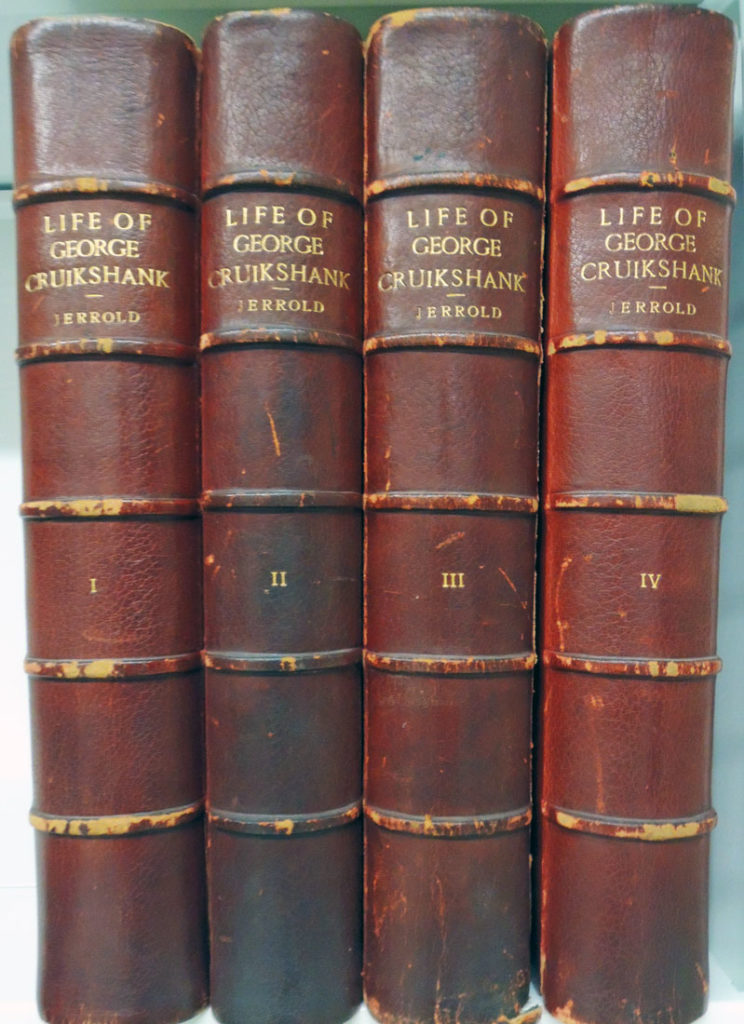 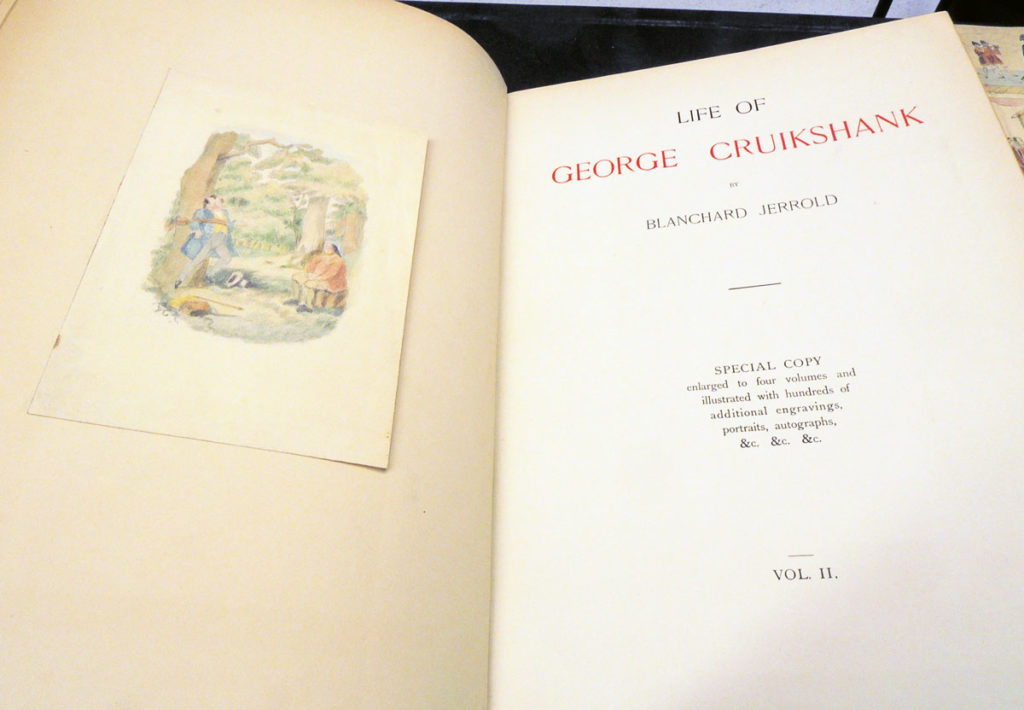 Thanks to the help of the Friends of the Princeton University Library, the Graphic Arts Collection has acquired an enlarged and extra-illustrated copy of Blanchard Jerrold (1826-1884), The Life of George Cruikshank (London: Chatto and Windus, 1880 (1882)). These four folio volumes are packed with 1,052 additional hand-colored etchings, engravings, portraits, map, letters, drawings, watercolors, and other significant works highlighting and elaborating on the original text. 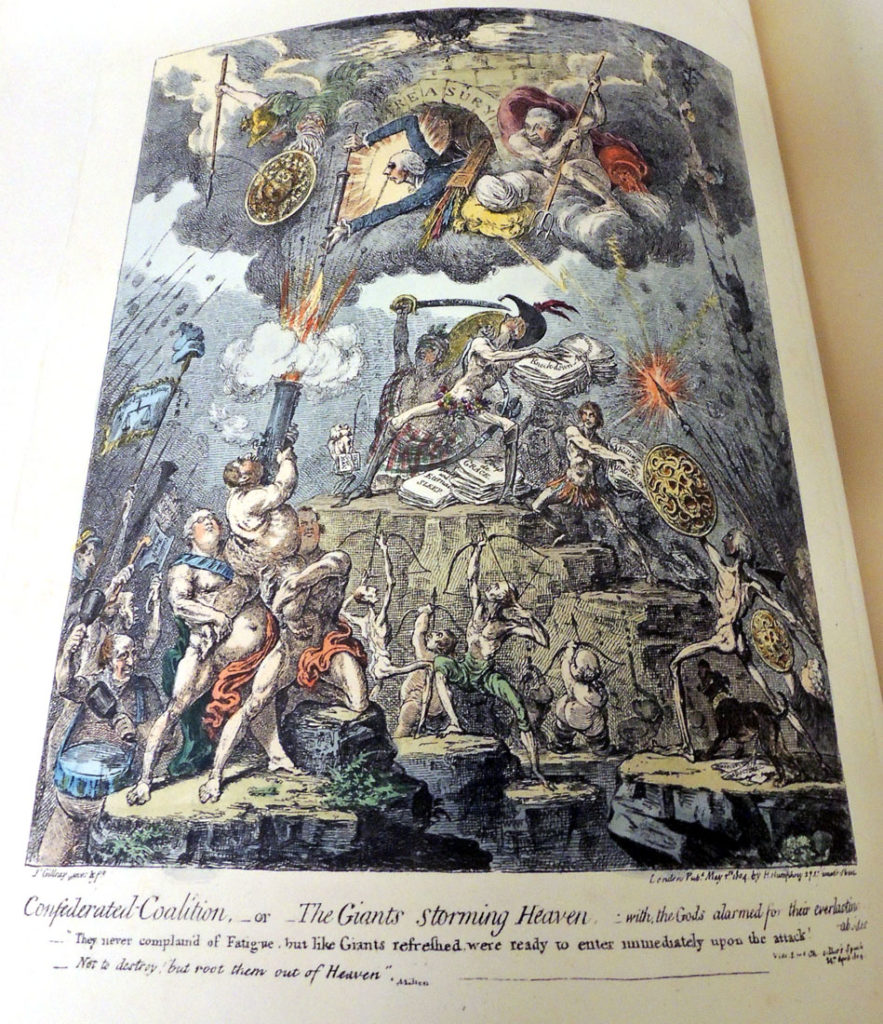 The Life of George Cruikshank is not an uncommon book, Princeton has several. The text was prepared four years after Cruikshank’s death in 1878 as an homage to the artist. Extra-illustrated versions are also included in our collection but they do not compare to our new acquisition.

Previously, the largest volume in Princeton’s collection was comprised of two octavo books (as published) with 78 additional plates. Our new acquisition is three times the size with extra material from the whole of Cruikshank’s oeuvre, beginning with his earliest caricatures to his book illustrations (especially Dickens) to his obsession with Temperance, including such series as Monstrosities (Fashion), Oliver Twist, Hunting Stories, The Bottle, Drunkard’s Children and many others. Several prints are signed by Cruikshank in pencil and there are frequent notes concerning their rarity. 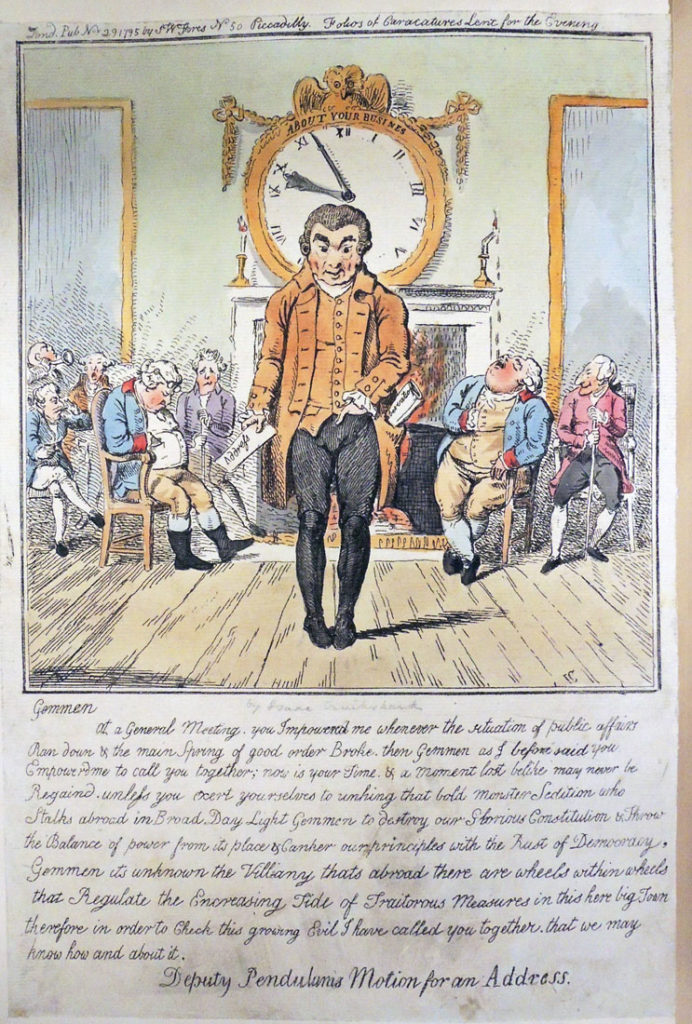 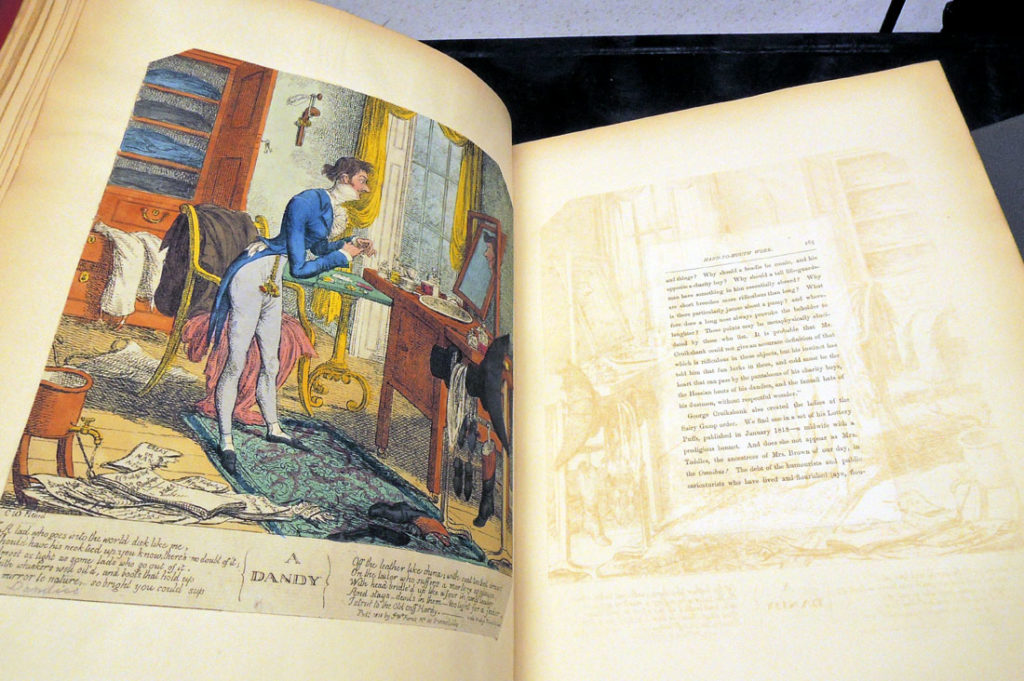 There are many plates of London views and haunts; portraits of the Royal family and leading celebrities; playbills and posters for theater productions; along with many prints by Cruikshank’s family and colleagues, such as Thomas Rowlandson, Isaac Cruikshank, James Gillray, Robert Cruikshank and others.

There are seventeen manuscripts and signed items including autograph letters by George Cruikshank, Ruskin, Jerrold, Crowquil, and others. One letter has been attributed to Guy Fawkes. 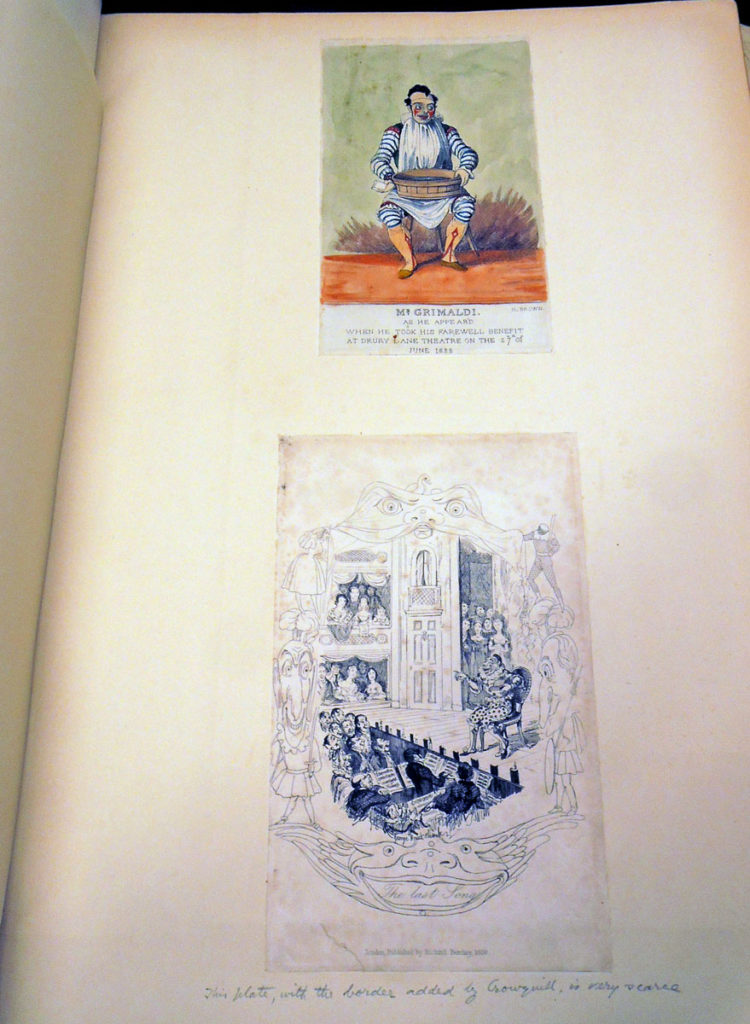 Note the added borders on the lower print. 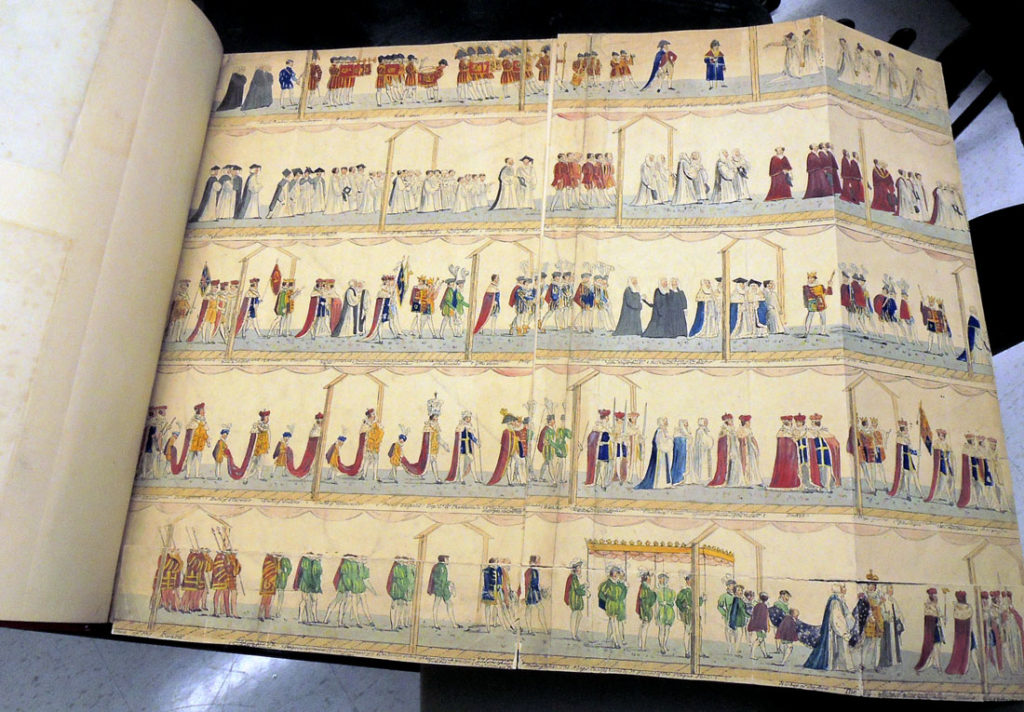 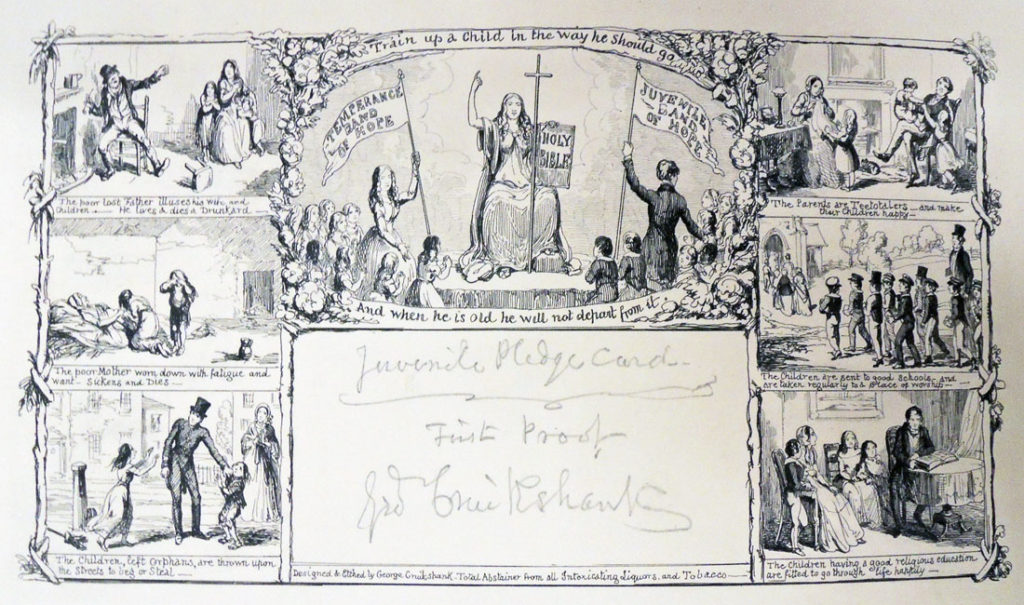 Extra-illustrated books are receiving attention from a new generation of scholars. A major conference is planned for next spring at the Herzog August Library in Wolfenbüttel, Germany along with a special issue of the journal Wolfenbütteler Notizen zur Buchgeschichte on the subject.

In his study of the history, symptoms, and cure of a fatal disease caused by the unrestrained desire to possess printed works, Thomas Frognall Dibdin observes that “[a] passion for a book which has any peculiarity about it,” as a result of grangerising by means of collected prints, transcriptions, or various cutouts, “or which is remarkable for its size, beauty, and condition—is indicative of a rage for unique copies, and is unquestionably a strong prevailing symptom of the Bibliomania.” 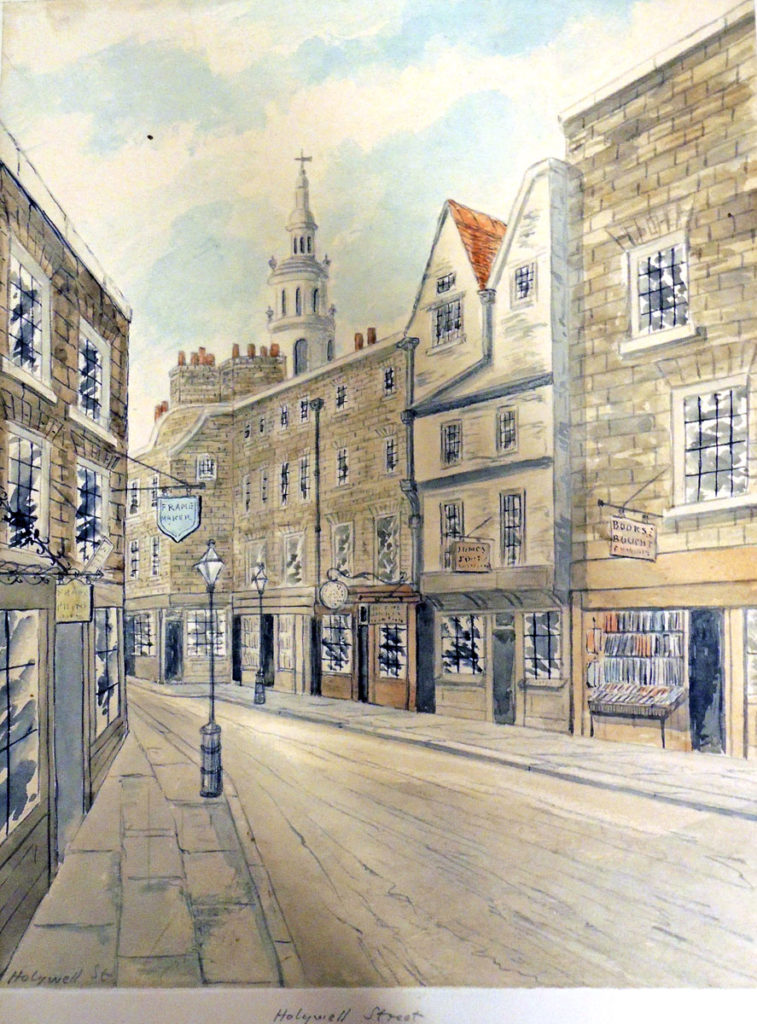 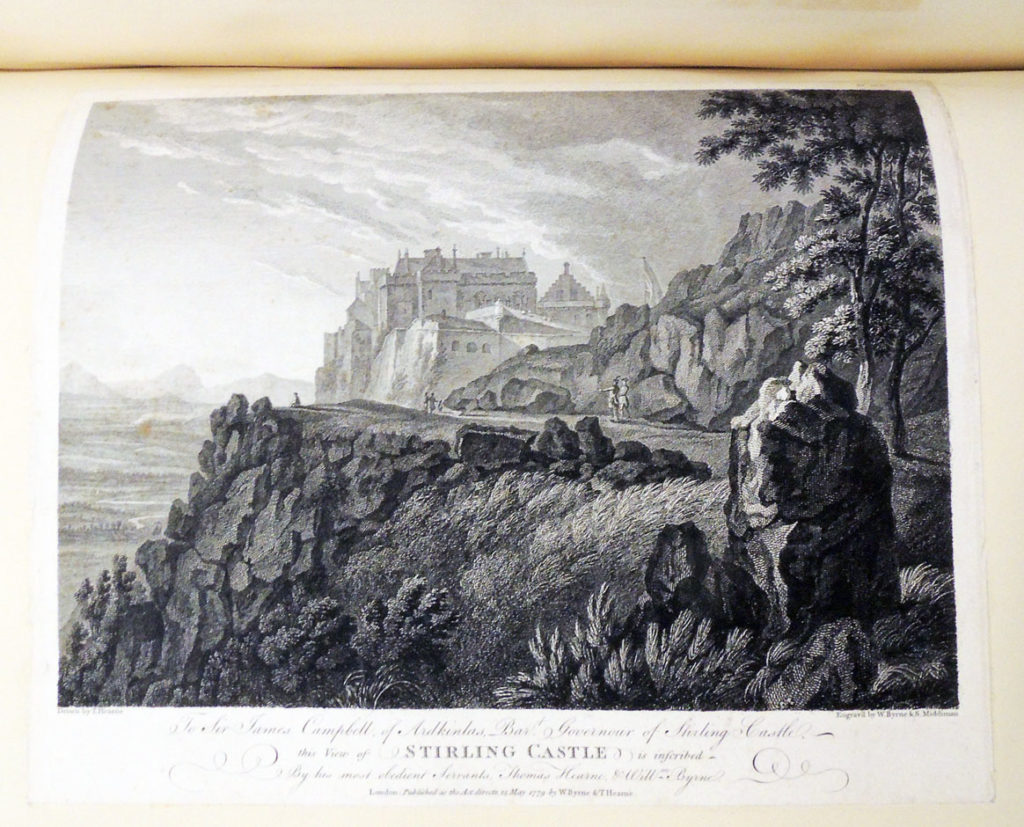 These volumes join Princeton University Library’s collection of over 1000 of Cruikshank’s caricatures and over 100 of his drawings, collected by Richard Waln Miers, Class of 1888. Thanks to our Friends, these new materials enhance an already great collection, bringing added rewards to our students and to scholars worldwide. 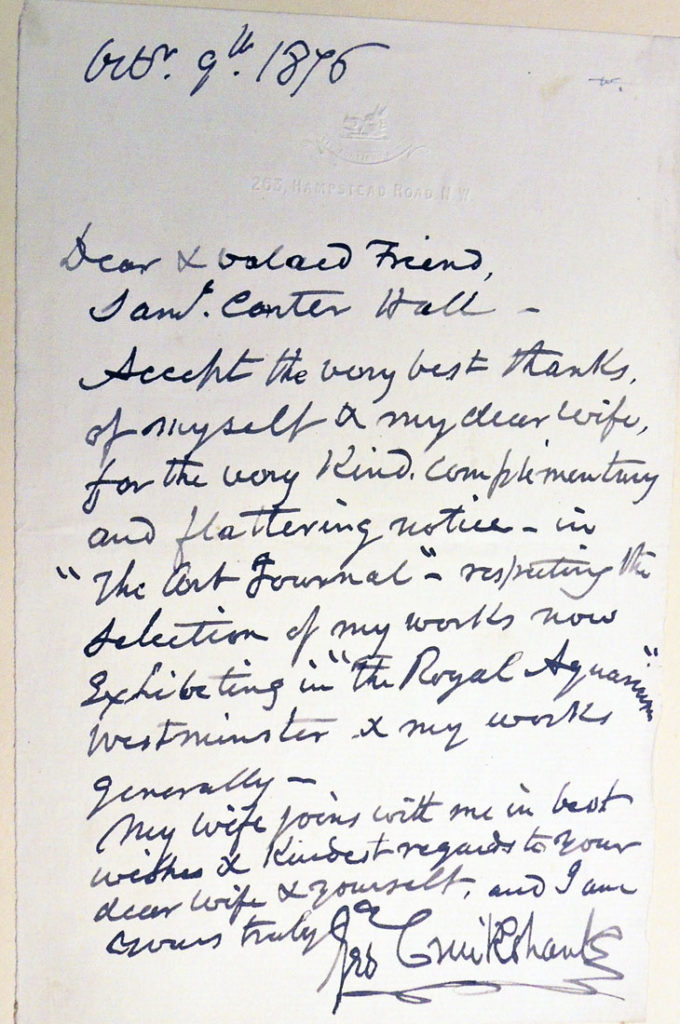 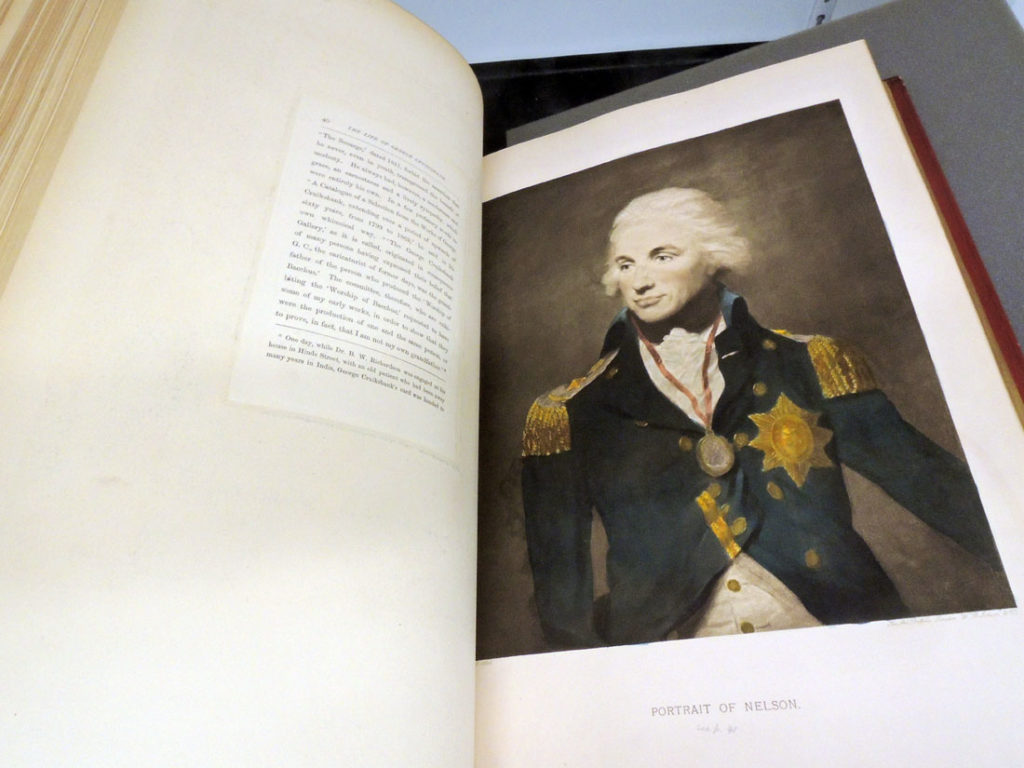