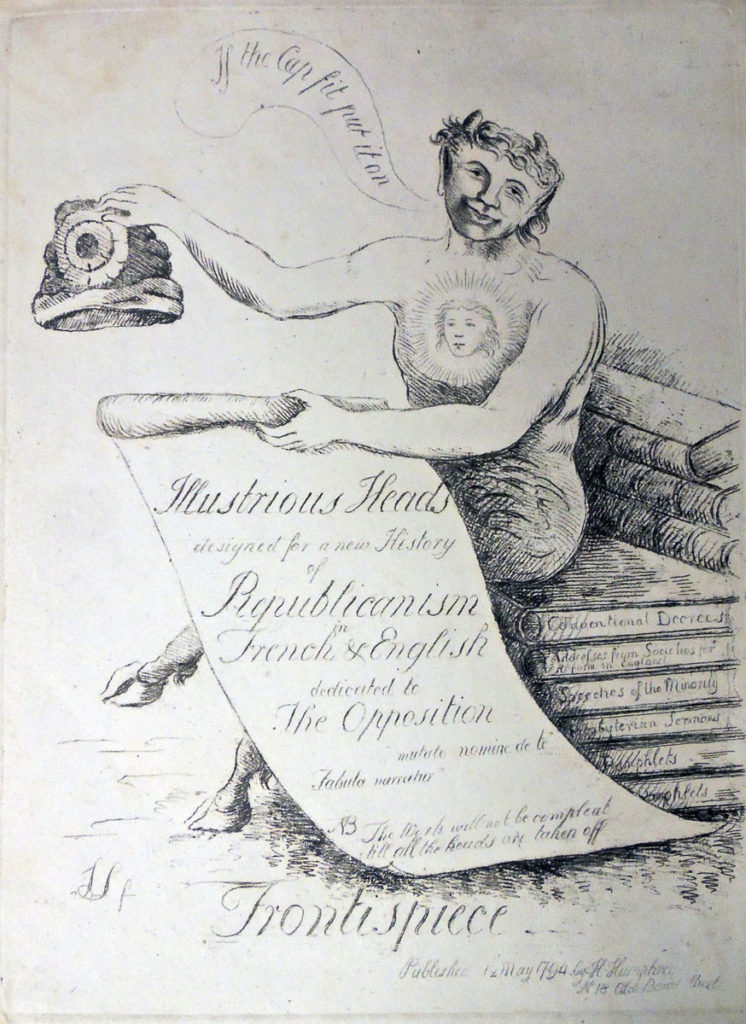 James Sayers (1748-1823), Illustrious Heads designed for a new History of Republicanism, in French and English, dedicated to the Opposition.1794. London: Hannah Humphrey. Lettered with both titles and “JS / Published 12th May 1794 by H.Humphrey No.18 Old Bond Street.” 9 etchings on wove paper. Graphic Arts Collection GAX 2017- in process 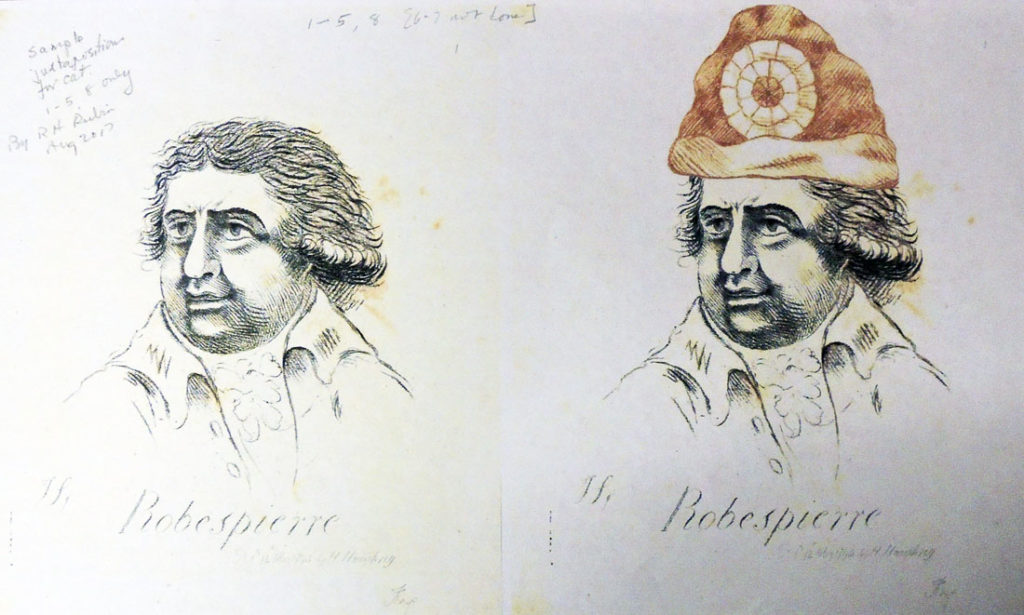 An example of a print with and without a liberty cap 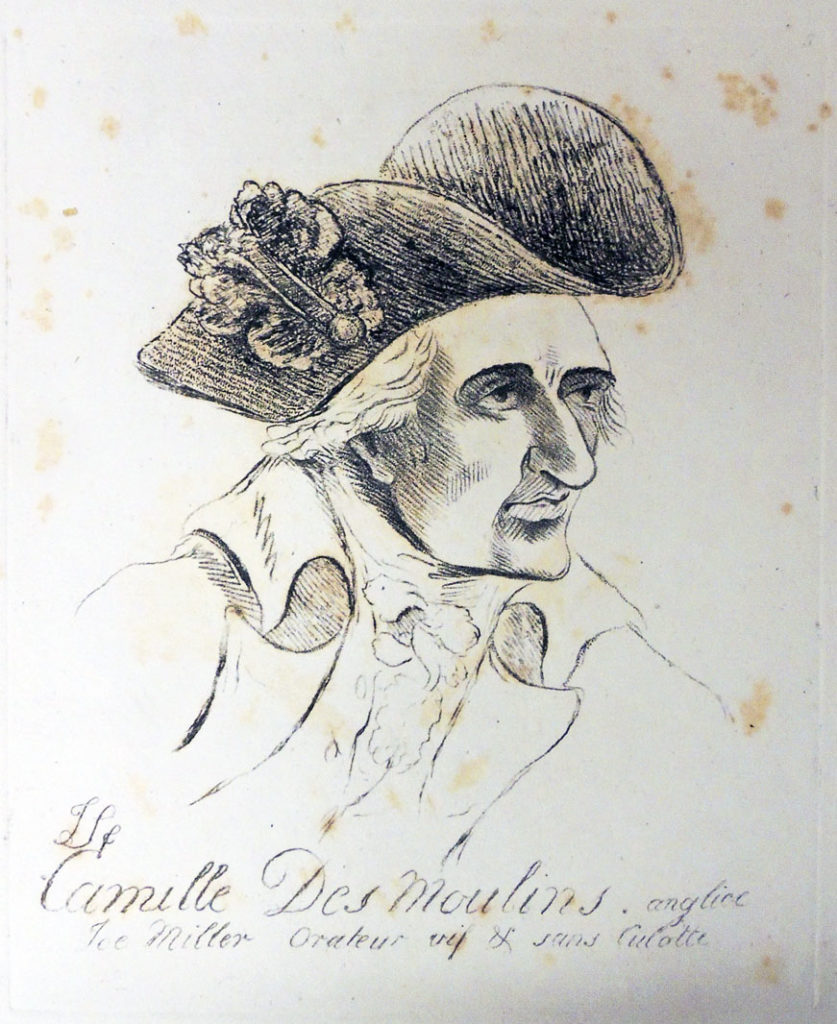 On May 12, 1794, Hannah Humphry’s Old Bond Street print shop released a set of satirical prints by James Sayers (1748-1823) titled “Illustrious Heads.” The eight portraits and a cover sheet were “dedicated to the Opposition,” transforming eight prominent British politicians into French patriots, with new names and the “bonnet rouge” (liberty cap). “Mutato nomine de te Fabula Narratur,” = “Change the name and the joke’s on you [or the story is about you].”

The title sheet features a satyr sitting on a pile of books, who warns, “If the cap fit put it on,” and then adds, “The work will not be compleat till all the heads are taken off.”

Collectors took the set home and cut out the hat (making that sheet extremely rare), so that it could be put on each of the illustrious heads. Princeton’s newly acquired set is complete except for the cap, which is a facsimile. 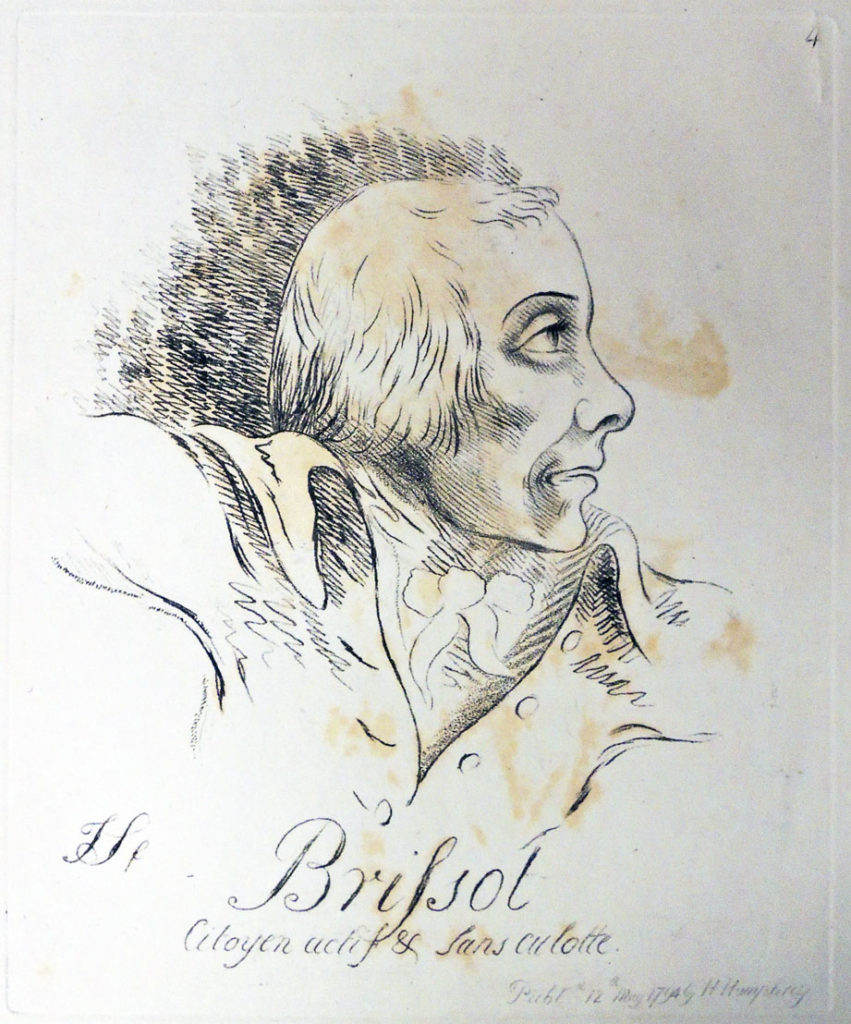 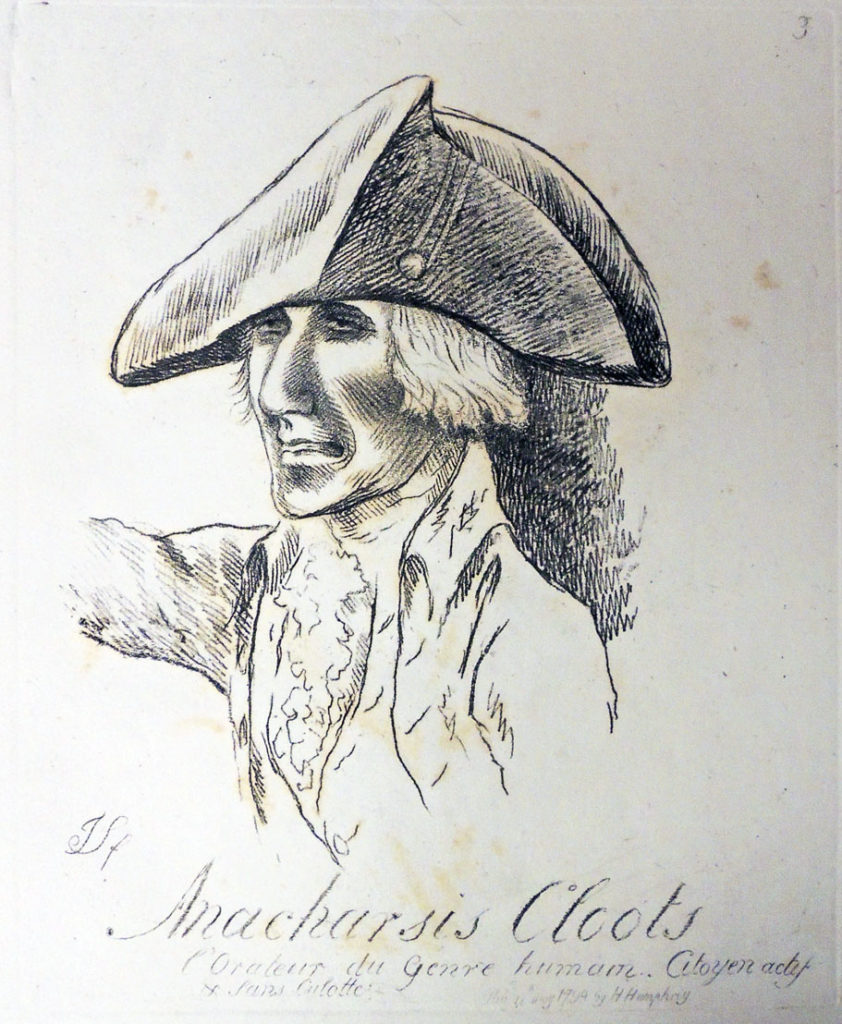 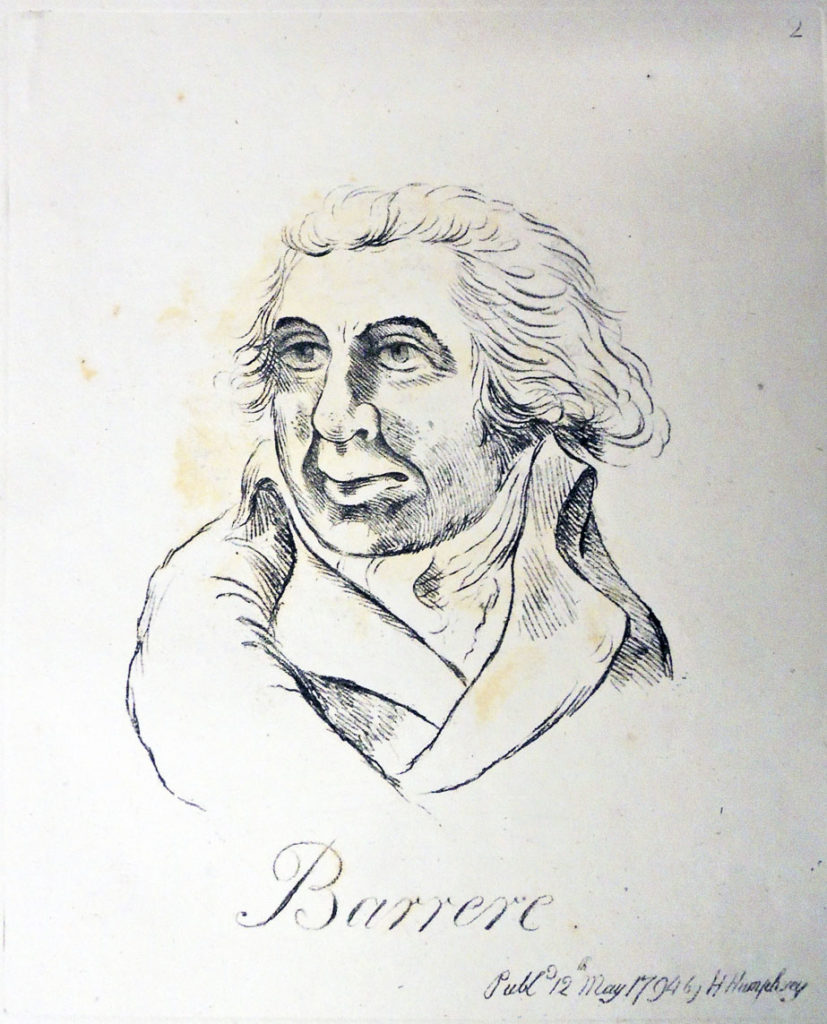 The Sayers entry in the Dictionary of National Biography notes,

“From 1783 onwards, for several years, he drew a series of caricatures, . . . mainly upon Fox, but subsequently upon Burke and other opponents of Pitt. These caricatures . . . were so powerful and direct in their purpose that Fox is said to have declared that Sayers’s caricatures did him more harm than all the attacks made on him in parliament or the press.” 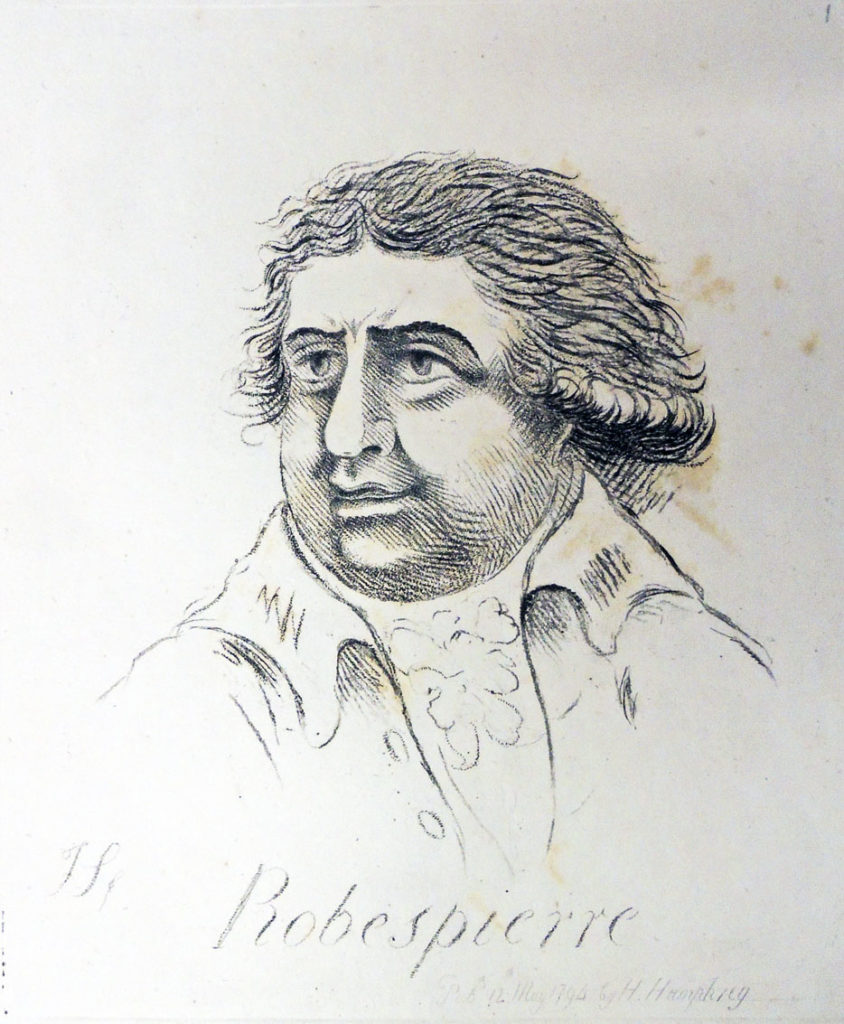 The set includes these British figures, renamed after their French counterpart: 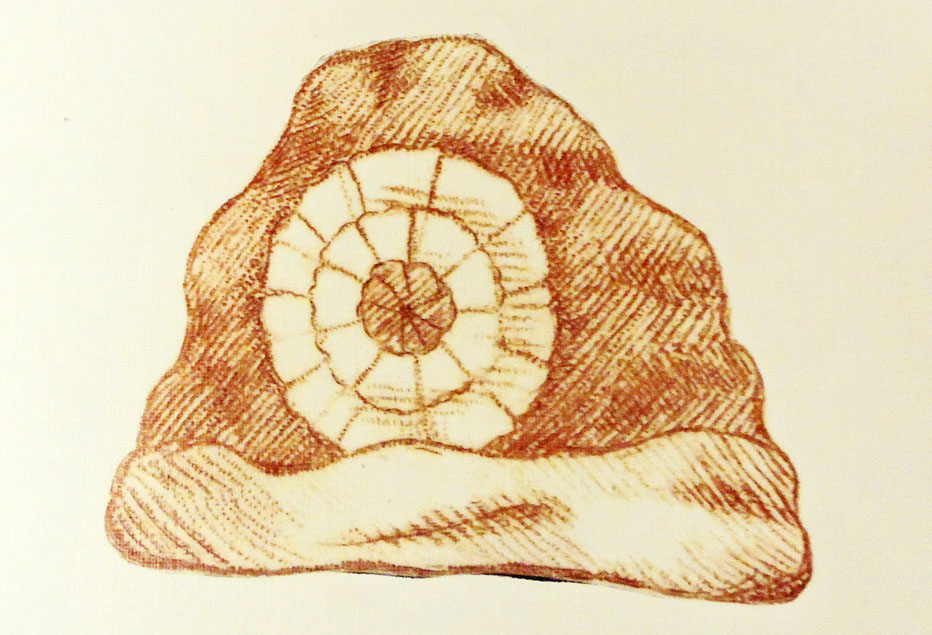