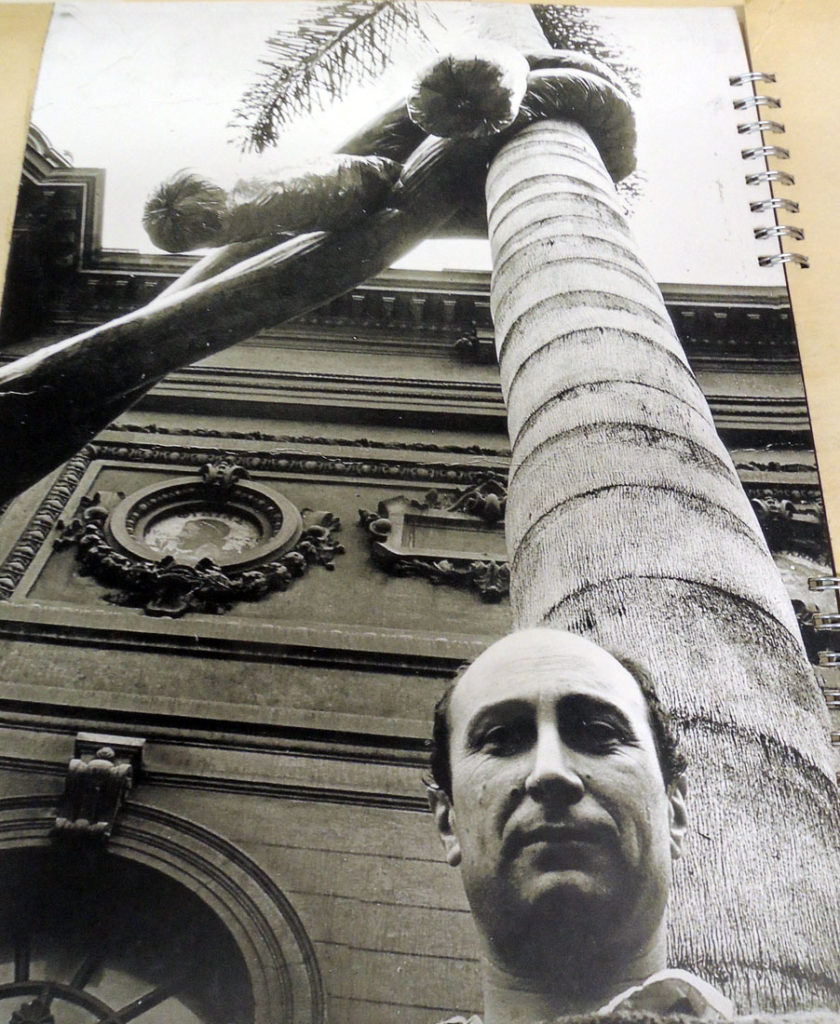 In October 1969, the Chilean sculptor Juan Pablo Langlois converted Santiago’s National Museum of Fine Arts (MNBA) into “en objeto de la primera intervención artística de carácter público” [the object of the first artistic intervention of a public nature]. The work consisted of a large nylon sleeve filled with diaries, which began on the second floor, circled through the balcony, descended the staircase, and exited through a window, where it was tied to one of the palm trees in the front yard.

Forty years later, this seminal Chilean work of conceptual art was recreated on the second floor of the MNBA and a facsimile edition of the exhibition catalogue was published with drawings and photographs documenting the project. Thanks to the support of the Program in Latin American Studies, we are fortunate to acquire the rare, limited edition re-publication.

According to the curator Ramón Castillo, the re-assembly of “Cuerpos Blandos” has a double meaning. “On the one hand, it is an exercise that activates in memory a key moment for contemporary Chilean art and, at the same time, points to an artist who turns his work into a collective action, since Langlois will receive the contribution of the public and the collaboration of art students for its execution, as well as allowing the public to appreciate the execution and installation process.” 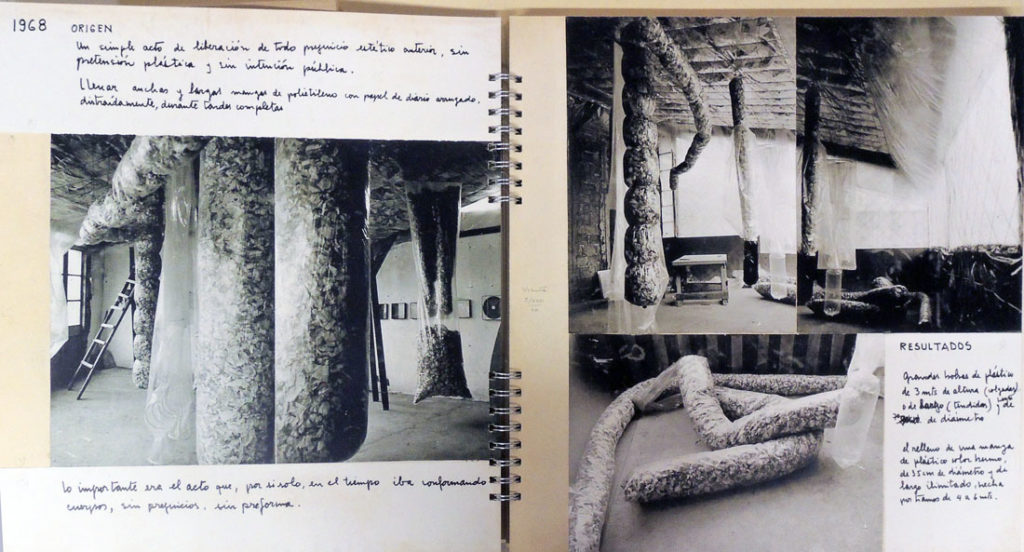 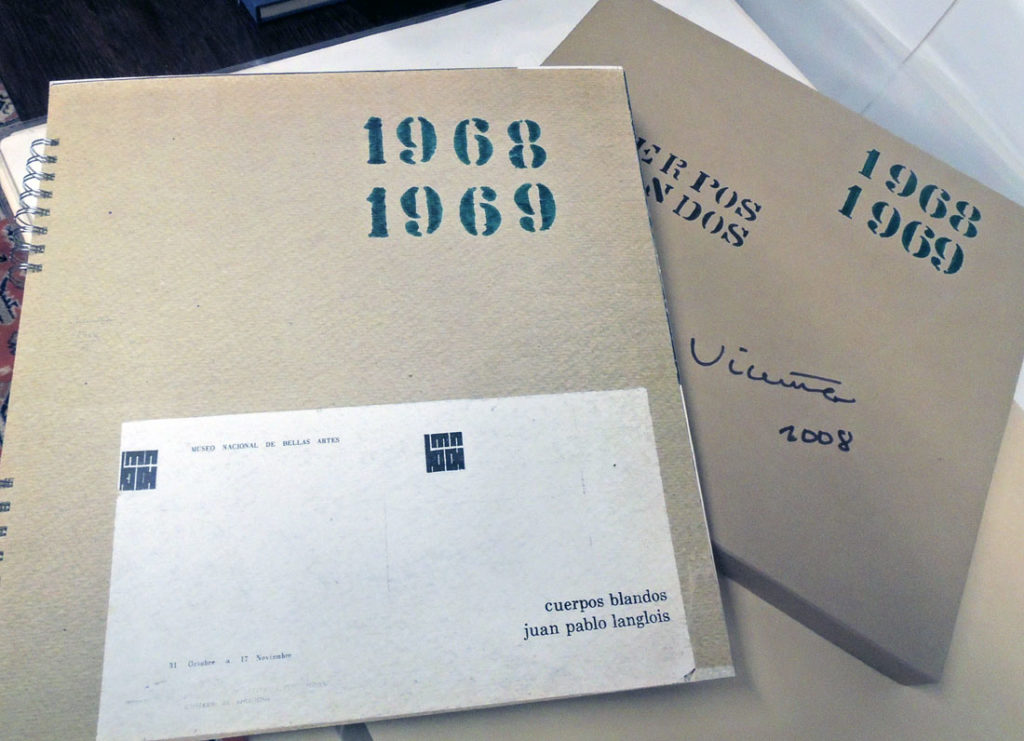 “The Chilean sculptor, installer, and visual artist was born in Santiago on February 26, 1936. Between 1952 and 1962 he studied architecture at the Pontificia Universidad Católica de Chile and at the Catholic University of Valparaíso. He receives the influence of Joseph Albers, professor of the Bauhaus in a course of six months that the professor dictates in Chile. His first visual works are closely related to his training as an architect and consist of two-dimensional research on optical art.

At the end of the sixties, he abandoned this tendency to develop a conceptual work made of paper, cardboard and wood, where he emphasized the critical reflection of Chilean society. Finally, Langlois abandons in a radical way the use of traditional elements of art to openly inaugurate the practice of installation in Chile. Since 1969, his work has been exhibited on several occasions in the National Museum of Fine Arts, as well as in other galleries and museums in Chile and abroad. He has received distinctions such as the Third Prize at the VIII International Art Biennial of Valparaíso in 1987 and the Gunther Prize of Santiago in 1995, among others.”–http://www.mnba.cl/617/w3-article-8863.html

For more about Langlois: http://www.artistasvisualeschilenos.cl/658/w3-article-40063.html 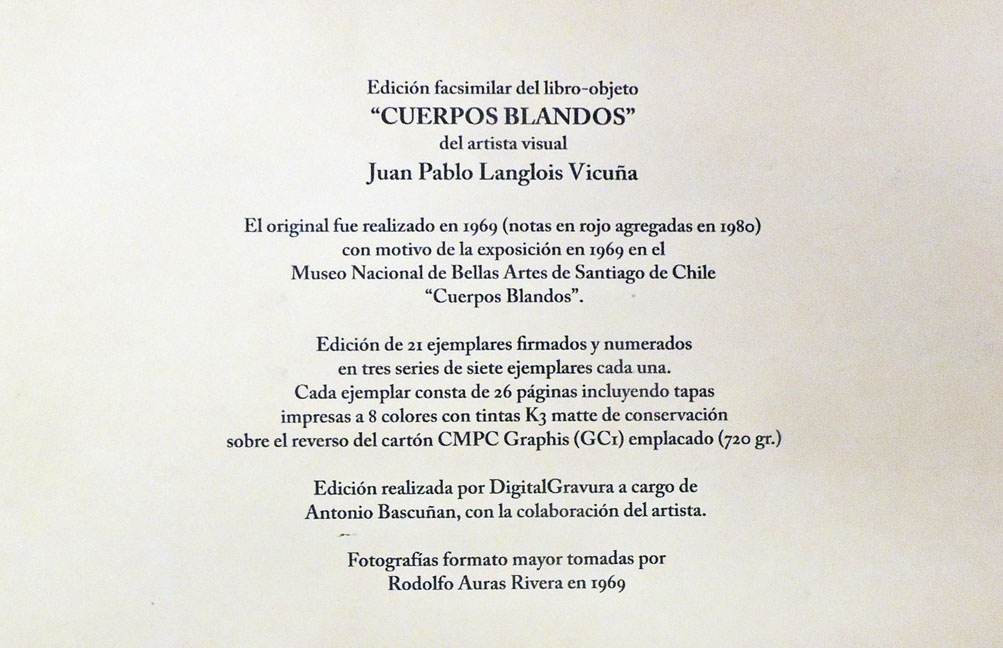 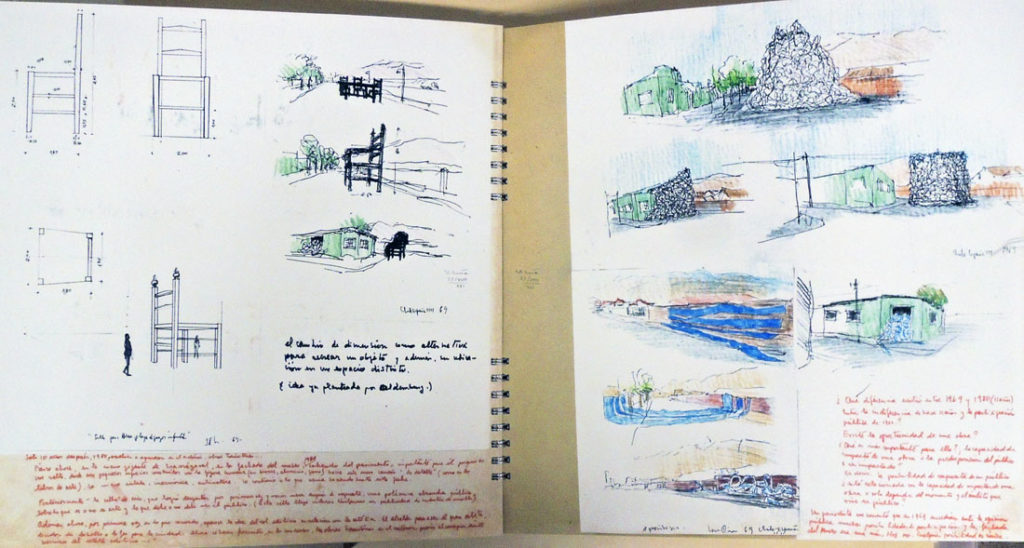 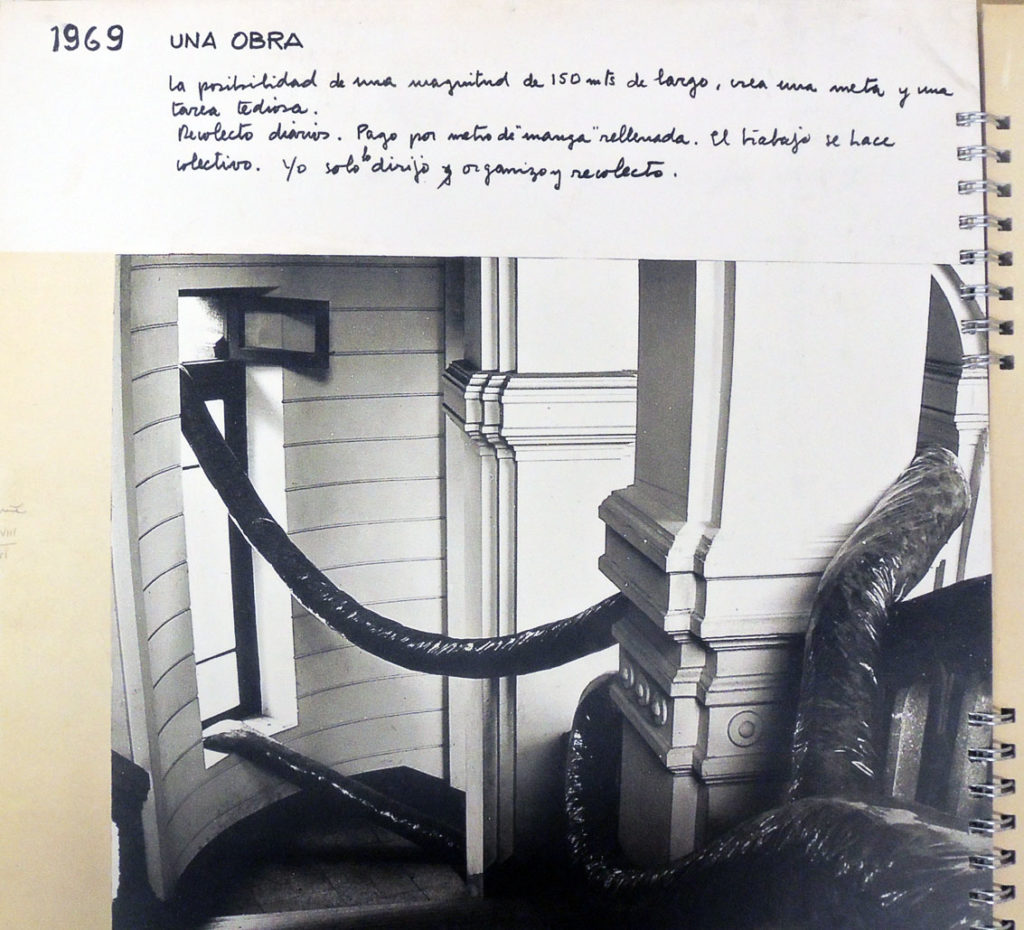 See also: Juan Pablo Langlois Vicuña, De Langlois a Vicuña (Santiago de Chile : AFA Editions, 2009). Summary note: Book devoted to sculptor and installation and visual artist Juan Pablo Langlois Vicuña (b. Chile 1936), considered by many as the “Father of Contemporary Art in Chile”. Conceived as a “document of artist”, the exhaustive work presents his extraordinary and diverse art production (installations, paper sculptures, collages, etc.) from 1969-2008, a chronology of his 39 exhibitions, his artist’s books and his thoughts about art. Includes and interview and a theoretical text. Marquand Library (SA) N7433.4.L363 A4 2009