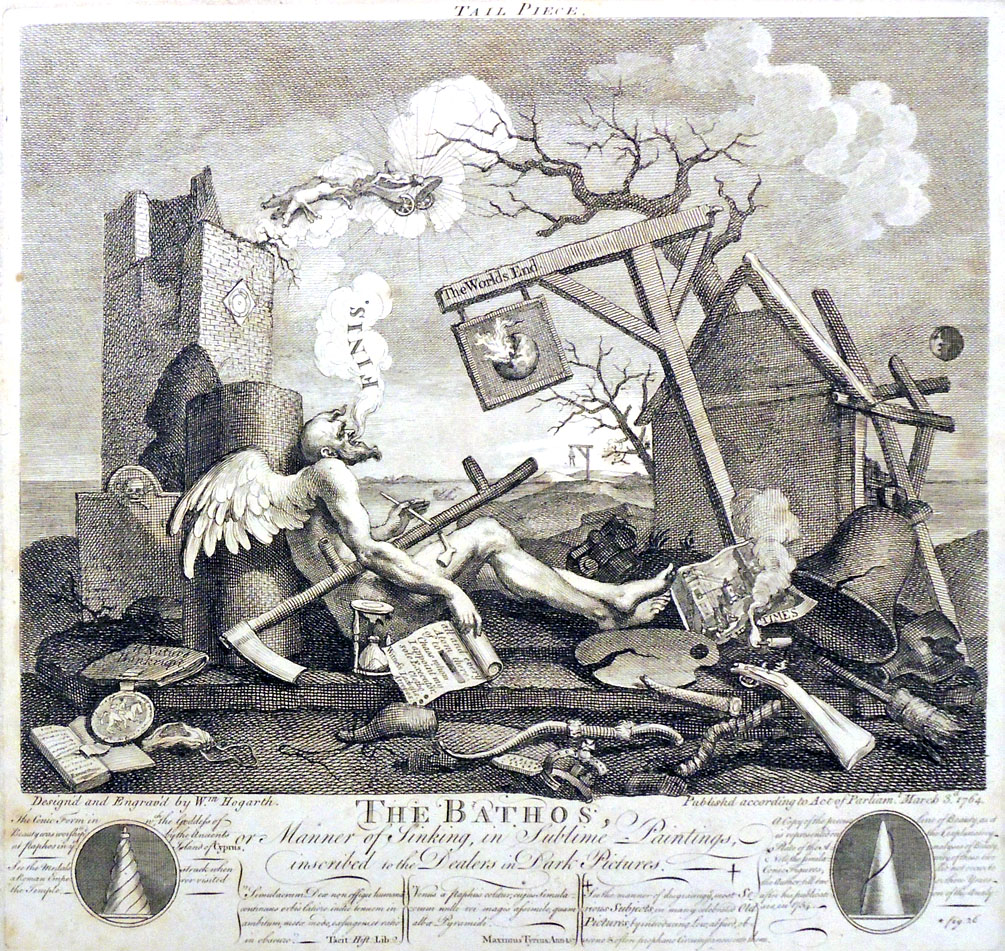 There was a reference question this week concerning Hogarth’s last print, The Bathos, which is filled with all manner of images denoting the end of life as we know it. This led to a close reading, following entry no.216 in Ronald Paulson’s catalogue raisonne Hogarth’s Graphic Works, 3rd revised edition.

Paulson writes “This print is the culmination of such pessimistic images . . . . [taking] his general composition, the configuration of objects, and some of the particular items, from Dürer’s engraving, Melancholia; but he also recalls Salvator Rosa’s Democritus in Meditation (which derives from Dürer’s print) with a scroll at the bottom of the etching: ‘Democritus the mocker of all things, confounded by the ending of All Things’ (Antal, p.168).” 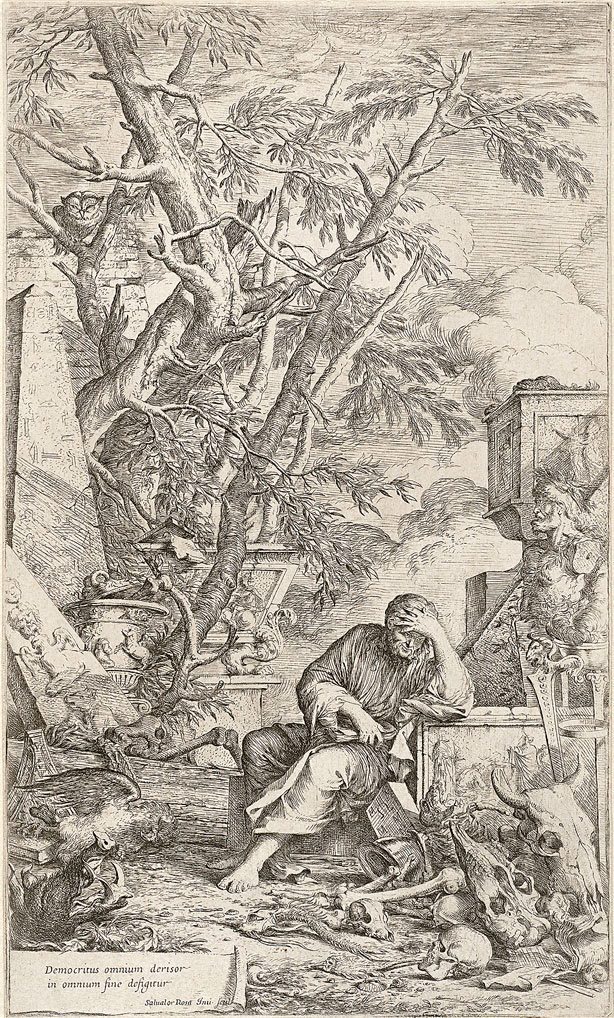 “But,” Paulson adds, “Roubiliac’s Hargrave Monument (Westminster Abbey, 1757), with crumbling pyramid and Time himself breaking his scythe across his knee, must have been Hogarth’s primary inspiration.” 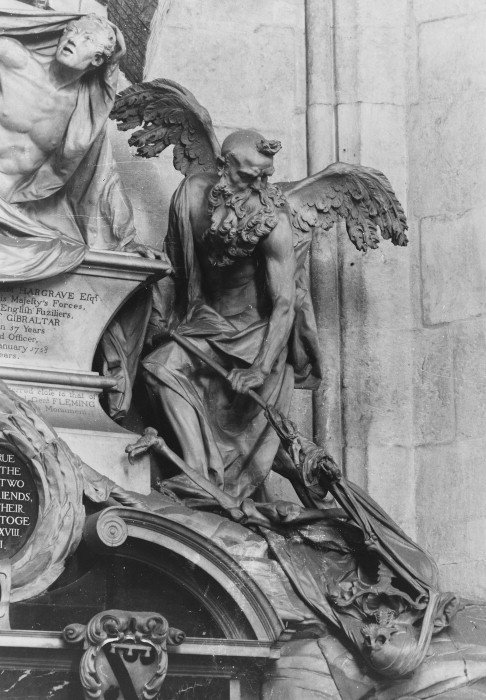 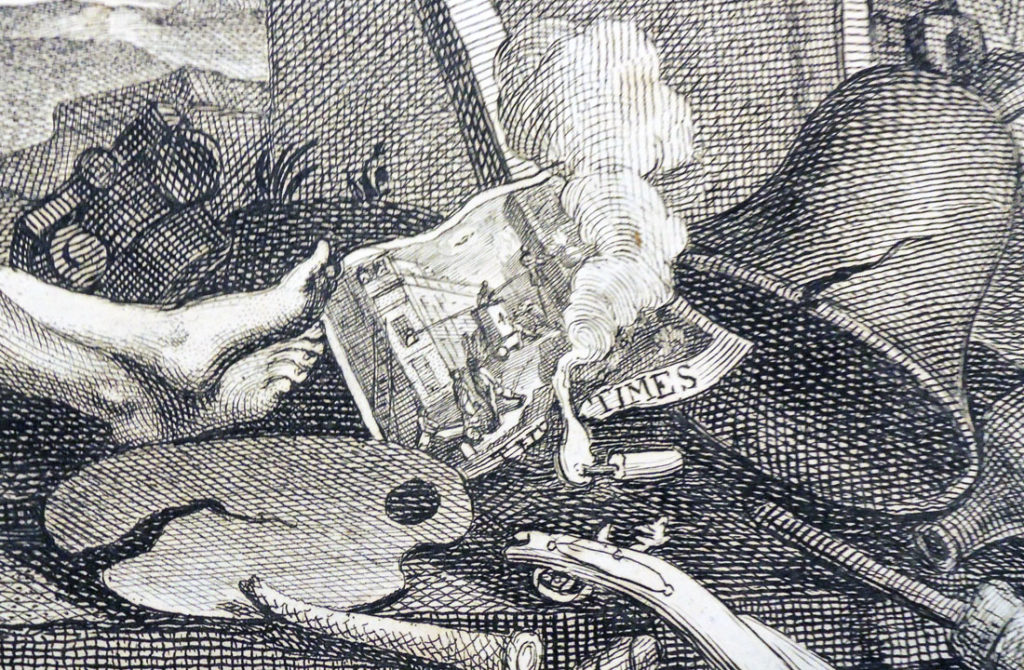 Hogarth includes several references to his own print The Times, including the entire sheet [seen above] catching on fire from a burning candle. Below we see a globe also on fire, as it is in the far right of The Times. 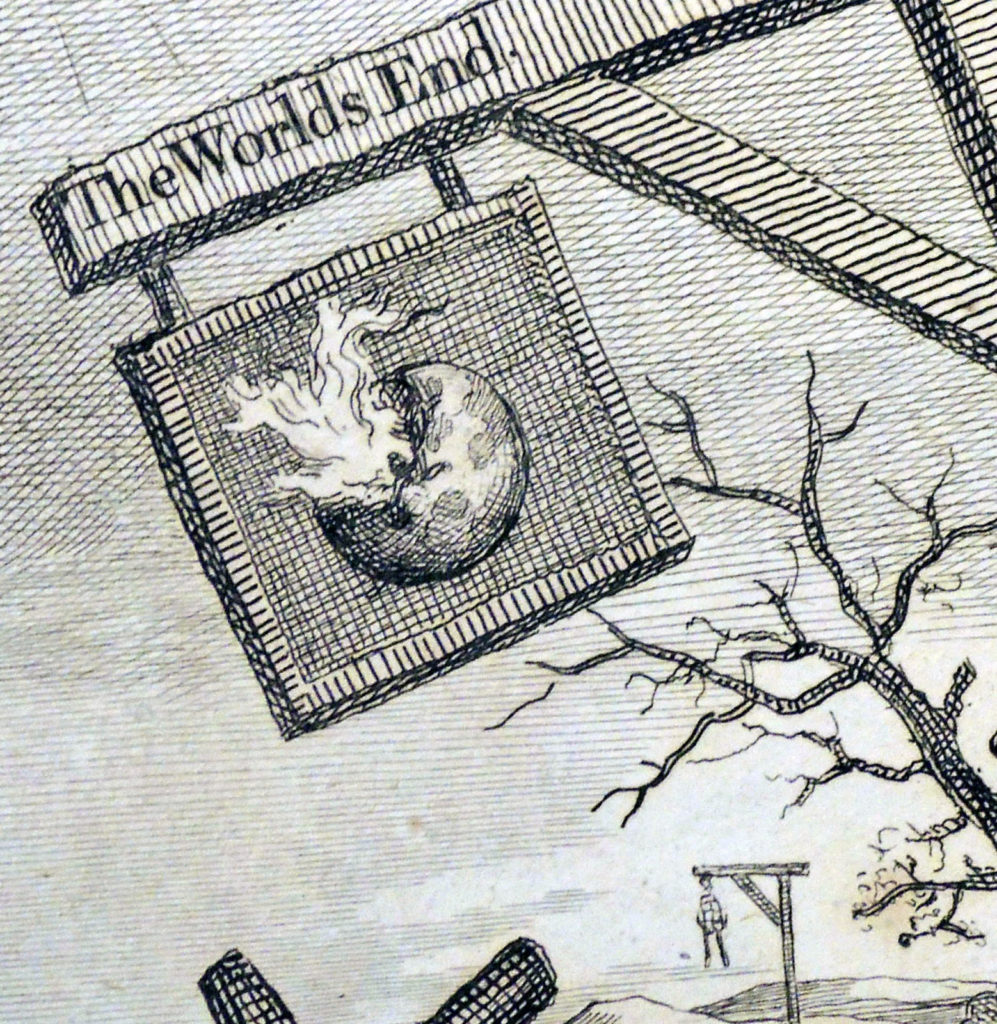 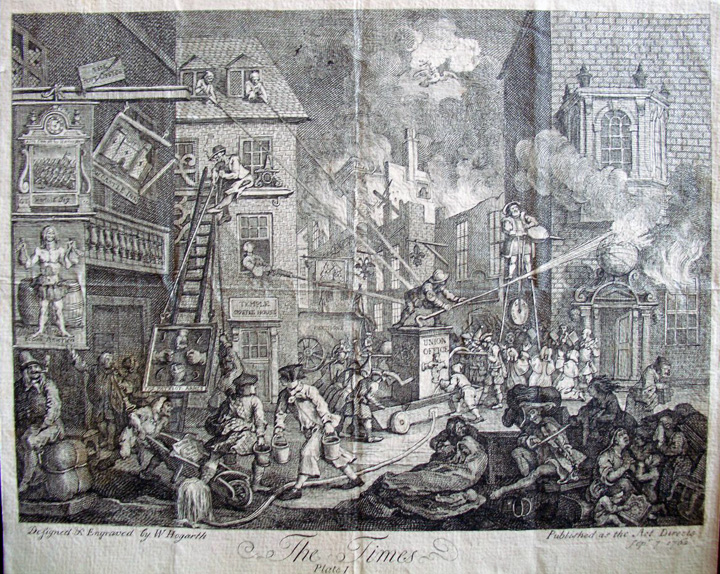 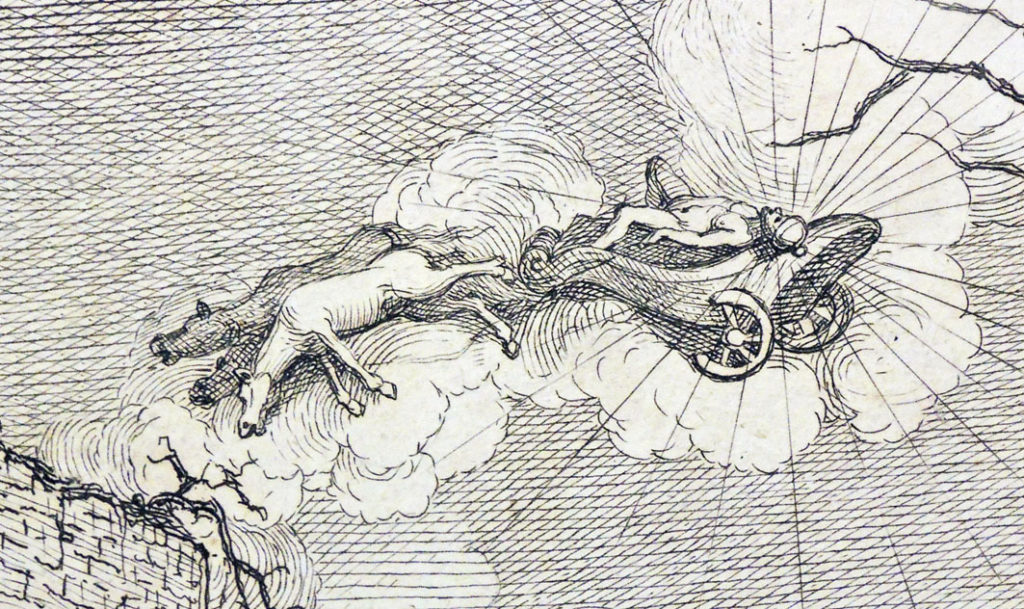 Paulson continues, “In the far distance is a sea with a sinking ship and a gallows on the shore (for hanging pirates). Above in the sky is Apollo and his horses dead, his chariot wheel broken, a limp parody of the group in Poussin’s The Kingdom of Flora.” 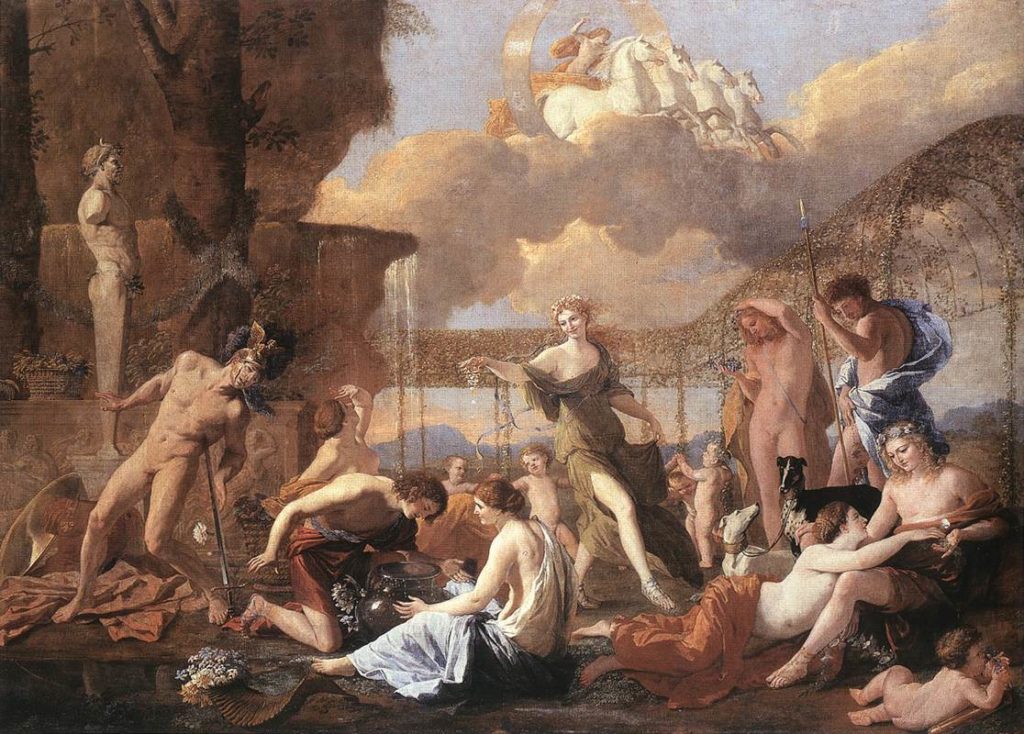 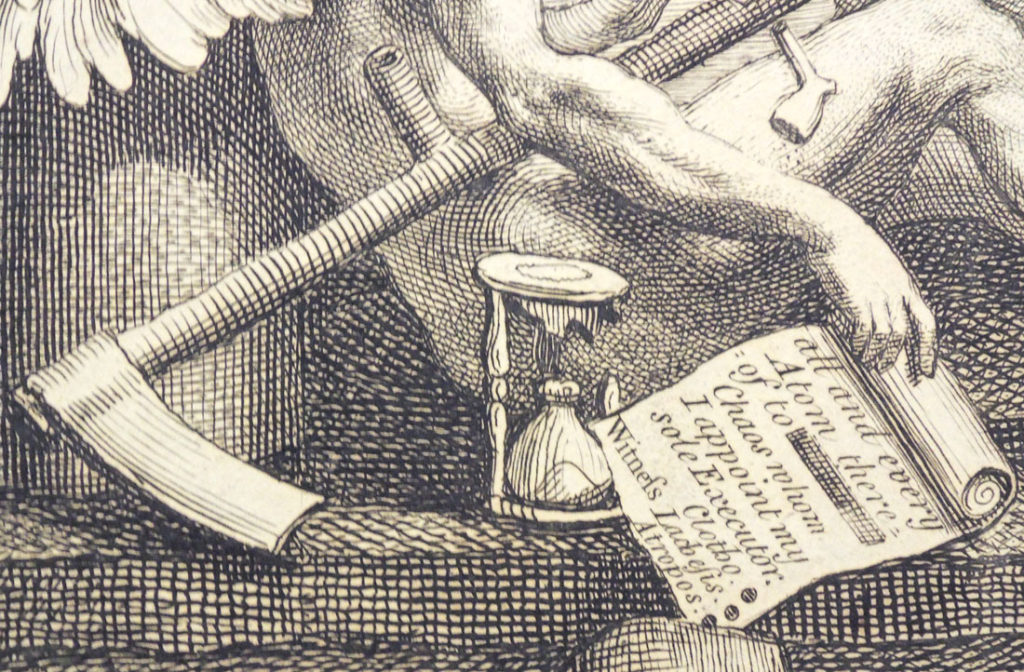 Time’s “last will and testament reads: ‘all and every Atom thereof to [name crossed out; beneficiary changed to ] Chaos whom I appoint my sole Executor. Witness Clotho. Lachesis. Atropos’ (the three Fates, with their seals).

Behind him lies a statute of bankruptcy with a pendant seal (a pale horse and pale rider, probably Death, on it), labeled “H. Nature Bankrupt”; and an empty purse. A playbook open to its last page and Exeunt Omnes” [This is a stage direction to indicate that all the actors leave the stage]. 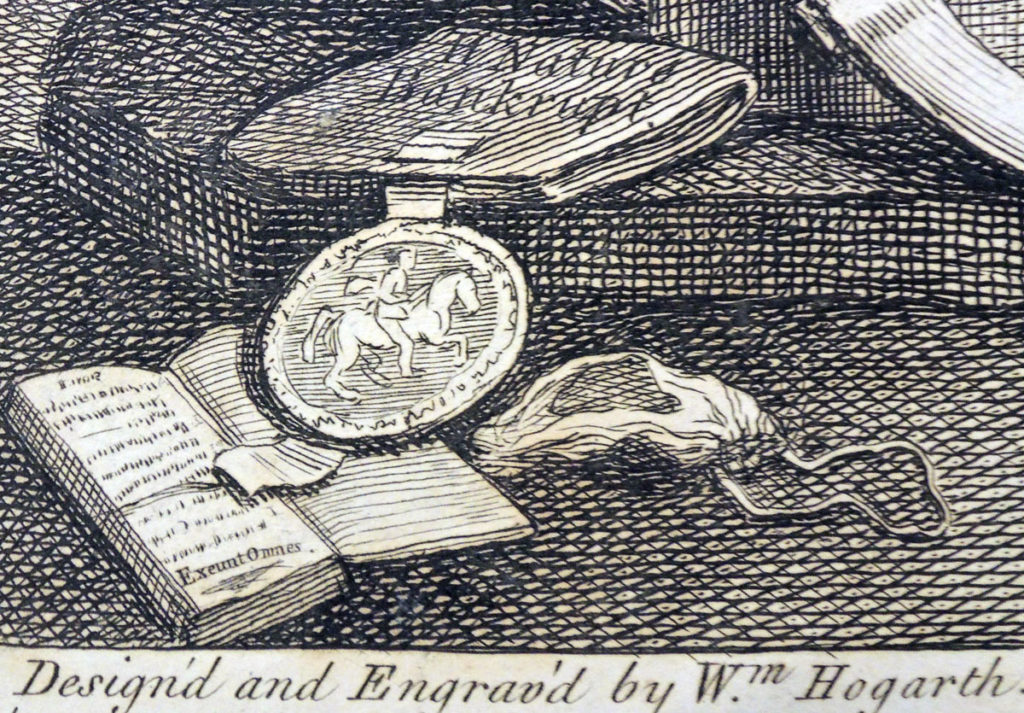 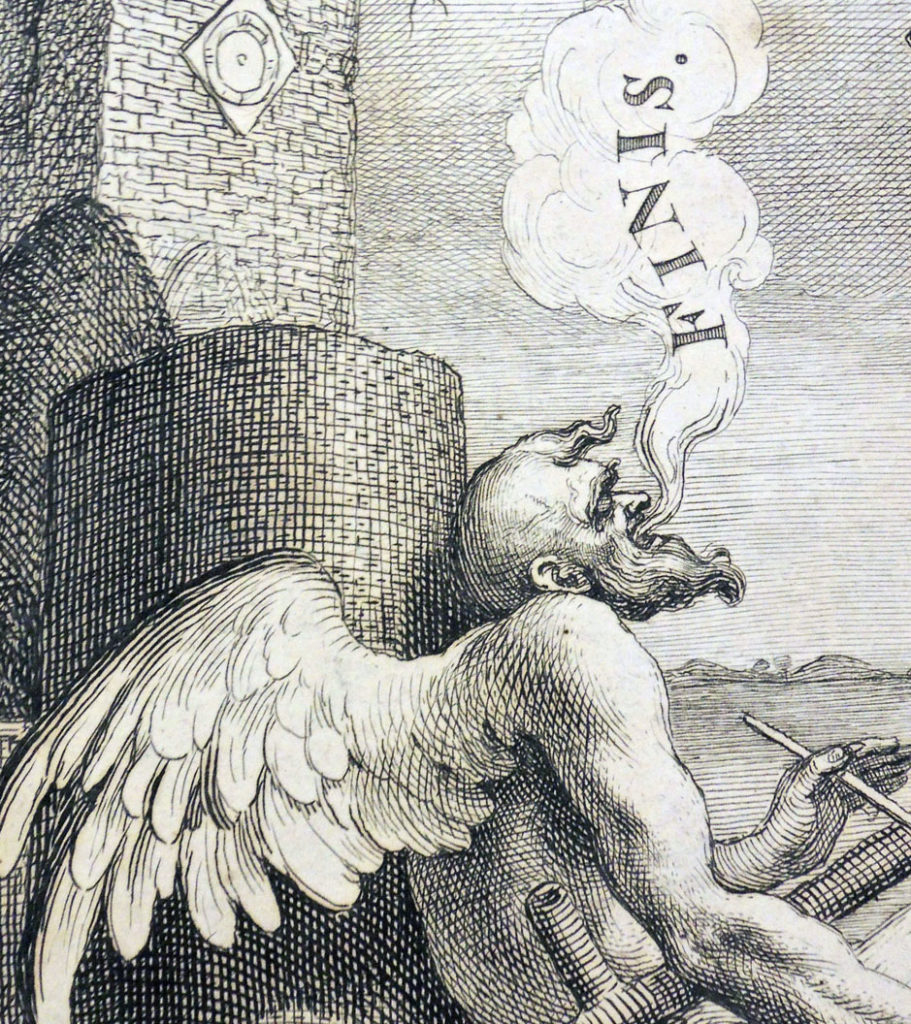