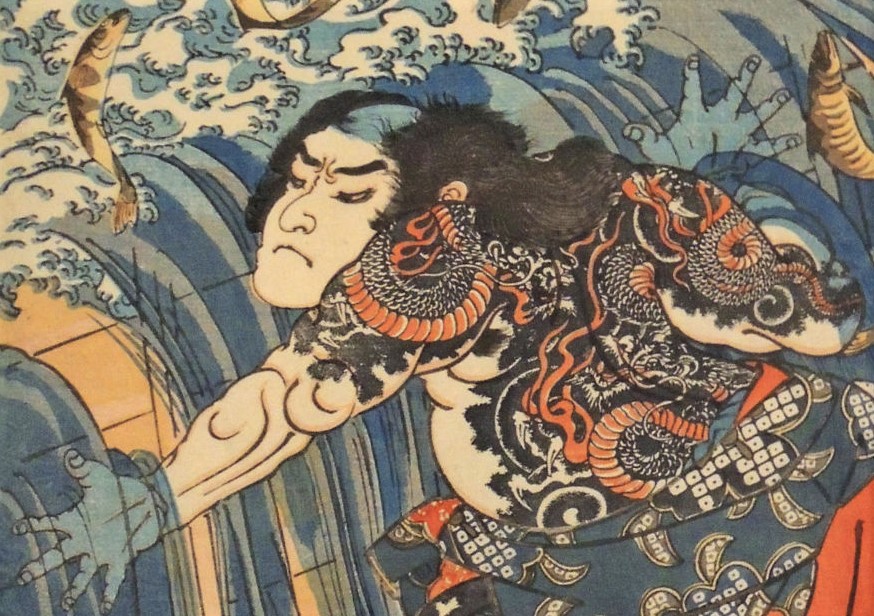 Detail of Hayakawa Ayunosuke’s tattooed back and arms 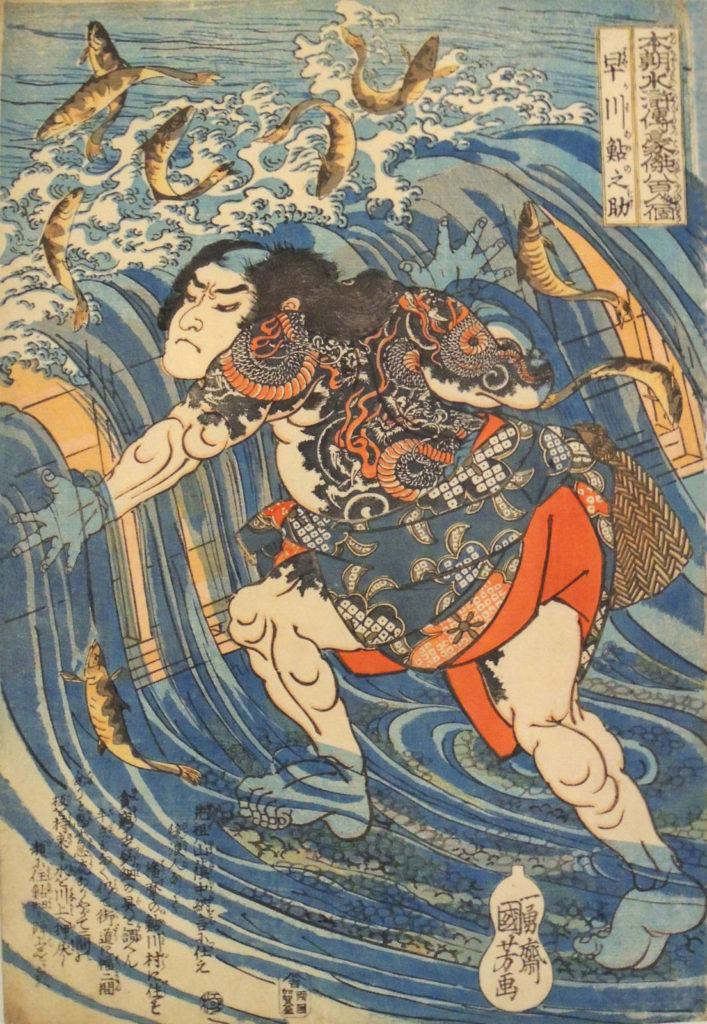 According to Sarah Thompson’s new book Tattoos in Japanese Prints, “the first Japanese translation of Water Margin (known as Suikoden) was published in parts from 1757 to 1790 and inspired several versions of the story set in Japan. Kuniyoshi’s prints of the late 1820s, however, were based on a more recent work, a new translation by the best-selling writer Kyotutei Bakin (1767-1849).” [Princeton has Suiko gaden (Tōkyō: Yūhōdō, Taishō 6 [1917]). Annex A, Forrestal J5880/4790 v.103-106.]

Utagawa Kuniyoshi added to the four heroes described in the book with tattoos and created eleven additional tattooed heroes. Thompson notes “The great success of Kuniyoshi’s first Water Margin series not only inspired tattoo artists but also made the genre of warrior prints, formerly a minor theme, one of the major categories of subject matter for print designers.”

One of these heroes is Hayakawa Ayunosuke, seen here damming the Ayukawa River in order to catch fish. He was one of the Ten Brave Retainers of Amago, who worked to restore the fortunes of the Amago clan after the civil wars of the 16th century.

This is an early edition of the print, with the seal of Kagaya Kichibei of Ryōgoku at the bottom, left of center. Popular demand led to many later editions. 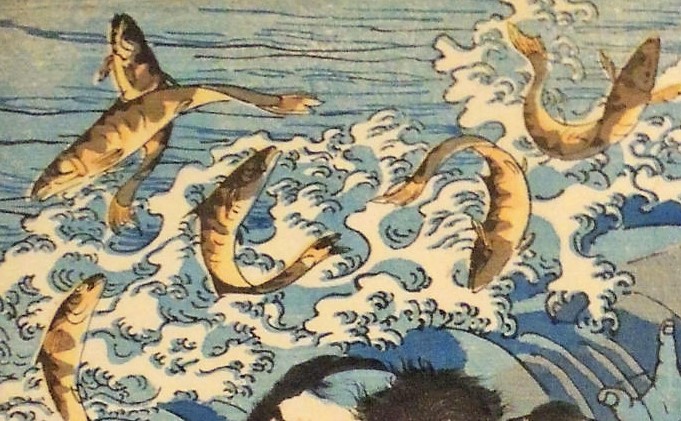 Sarah Thompson is the assistant curator of Japanese prints at the Museum of Fine Arts, Boston.

Save the date for Thompson’s visit to Princeton University on Friday afternoon, April 6, 2018, when she will deliver the second Gillett G. Griffin Memorial Lecture.