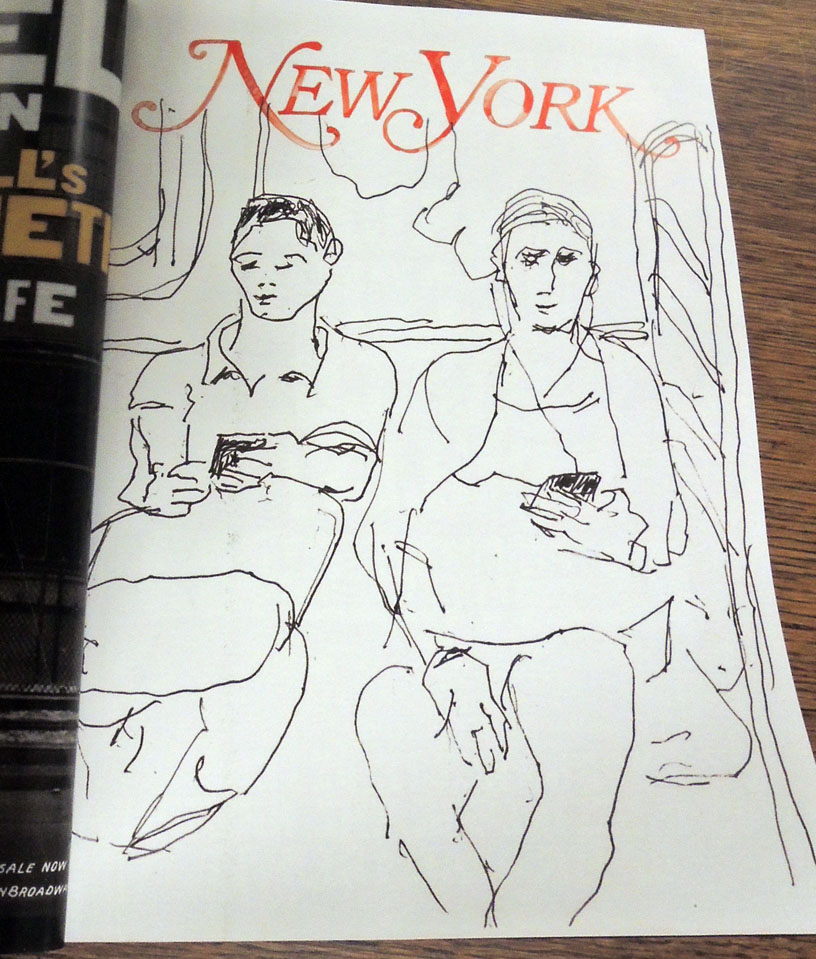 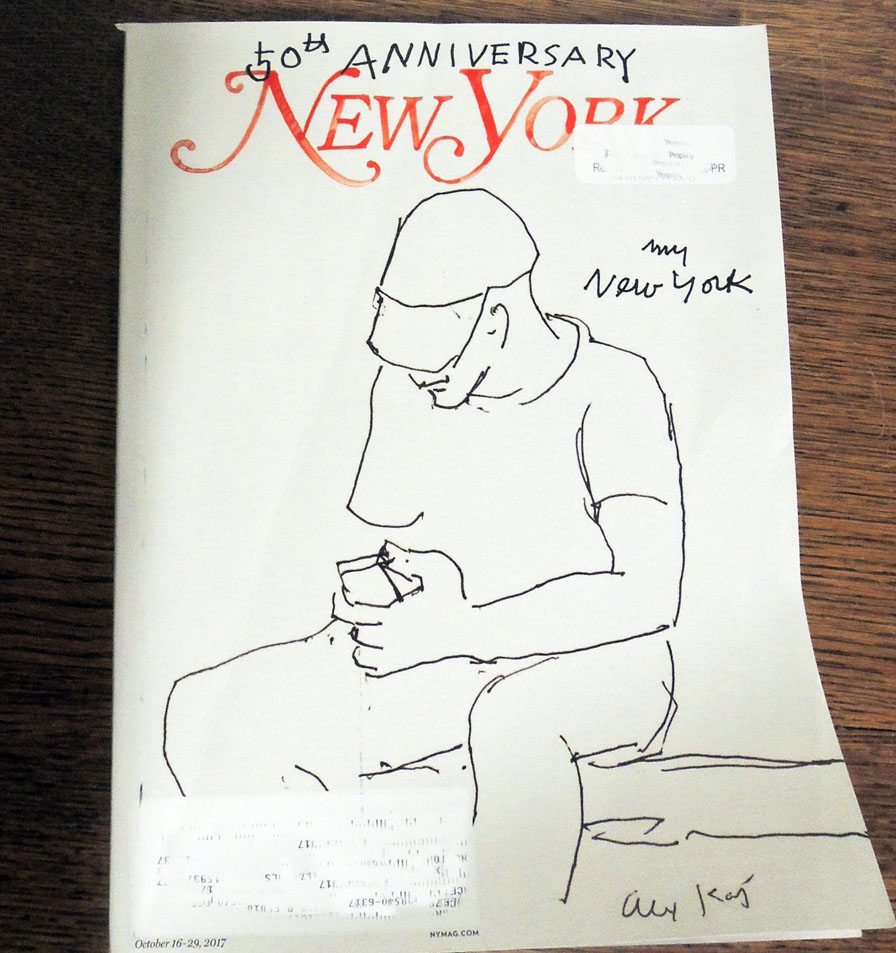 Thankfully, our dust jacket is still in place, which folds out into a poster documenting highlights from the last 50 years: https://www.instagram.com/p/BbMtr-0gTZX/?tagged=nymag50.

The covers are displayed in various sizes and formats, including ‘wild postings,’ on street lamp banners, and giant versions; they’ll continue being rolled out through the fall when, come October, an exhibit of all 50 will debut.” 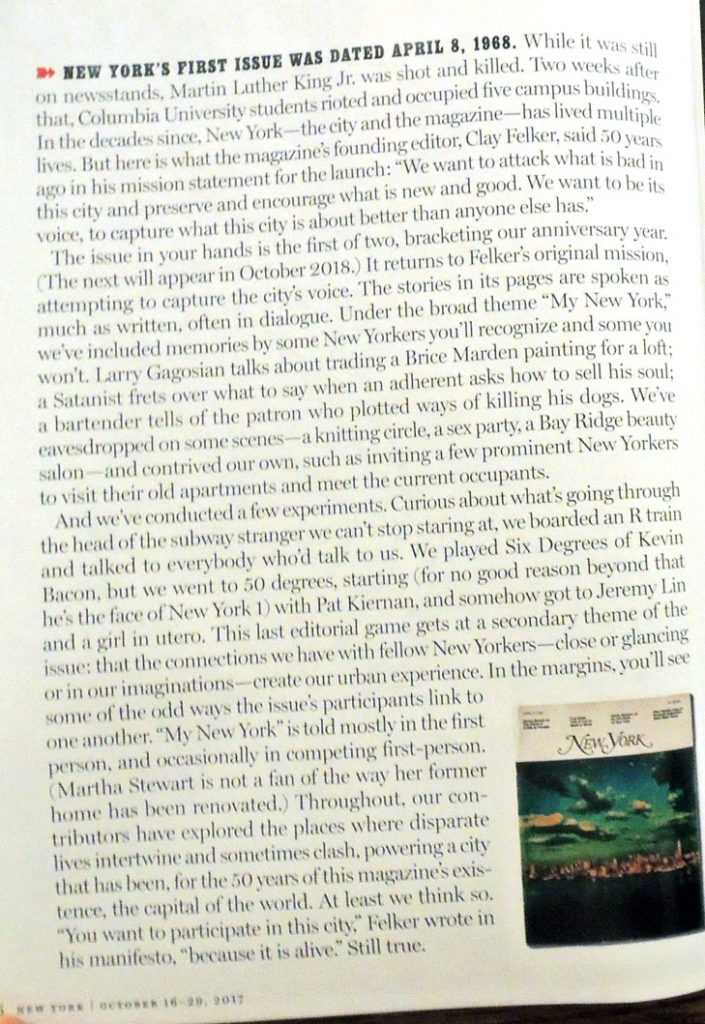 The first of them, by Alex Katz [seen at the top], appeared on their cover last November and “is a drawing he did on the subway, an echo of those he made underground in the 1940s. The others also, in their own ways, celebrate the spirit of life in New York City, a place of solidarity — whether on packed trains or in political marches.”

**Most important, in a few locations that will be announced on Twitter (at @NYMag), there will be ten copies stacked like a pad of paper, so (if you’re one of the lucky people to get there first) you can tear off a poster and take it home. Donations to our collection are always welcome. 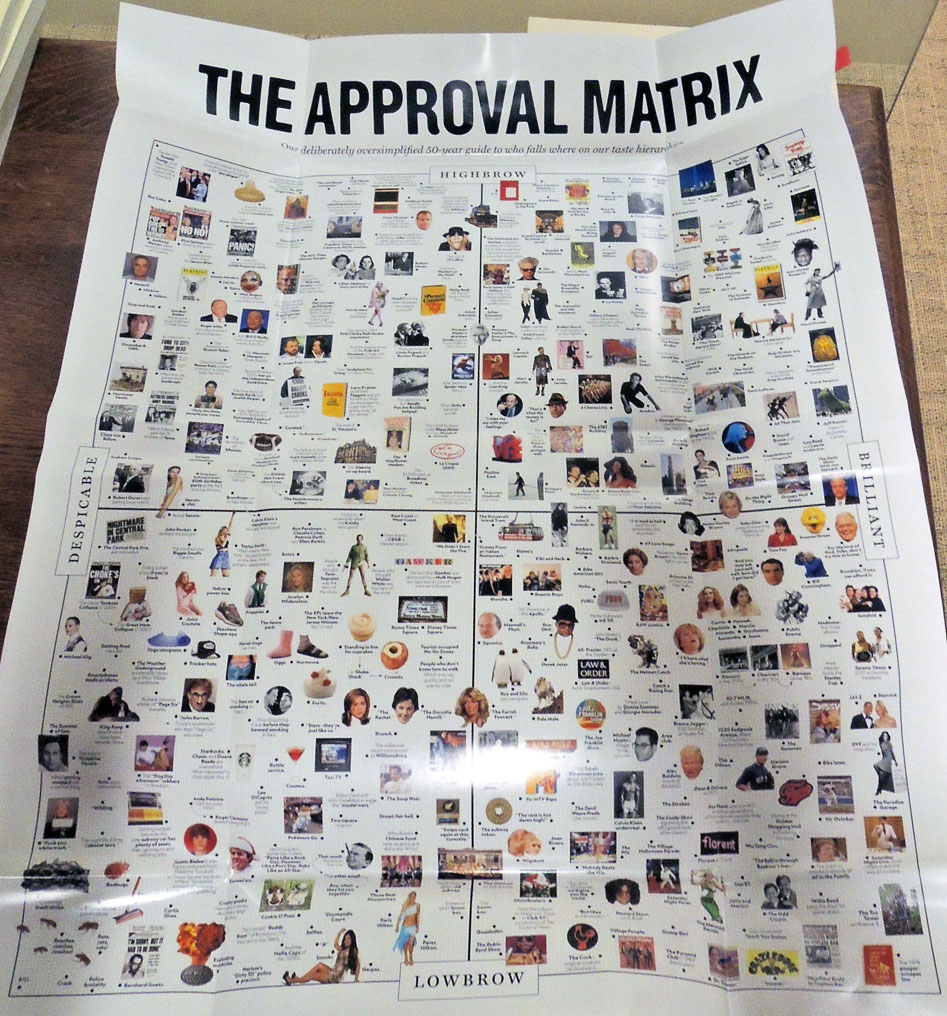