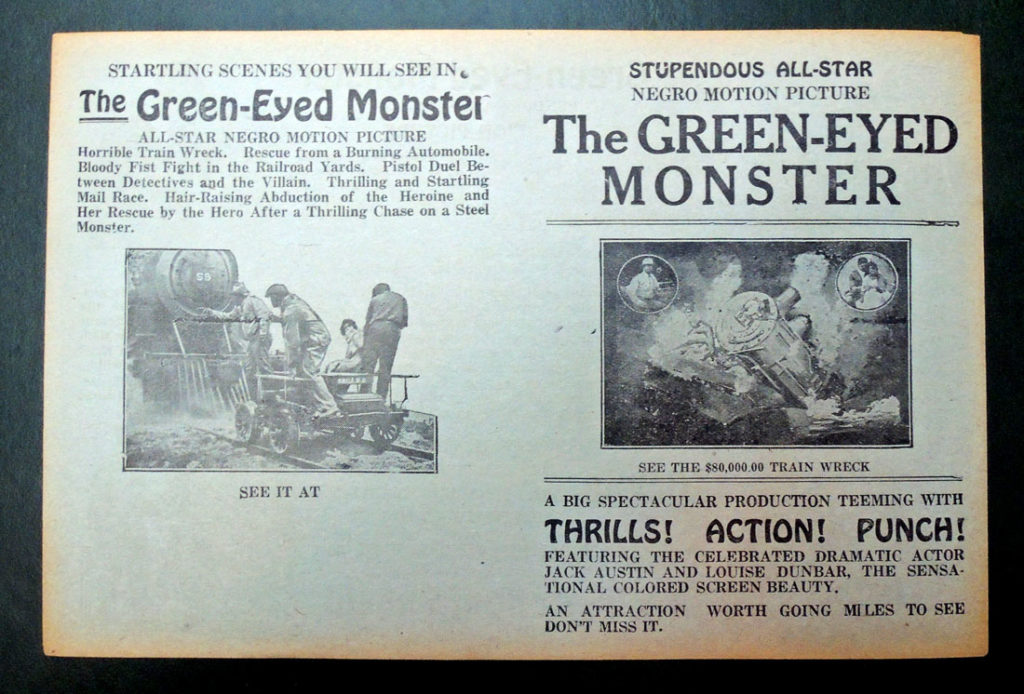 The Graphic Arts Collection recently acquired a rare promotional brochure for the Norman Film Company’s 1919 silent movie, The Green Eyed Monster, its first production with an all Black cast. Billed as a “Stupendous All-Star Negro Motion Picture,” audiences found it long and so, Norman had the film cut from eight-reels to five-reels. A second release in 1920 led to great success. Although no portion of the film survives, reviews list the actors as Jack Austin, Louise Dunbar, Steve Reynolds, and Robert A. Stuart.

“The first film company devoted to the production of race movies was the Chicago-based Ebony Film Company, which began operation in 1915. The first black-owned film company was The Lincoln Motion Picture Company, founded by the famous Missourian actor Noble Johnson in 1916.

However, the biggest name in race movies was and remains Oscar Micheaux, an Illinois-born director who started The Micheaux Book & Film Company in 1919 and went on to direct at least forty films with predominantly black casts for black audiences.

Also in 1919, seeing how lucrative the growing race movie market was, Jacksonville, Florida’s Norman Film Manufacturing Company switched tracks and began making race films, starting with an all black remake of one of their earlier films.”–The New Encyclopedia of Southern Culture: Volume 18 (2011) 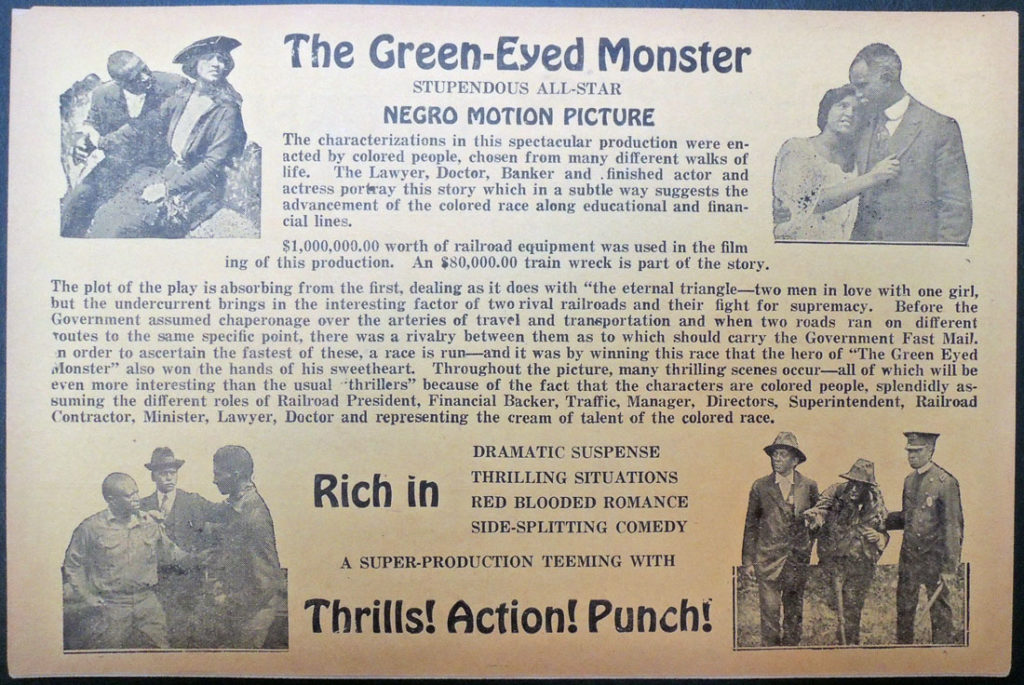 “In large cities as well as in small towns, the picture broke attendance records, especially when one of the stars appeared in person to advertise it. M. Wax, of the Royal and Keystone Theaters in Philadelphia, Pennsylvania, happily reported that The Green-Eyed Monster had proven to be a wonderful attraction that did excellent business and pleased all of his patrons.

W. C. Kennedy of Knoxville, Tennessee, affirmed that ‘it broke house records in our 1,200-seat Gem Theater.’ … E. Silberman of the Douglas Theater in New York City found the Green-Eyed Monster to be such a ‘knock-out…that we turned them away daily’ throughout the week-long run.” –Barbara Tepa Lupack, Richard E. Norman and Race Filmmaking (2013) 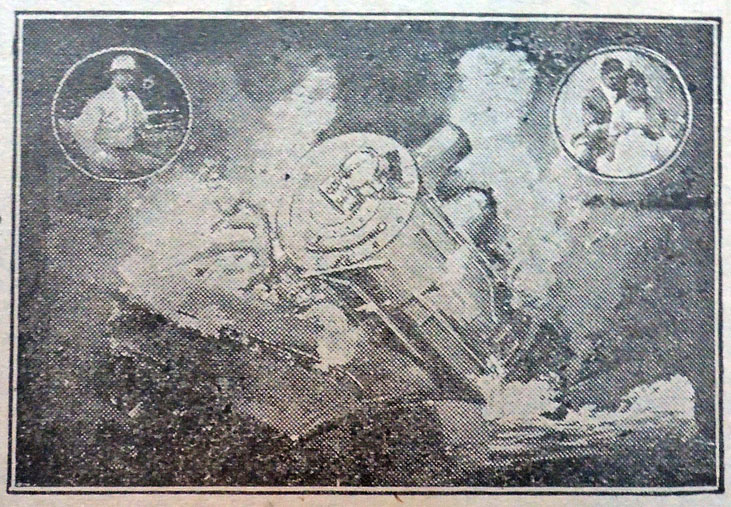 Exaggerated comic scenes were cut from The Green-Eyed Monster, to focus on the drama and romance. When the new print was released, it was billed together with Norman’s second film The Love Bug, which was strictly caricature and broad comedy.