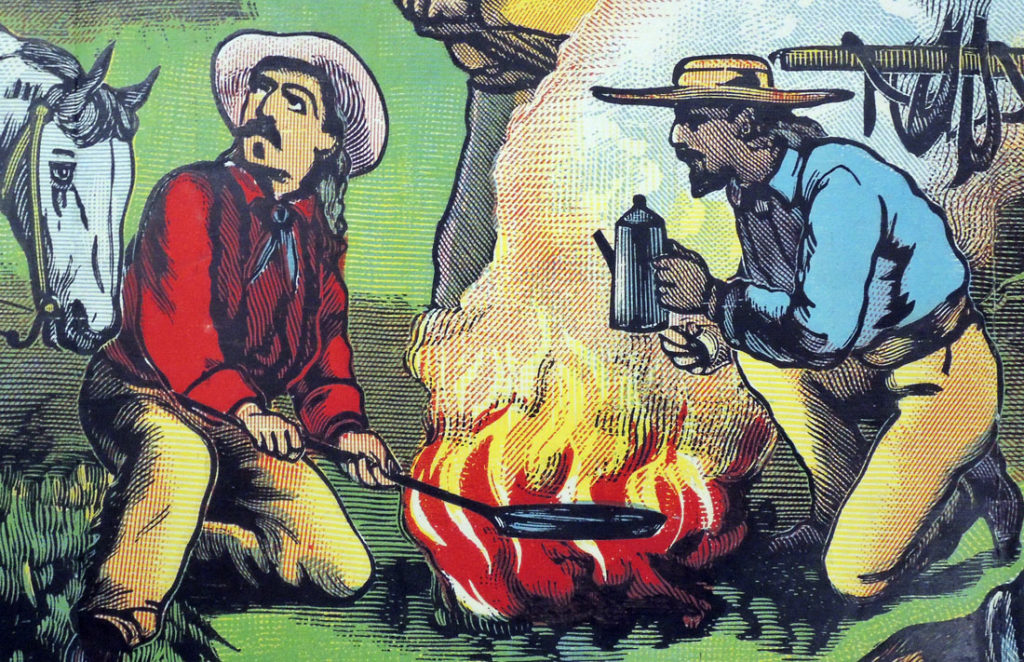 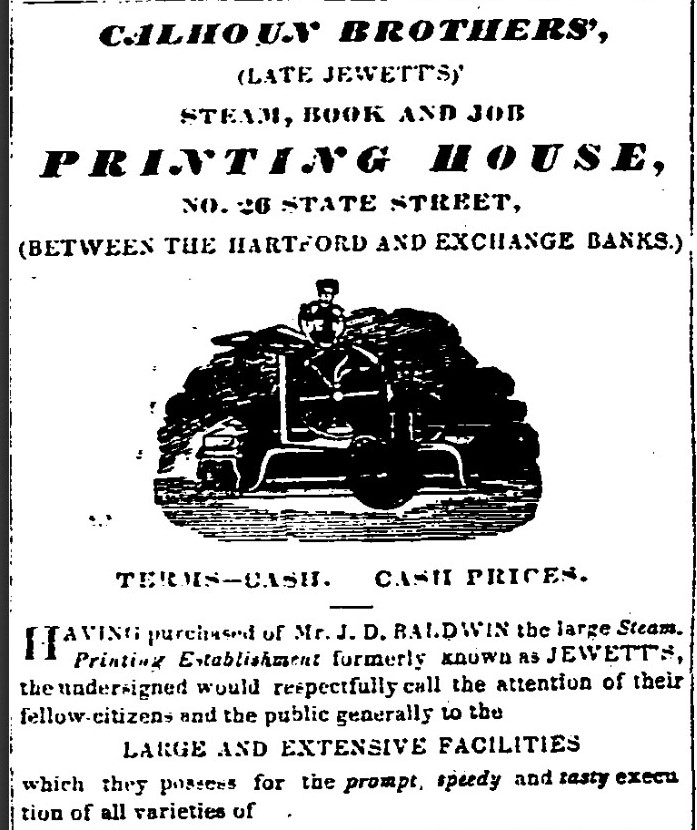 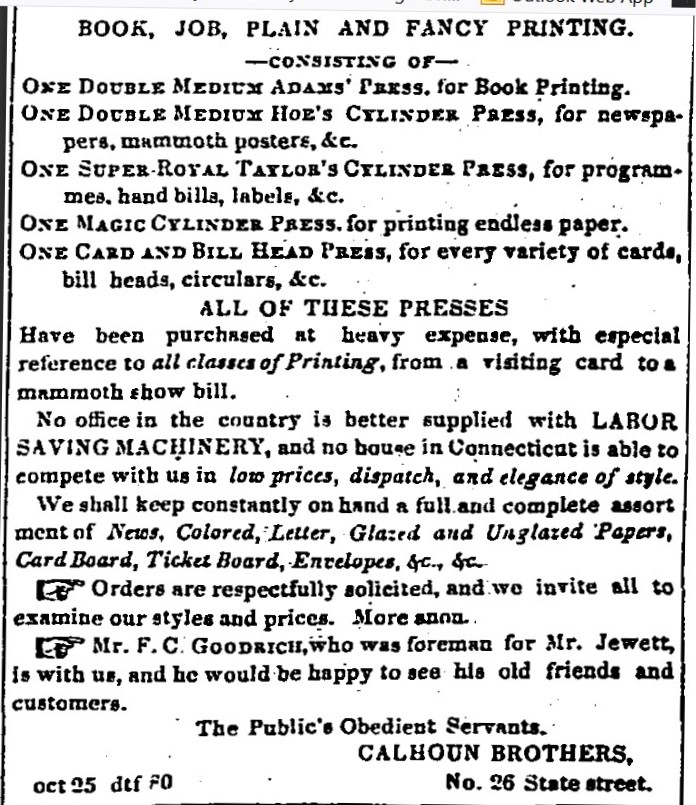 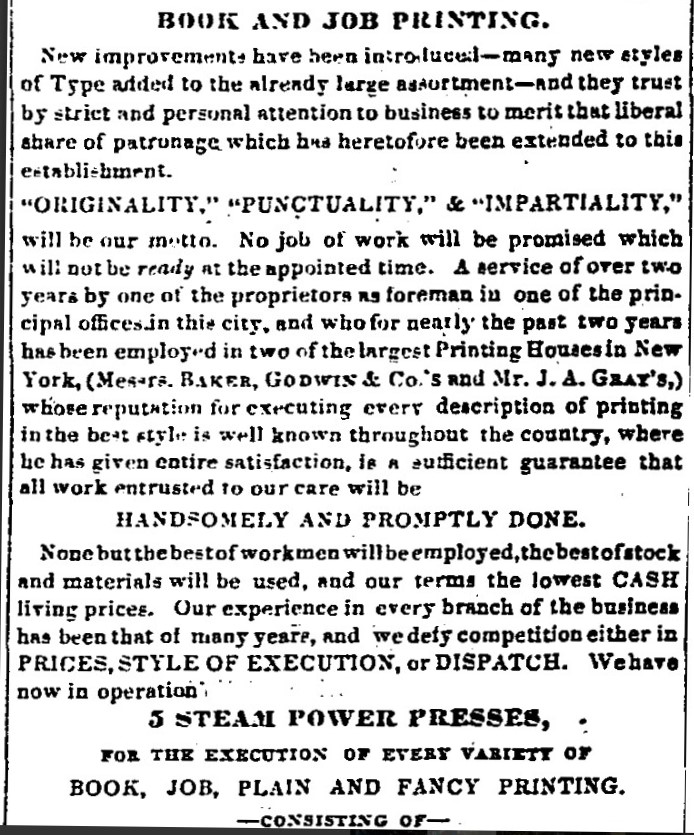 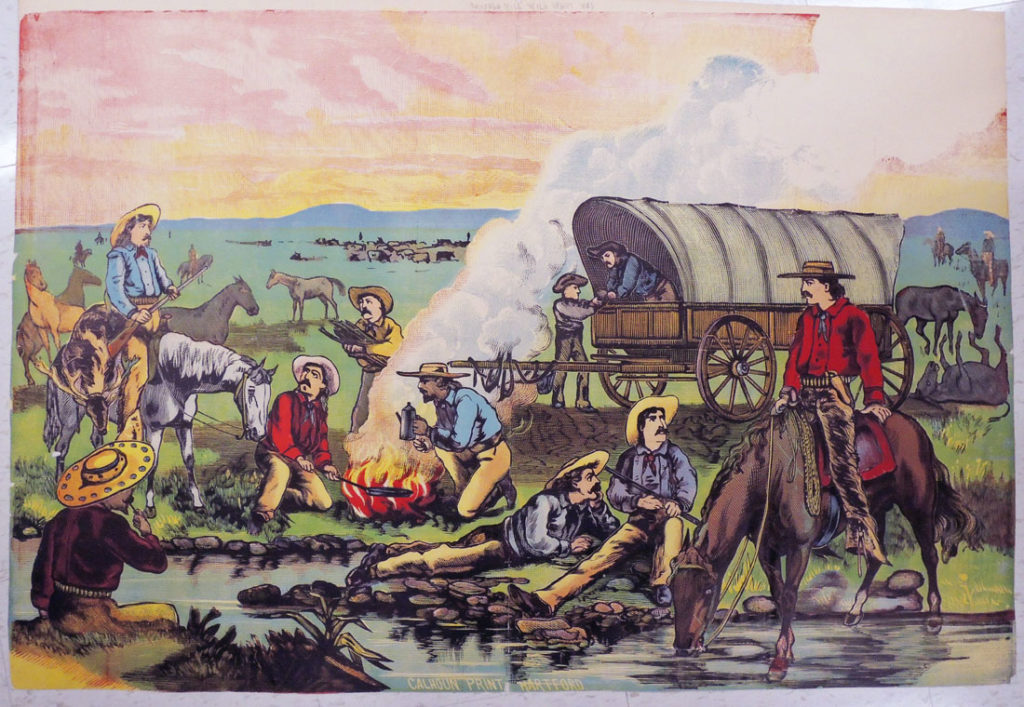 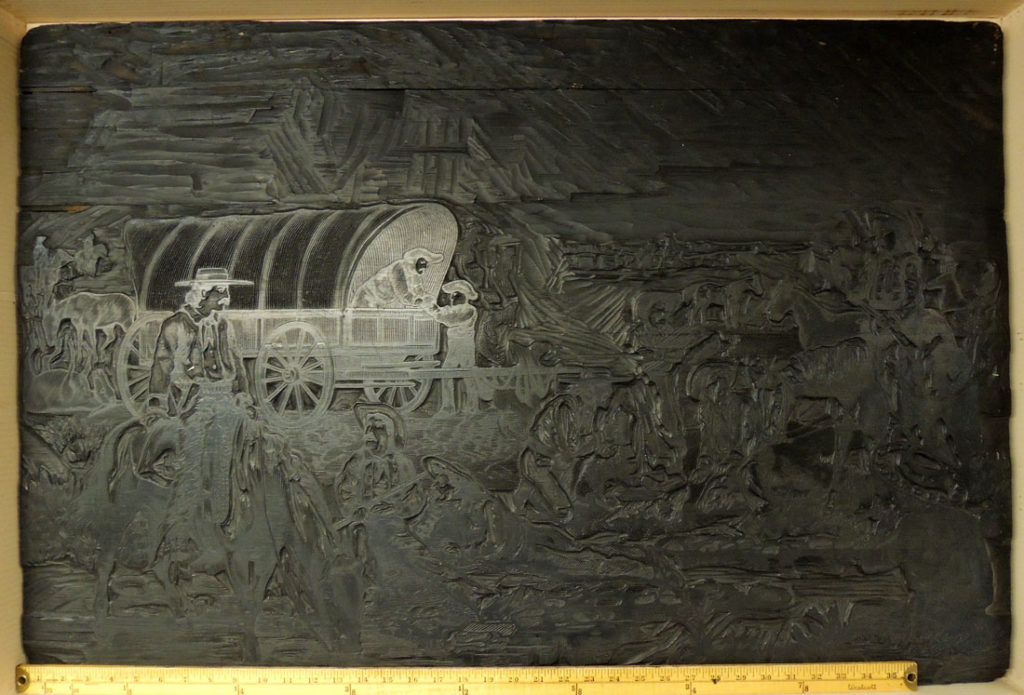 What the Calhoun Brothers (later Calhoun Steam Printing Company) excelled at were mammoth theatrical billboards and panoramic scenes for Buffalo Bill Cody’s Wild West Shows. When Calhoun died the firm was taken over by William H. Higgs, Cody’s brother-in-law who rode a white mustang around the streets of Hartford.

We recently matched this 40 inch woodblock with a multi-color Calhoun print depicting a leisurely scene of cowboys resting around a fire, with their horses feeding near a covered wagon. This enormous block is cut to print the black areas, while others would have printed blue, yellow, and red. 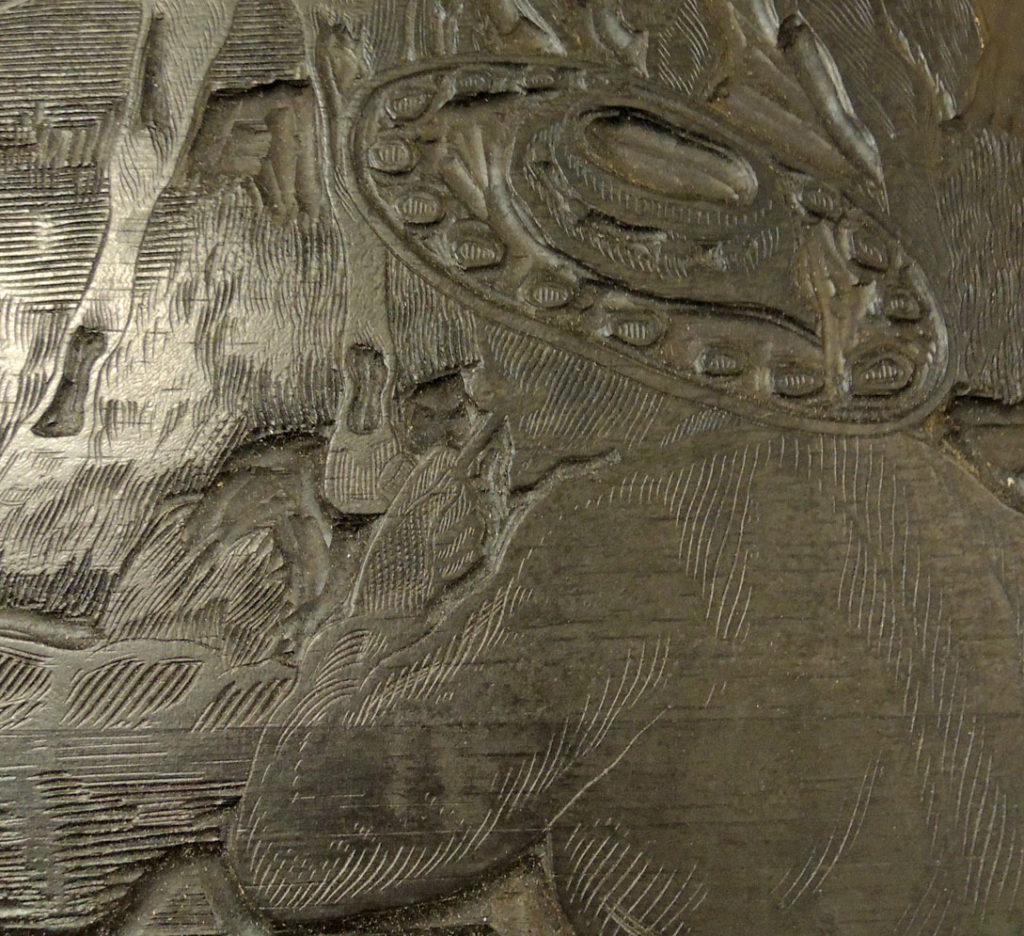 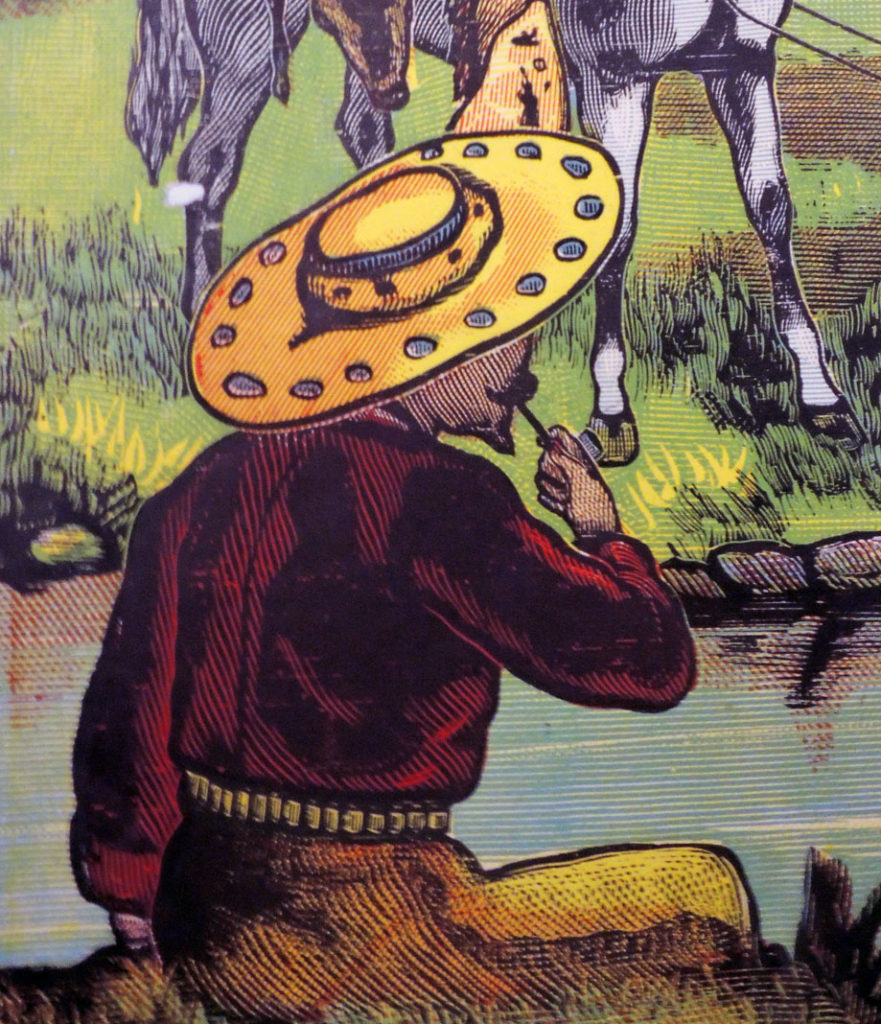 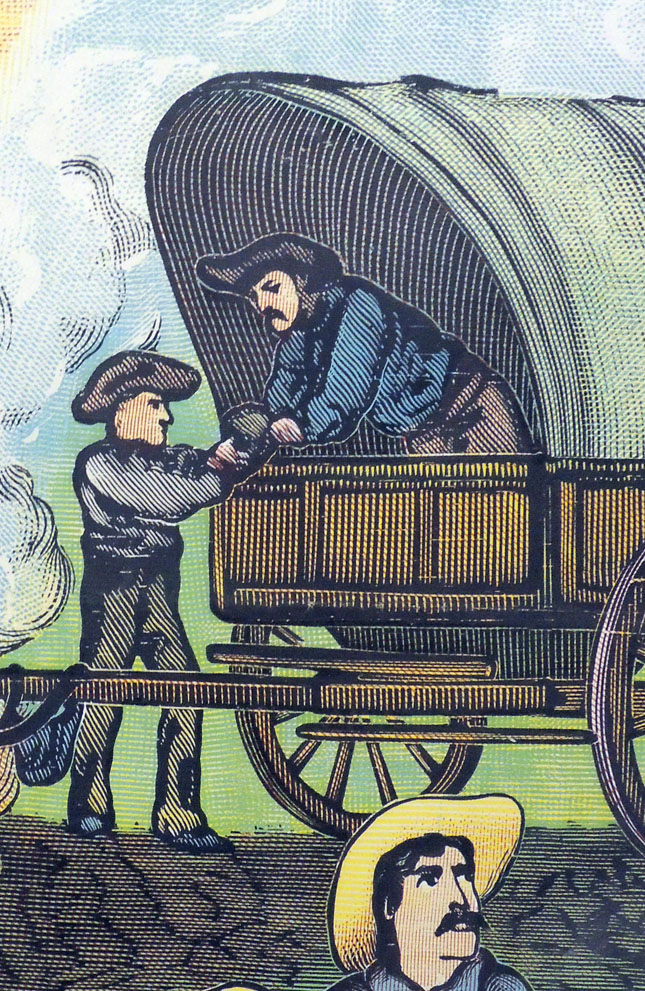 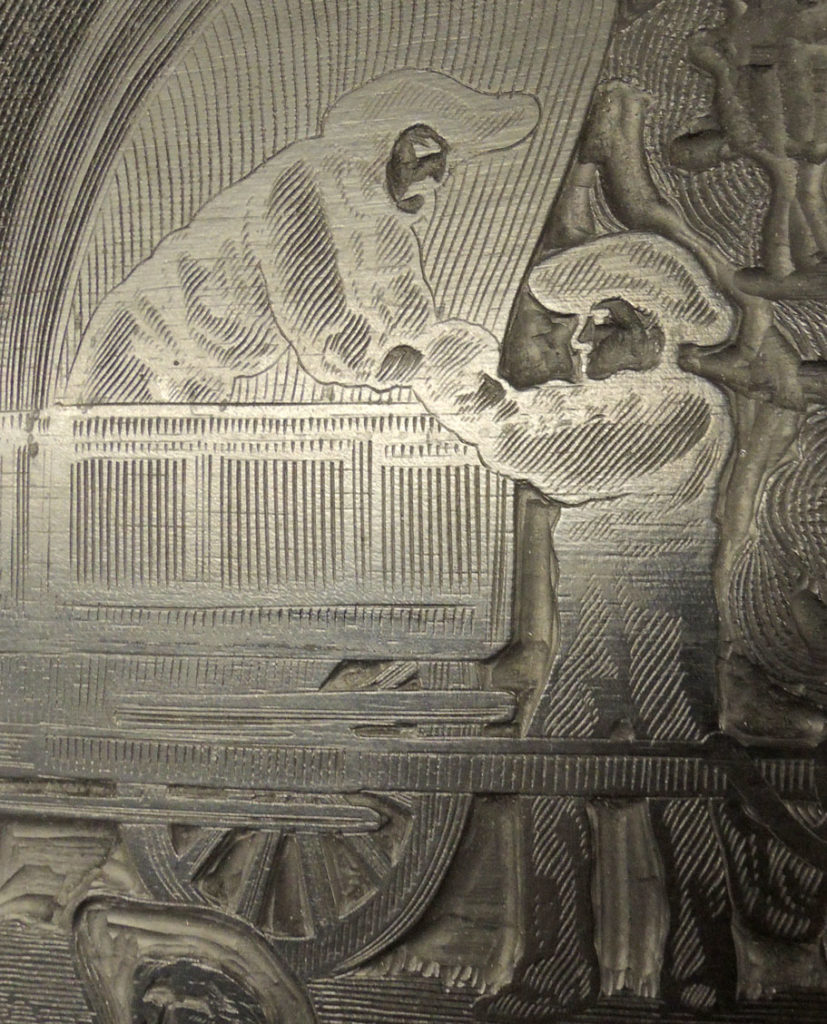 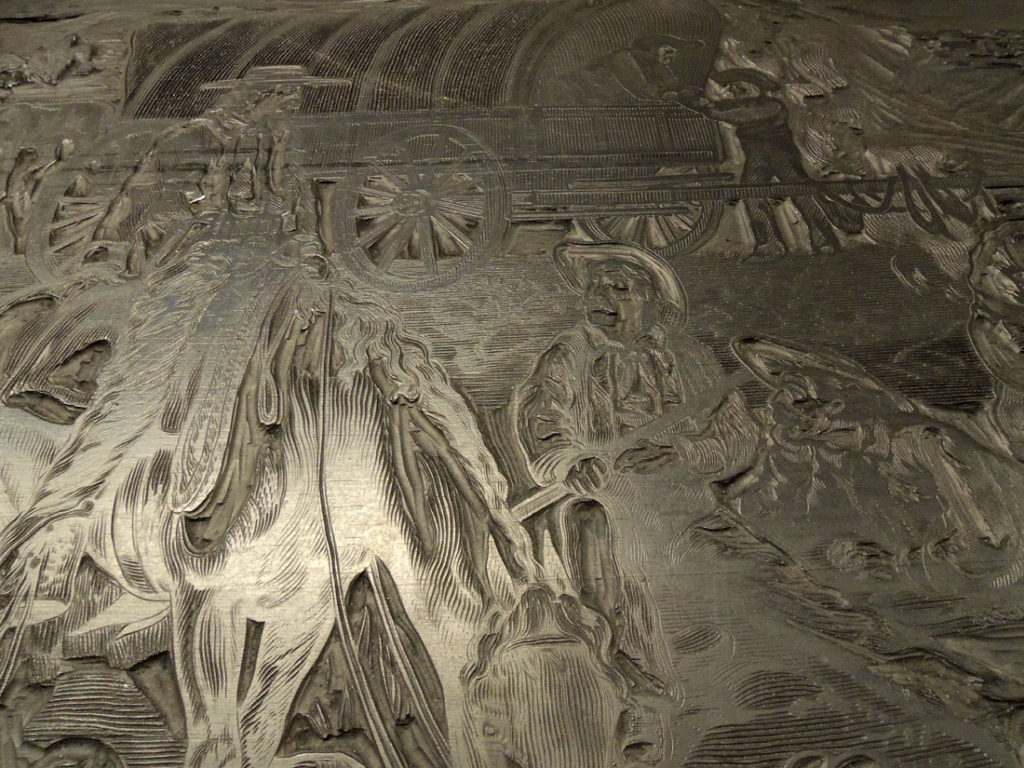