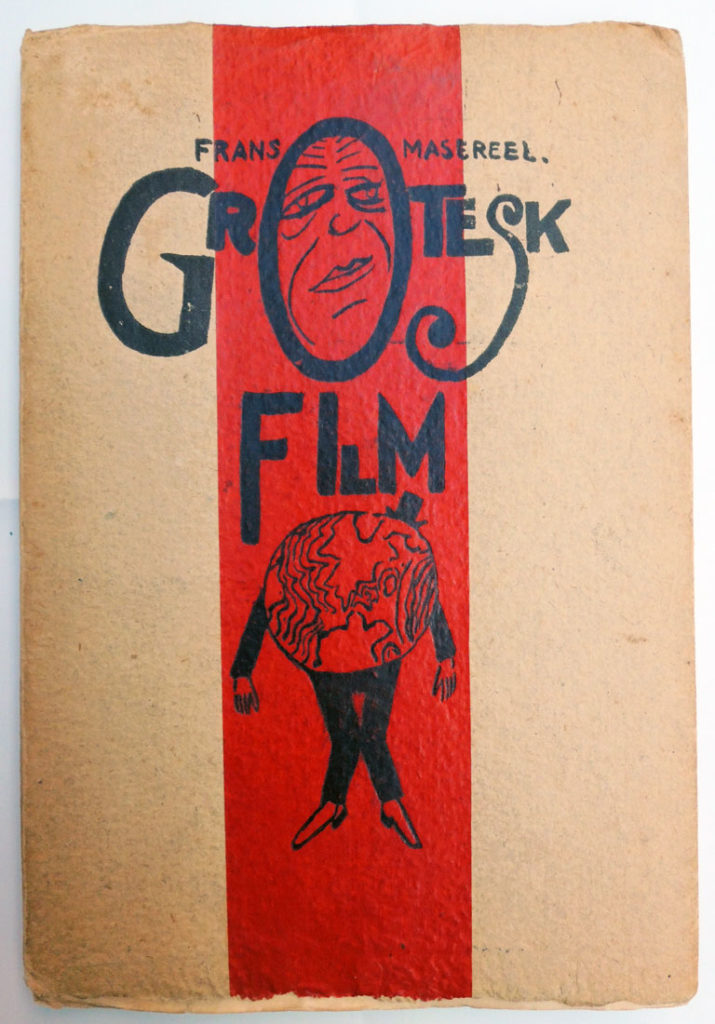 In 1910 publisher J. B. (Jsrael Ber) Neumann (1887-1961) opened the Graphisches Kabinett J.B. Neumann on the Kurfürstendamm in Berlin, where he sold books, prints, and paintings. The shop expanded to Bremen, Düsseldorf and Münich, until Neumann finally emigrated to New York City in 1924. While still in Berlin, Neumann published one of the rarest of the graphic novels by Frans Masereel (1889-1972) entitled Grotesk Film (1921). 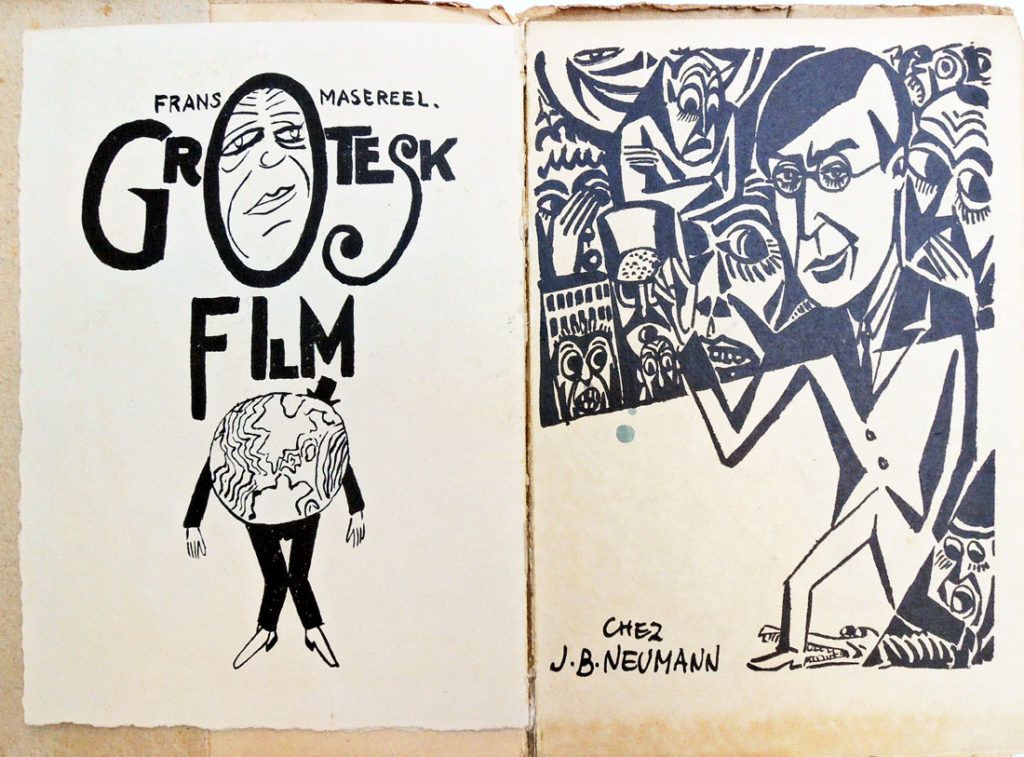 Masereel and Neumann would have both seen the popular 1920 black and white silent film, Das Cabinet des Dr. Caligari (The Cabinet of Dr. Caligari) directed by Robert Wiene. The first of many German Expressionist films, it had an enormous influence on the arts of that time including Masereel’s silent novels, Grotesk Film in particular. 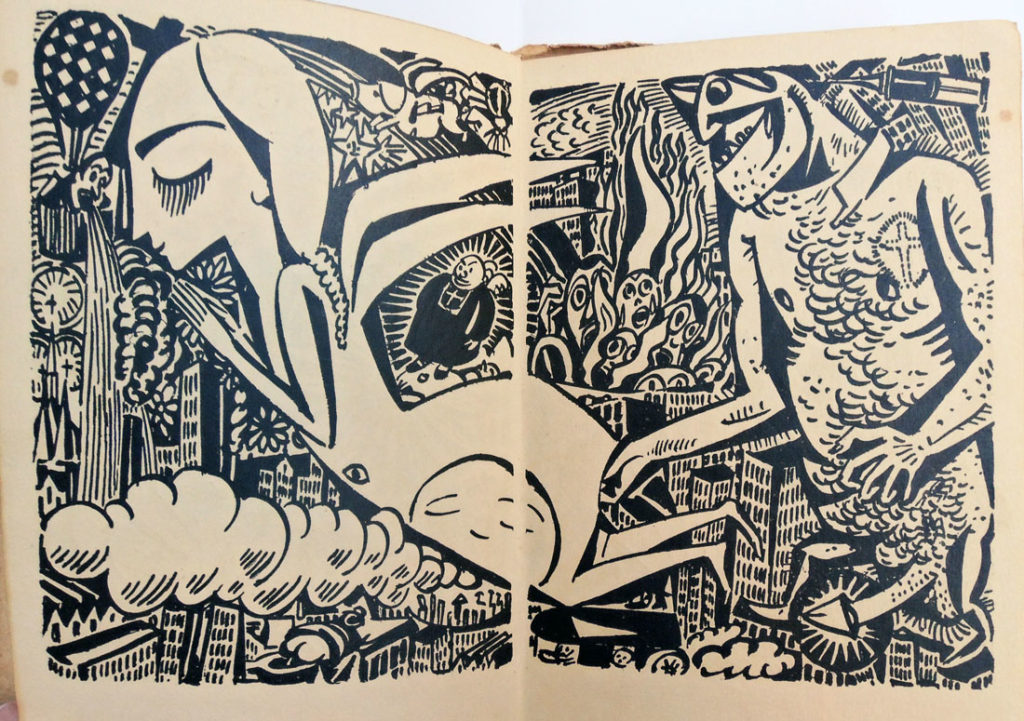 The small volume opens with a self-portrait of Masereel waving to an audience of expressionist faces, oblivious to a crocodile biting his foot. This might be a reference to Eugene O’Neill’s The Emperor Jones, which opened in New York City a year earlier and was performed, in part, behind a cyclorama so the actors can only be seen in black and white silhouettes. The plot features a crocodile god who almost devours Jones. 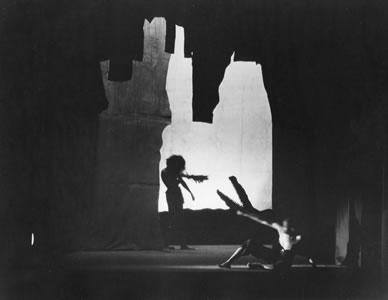 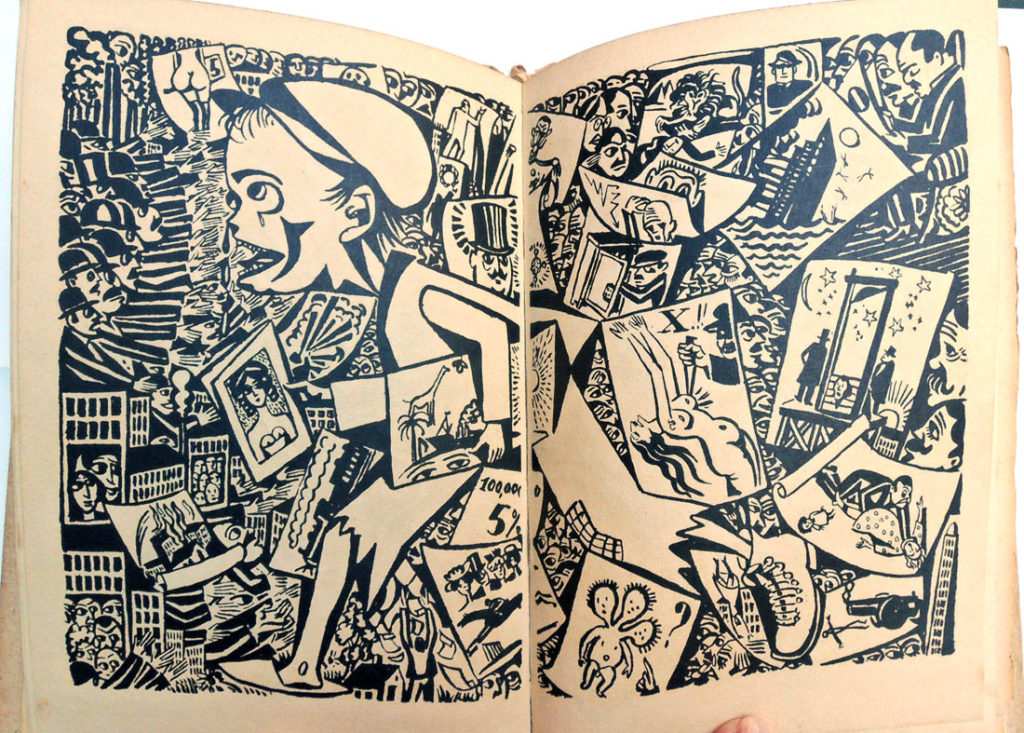 By 1921, Masereel’s fame had spread to the United States where Frank Crowninshield published a full-page section of his 1920 book Idée (The Idea) in Vanity Fair. However, he was never able to obtain a passport to join his friends in New York and spent most of his adult life in Switzerland. Masereel’s final project was the organization of Xylon, the International Society of Wood Engravers. See: Xylon VI: Exposition internationale de gravure = Internationale Holzschnittausstellung Xylon (Zürich: Sektion Schweiz der Xylon, 1961- ). Graphic Arts Off-Site Storage Oversize NE1000 .xX8e 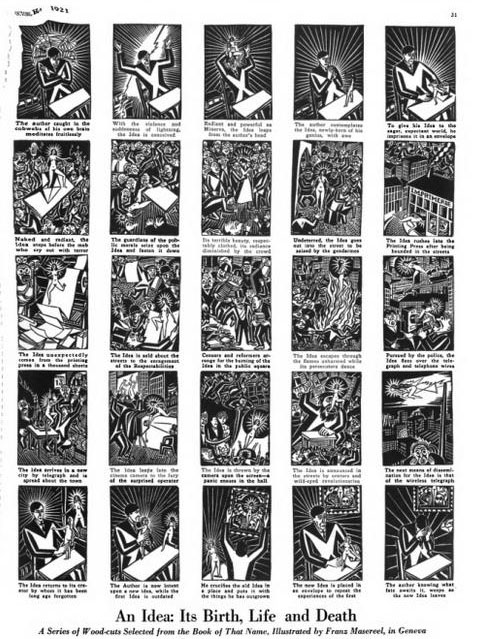