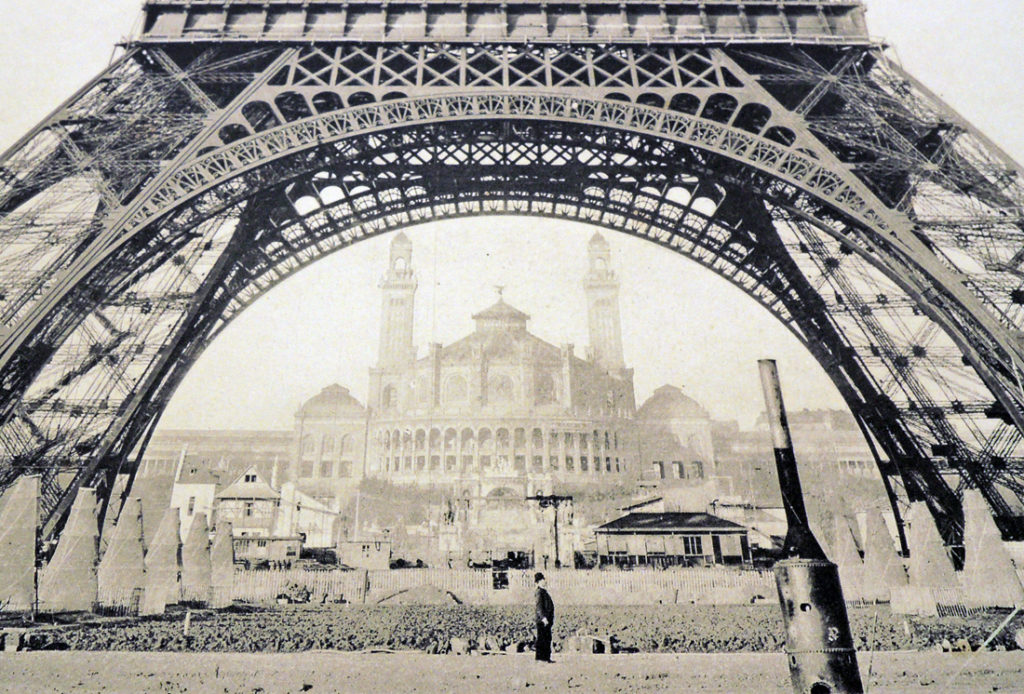 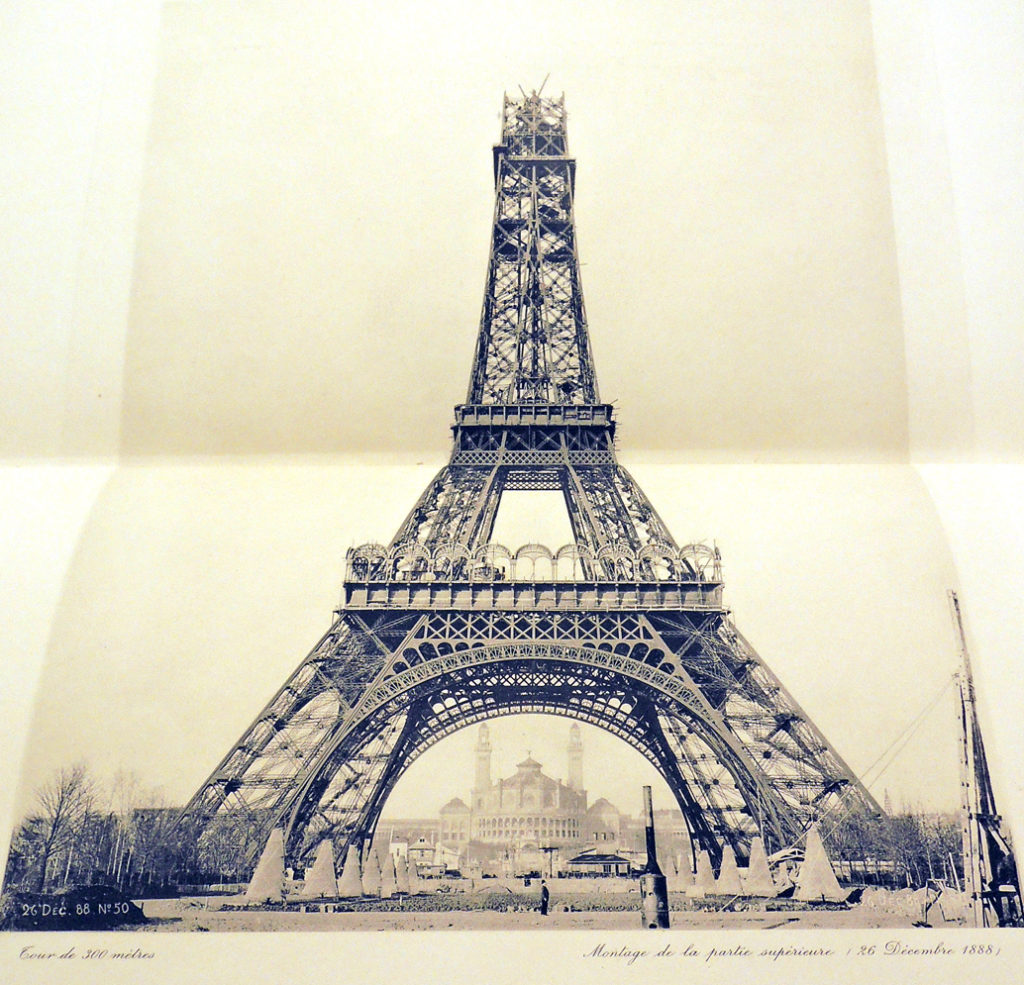 Throughout the construction of the Eiffel Tower, from January 1887 to March 1889, many photographers documented the Tower’s progress as it rose over Paris. By the time of the Universal Exhibition of 1889, the photographs were almost as popular as the site itself.

The most complete record was produced by the firm Delmaet and Durandelle, led by Louis-Emile Durandelle (1839-1917) and Clémence Jacob Delmaet (died 1890), the wife of his former partner who he later married.

In 1889, Delmaet and Durandelle published an elaborate album of 58 albumen silver prints of the construction of the Eiffel Tower and then, one year later he retired, selling the firm to his assistant. 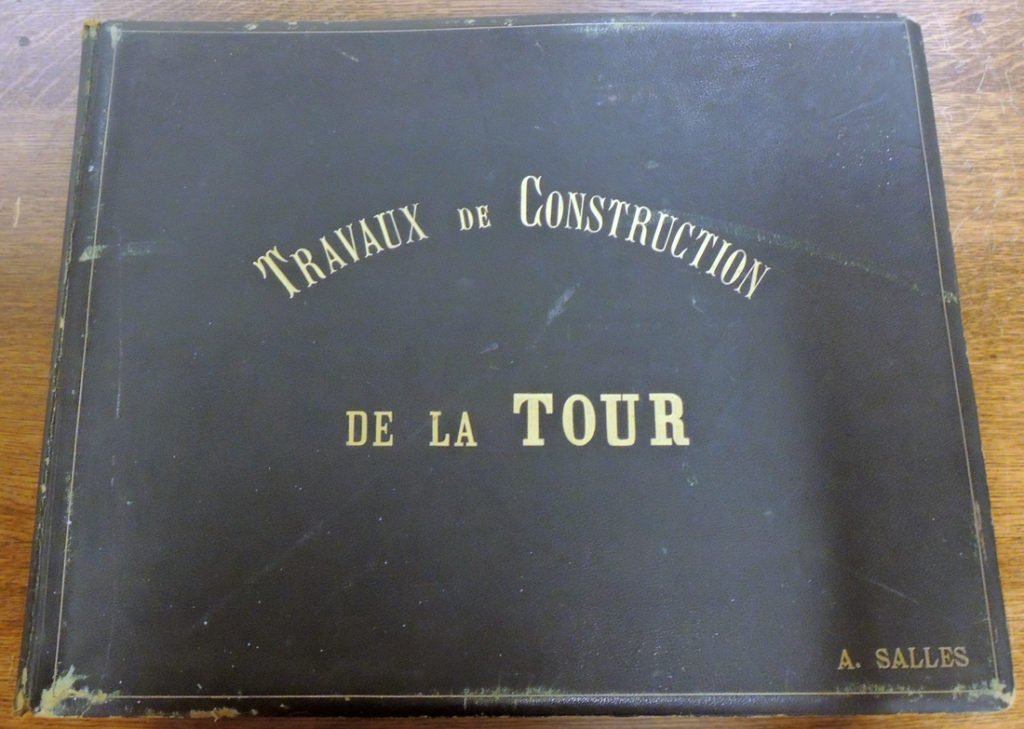 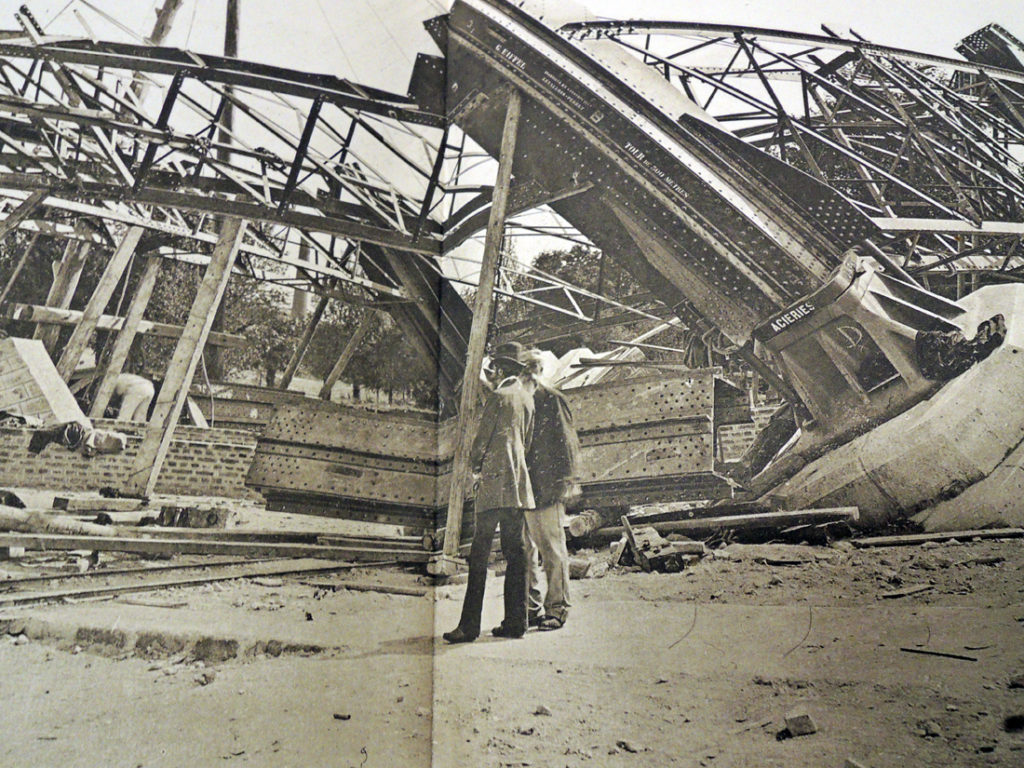 In his biography of Gustave Eiffel, David Harvie writes,

“There had been considerable use made of photography during the tower’s construction, and apart from rather formal engineering records, there are many sequences showing the advancing construction taken from precisely fixed camera positions. The great French architectural photographer Louis-Emile Durandelle, who with his partner Hyacinthe-César Delmaet had photographed the construction of Charles Garnier’s Paris Opera and the basilica of Sacré-coeur in Montmartre, also undertook a long series of painstaking, large-format photographs of the building of the Eiffel Tower.

These photographs were masterpieces of the difficult nineteenth-century wet collodion process, and certainly did not constitute popular or commercial exploitation. … Durandelle’s photographs reignited the claims for the tower’s beauty in a way that natural human observation somehow didn’t, and helped ensure that the controversy over the tower’s presence and its aesthetic qualities would be brought to an end”— Eiffel: The Genius Who Reinvented Himself (2006)

When the Tower was complete and the well-earned celebrations ended, Gustave Eiffel (1832-1923) partnered with the Lemercier printers to publish a complete record of the design, engineering, and construction of the project from beginning to end. The two limited-edition volumes were prepared at the author’s expense and distributed free of charge to libraries, universities, and scientific societies. To augment his own documents, Eiffel arranged to have 11 of the Delmaet and Durandelle photographs (and 2 small details) transferred to copper plates and printed in photogravure for the monumental conclusion of these books. 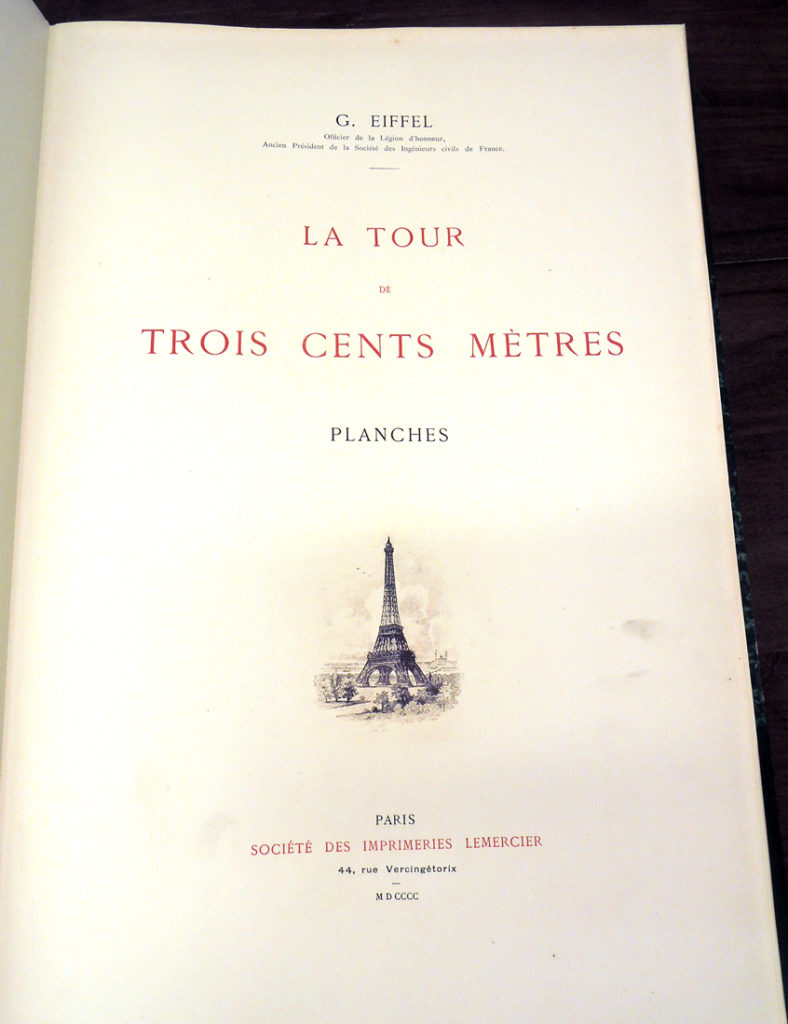 This was one of the last great projects for Imprimeries Lemercier & Cie, which had been one of the largest of the French publishing houses, known not only for their spectacular lithographs but also for their photogravures (sometimes released under the imprint Héliog. & Imp. Lemercier).

Unfortunately, after the death of their founder, Rose Joseph Lemercier and the rise of photomechanical printing at the end of the 19th-century, the shop was forced into bankruptcy. There is no record of a single individual responsible for the printing of the copper plates. 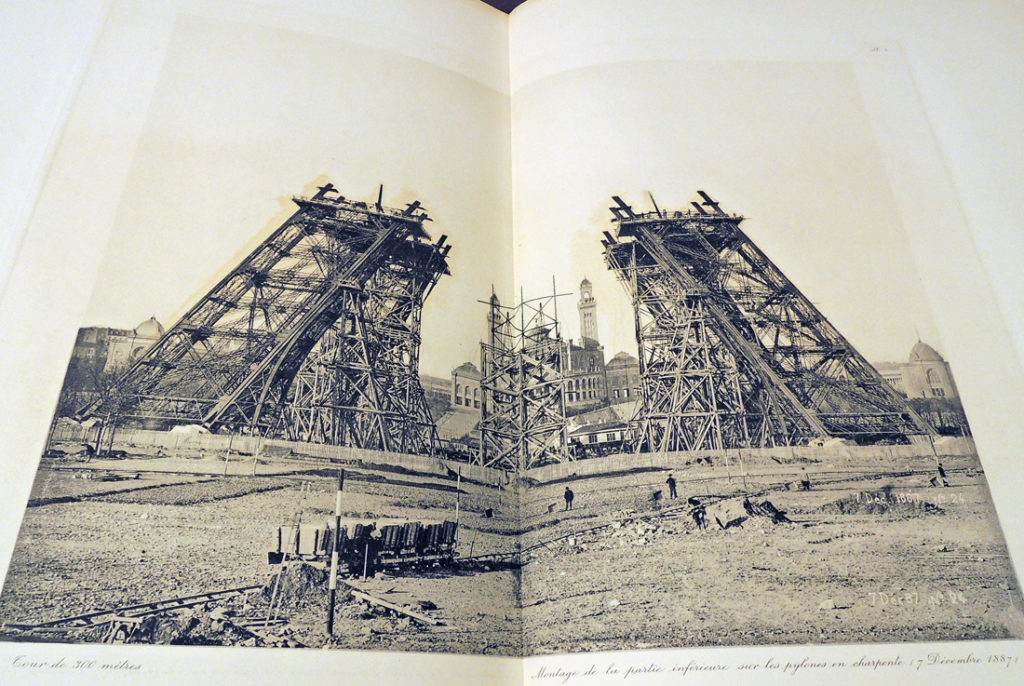 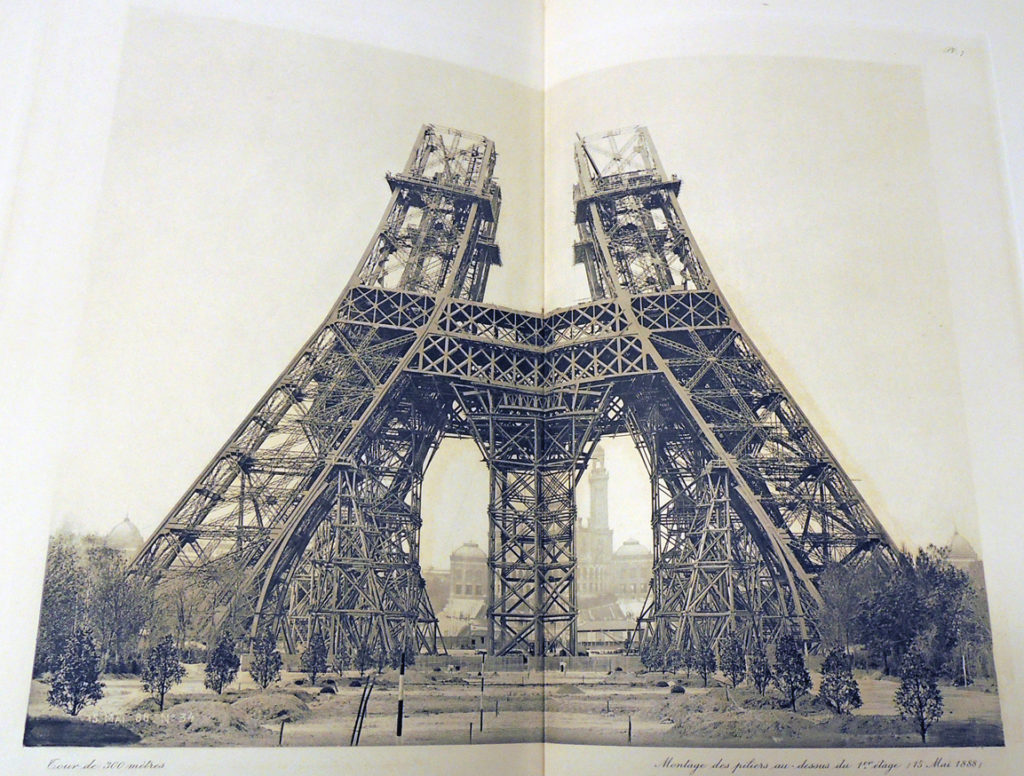 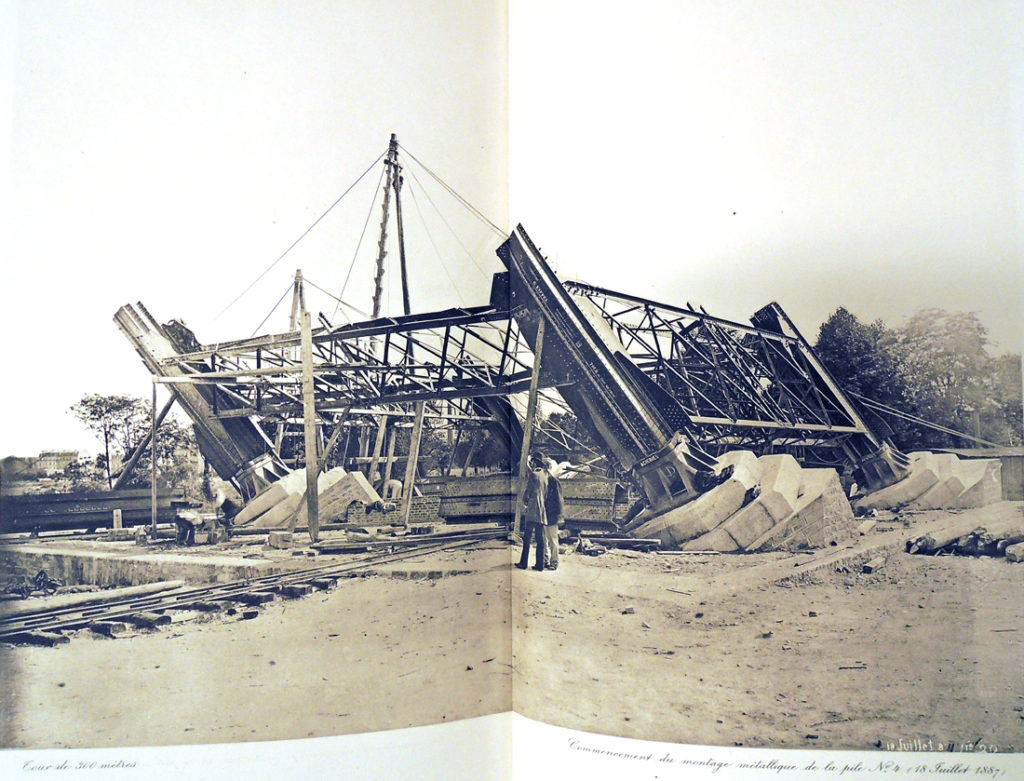 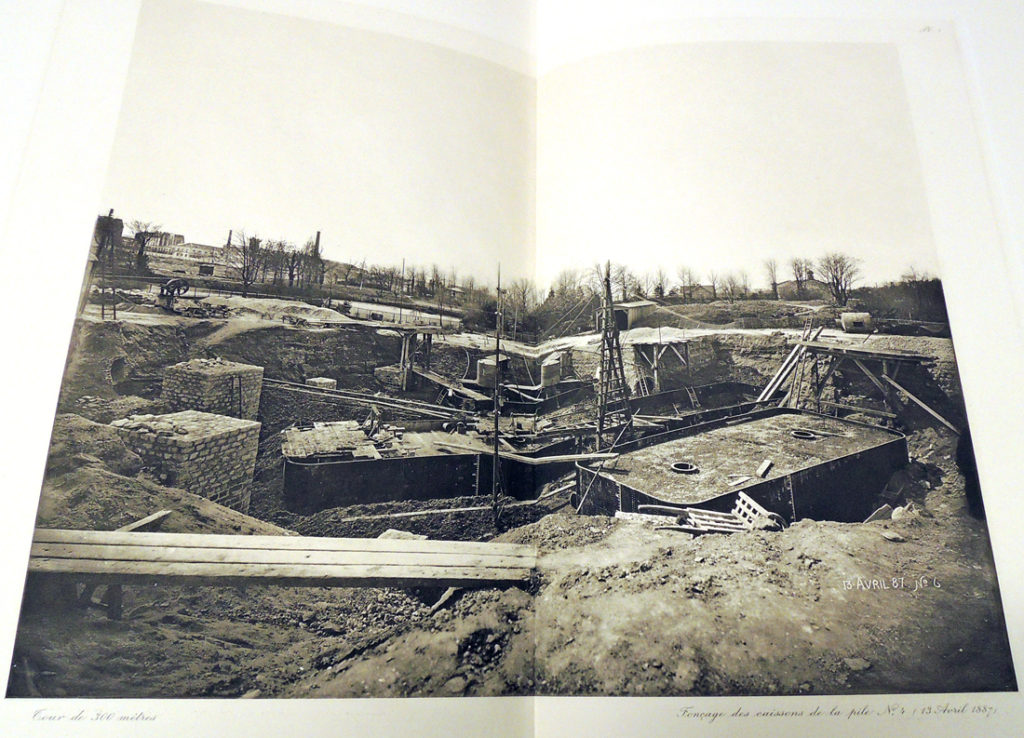 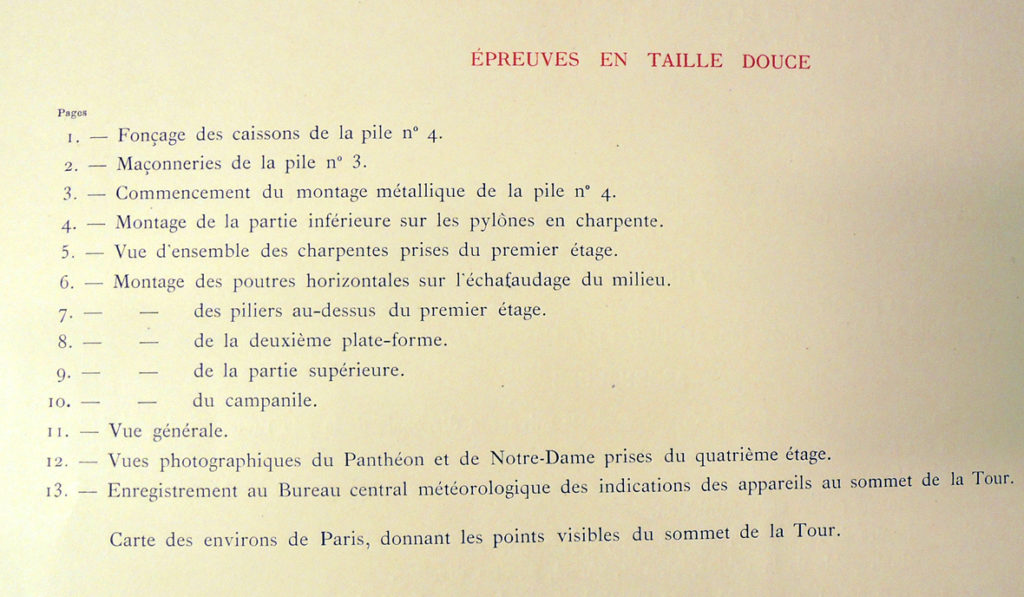 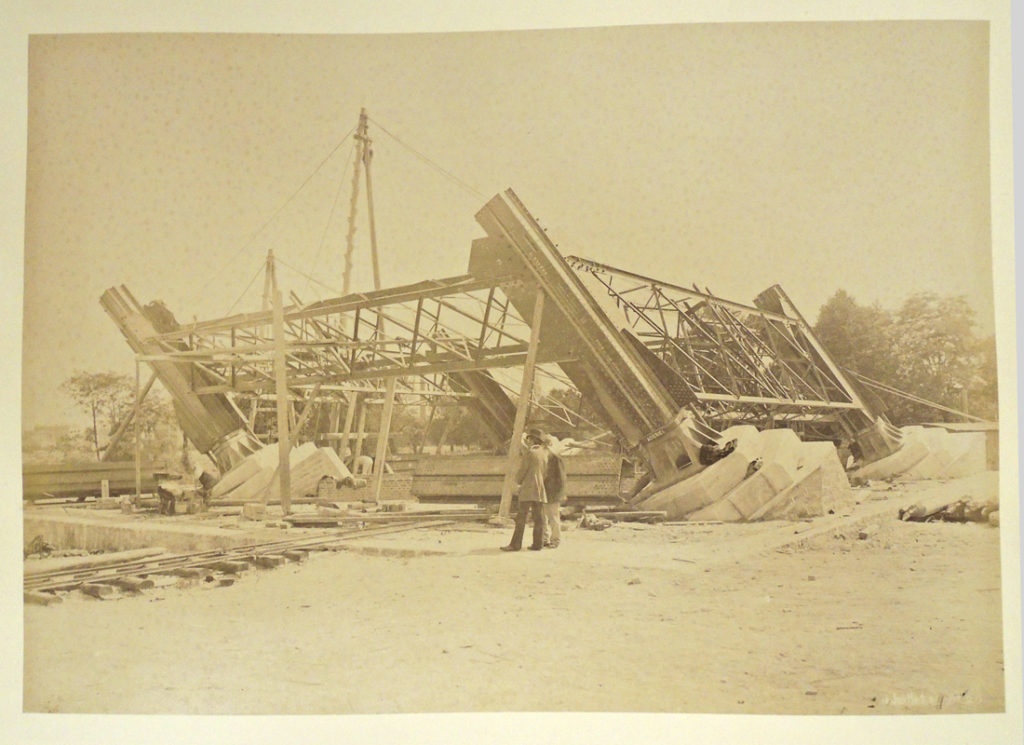 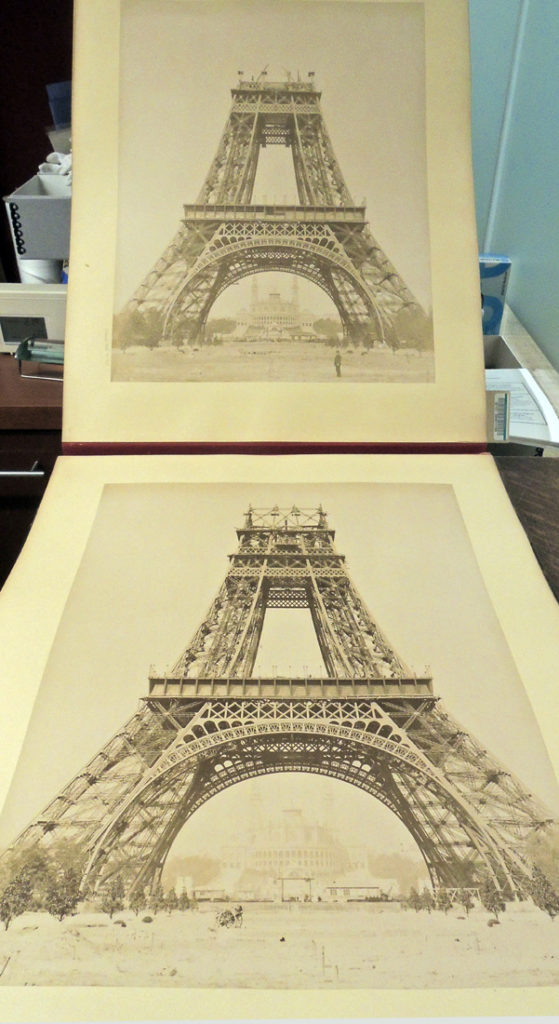 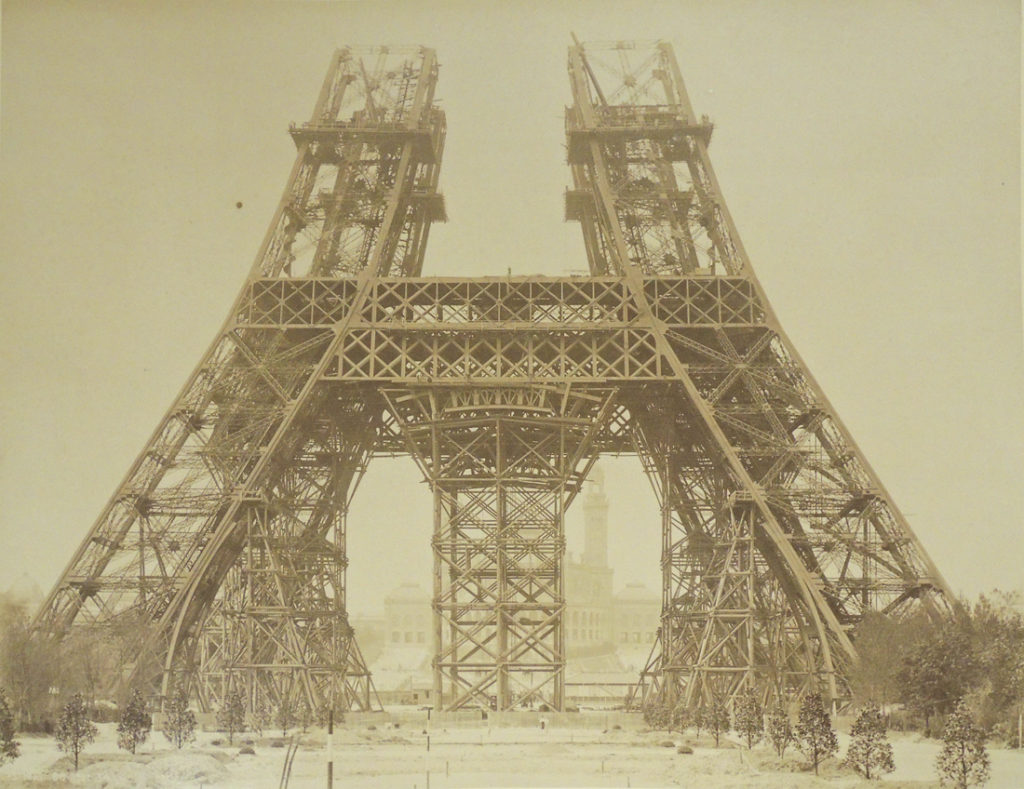 Thanks to Eric White, Curator of Rare Books, who acquired these volumes and is allowing them to be used in the upcoming exhibition “Turning Light into Darkness,” documenting our photogravures.