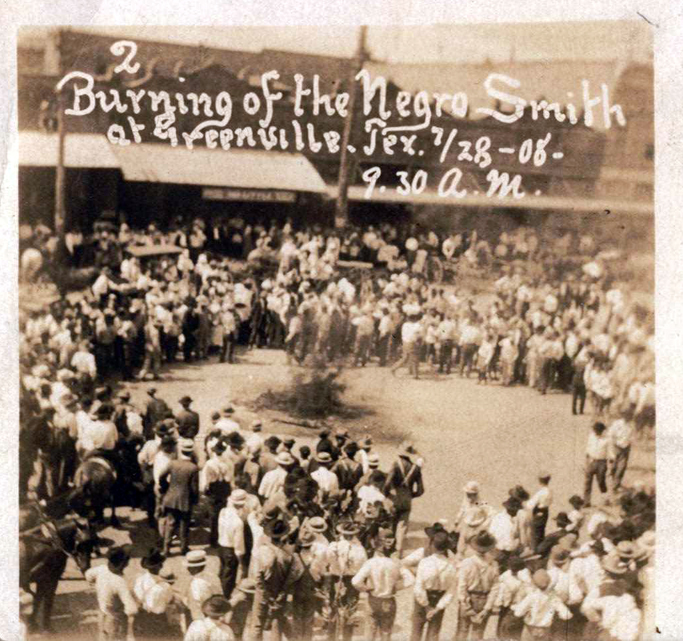 The Graphic Arts Collection recently acquired a set of photographic postcards documenting the “Burning of the Negro Smith.” Two are captioned in white ink. None of them were ever addressed or mailed. The postcards came in a plain envelope marked with the caption in pencil: “Greenville, TX, 28 July 1908”. 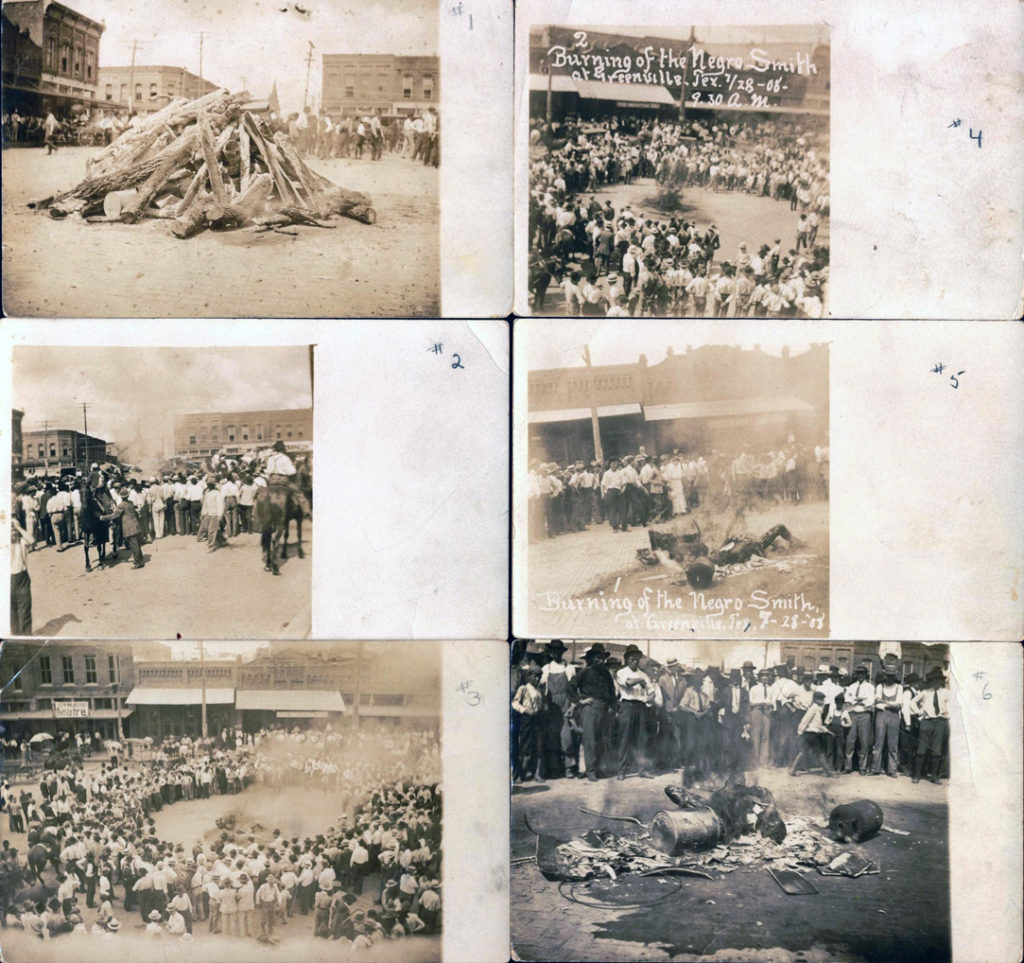 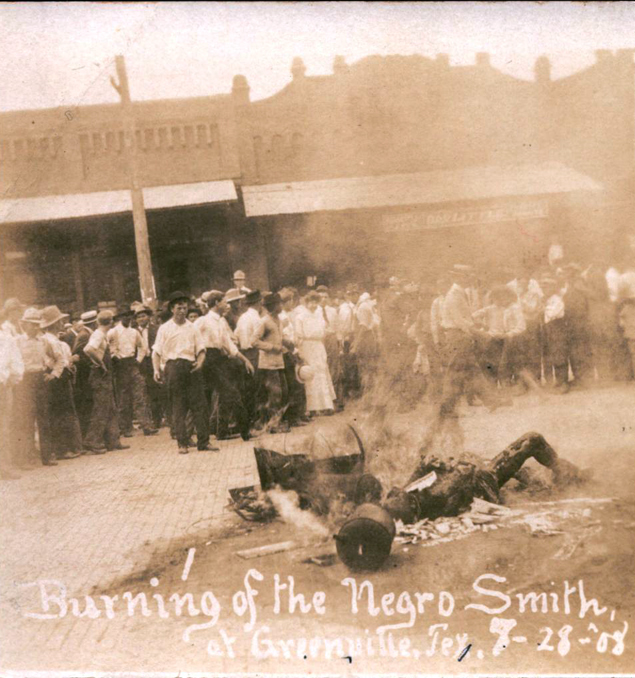 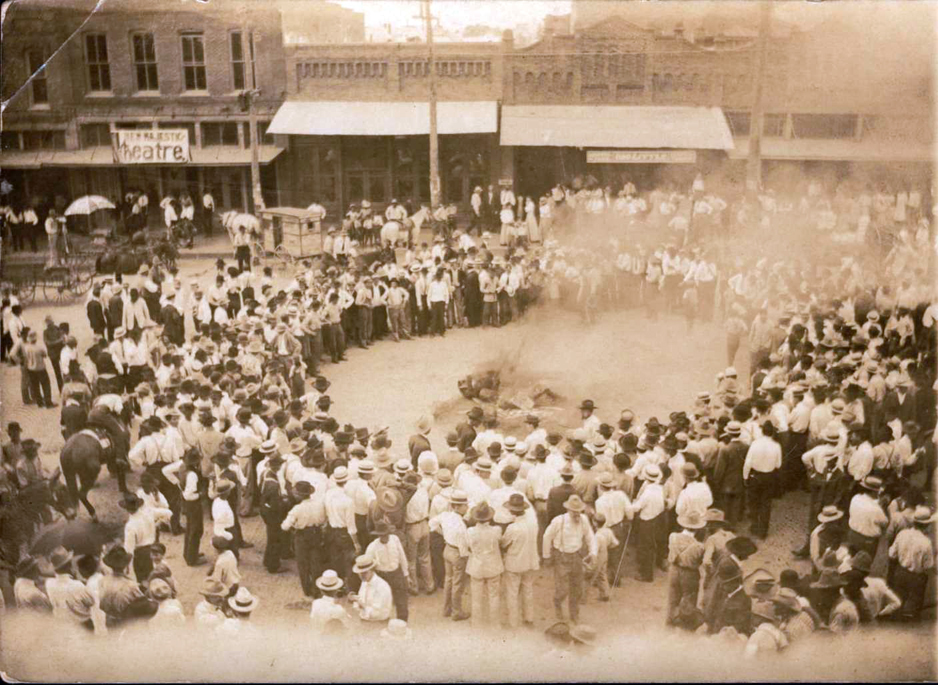 The dealer’s note is quoted here in full:

“Ted Smith, aged 18 years old, was accused of raping a young white woman in Clinton, Texas. He was arrested and brought to jail in nearby Greenville. A mob took him from his cell at eight the next morning. Rather than the usual hanging, they covered him under a pile of wood, doused him with kerosene, and burned him alive in the center of town, in front of a large crowd. The postcards depict the horrible scene, with the crowd gathered around the fire. One shows the wood pile, apparently just before the fire started. The last two in the series show Smith’s charred remains after the wood had burned away.

Texas History site notes: From the early 1920s through the late 1960s, Greenville was known for displaying a large sign emblazoned ‘The Blackest Land, the Whitest People,’ across its main street, and the town has a history of racial tension and violence. One of the most notorious events in Greenville’s history occurred on July 28, 1908. Acting on allegations of rape from a white girl, a crowd of over 2,000 people seized a young African-American man named Ted Smith and burned him in the town square.

Despite national outrage, city and county officials refused to prosecute the case and even issued statements in support of the action. Although no issues of the Morning Herald pertaining to Smith’s lynching seem to have survived, the paper reveals a widespread acceptance of such violence in a 1908 article on another case. The article, which deals with the murder of a sheriff in a neighboring county, concludes with the suggestion, ‘The negro escaped but posses of citizens are searching for him. Feeling runs high and a lynching may follow the negro’s capture.’

The lynching of Ted Smith was covered extensively in the Greenville Messenger and the Herald’s rival, the Greenville Evening Banner. These papers provide important sources documenting the culture and history of Greenville and Hunt County. https://texashistory.unt.edu/explore/collections/GVMHD/ An extended account can be found in the Waxahachie Daily Light, Wednesday, July 29, 1908″ 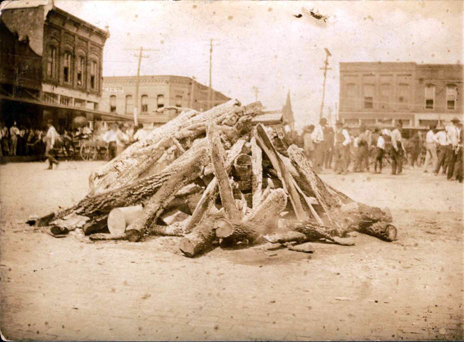 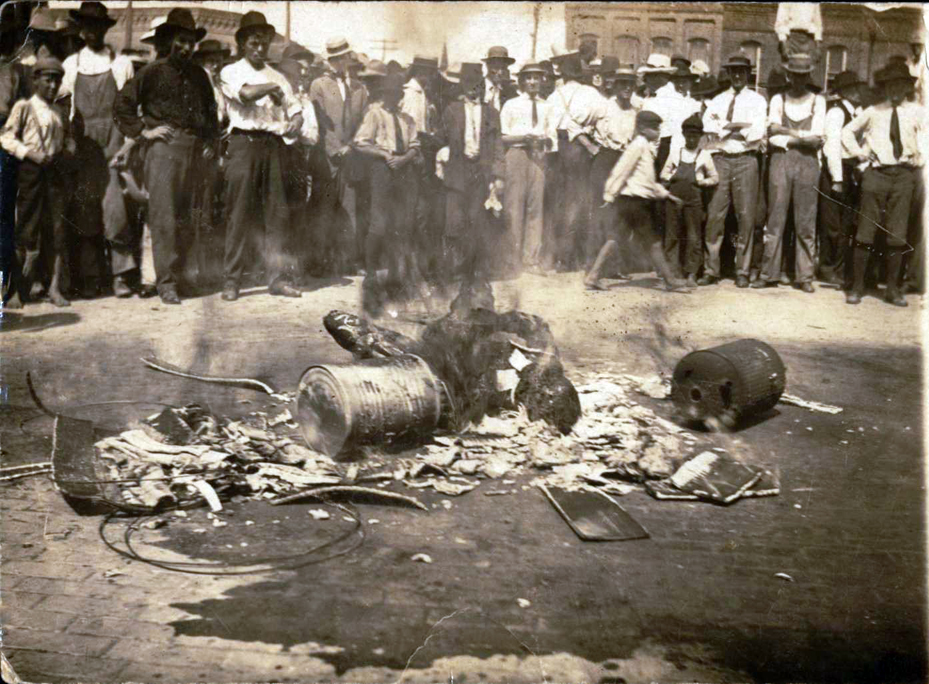