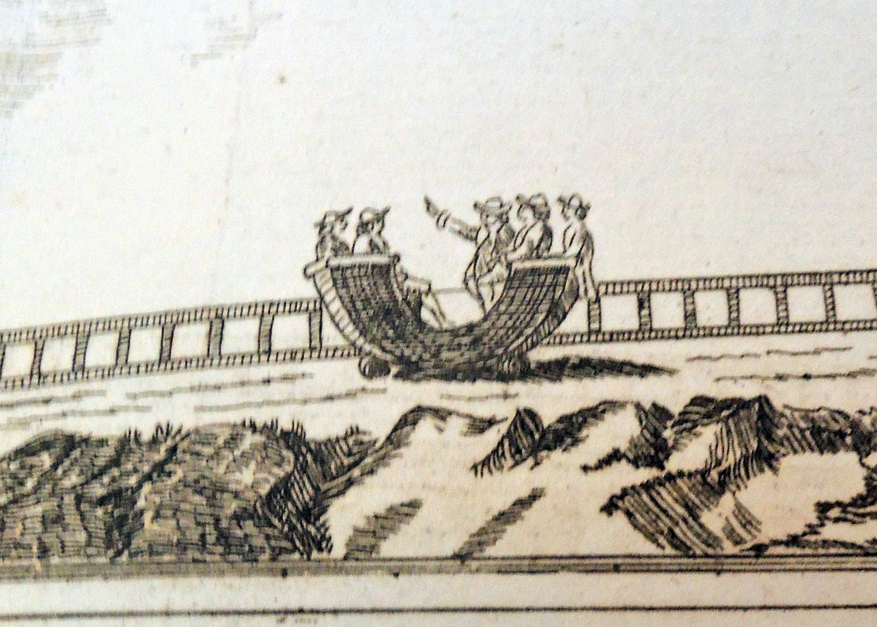 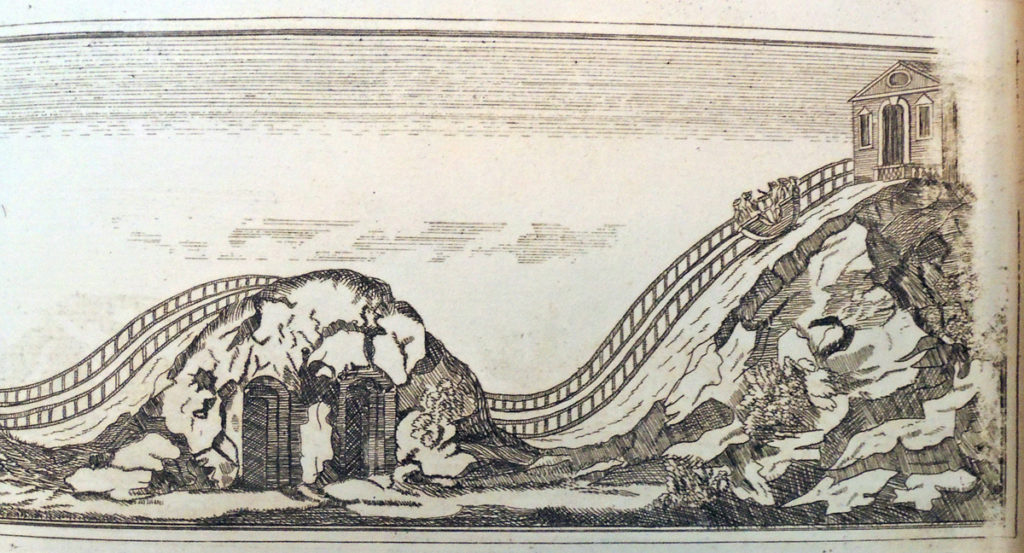 Today I was introduced to one of the earliest pictures of a roller coaster. It first appeared in Gaudia Poetica by Frederick Calvert, sixth Baron Baltimore, 1770 [at the bottom], but the better printing is eight years later in  John Glen King’s Letter to the Bishop of Durham, 1778 [at the top]. Here are some close-ups, along with a review of the book where it is found. 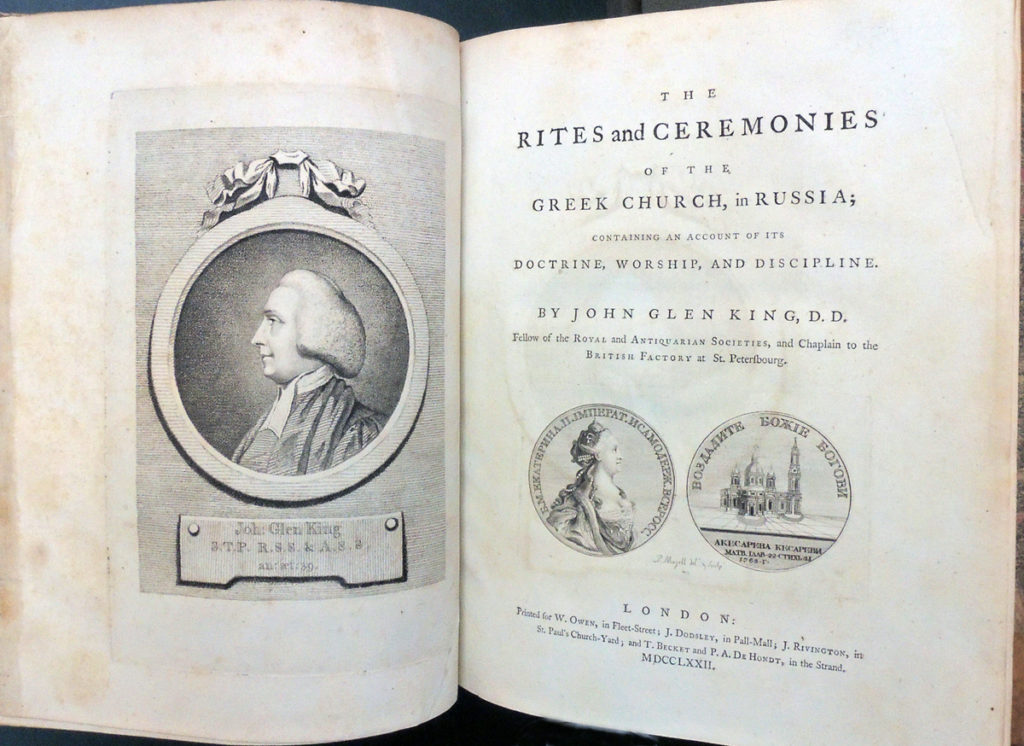 “The ingenious and learned Dr. King is guilty of what may be called literary teasing in his pamphlet, …But the description of the use of the flying mountains at Zarsko Sello, accompanied with an explanatory plate, is a greater curiosity than any we remember to have met with before, concerning this country. We cannot resist the temptation of giving the description, though it must appear imperfect without the plate, of which reason, we recommend the purchase of this very cheap publication.

‘Of all the winter diversions of the Russians the most favourite, and which is peculiar to them, seems to be that of siding down a hill. The late empress Elizabeth was so fond of this diversion, that, at her palace of Zarsko Sello, she had artificial mounts of a very singular construction, made for this purpose (of which I here give your lordship a plate.) These have been called by some Englishmen who have visited the spot, the Flying Mountains, and I do not know a phrase which approaches nearer to the Russian name.’

‘You will observe that there are five mounts of unequal heights; the first and highest is full thirty feet perpendicular altitude; the momentum with which they descend this, carries them over the second, which is about 5 or 6 feet lower, just sufficient to allow for the friction and resistance, and so on to the last, from which they are conveyed by a gentle descent, with nearly the same velocity, over a piece of water into a little island.’

‘These slides, which are about a furlong and a half in length, are made of wood, that they may be used in summer as well as in winter. The process is, two or four persons fit in a little carriage and one stands behind, for the more there are in it, the greater the swiftness with which it goes; it runs on castors and in grooves to keep it in its right direction, and it descends with a wonderful rapidity. Under the hills, is a machine worked by horses for drawing the carriages back again with the company in them. Such a work as this would have been enormous in most countries, for the labour and expense it cost, as well as the vast q1uantity of wood used in it.’” London Magazine, or, Gentleman’s Monthly intelligencer 47 (1778): 228-9.

John Glen King (1732-1787), A Letter to the Right Reverend the Lord Bishop of Durham: containing some observations on the climate of Russia, and the northern countries, with a view of the Flying Mountains at Zarsko Sello near St. Petersbourg (London: Printed for J. Dodsley, 1778). RHT copy: Presentation copy to David Garrick with inscription by author. RHT 18th-339 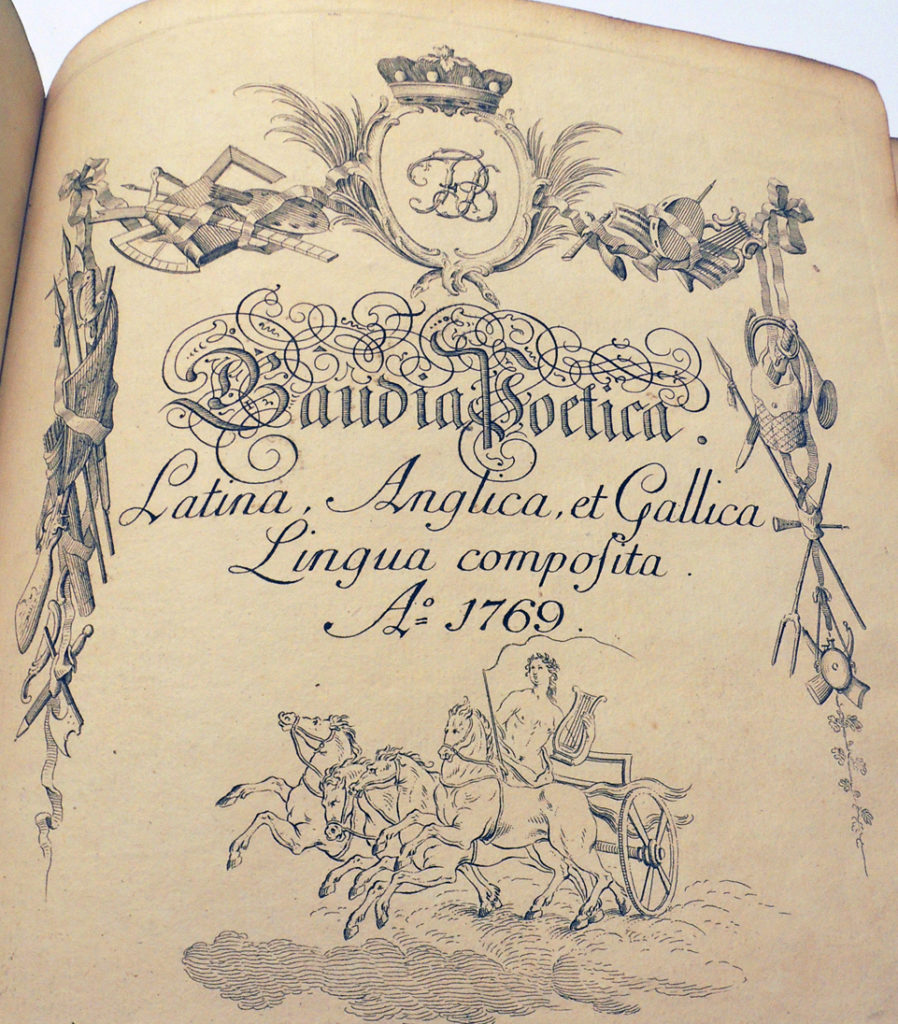 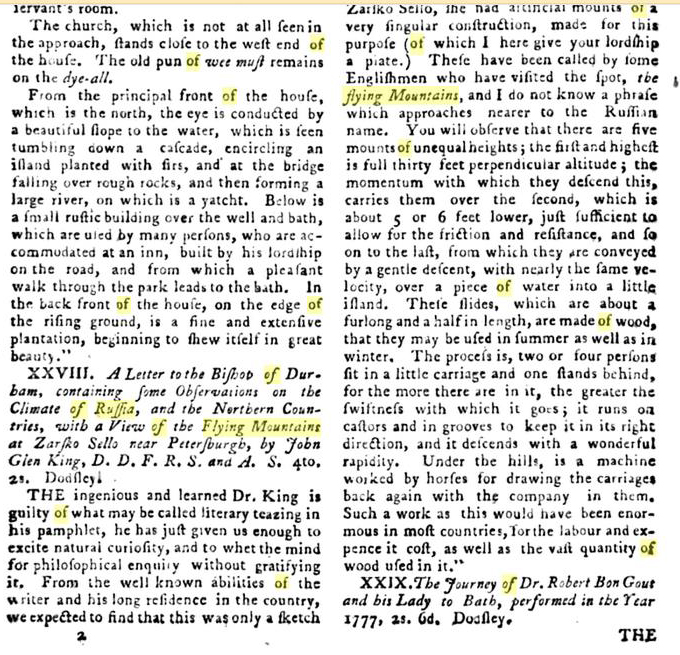 London Magazine article (1778) begins at XXVIII above and continues below 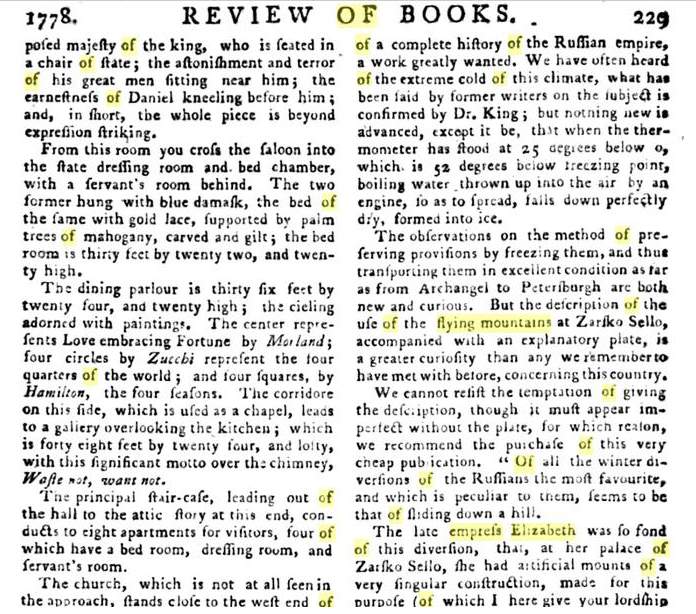