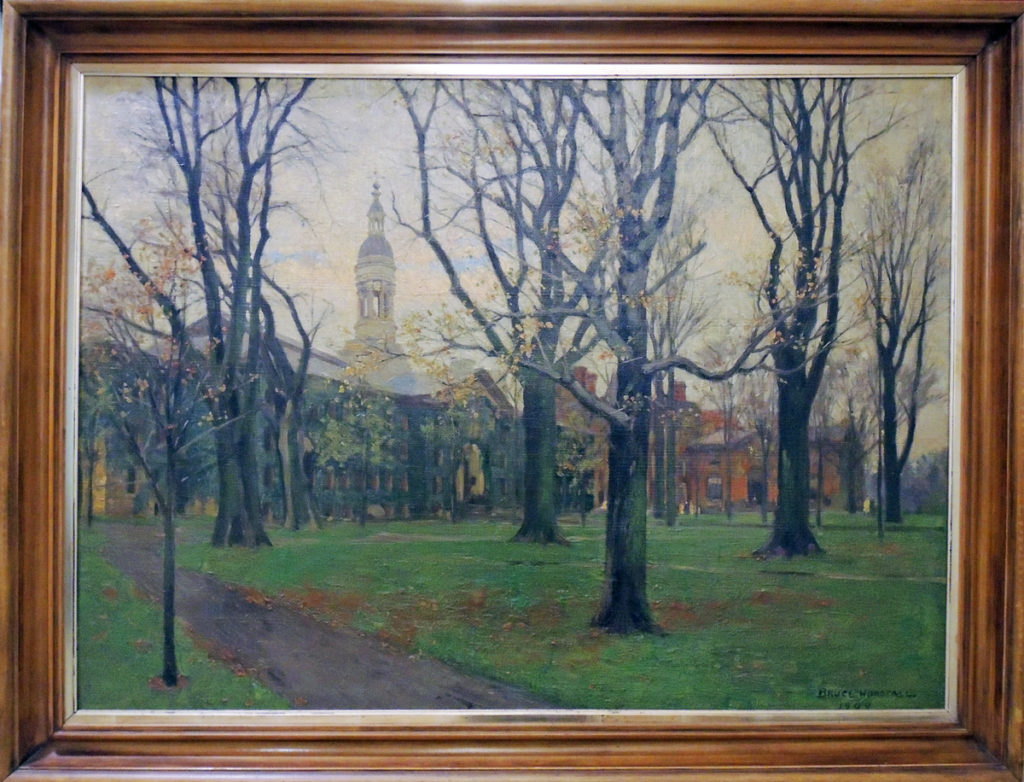 During the first weeks of June 1909, an exhibition was held at the Nassau Club in Princeton, N.J., featuring “paintings and sketches of the campus made by the well-known artist, Robert Bruce Horsfall.” A review in the Daily Princetonian mentions, in particular, “The large painting of ‘Old Nassau’ is of a rainy day in late autumn, showing the fine old elms in the foreground, and could have been made only by one thoroughly familiar with the campus.”–Daily Princetonian 34, no. 74 (June 5, 1909). Unfortunately, only members of the Club were invited to see Horsfall’s work.

Today, thanks to the generous donation of Tracy Mennen Shehab in honor of her grandfather, William G. Mennen, Class of ’36, Horsfall’s painting of Old Nassau is now part of the Graphic Arts Collection where it can be seen by one and all. 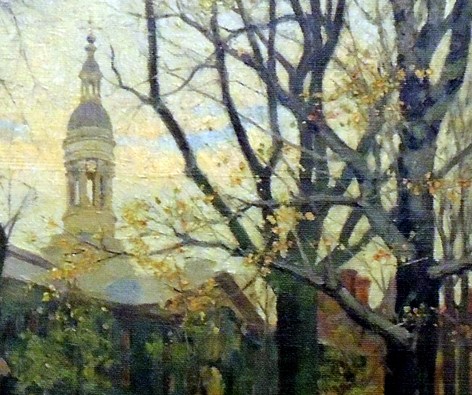 Born in Clinton, Iowa, one of the few thorough obituaries for Horsfall appeared in the Annals of Iowa, published by the State Historical Society of Iowa (fall 1948), which reads, in part,

“Robert Bruce Horsfall, artist and naturalist, died at Long Branch, New Jersey, at Monmouth Memorial hospital, March 24, 1948 . . . as an illustrator of backgrounds for natural habitats, [Horsfall] first exhibited in Chicago in 1886, also at Chicago World’s fair in 1893, and at mid-winter exposition, San Francisco 1893-94; his work often exhibited in national and private museums; from 1904 to 1914 did scientific illustrations for the Princeton Patagonian Report and lived at Princeton University during most of that time.” 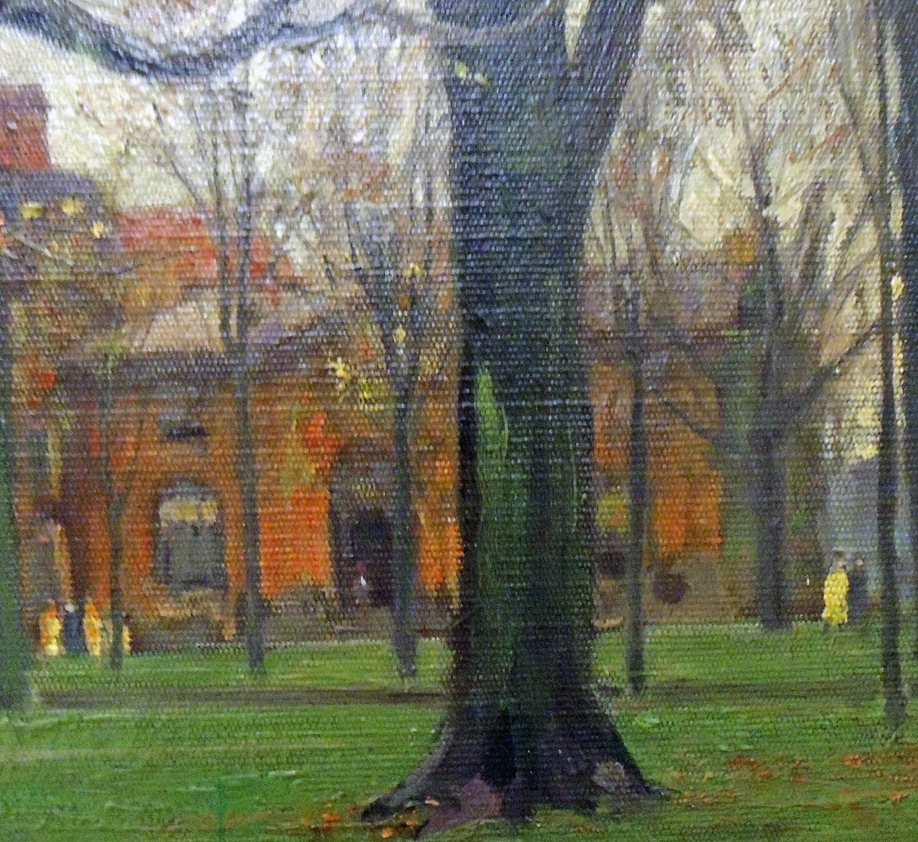 The full Report of the Princeton University Expeditions to Patagonia can be read online at: https://archive.org/details/reportsofprincet01prin