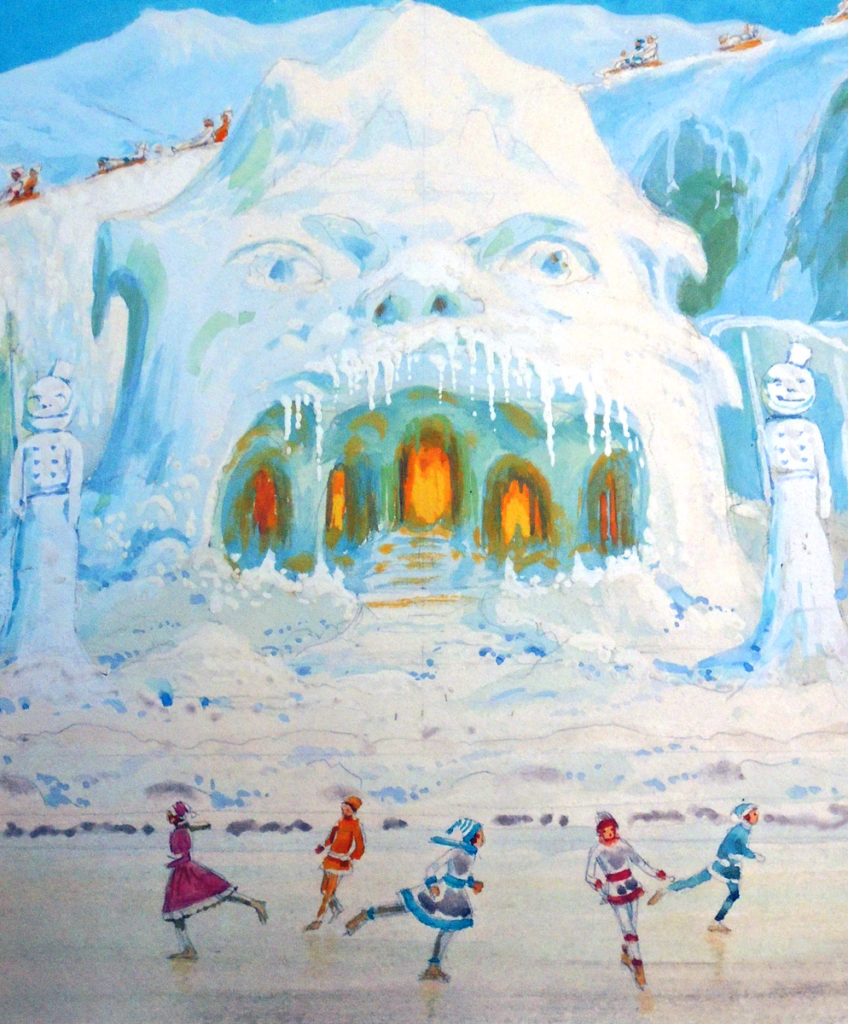 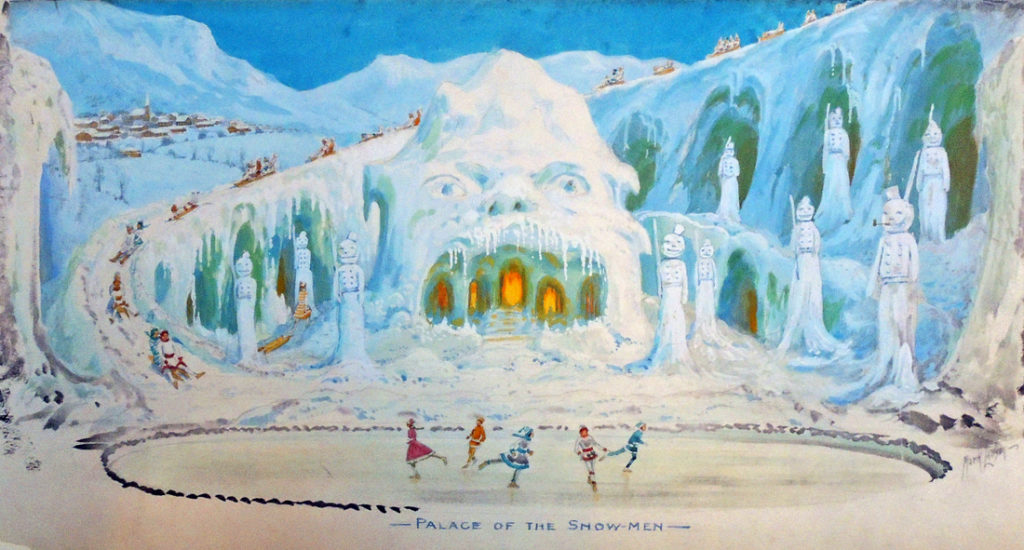 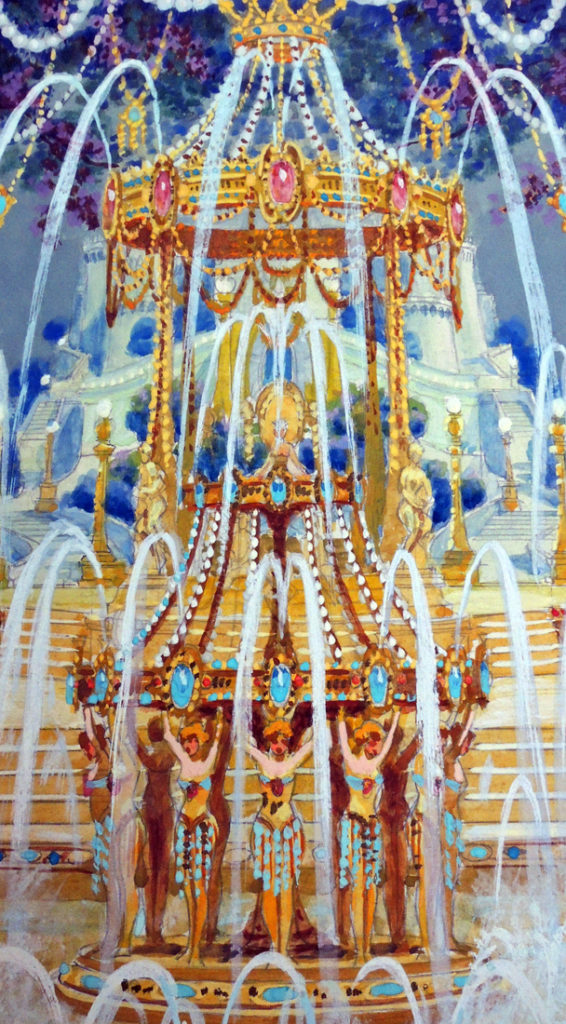 Thanks to research from the Billy Rose Theatre Division of the New York Public Library, we have the following information about Lawson:

“Set designer Mark Lawson (ca. 1866 -1928) was born in Stockholm, Sweden. He came to Chicago as a baby, later living in Minnesota, studying under scenic artist Paul Clausen. After working at Stetson’s Globe Theatre in Boston, Lawson came to New York where he worked on Broadway from 1915-1922, including productions at the New York Hippodrome, where he was on staff. Lawson was also a member of the Lambs Club. He died in New York City.” 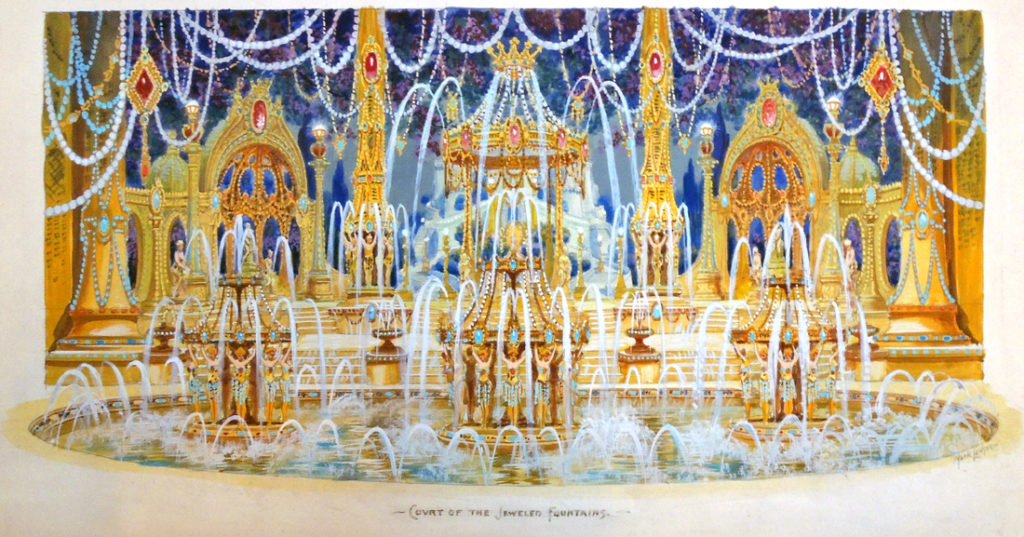 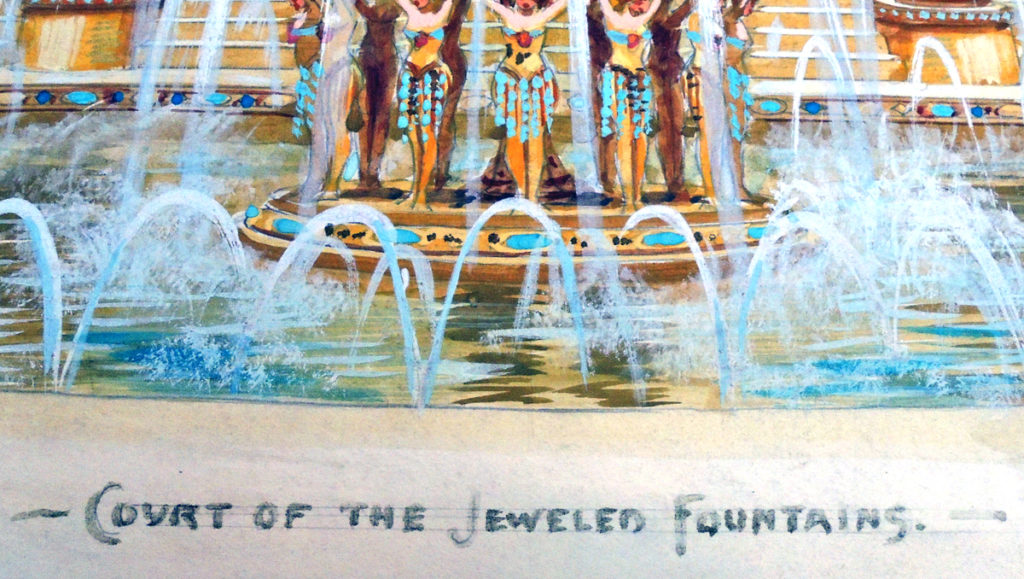 In addition, the online Playbill database lists a number of the New York shows with sets designed by Lawson: 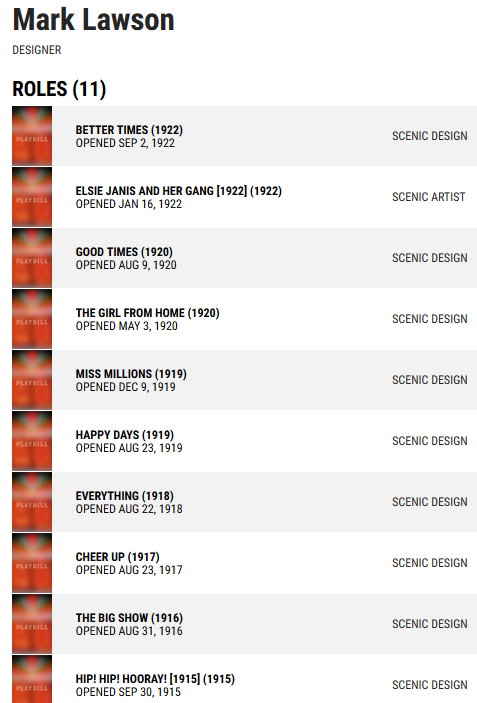 However, we have not been able to match these designs to a particular production in New York or Boston. Can you help? Please reply to jmellby@princeton.edu 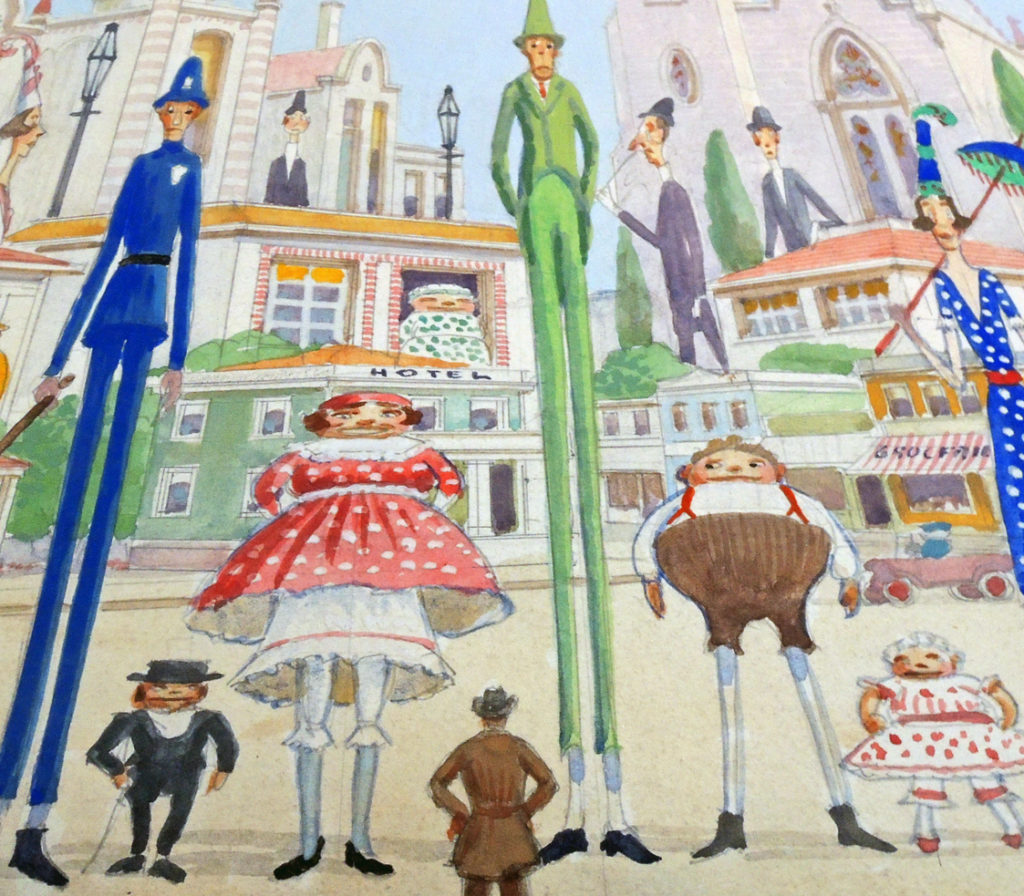 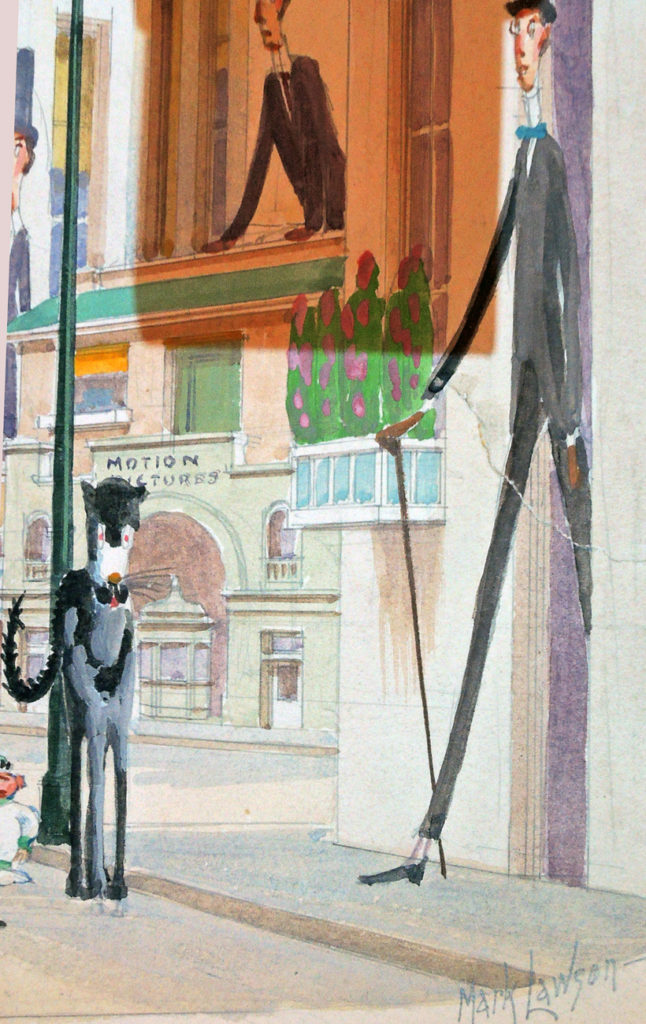 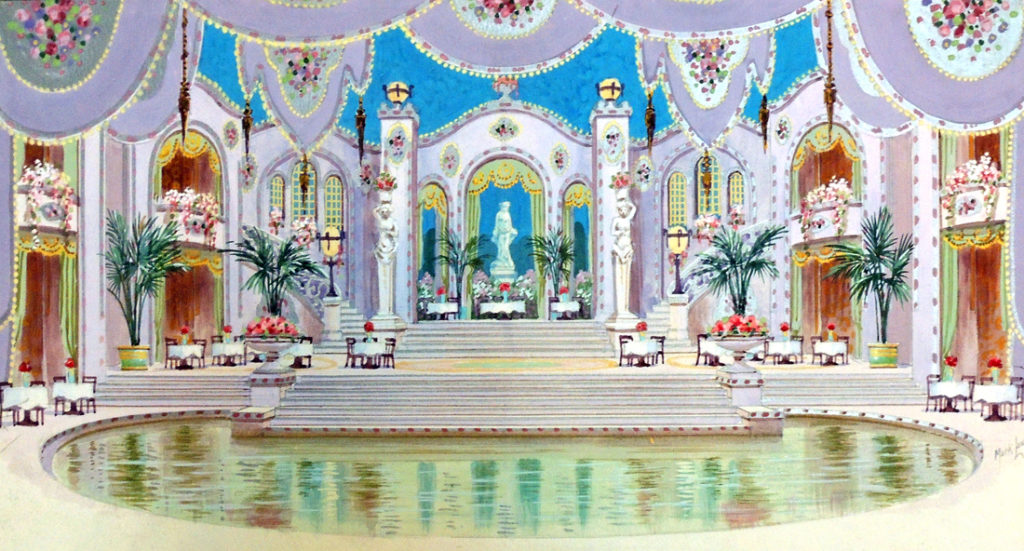