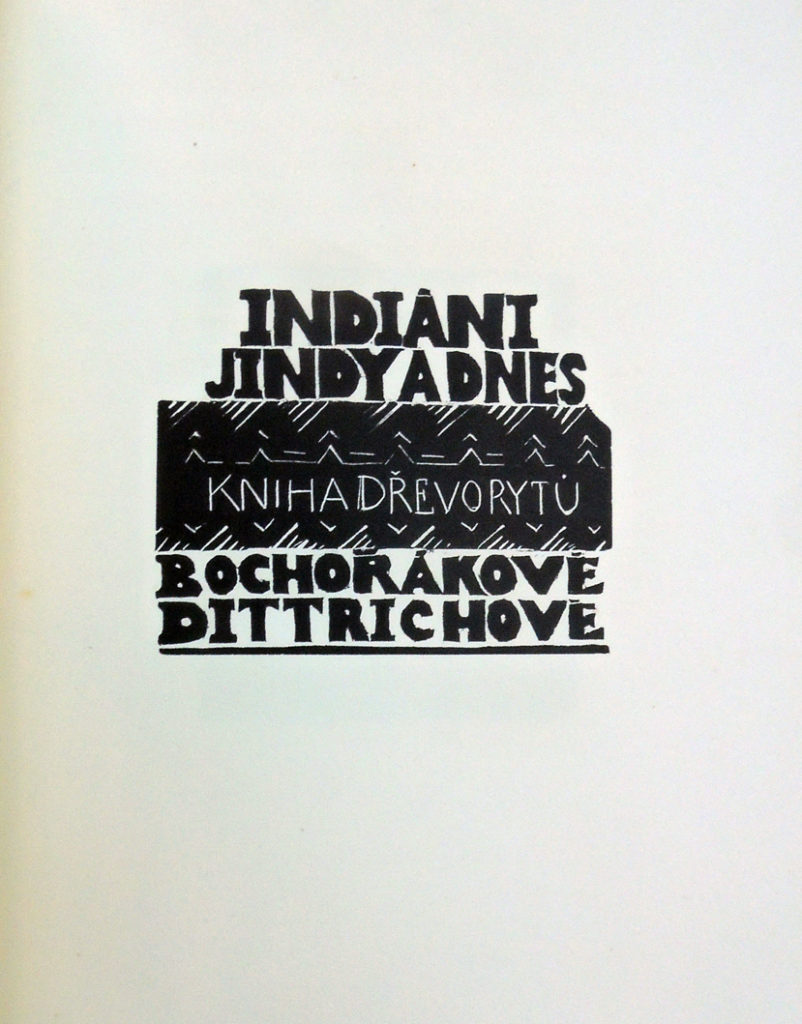 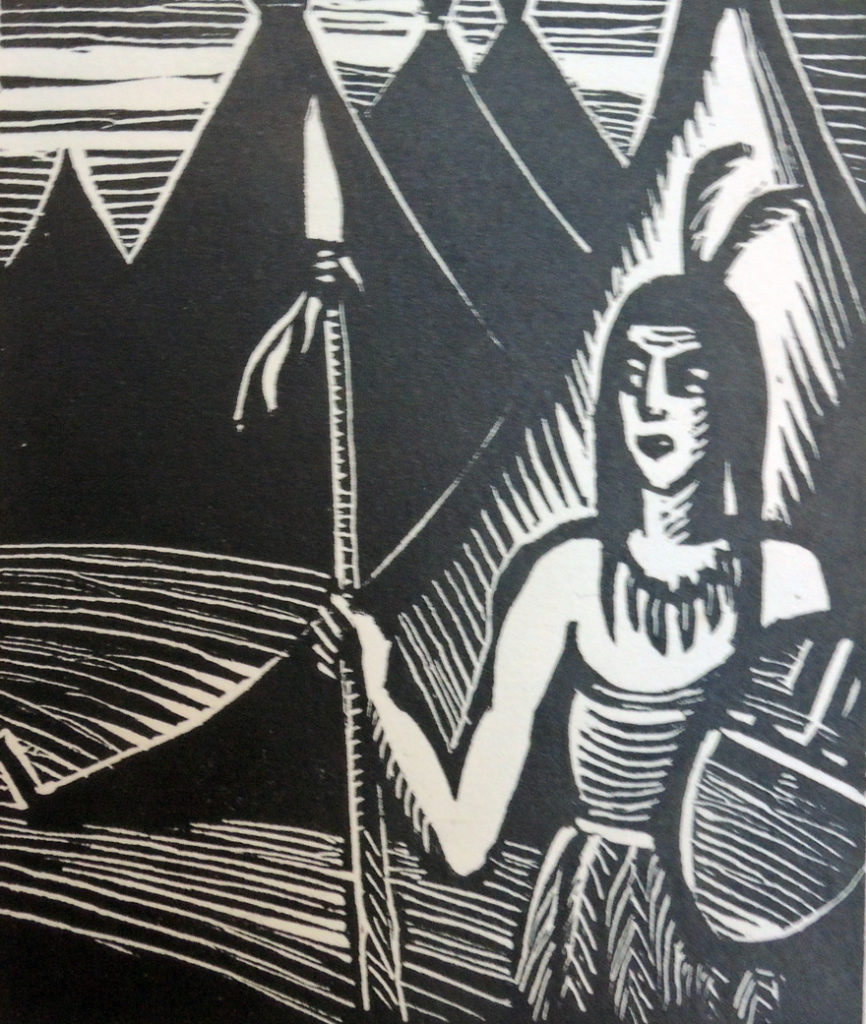 Written and illustrated by Czech graphic artist Helena Bochořáková-Dittrichová (1894-1980), this mostly wordless novel tells its story in 52 black and white woodcuts and 7 pages of text (also by the artist).

The book describes the struggles of the American Indians in the Midwest and Southwest, beginning with Ottawa war chief Pontiac’s battles against the British military occupation in 1763, followed by descriptions of Arizona and New Mexico American Indians.

Recognized as the first (or one of the first) woman graphic novelist, Bochořáková-Dittrichová began publishing woodcut narratives with Z mého dětství (From My Childhood) in 1929 and is credited with 15 graphic novels, the last published in 1969. Princeton University Library has only one other example of her work: Childhood: a Cycle of Woodcuts. Edition 300. Cotsen Children’s Library Eng 20 18173. 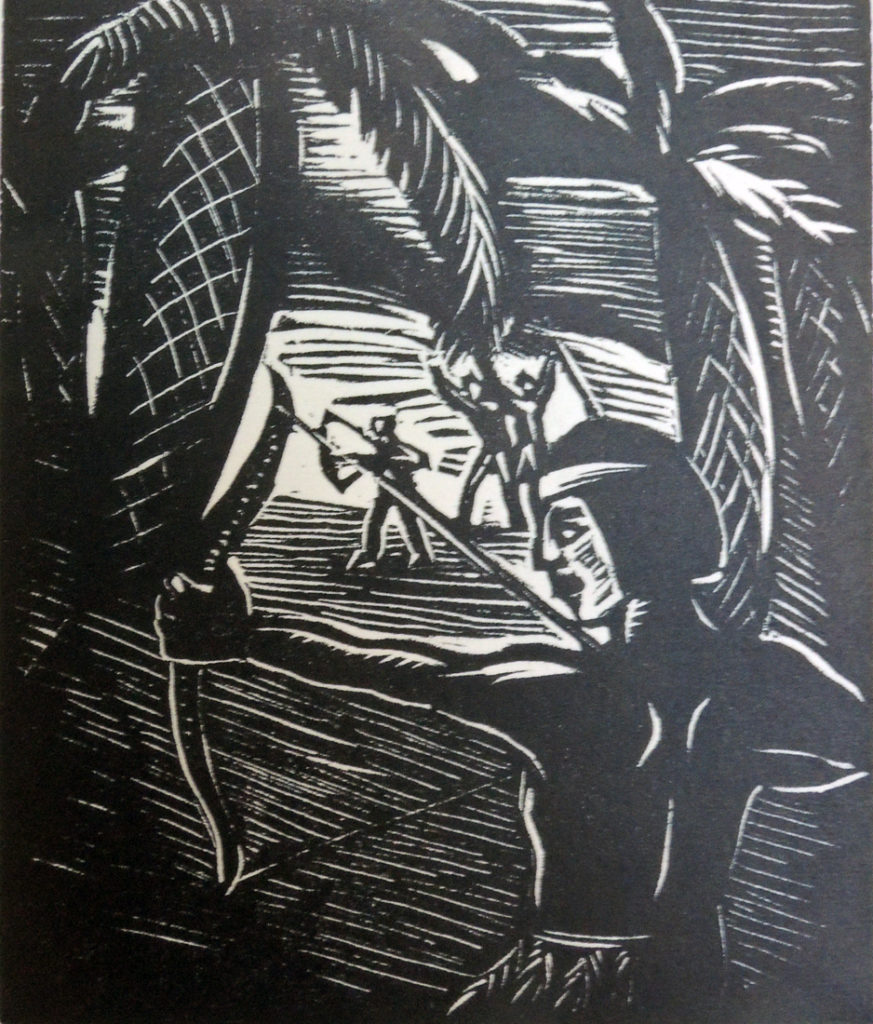 Considered extremely rare and yet, seminal to her oeuvre, Bochořáková-Dittrichová printed only 125 copies of Indians Then and Now with Josefem Hladkým. The only other holdings I see listed in the United States are at Columbia University and the National Museum of Women in the Arts, Washington D.C. Happily, if you can’t come to Princeton, the entire volume has been digitized here: http://sbirky.moravska-galerie.cz/dielo/CZE:MG.BF_456 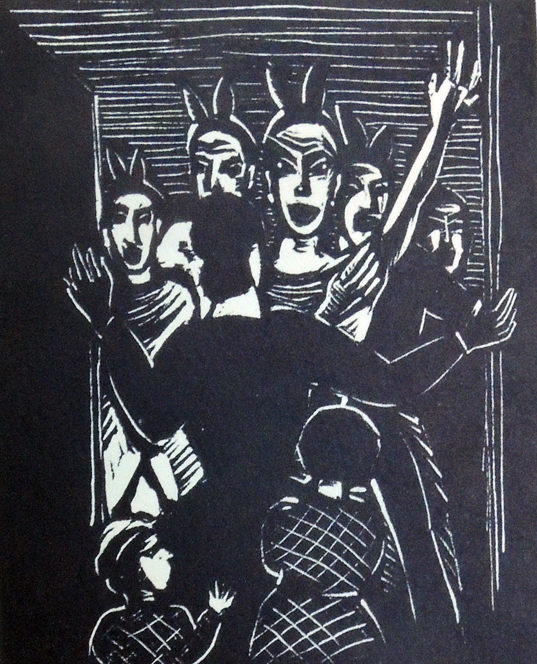 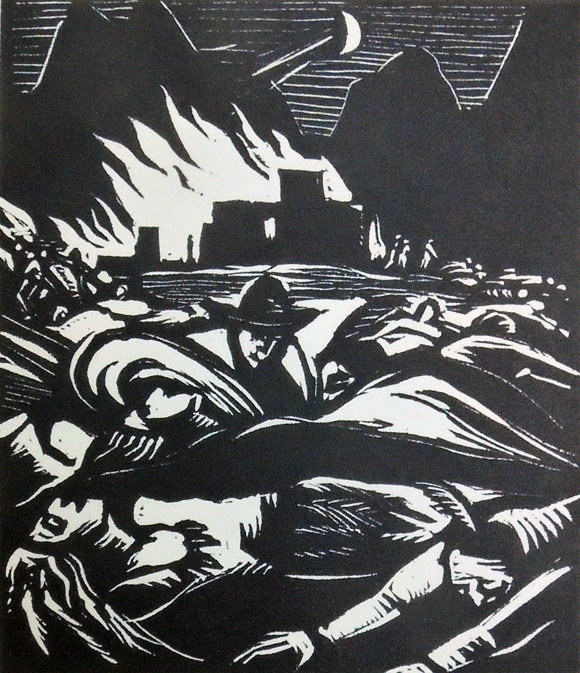 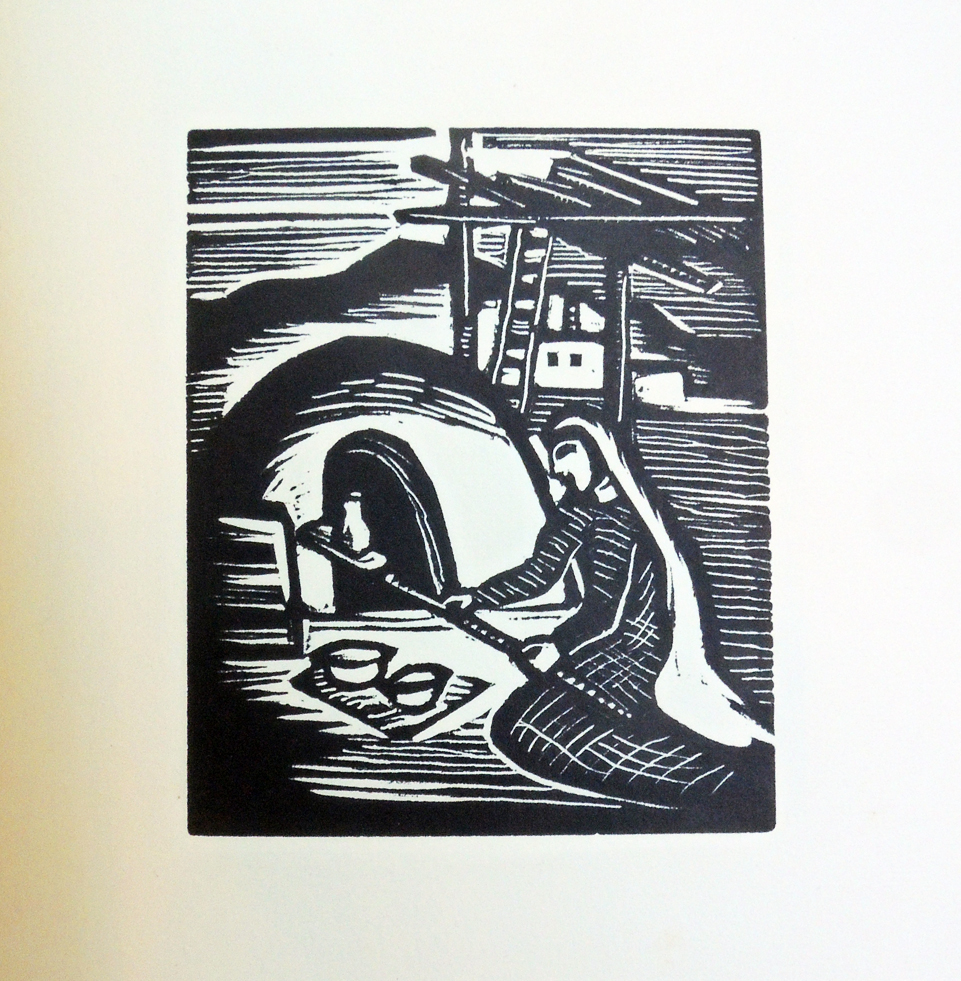 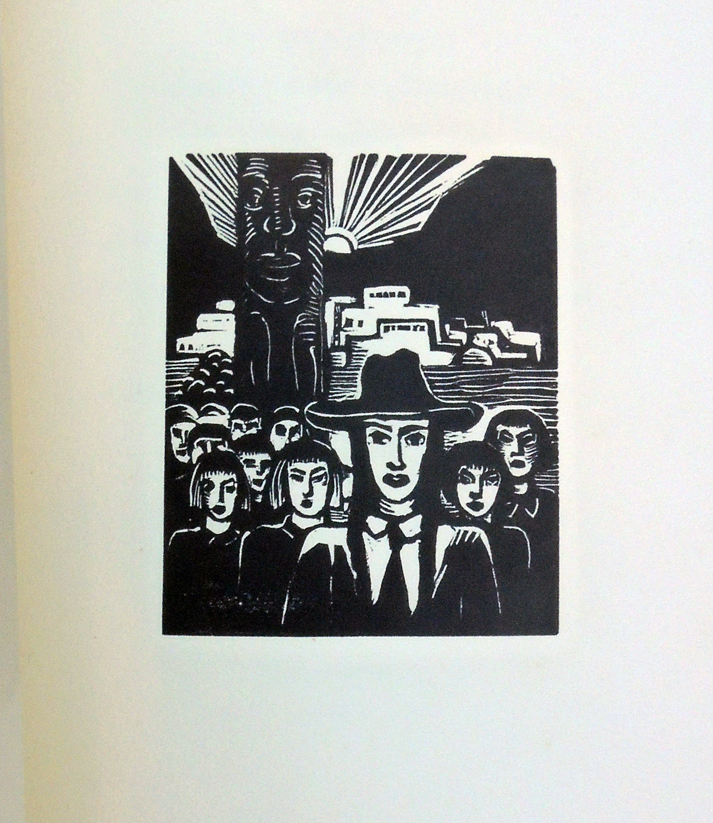 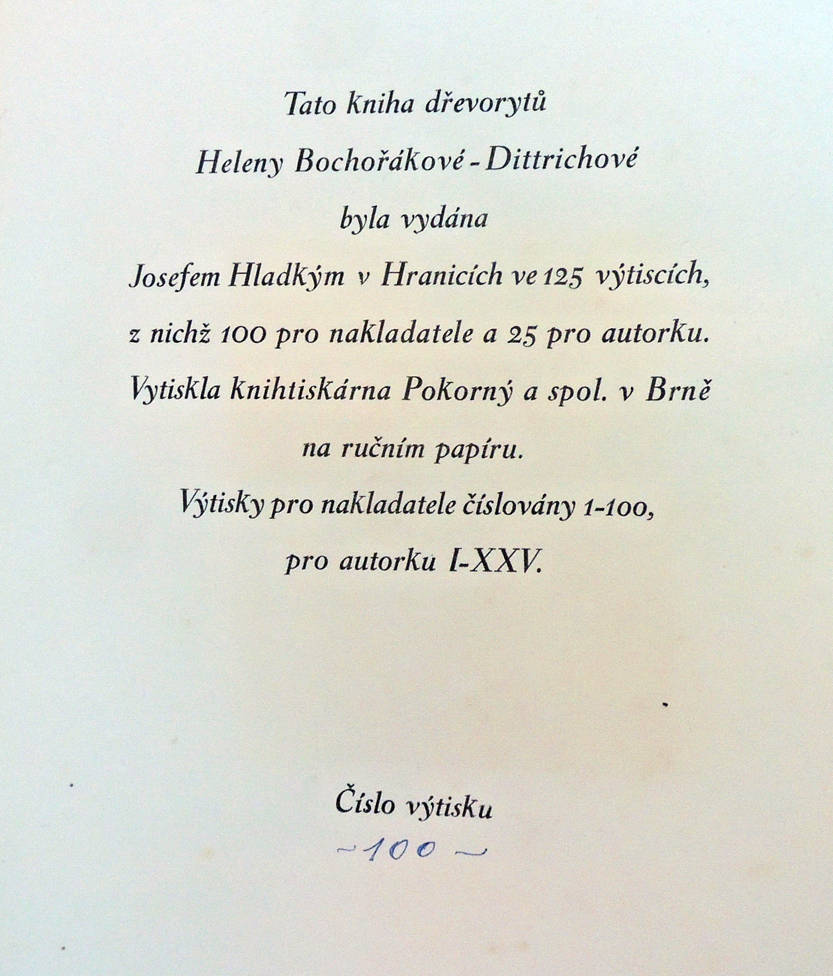 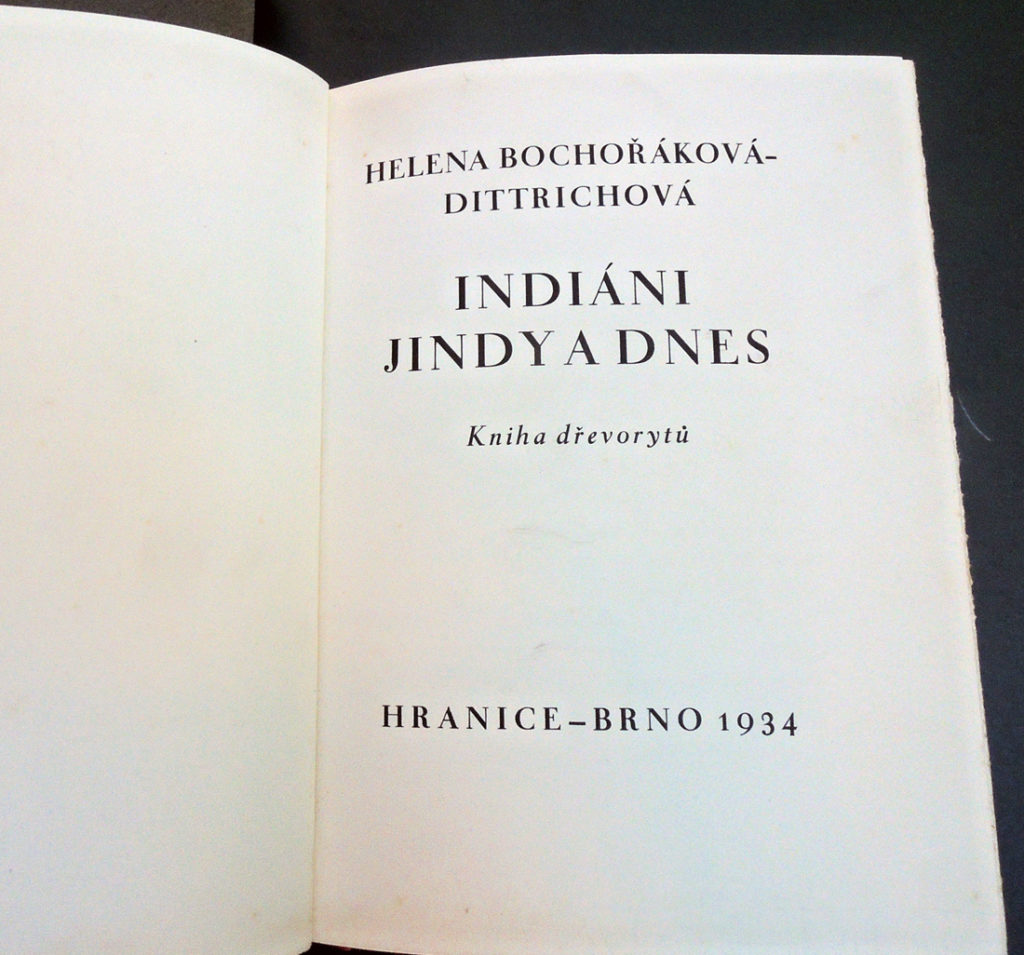 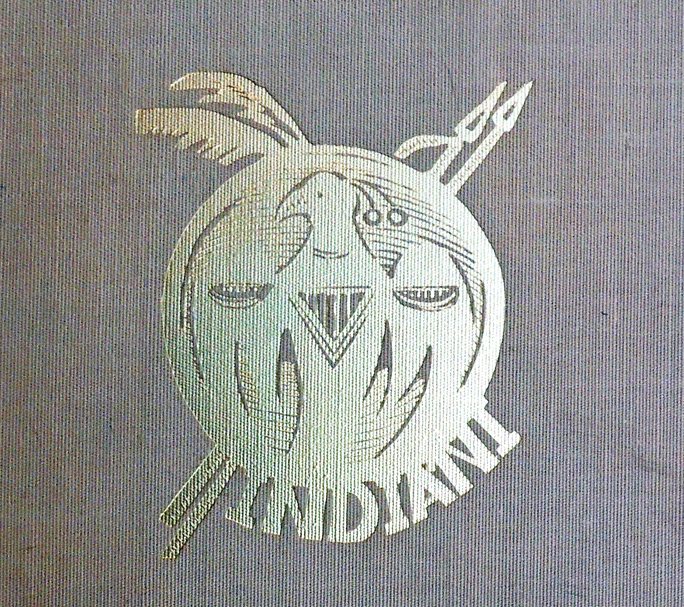