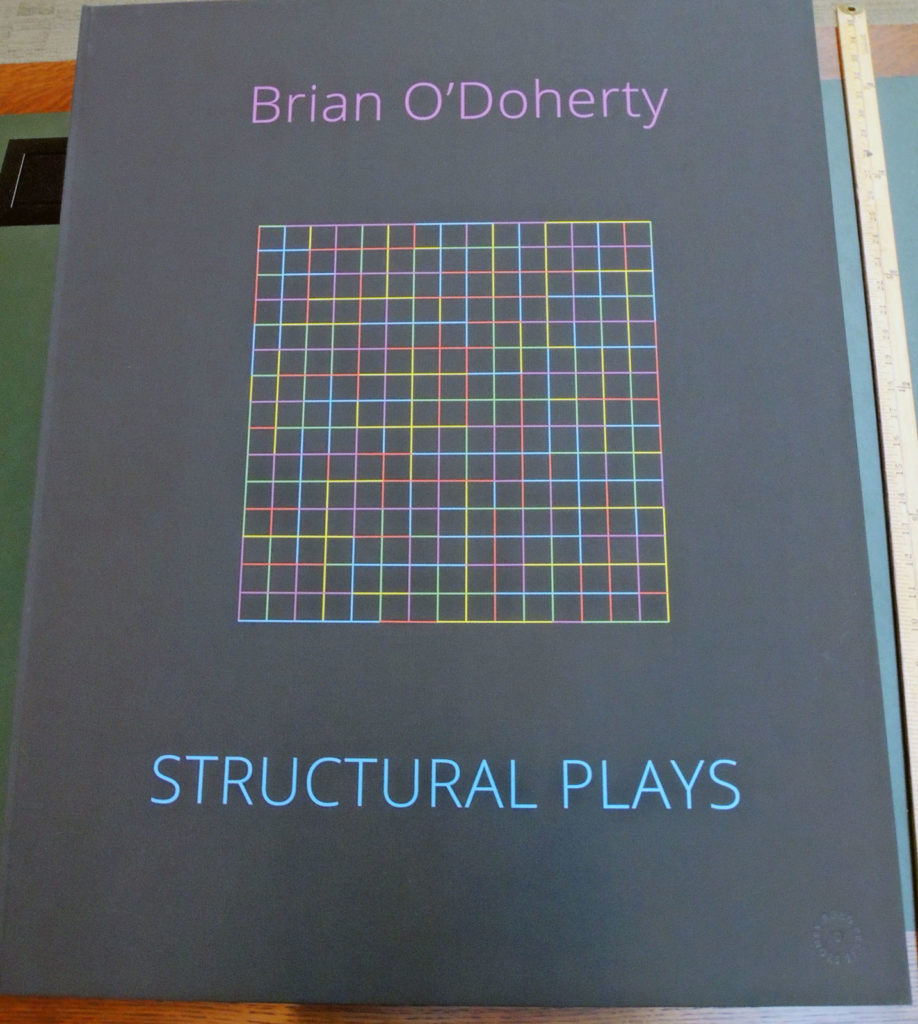 The Graphic Arts Collection received its new copy of Brian O’Doherty/Structural Plays, published by Stoney Road Press, with both pleasure and sadness yesterday. James O’Nolan, co-director of Stoney Road, passed away in July 2018 and so, this will be the last of his beautifully printed books.

Based in Dublin, Stoney Road Press is the only independent commercially run fine art print studio in Ireland. An obituary for O’Nolan, published in The Irish Times, July 21, 2018, was titled “Printmaker who made his mark as an artist. His enduring legacy is as a teacher and mentor, and as an interpreter across different media for some of the country’s most distinguished contemporary artists.” 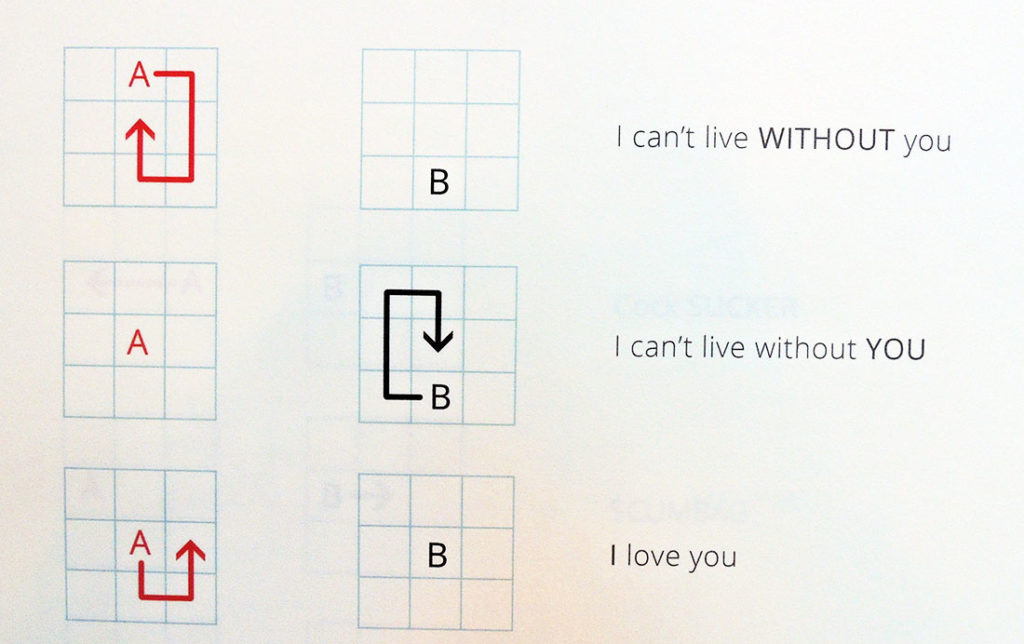 In his work with his business partner David O’Donoghue at the Stoney Road Press (SRP) in Dublin since 2001, James O’Nolan created an internationally renowned fine print press, counting among its clients some of the most prominent names in contemporary Irish art, and setting a globally appreciated standard of excellence which has seen its products displayed in leading galleries throughout Ireland, the UK and the US.

O’Nolan, who has died aged 65 from injuries sustained while cycling in inner-city Dublin, was a self-taught printmaker, and made his mark as an artist in woodblock and carborundum, examples of which are held in public collections such as the National College of Art and Design and the Arts Council. They are described by James Hanley, Keeper of the Royal Hibernian Academy, as having “an intellectual purity of geometric and colour-filled abstraction.” …In his eulogy at O’Nolan’s Humanist funeral service in Dublin this month, Hanley gave a pointed example of this in practice: “Thirty odd years ago, one student [of O’Nolan’s] vacillated and said she had picked textiles, but really wanted to do fine art. James told her firmly, ‘Go . . . and change to fine art.’ The art student concerned was Rachel Joynt, today one of Ireland’s greatest sculptors.”

…O’Nolan came from a particularly renowned Irish family. His father, Kevin, was a Professor of Ancient Classics at University College, Dublin and one of his uncles was Brian O’Nolan, the writer Flann O’Brien, aka the satirist Myles na gCopaleen, columnist with this newspaper. His mother, Maureen Dwyer, who died when he was aged six, was the matron at Glenstal Abbey School where her husband was teaching when James was born. Kevin O’Nolan later remarried, his second spouse being Marie O’Connell, a noted novelist of the period. 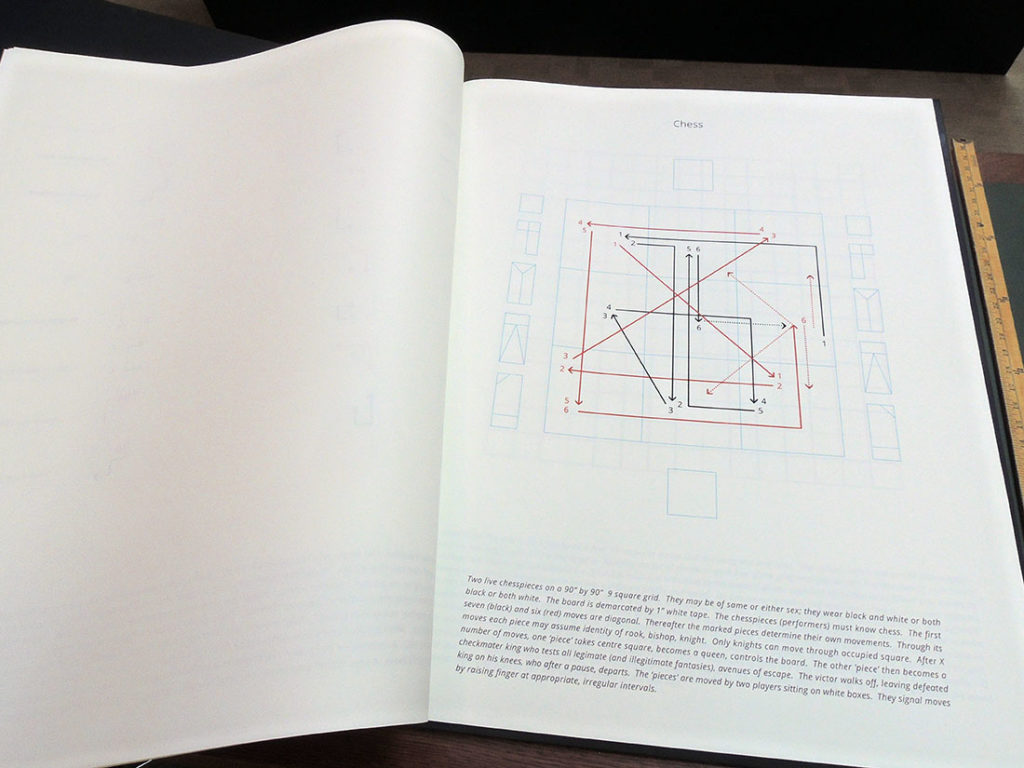 “In re-publishing the Structural Plays,” wrote O’Nolan, “the primary aim was to gather them together in one place, a sort of textbook from which they could be enjoyed, read together, or used as a blueprint to re-create the performances. The original notations are included at the bottom of each. These, together with Brian’s notes on the plays, provide a clear account of how the plays might be performed today.” To page through a digital version, see: https://issuu.com/stoneyroadpress/docs/brian_odoherty_structural_plays-iss 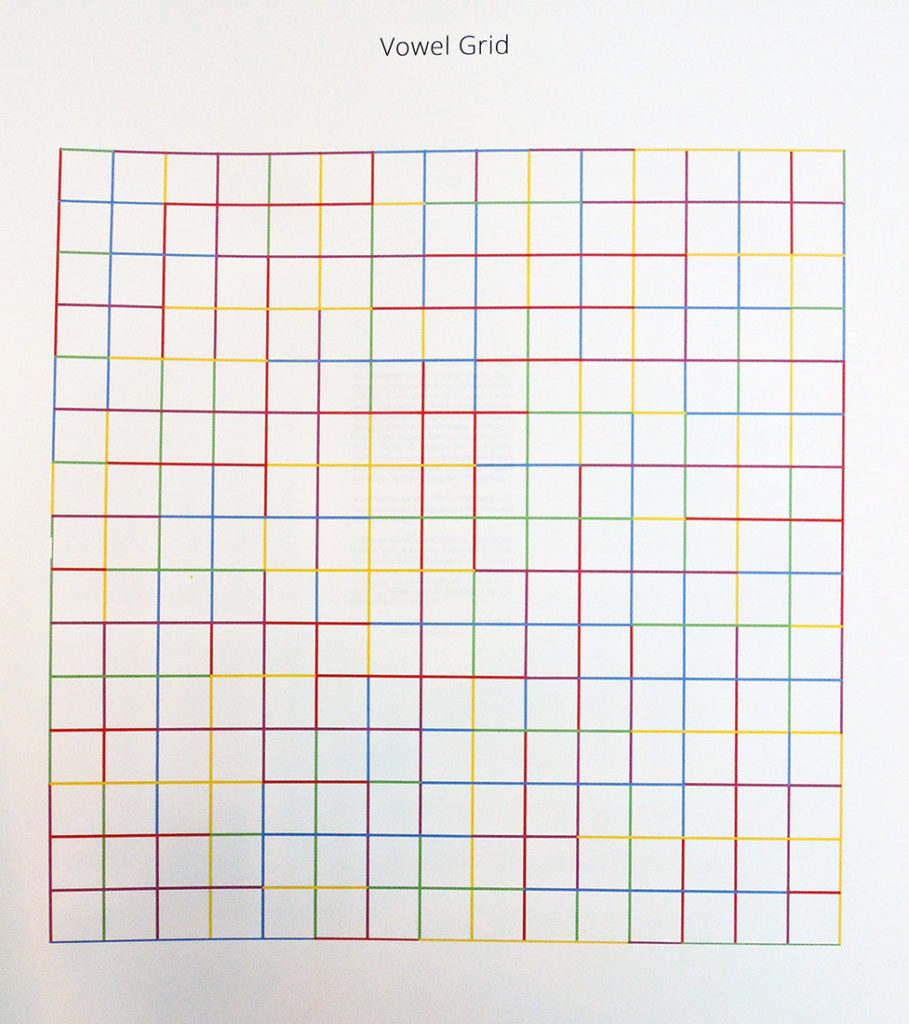 Brian O’Doherty is quoted as saying, “The Ogham Drawings, which preoccupied me for over twenty years, look like drawings, behave like drawings, can be seen as drawings, are drawings, but they also have a voice, that is, they can be spoken and performed. Vowel Grid is a performed drawing.” Many of the structural plays are inspired by Ogham script–an ancient Celtic translation of the Roman alphabet into a writing system of 20 linear characters. 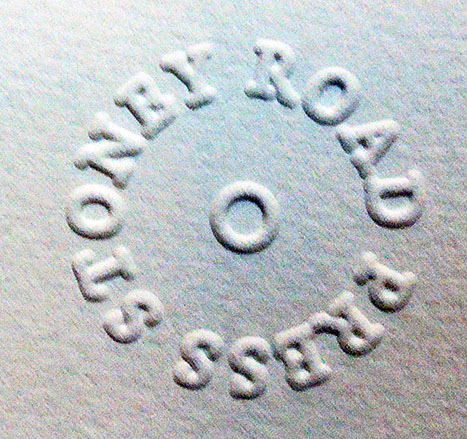 An artist and a teacher, O’Doherty exhibited at Documenta and the Venice Biennale; served as director of both the visual arts and film and media programs at the National Endowment for the Arts; taught film and art criticism at Barnard College and Long Island University; and has written two works of fiction, The Strange Case of Mademoiselle P. and The Deposition of Father McGreevy, which was nominated for the Booker Prize in 2000. He received the College Art Association’s Mather Award for art criticism in 1965 and was a visiting scholar at the Getty Research Institute in 2009–2010. 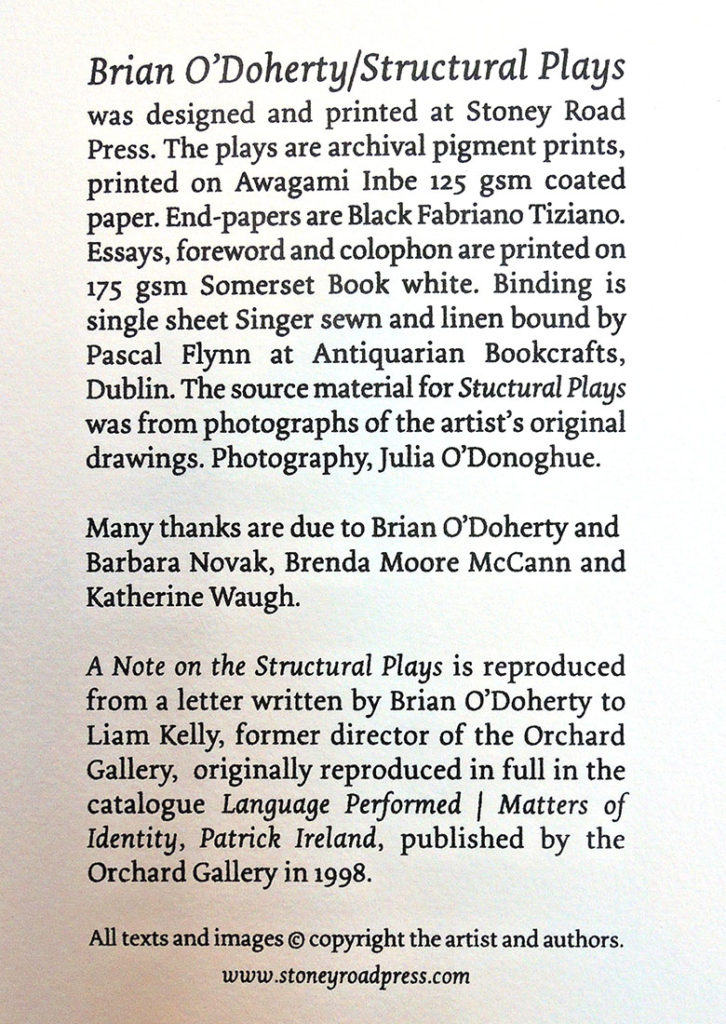