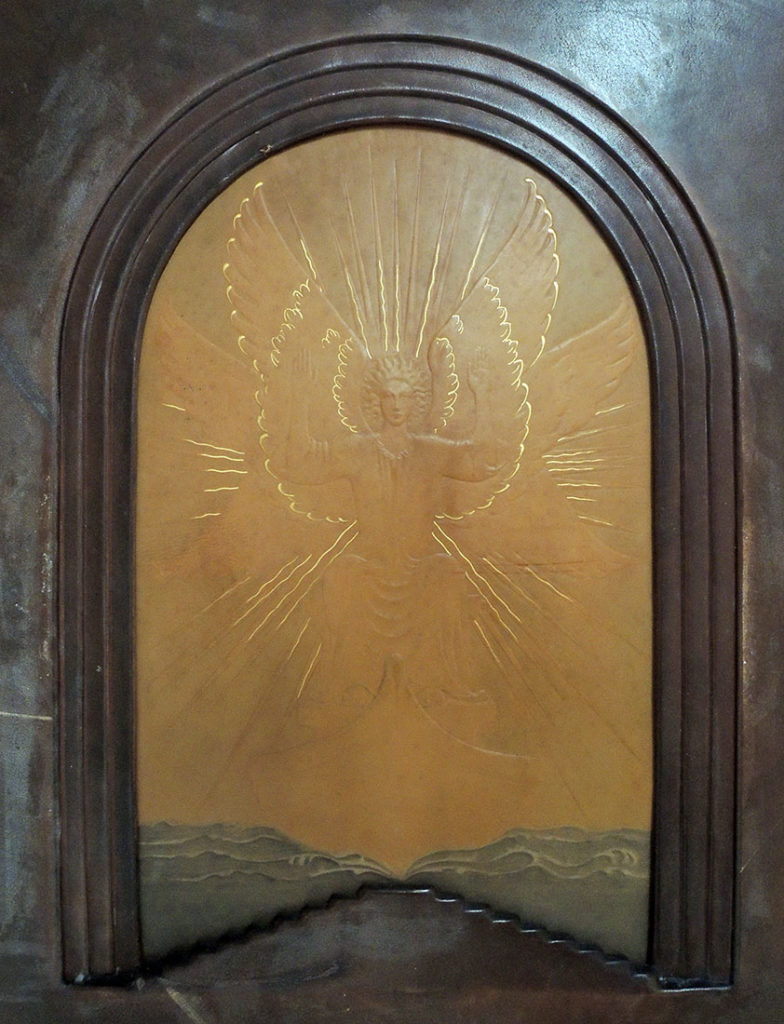 Volume 3 front cover
The question yesterday was, What is on the back of the Nattini binding?

As first posted in 2011, the Graphic Arts Collection is fortunate to hold one complete bound set of Dante’s Divine Comedy imagined by the artist Amos Nattini (1892-1985), along with one partially unbound set. At 82 cm long and perhaps 20 pound each, these do not move from the shelf often. 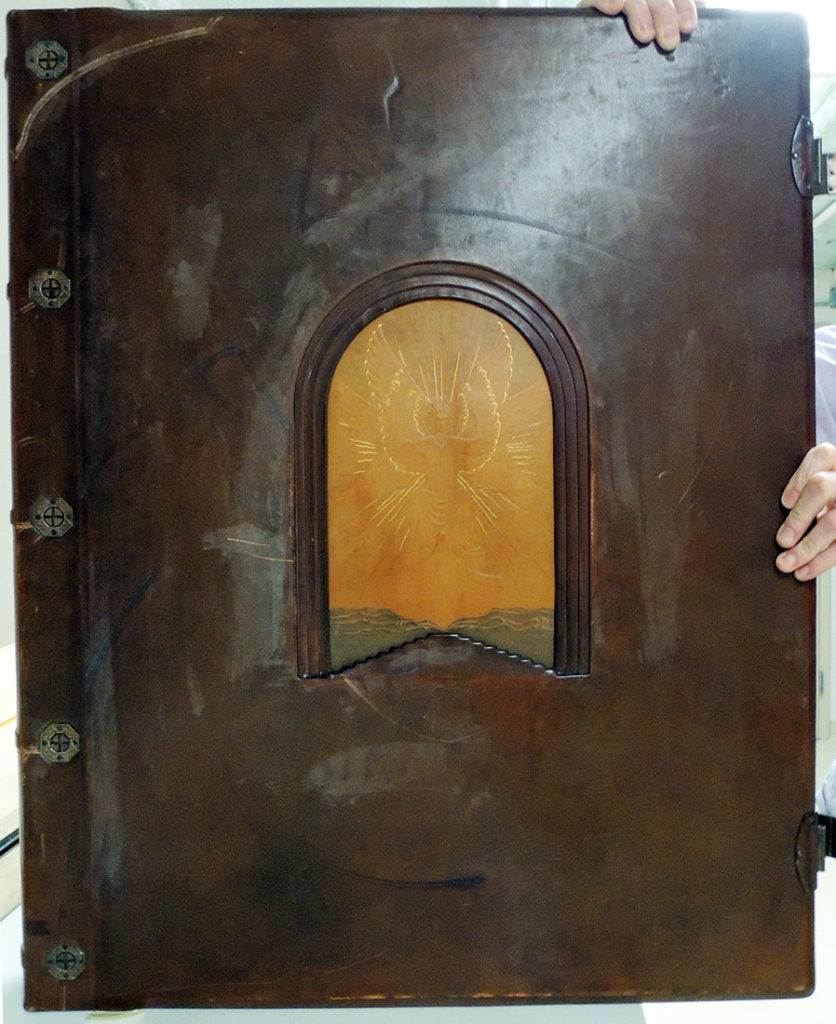 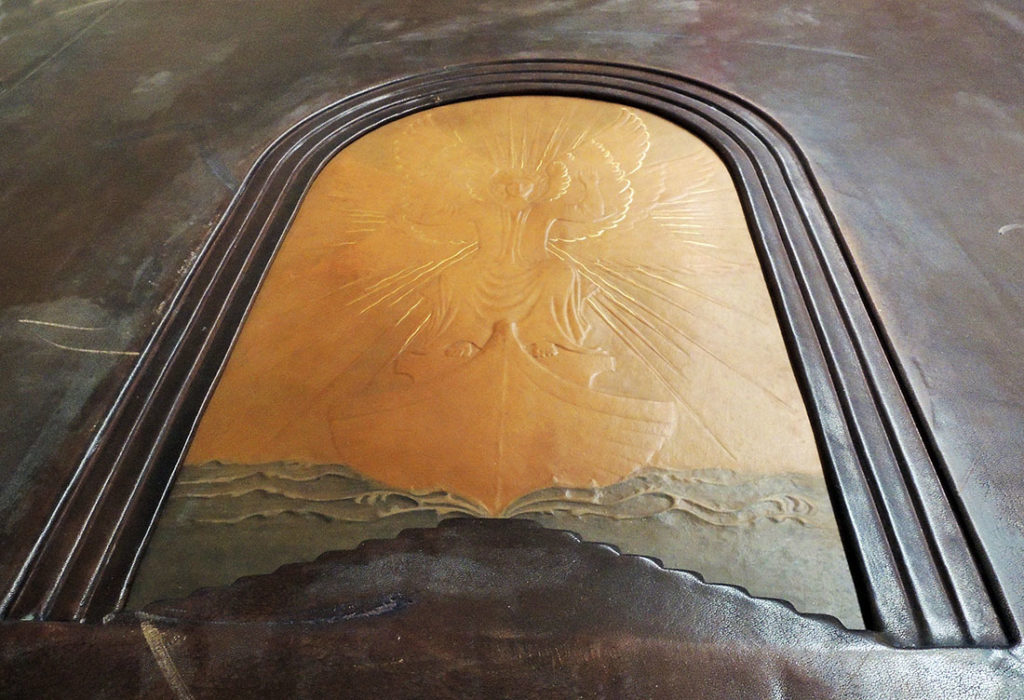 In 1921, on the occasion of the 600th anniversary of Dante Alighieri’s death, the Istituto nazionale dantesco in Milan commissioned a new, illustrated edition of the poet’s Divine Comedy. The artist chosen for the project was Amos Nattini, who was charged with creating one plate for each canto. For the next twenty years, Nattini worked on his Dante, releasing each of the three volumes are they were completed in 1928, 1936, and finally 1941.

Perhaps because of the length of time between volumes, the first and second are bound with similar designs while the third volume has its own design. Here are the front and back, along with this lovely design for the screws. The books are now heading to conservation for a good cleaning. 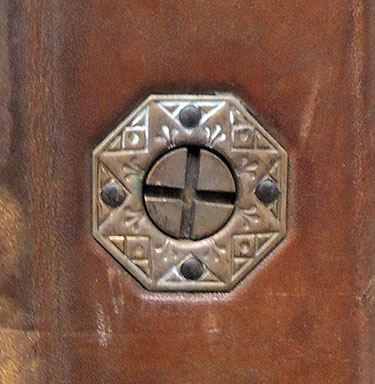 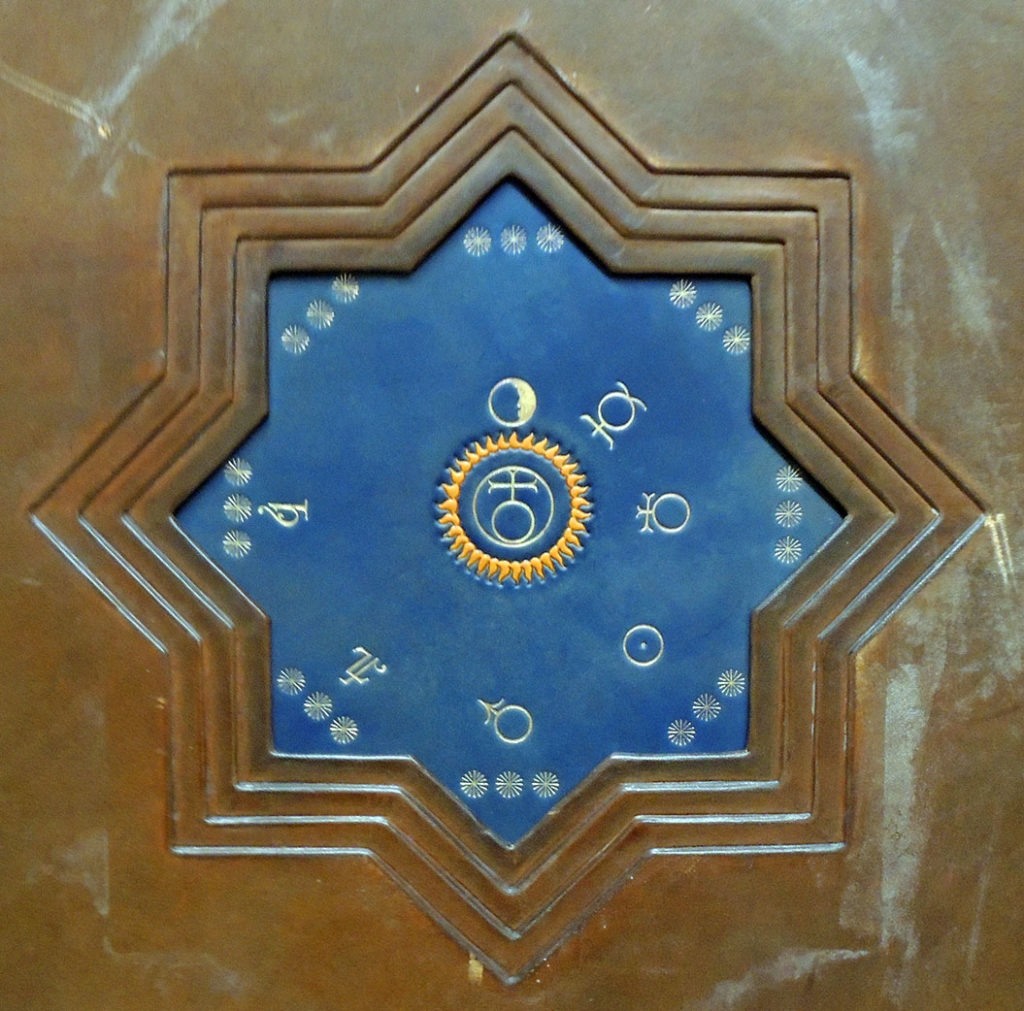 Detail of volume 3 back cover. 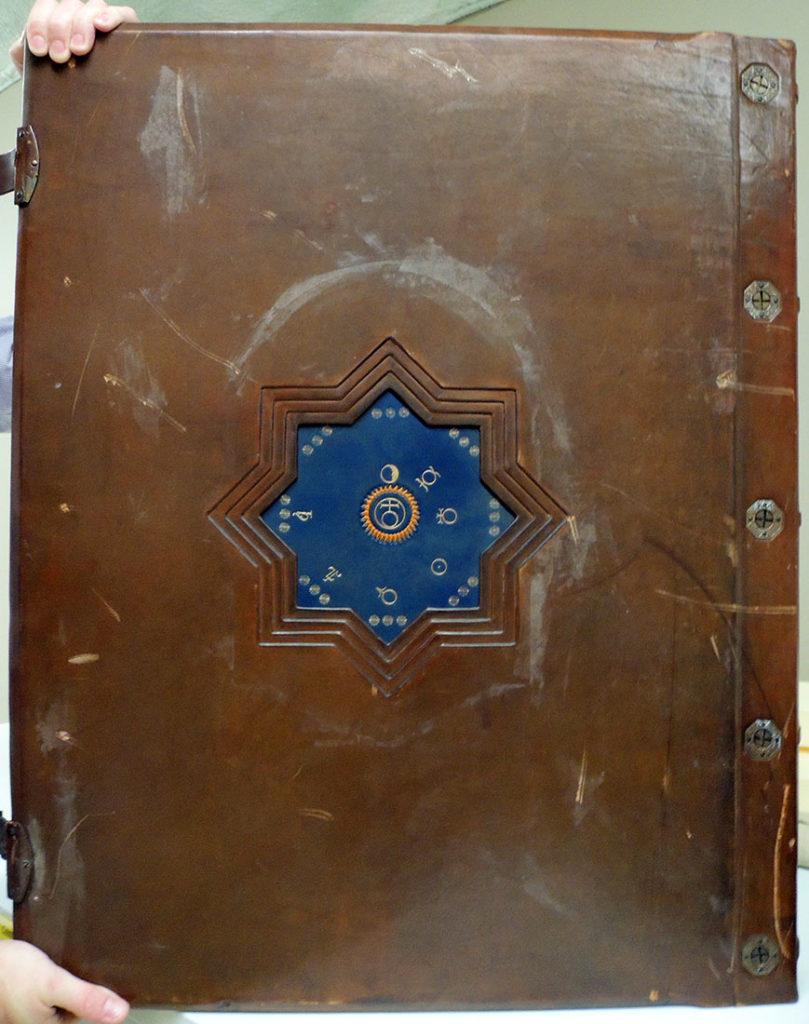 We are extra fortunate in Princeton, since both the Princeton Theological Seminary and the Institute for Advanced Study Library are listed as also having sets of Nattini’s Dante. This has not been confirmed in person. 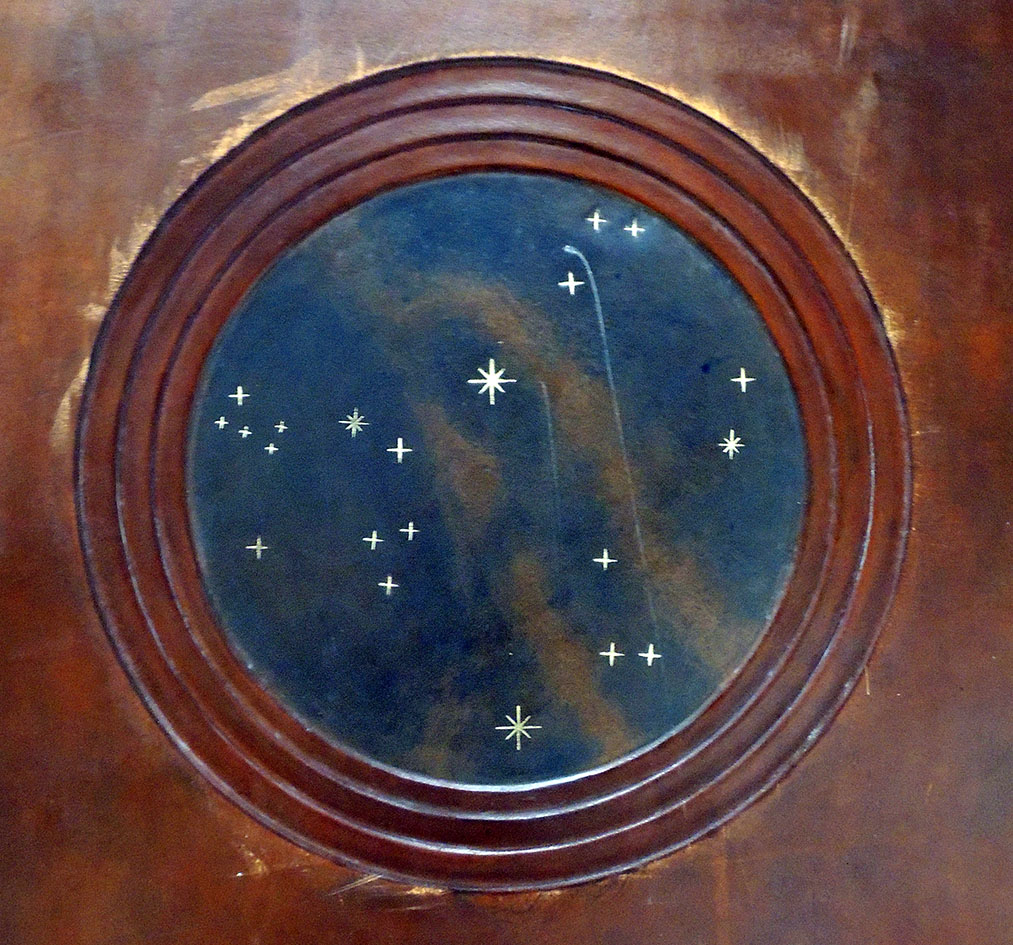 Detail of volume 1 back cover. 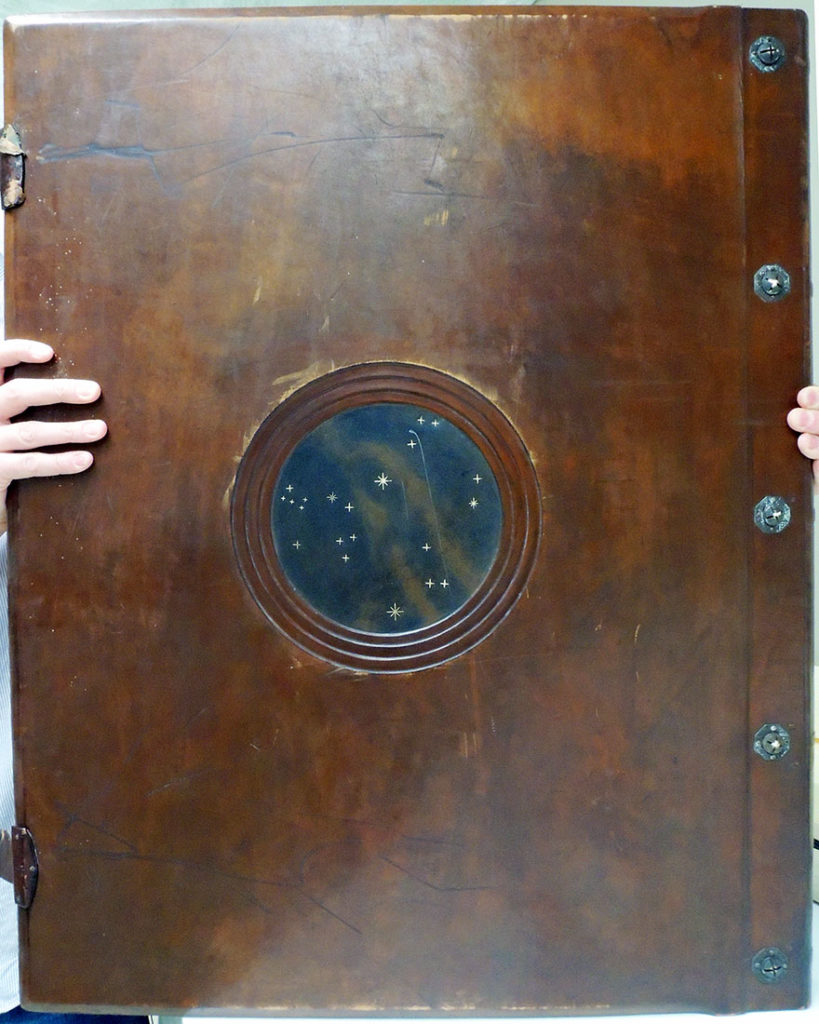 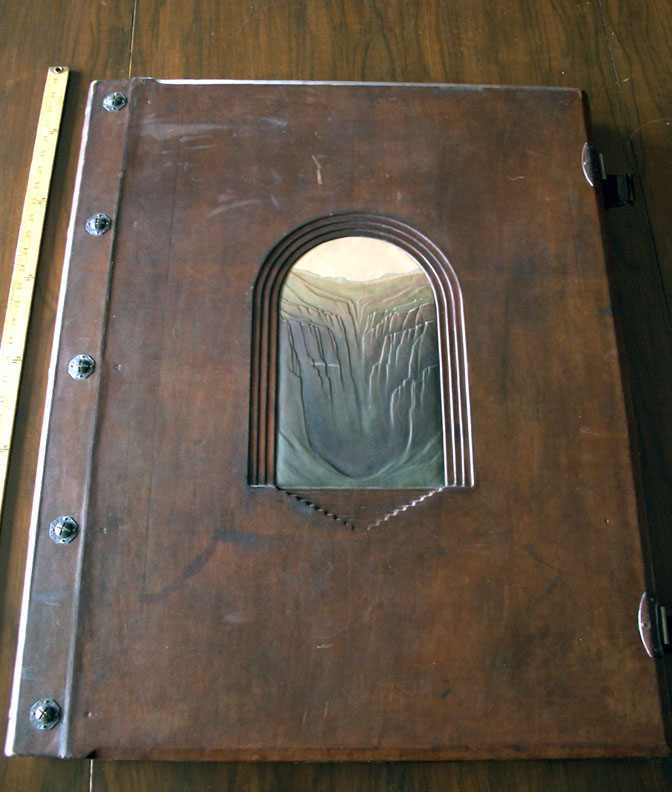 Special thanks go to Mike Siravo who helped to lift volumes.