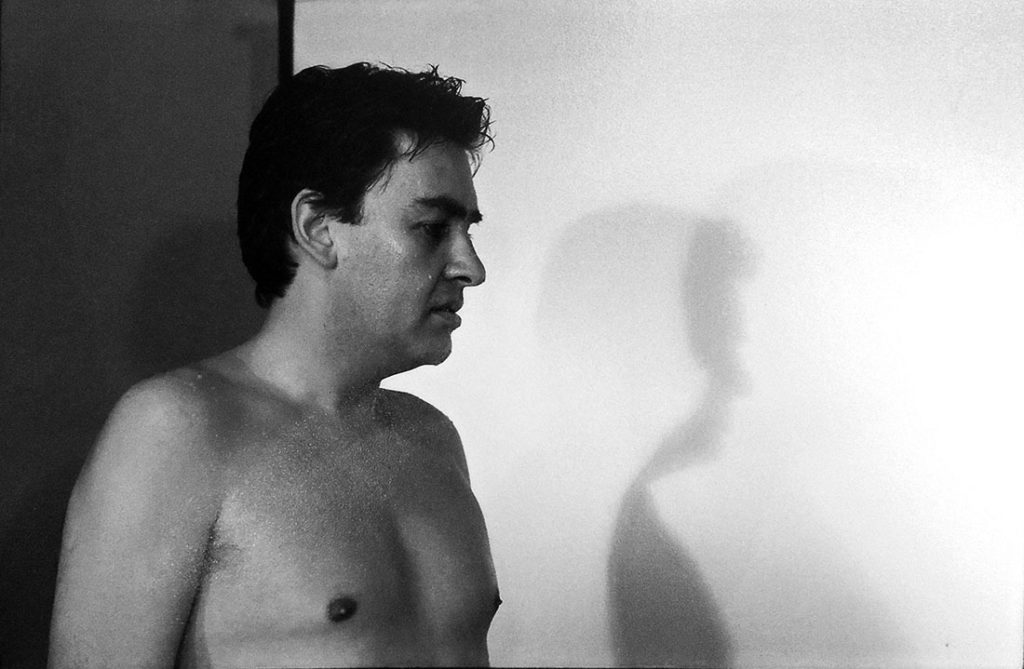 Biblia/Pietá originated from a performance art piece that took place in the Instituto Francés de Cultura (French Institute of Culture) in Santiago, Chile, during May 1982, created by Juan Domingo Dávila, Carlos Leppe, and the critic Nelly Richard. The event was recorded in photographs by Julia Toro Donoso and republished last year in a limited edition box set, recently acquired thanks to funds provided by the Program in Latin American Studies (PLAS). Special thanks go to Professor Javier Guerrero, Department of Spanish and Portuguese and Chair of the Section on Venezuelan Studies of LASA, who discovered this rare surviving box. 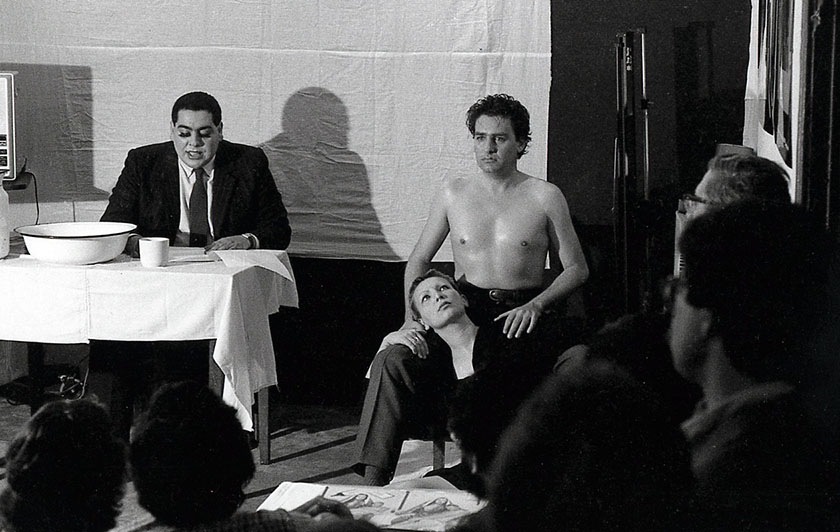 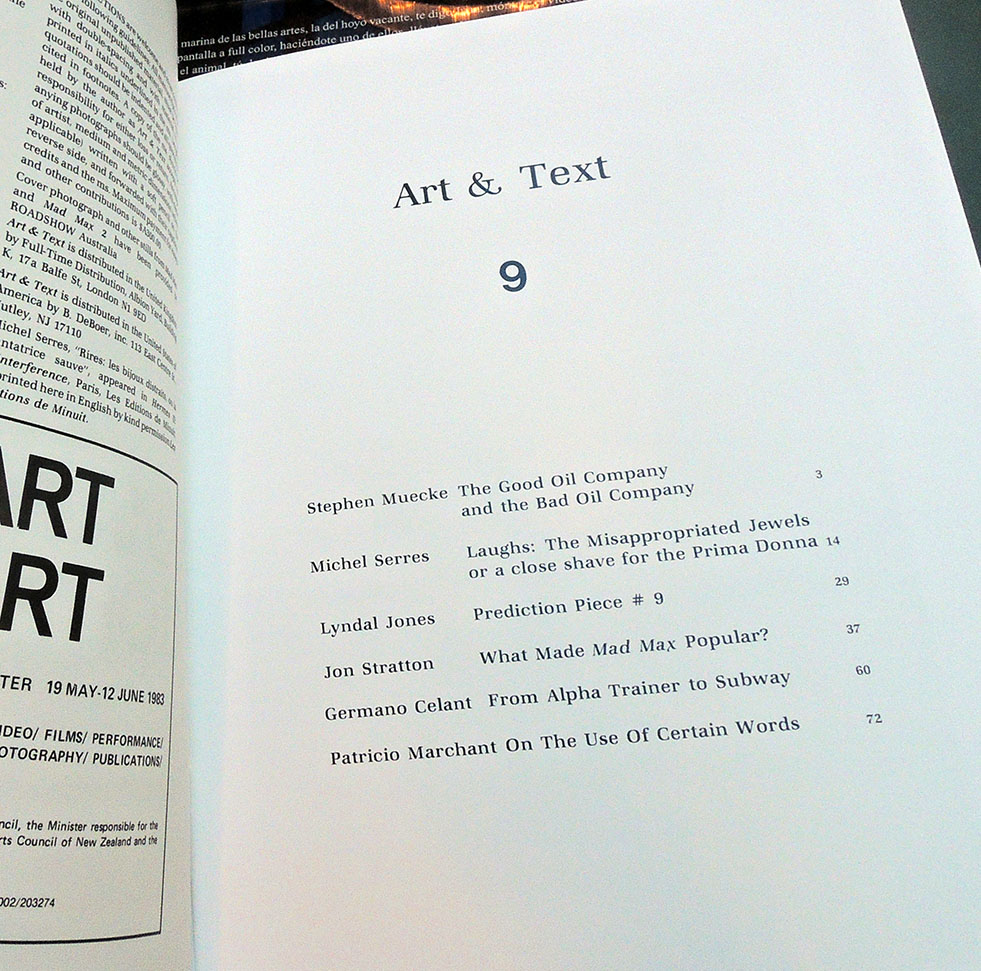 Biblia/Pietá contains the text by Carlos Leppe María Dávila on a 15 mm acrylate plate; a facsimile edition of the article in Art & Text, along with the translation by Patricio Marchant; and eleven signed photographs on rag paper.

“The performance consisted of a staging of La Pietá with inverted gender roles, where Dávila represented the Virgin and Richard died Jesus Christ; Leppe, meanwhile, enters the scene dressed in a suit and tie, but with face makeup and false eyelashes. Leppe washes his face and lights a projection of a video where the scene of La Pietá is repeated, but this time with two men. While the video is being shown, Leppe reads aloud a text about his position on Chilean art.” 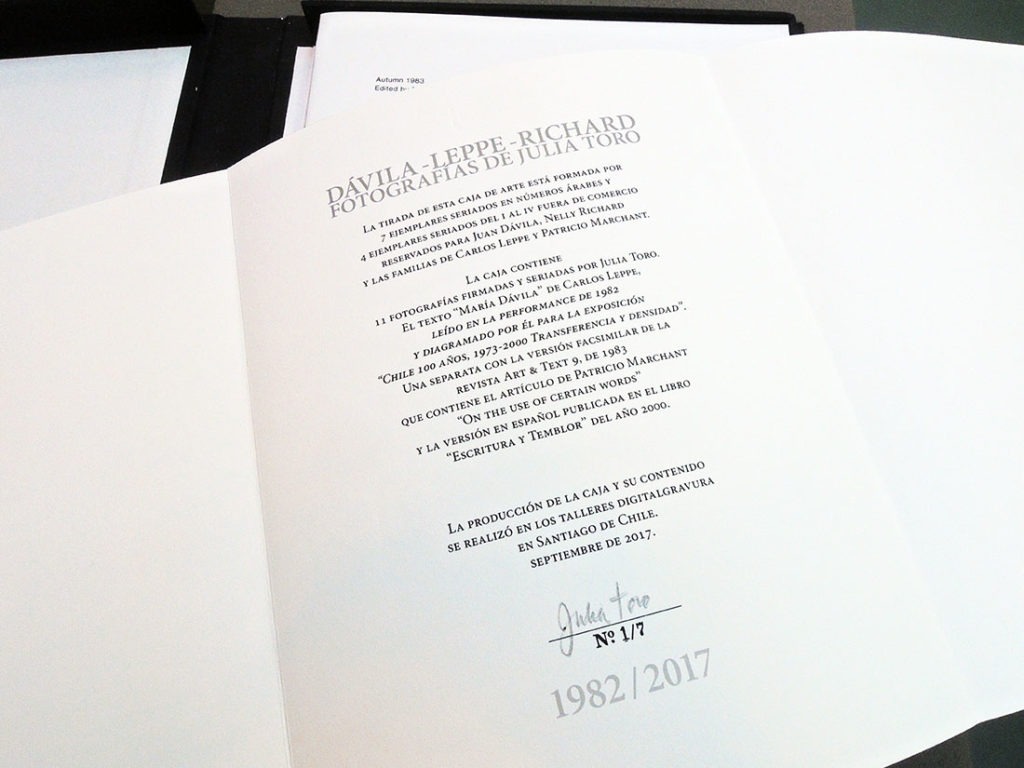 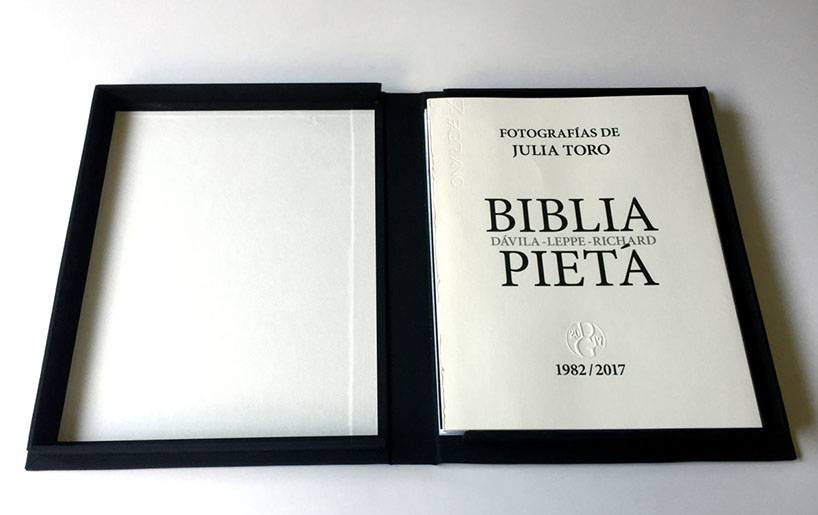