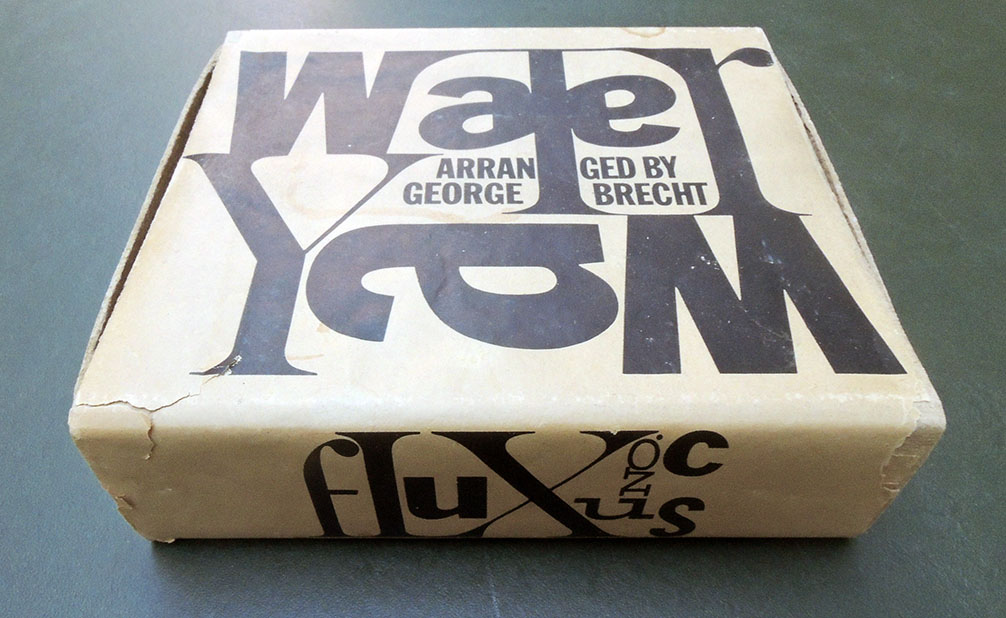 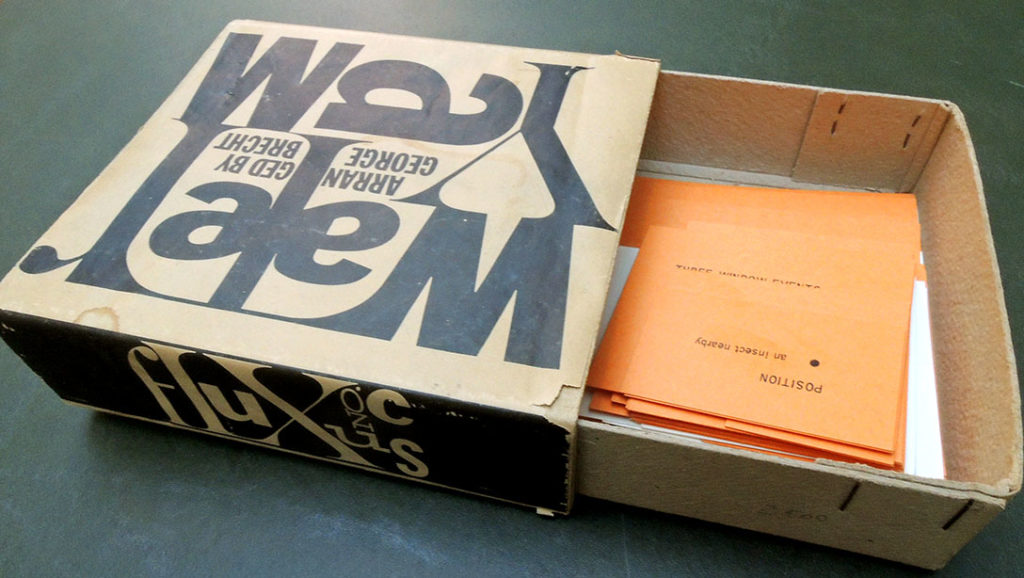 It isn’t often that our artists’ books get a performance, but that is the case with the new acquisition of George Brecht’s Water Yam (Fluxus no. C, 1963). At 4:30 on Friday, November 16, 2018, music major Tim Ruszala will present a Junior Paper recital about Fluxus, a radical avant-garde interdisciplinary art movement of the early 1960s.

He writes, “A large part of their corpus consisted of written instructions or short phrases, intended for performance / reflection, and the pieces were often framed in musical terms or had to do with questioning art production and conventions of consumption.” Tim will hold a recital in Theatre Intime of a selection of interesting pieces that he found in this process, including Brecht’s Water Yam. 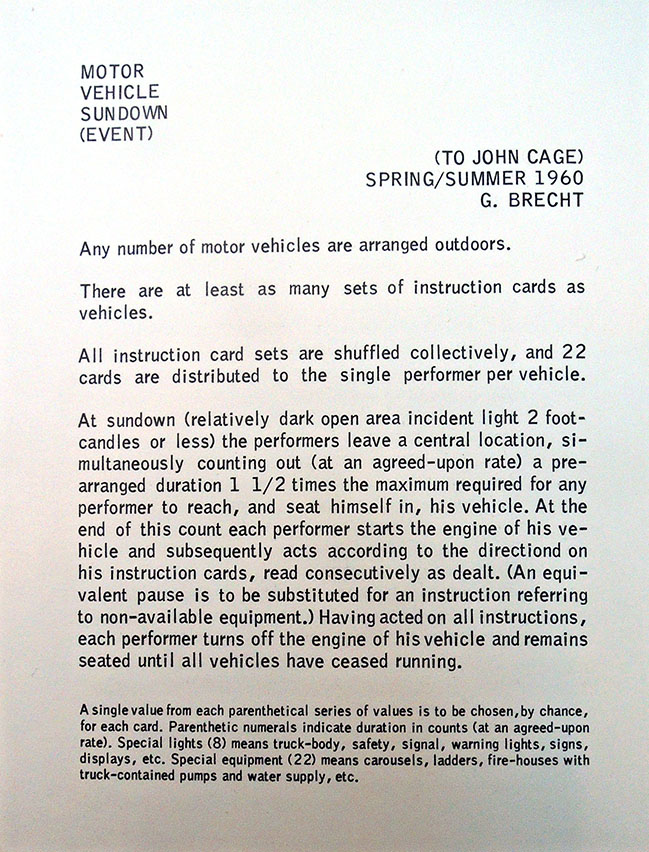 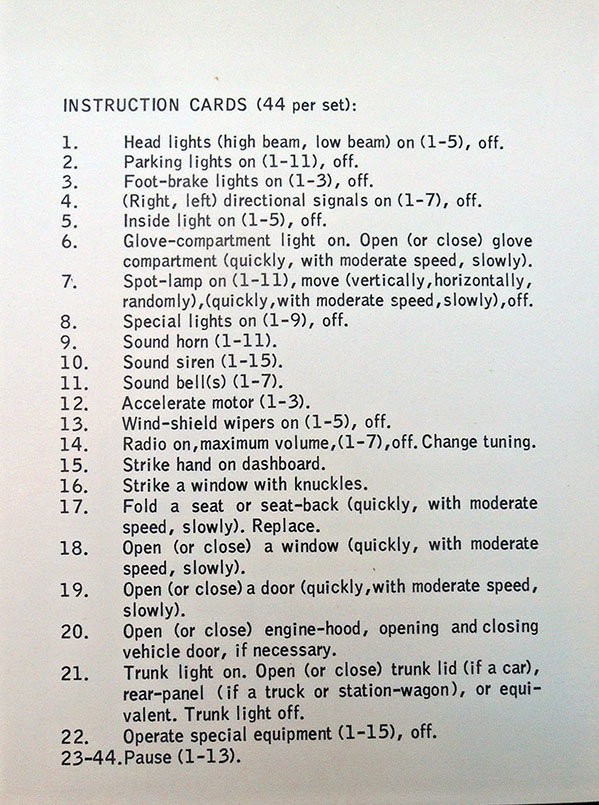 When the BBC described Water Yam, they noted:

In a series of classes given at the New School for Social Research between 1956 and 1960, John Cage influenced a generation of artists who would develop the performance script into an art form, and lay the ground for Happenings and Fluxus. Having earlier embraced chance compositional procedures as a means of effacing his own likes and dislikes (and, as he put it, ” imitating nature in her manner of operation”), Cage encouraged students who already were using chance in their work – such as George Brecht and Jackson Mac Low – and prompted others – such as Allan Karpow, Dick Higgins and Al Hanson – to do so. And his classroom assignments led to instructions for events and performances that yielded some of the most important intermedia activity of the late 1950s and early 1960s.

Out of the Cage class came the kind of event cards for which Fluxus would become well-known, an evocative form whose power is best appreciated in the 1959-66 works of George Brecht published by the movement’s impresario George Maciunas in a box called Water Yam. While most Fluxus event cards are performance scripts, Water Yam also includes instructions for the creation of objects or tableaux–obscure directions whose realization left almost everything to the realizer. In such works as Six Exhibits (“ceiling, first wall, second wall, third wall, fourth wall, floor”) and Egg (“at least one egg”), Brecht applied to objects and physical situations the freedom of execution and openness to serendipity that is the hallmark of a Fluxus performance. 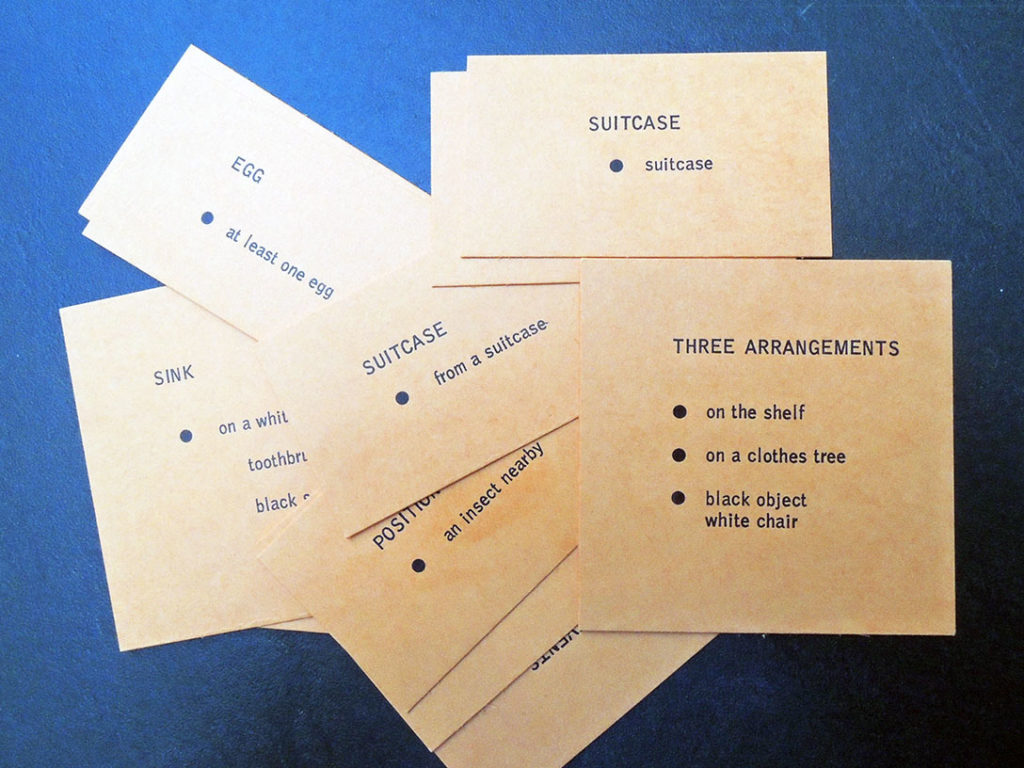 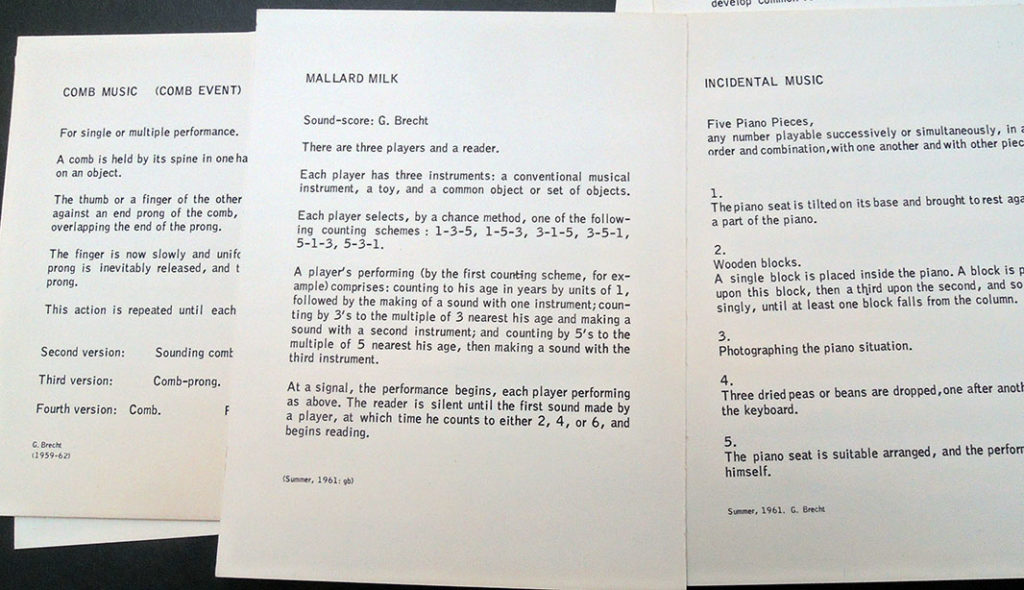