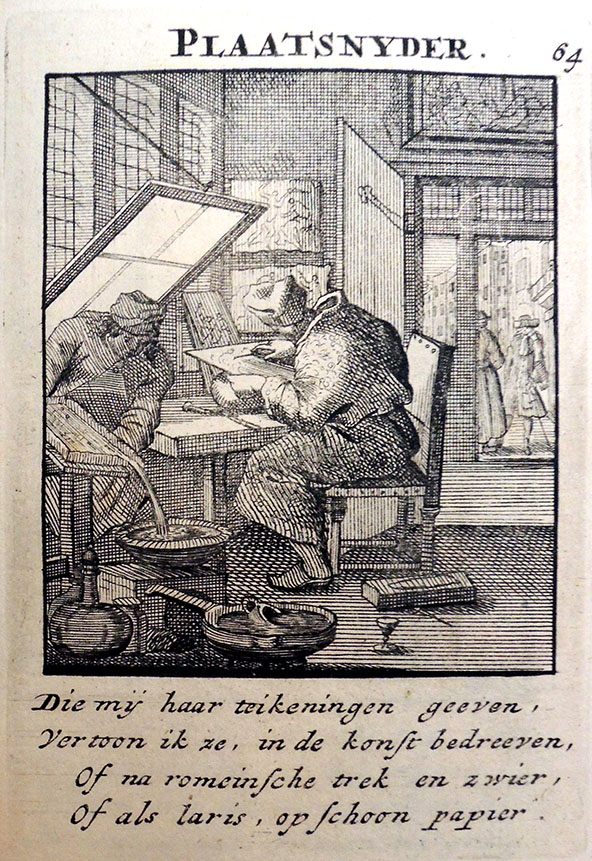 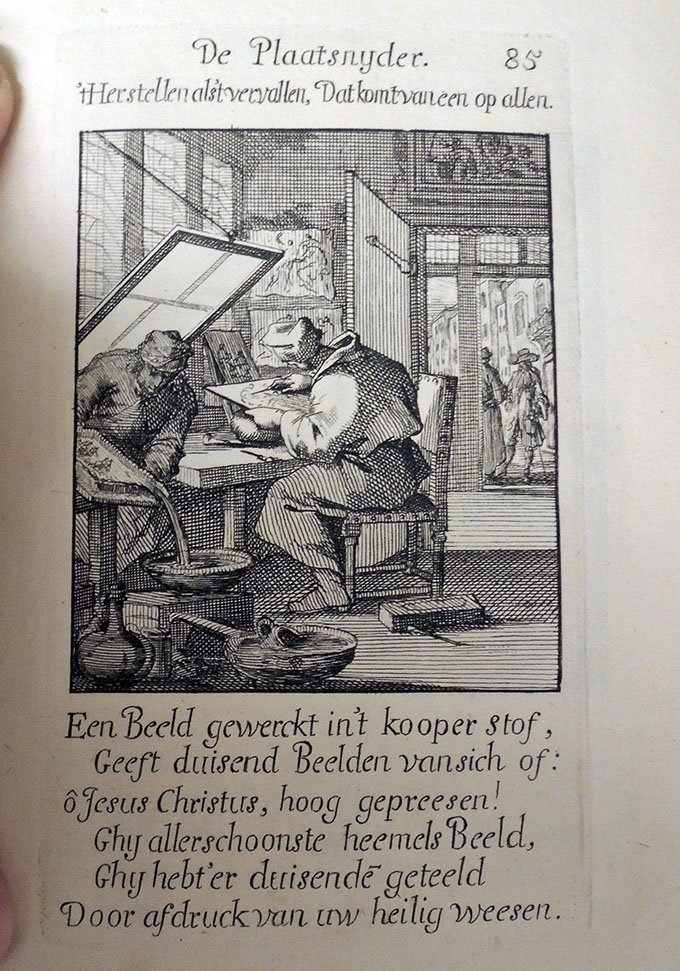 In 1568, Jost Amman carved woodcuts depicting various occupations, printed together with several lines of verse by Hans Sachs. In 1694 the Amsterdam artist Jan Luyken (or Luiken) and his son Casper published a collection of 100 engravings depicting arts and craft professions, also with a six-line poem below.

Each of these books were enormously successful and many variant copies followed. Recently the Graphic Arts Collection acquired an Amsterdam edition by Reinier and Josua Ottens, published around 1725. This set of engravings includes occupations copied directly from the Luykens’ volume but with completely new verses below.

The prints are also shifted into a new order, offering little narratives. One such example, shown below, is a Doctor seen with a massive botanical open before him and an unhappy patient opening a flask. The verse translates loosely: “The sick people who appear before me are taken in by medics, unless their coincidence was too great, I know no drinks for death.” This is immediately followed by the grave digger seen with a collection of skulls. 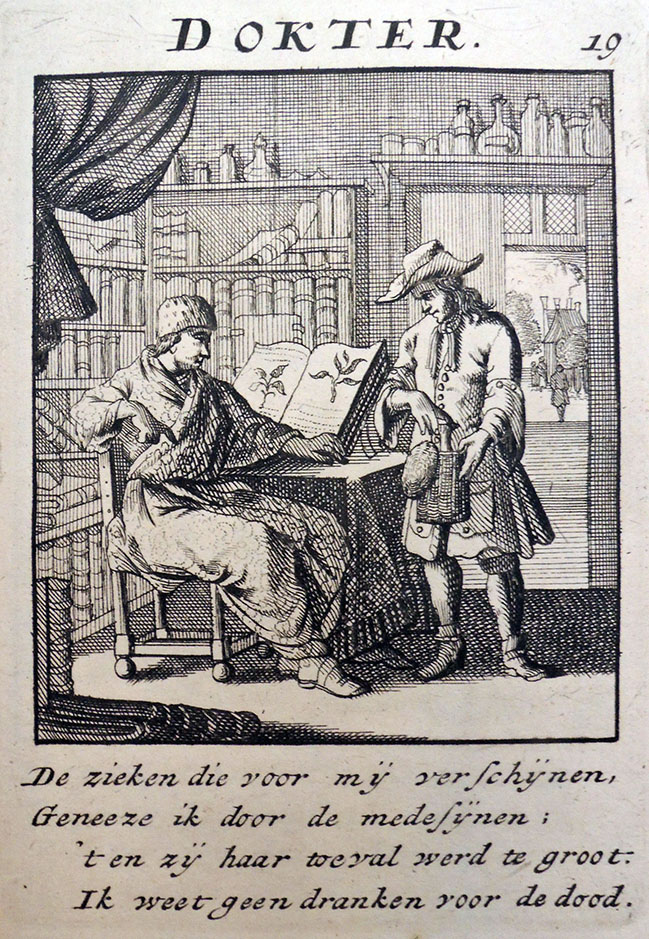 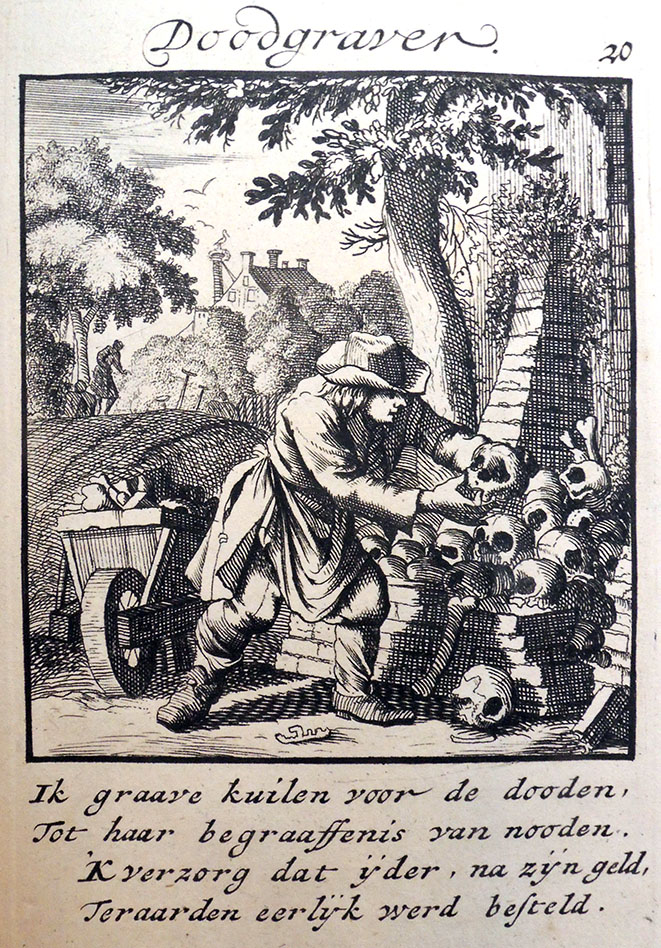 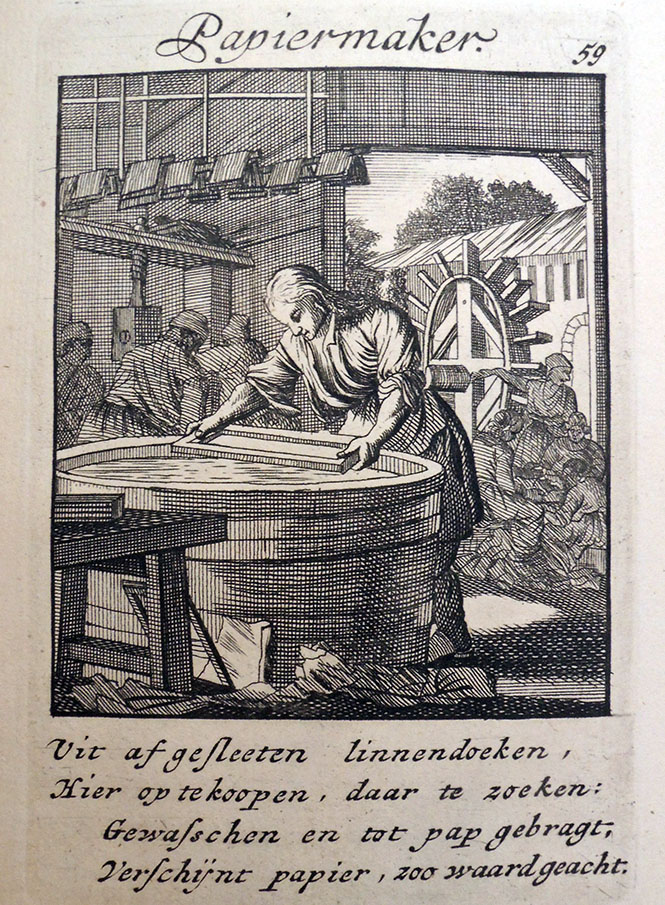 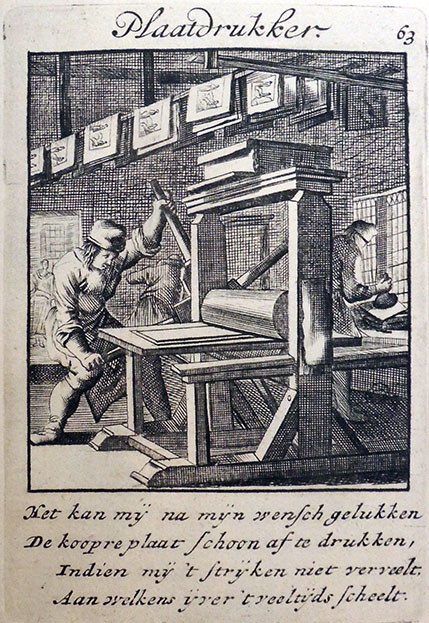 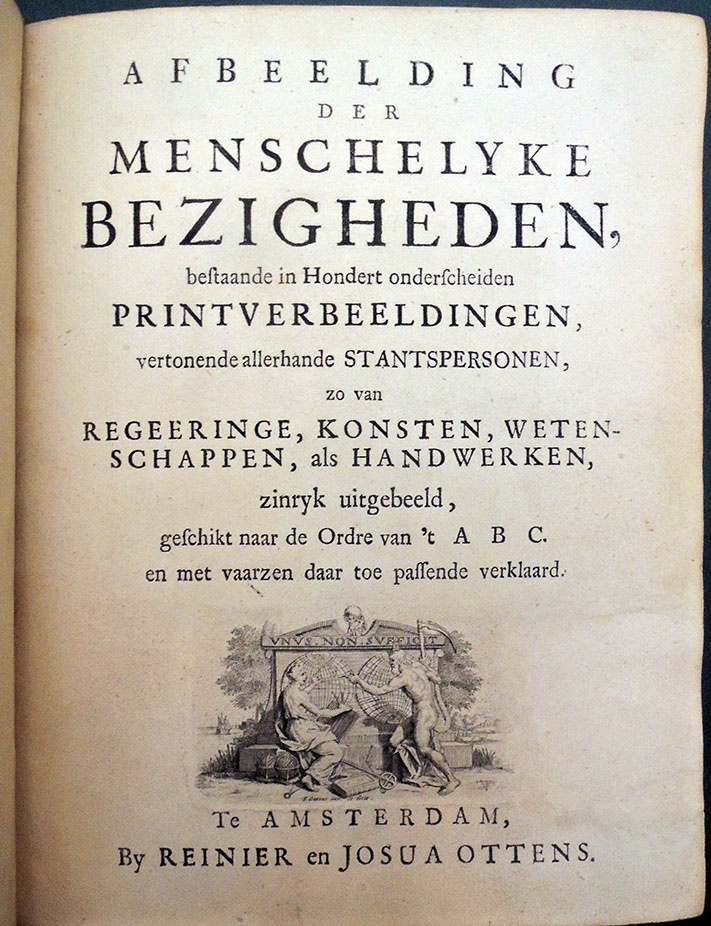 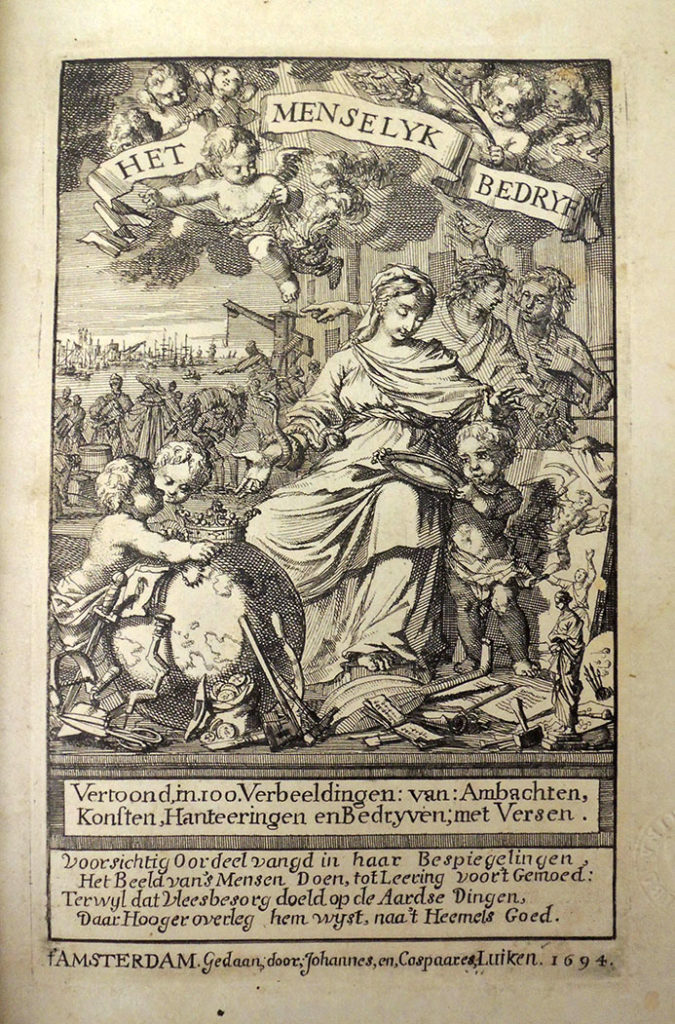 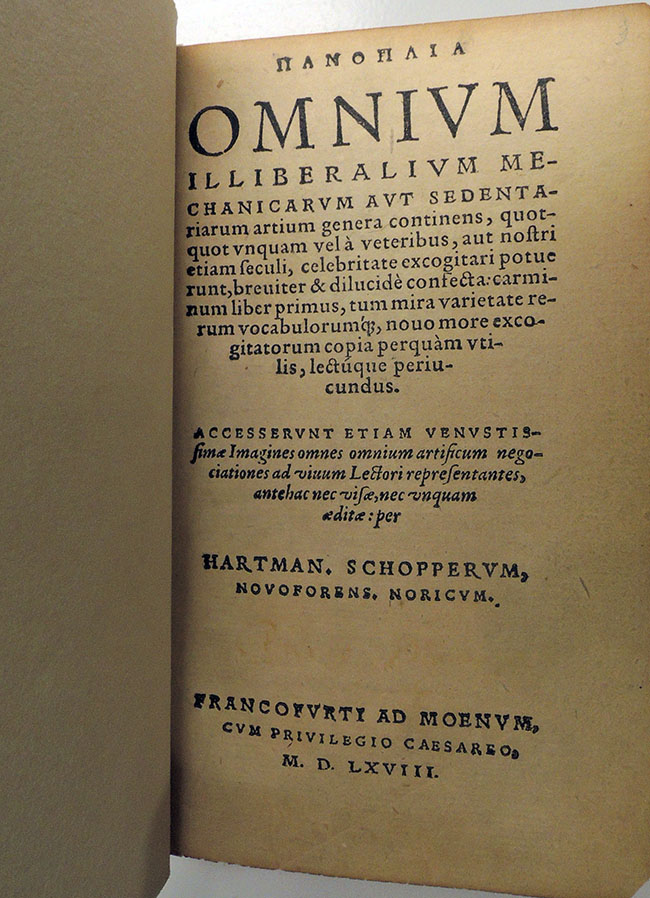 Note, Jost depicts a woodcutter rather than an engraver, cutting wood rather than copper. 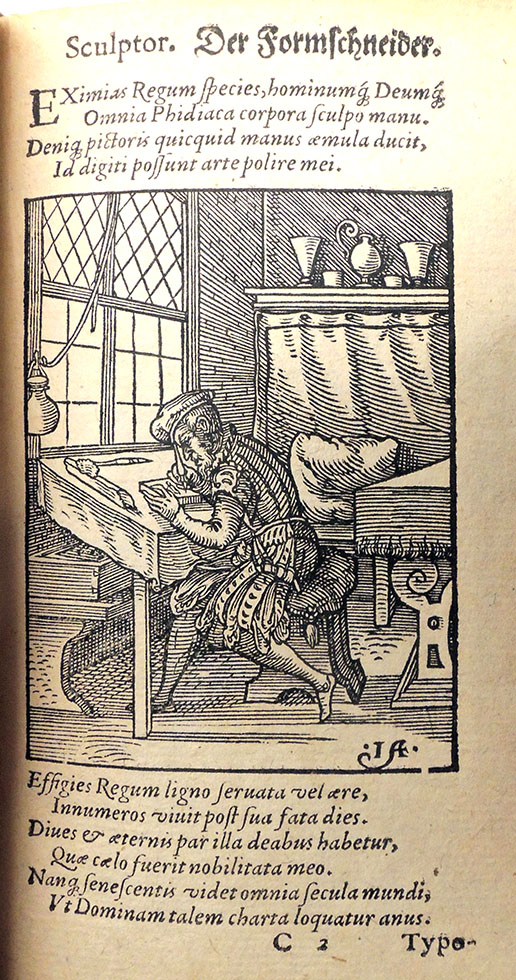 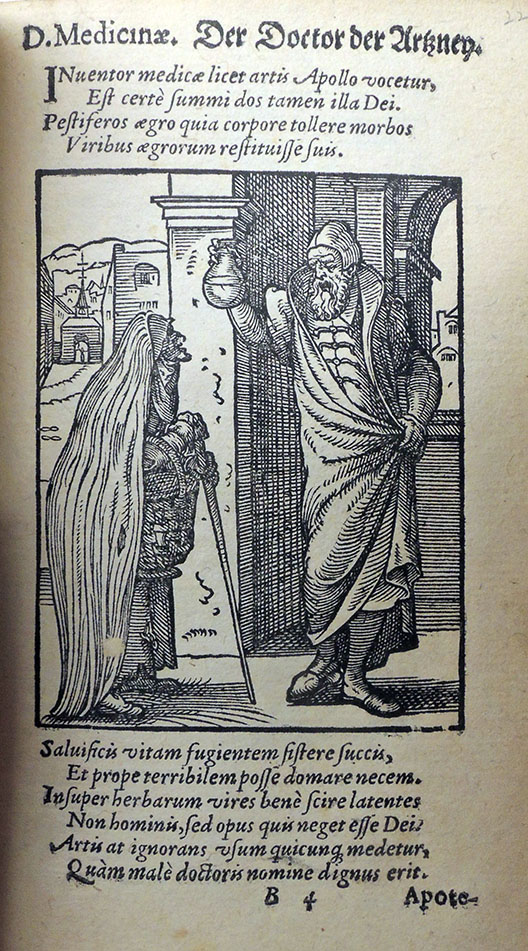