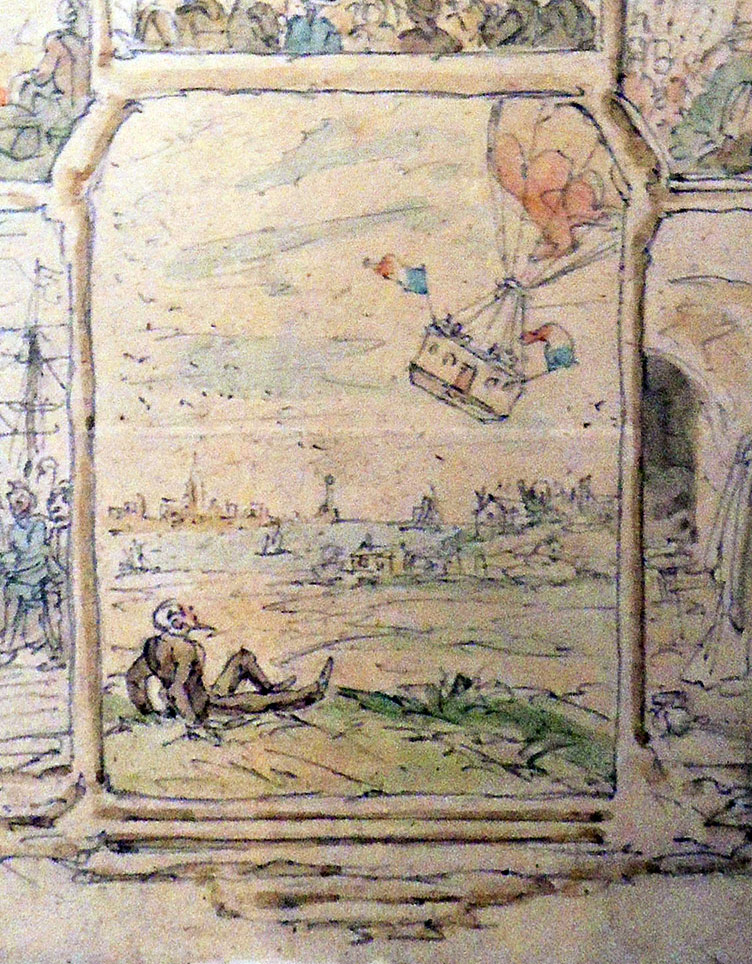 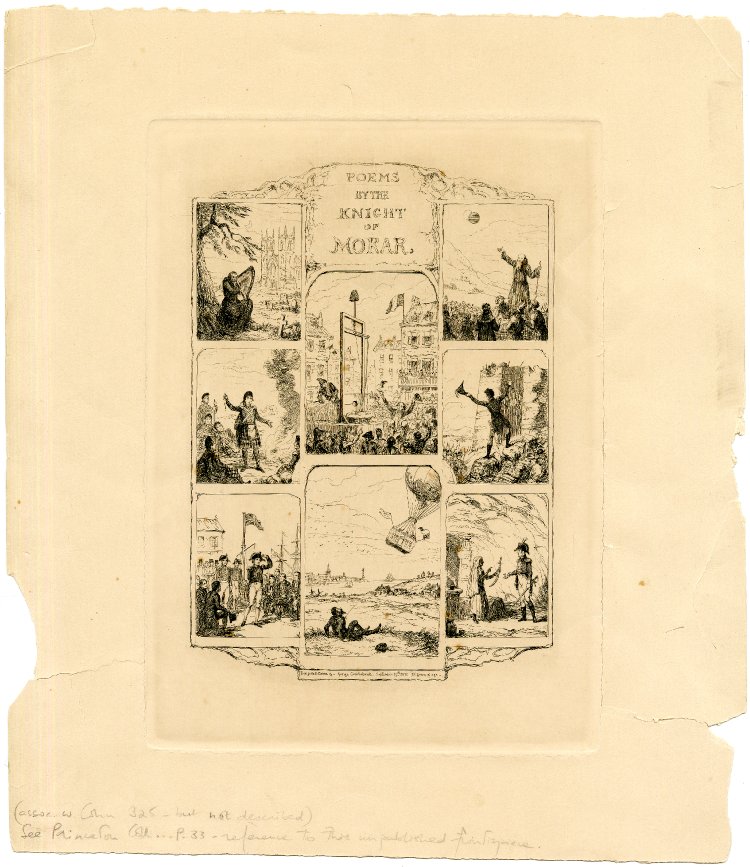 The British Museum holds an etching [left] by George Cruikshank (1792-1878) designed as a frontispiece to Sir William Augustus Fraser’s Poems by the Knight of Morar, with the inscription “Designed & Etched by- George Cruikshank- September 27th 1870- 78 years of age.” At the bottom someone has written “See Princeton…”.

Princeton University’s Graphic Arts Collection holds a watercolor sketch [below] for this print but no book, since the proposed volume with this 1870 frontispiece was never published. 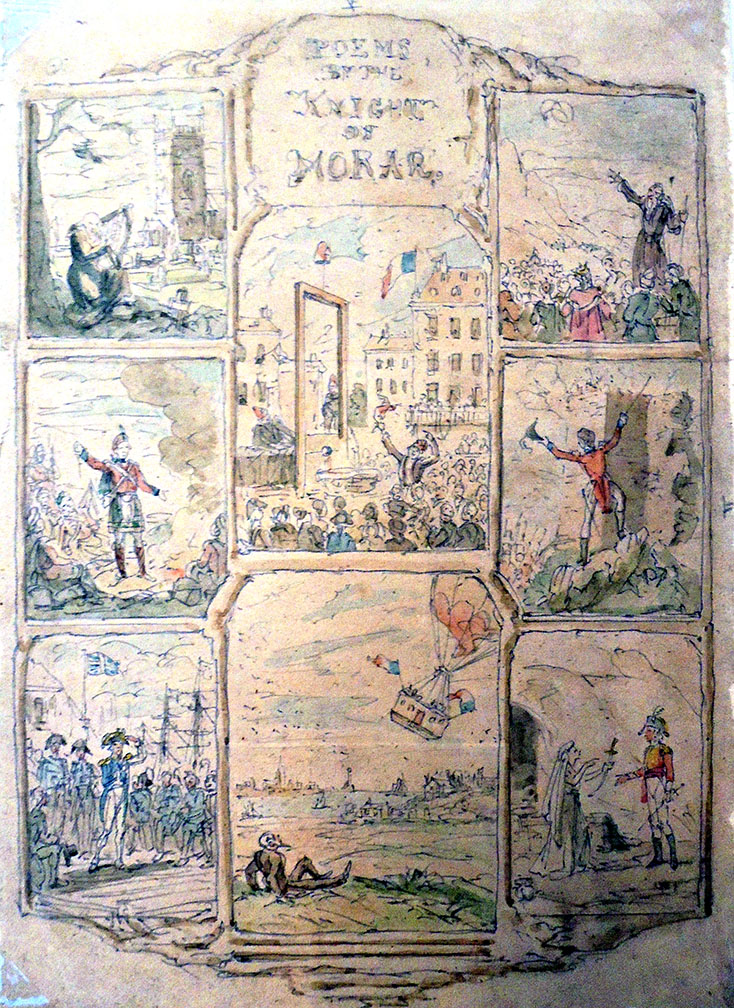 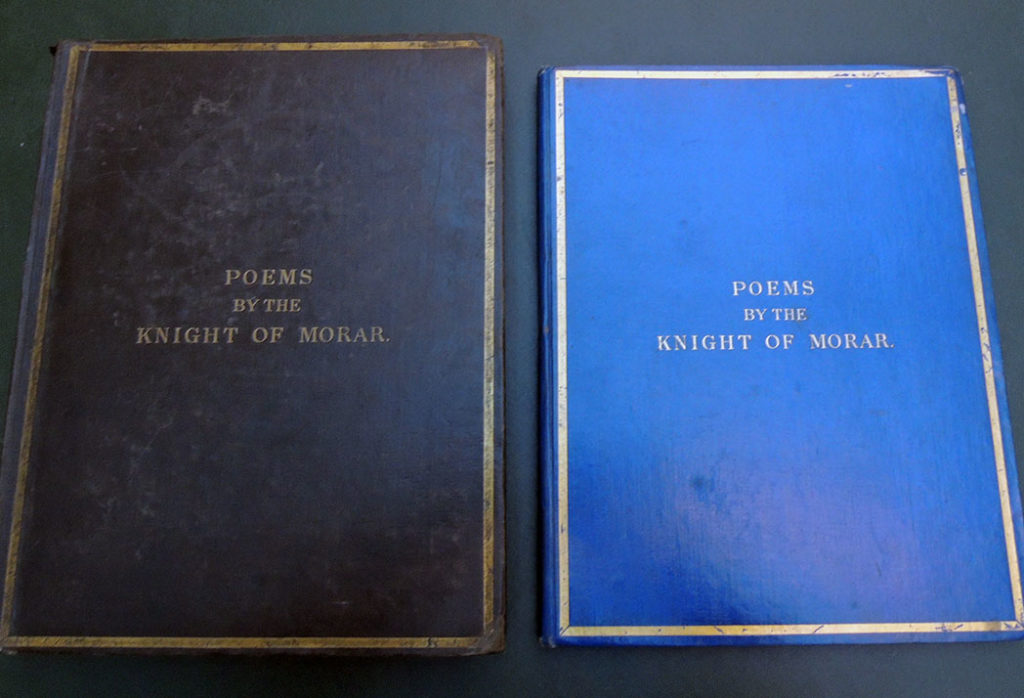 Thanks to the gift of Richard Waln Meirs (Class of 1888), the Graphic Arts Collection does have two editions of Fraser’s book from 1867 with other Cruikshank’s designs, both particularly rare unpublished copies: Sir William Fraser (1826-1898), Poems by the Knight of Morar (London: Printed by Whittingham and Wilkins, 1867). Copy 1 has three steel engravings by Gustave Doré (1832-1883) and one etching by G. Cruikshank.  Copy 2 uses that Cruikshank print as a frontispiece, described here: 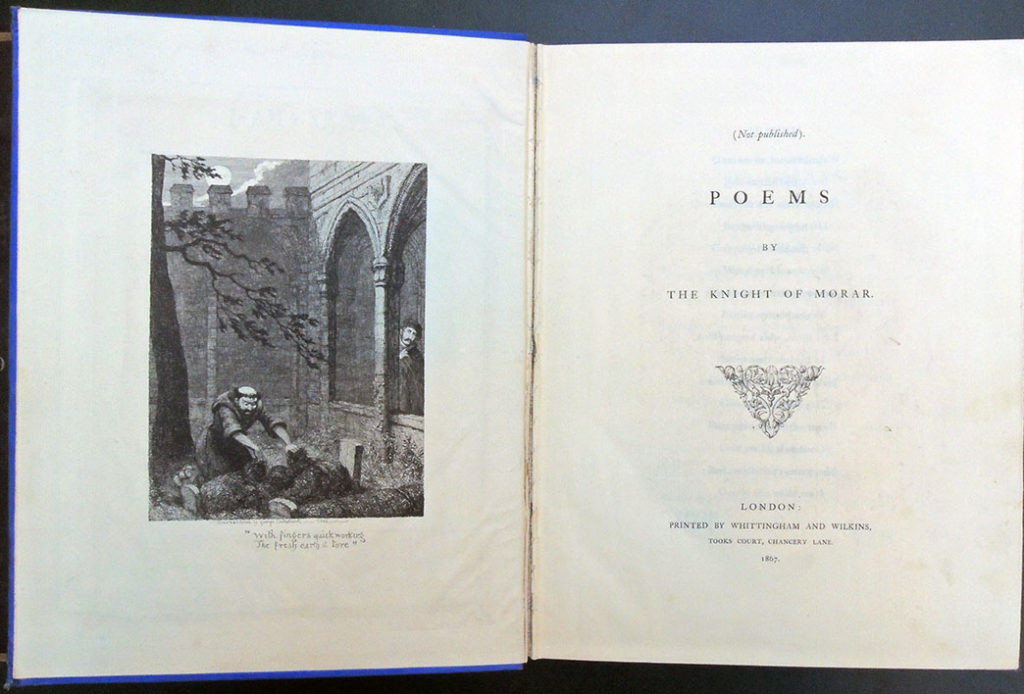 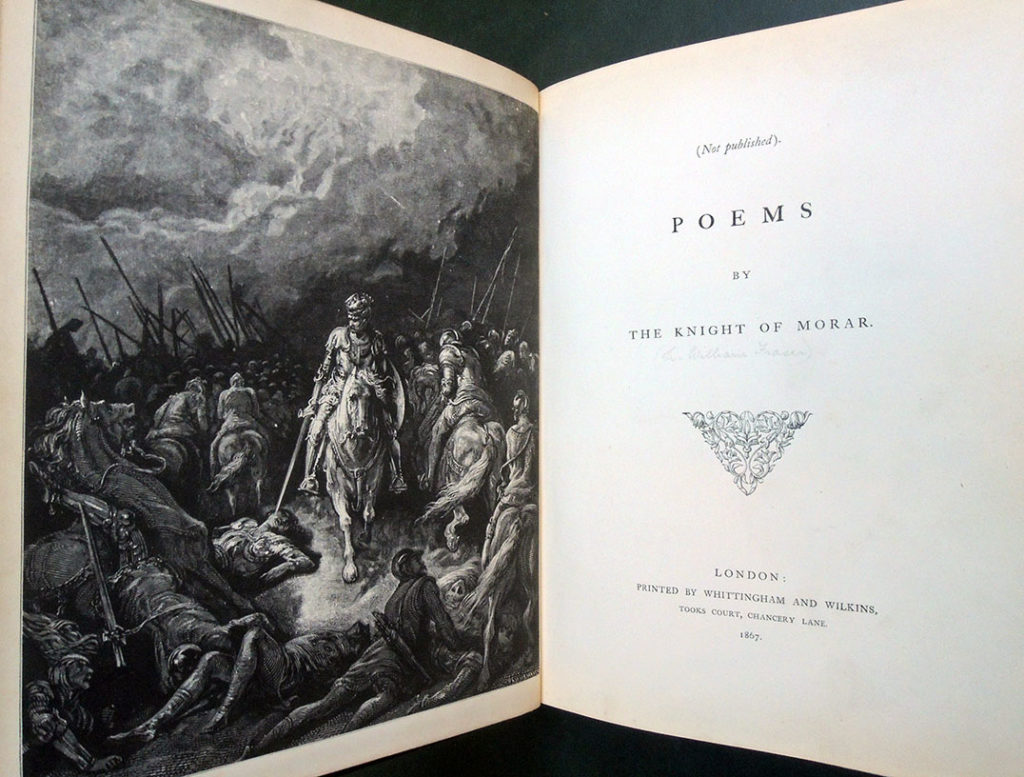 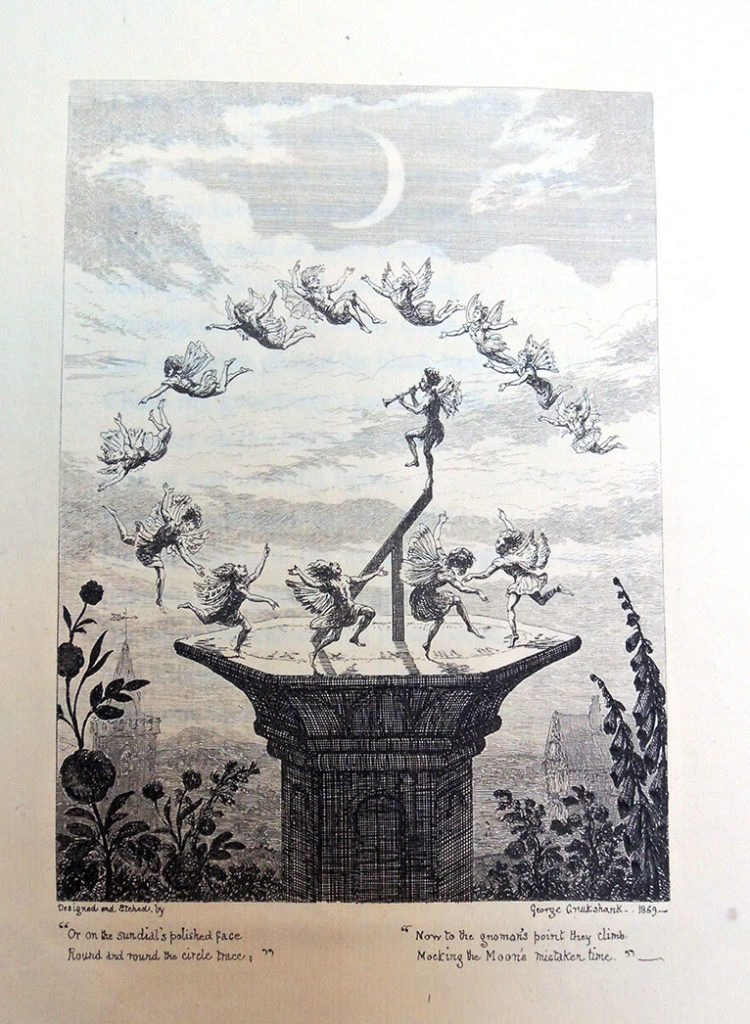 Verse:
“Or on the sundial’s polished face
Round and round the circle trace,
Now to the gnoman’s point they climb
Mocking the Moon’s mistaken time” 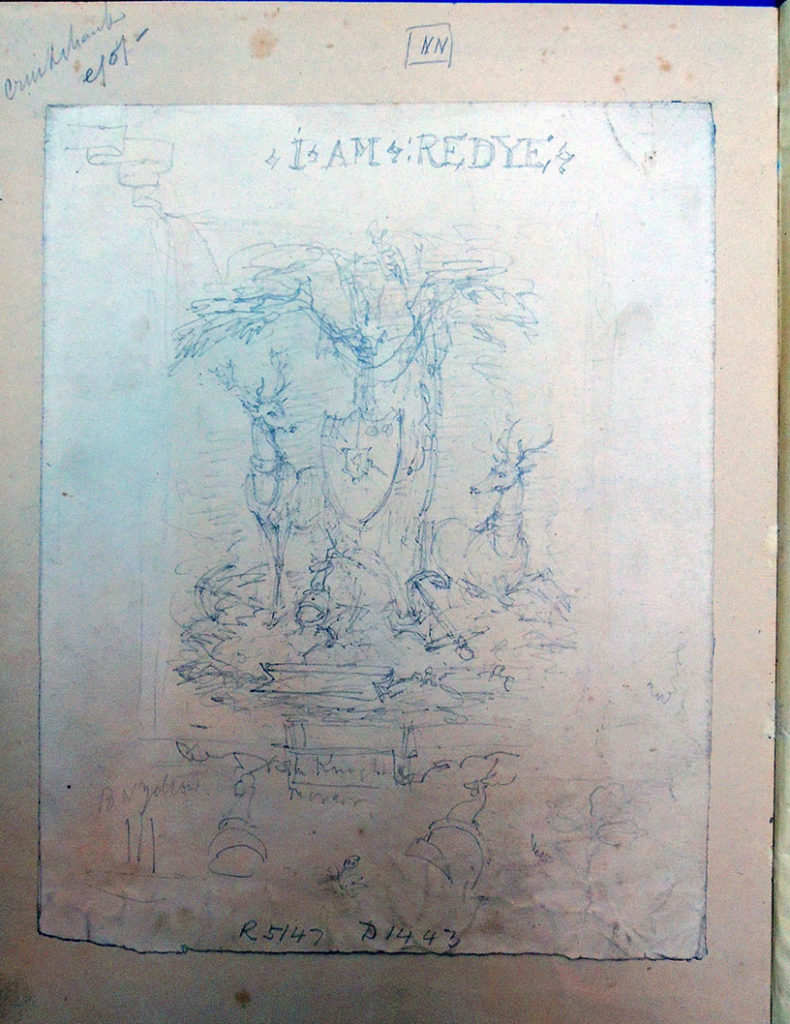