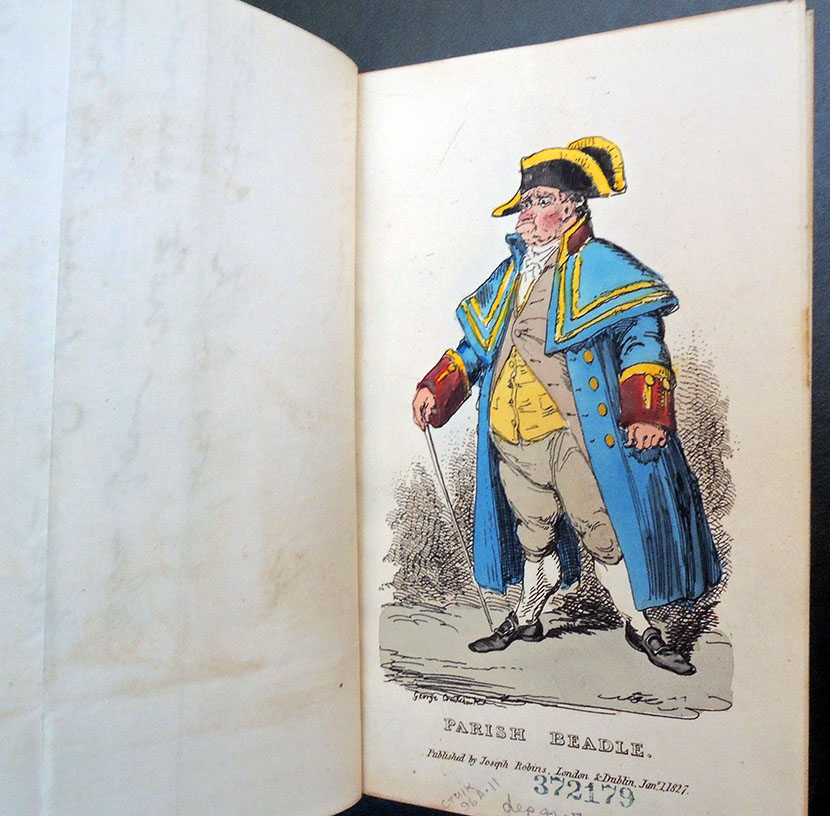 This small volume of Cries of London by Robert and George Cruikshank has no title page. In its place is pasted a letter from George to J. Hawkins: 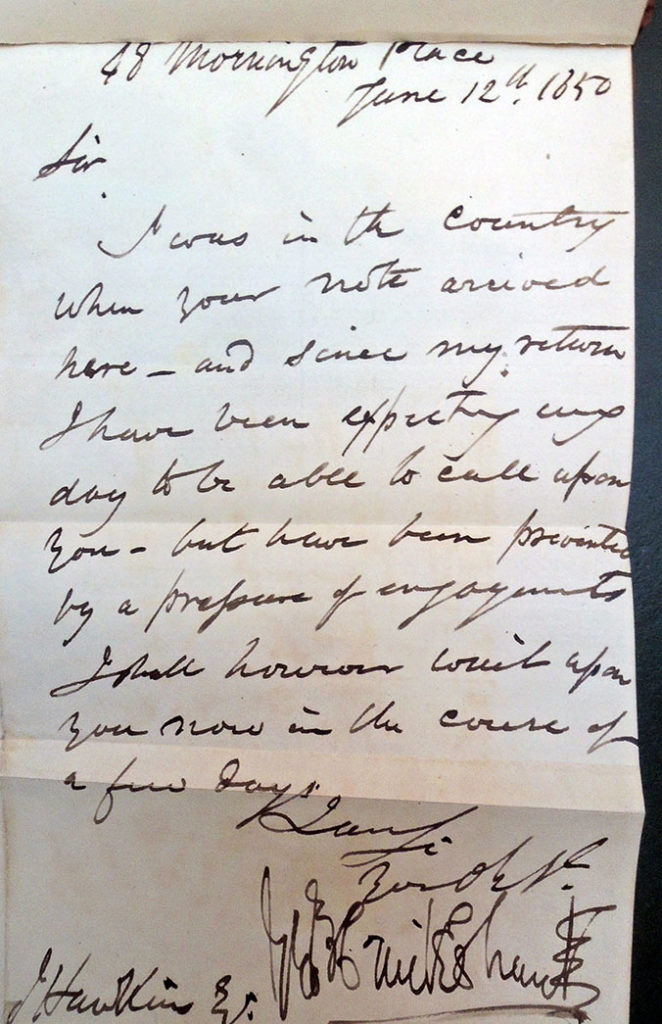 [George Cruikshank] 48 Mornington Place. June 12th, 1850
Sir. I was in the country when your note arrived here – and since my return I have been expecting any day to be able to call upon you – but have been prevented by a [?pressure] of enjoyments. Shall however visit upon you now in the course of a few days,

Might this be a note to the print collector mentioned in the British Museum database: 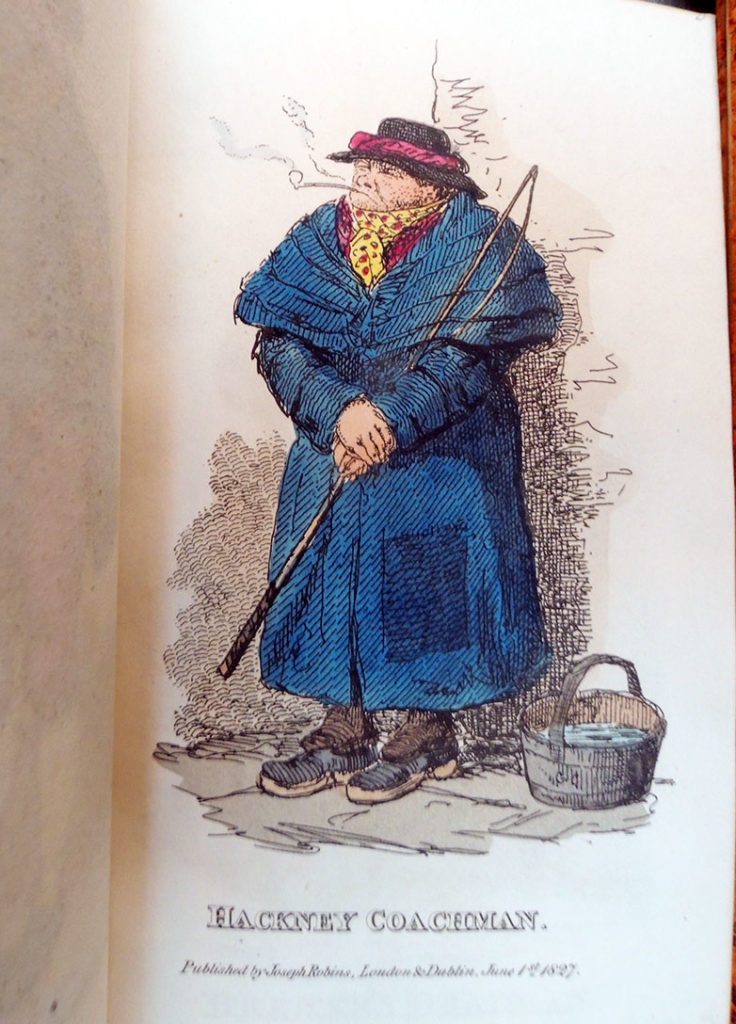 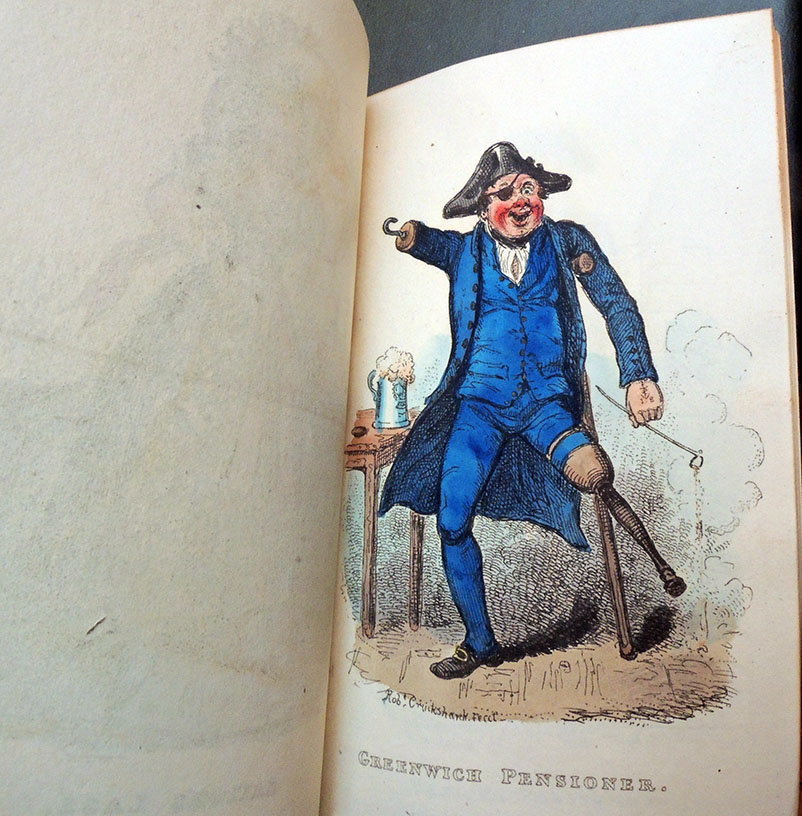 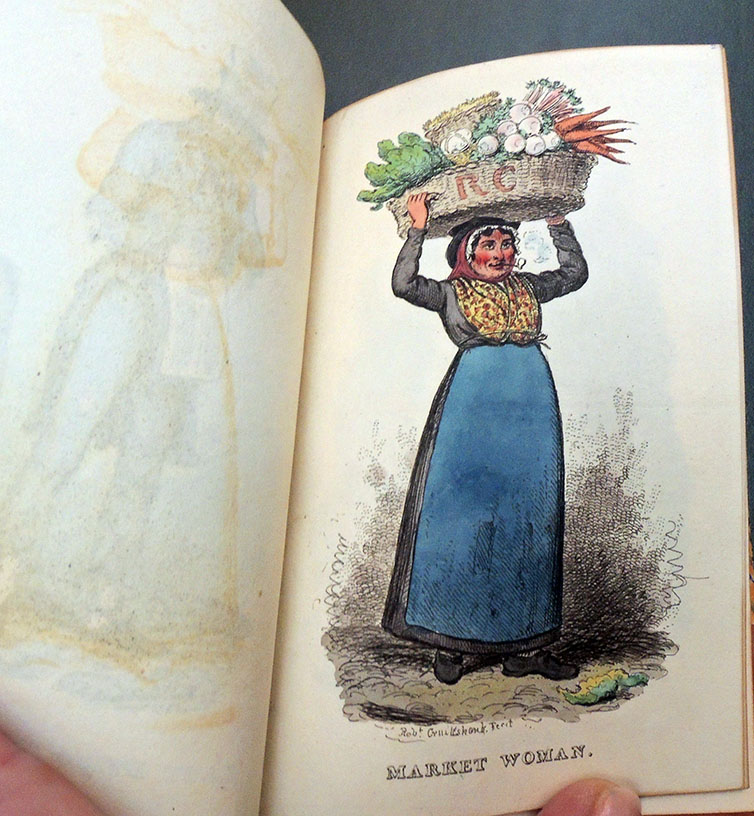