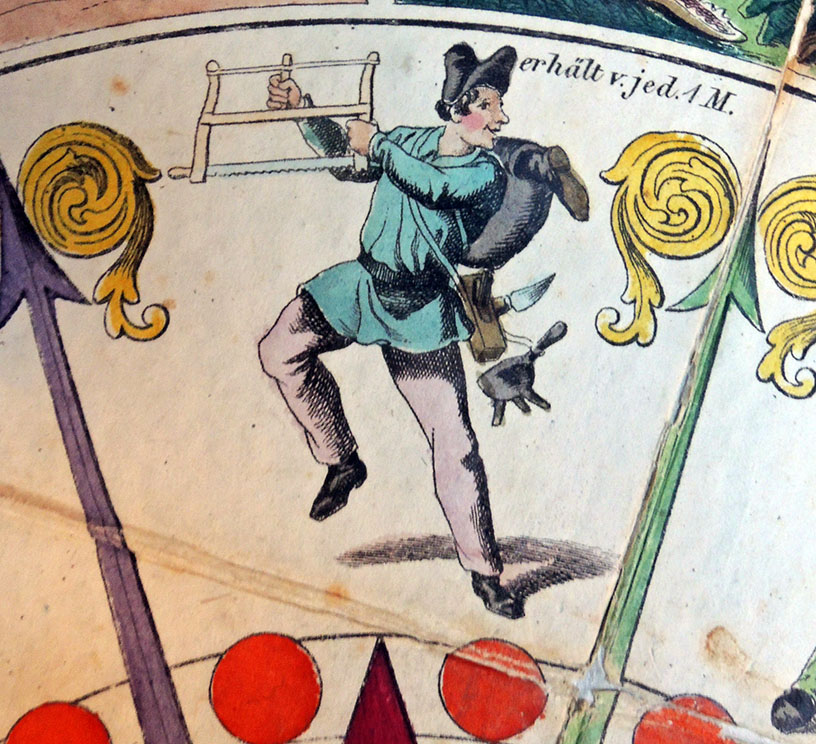 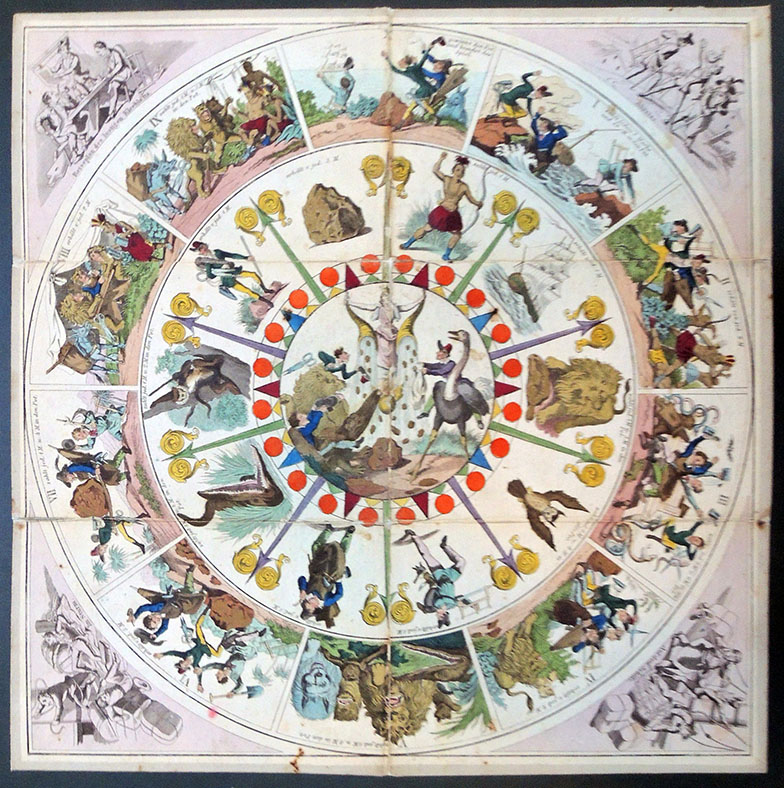 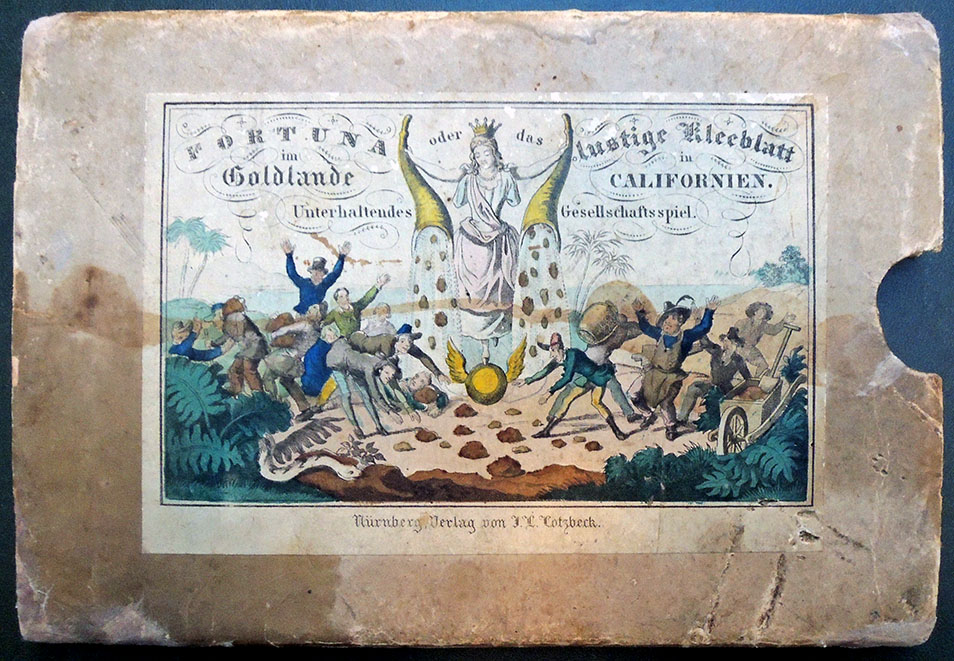 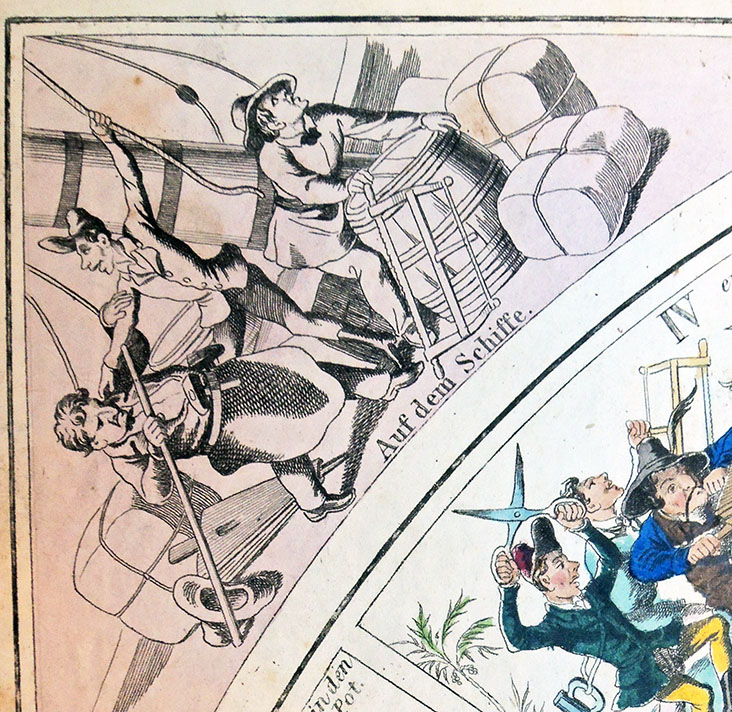 On the morning of January 24, 1848, James Wilson Marshall discovered gold on John Sutter’s property in California and the American Gold Rush began. Within a year, the ’49ers flooded the area in search of their fortune, traveling from across the United States and as far as Europe. Few men and women were successful, but a game was produced around 1855 to allow the German public to join with these optimistic prospectors.

Fortuna im Goldlande oder das Lustige Kleeblatt in Californien = Fortune in the Gold Land or the funny shamrock in California was first published by the Nuremberg publisher Johann Ludwig Lotzbeck (1816-1886) and very successful, given advertisements in local newspapers. The game takes you along with four German friends, who are traveling to California in search of gold. Along the way, they (you) encounter Native Americans and various wild animals (lions, crocodiles, bears, etc.), eventually digging for gold with unusual tools. If you make it to the center point, riding an ostrich or a lion, the goddess of fortune will pour your gold out of two cornucopias. 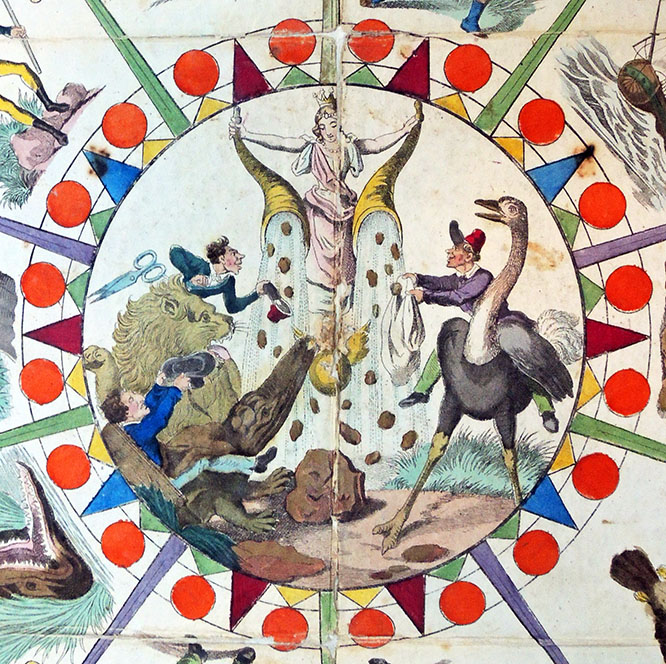 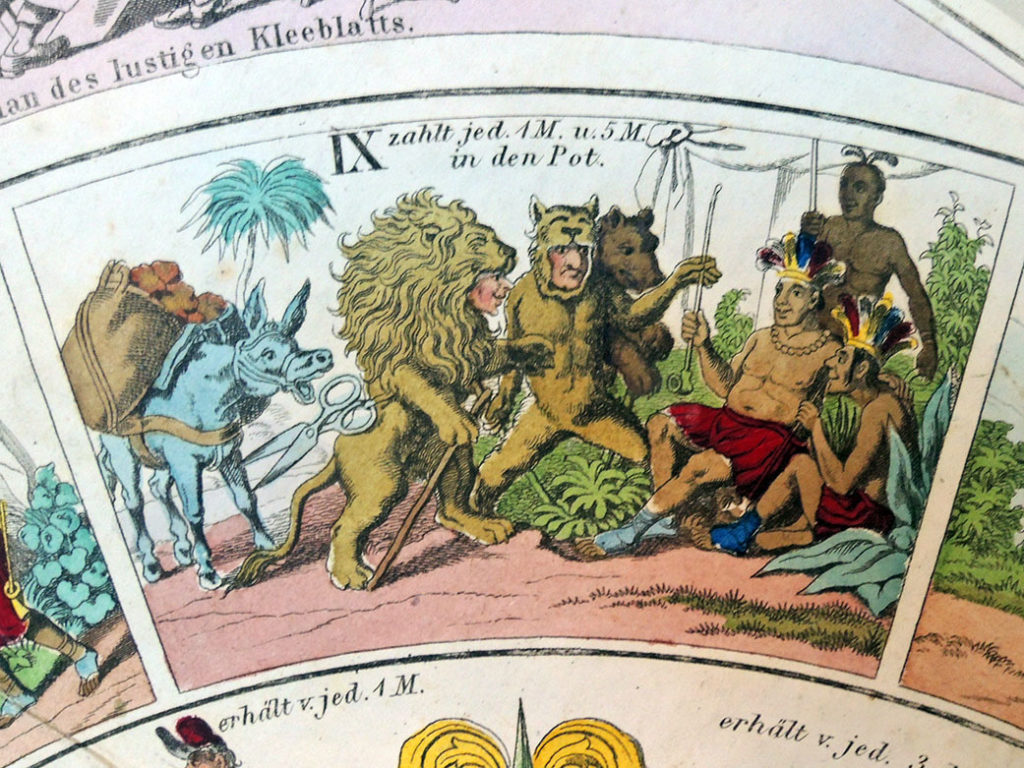