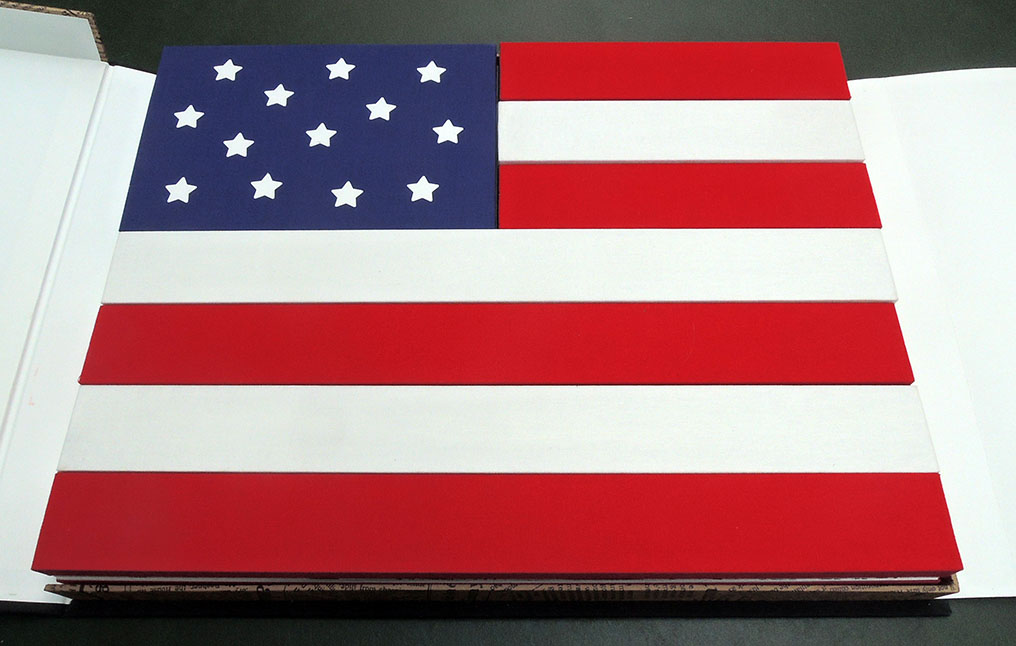 A representation of the flag of the United States divided into 8 rectangular sections, each holding accordion folded reproductions of articles from periodicals on one side, the other containing images of fanciful 19th-century mechanical instruments surrounded by political quotations. 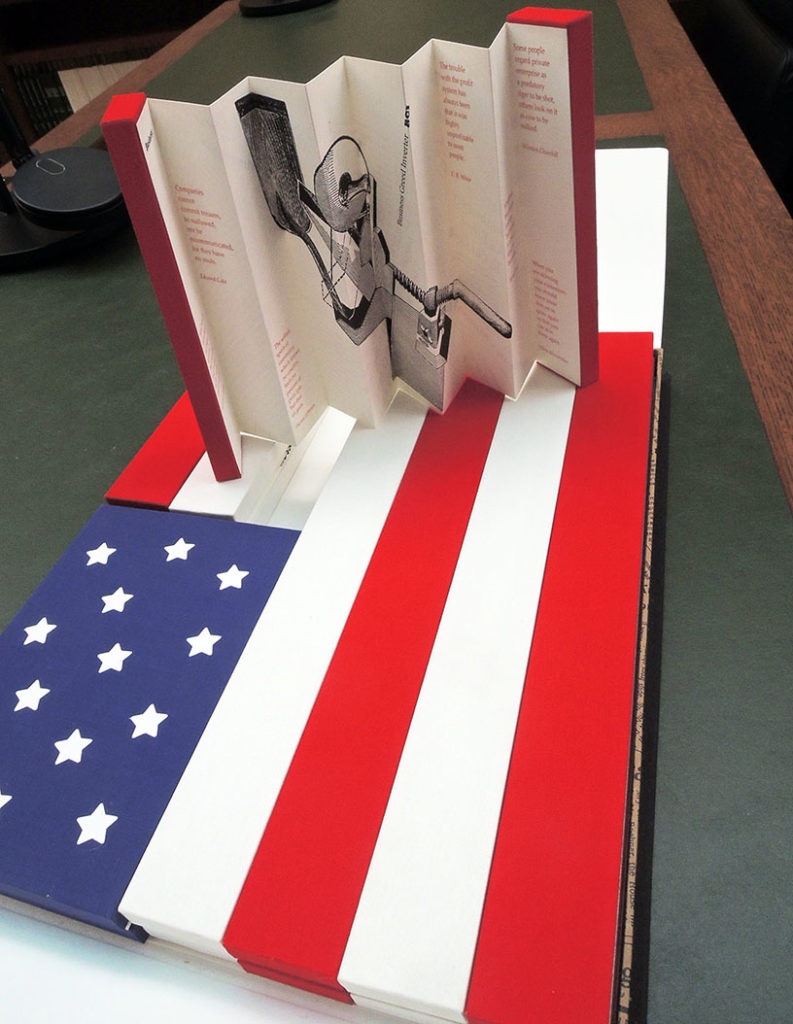 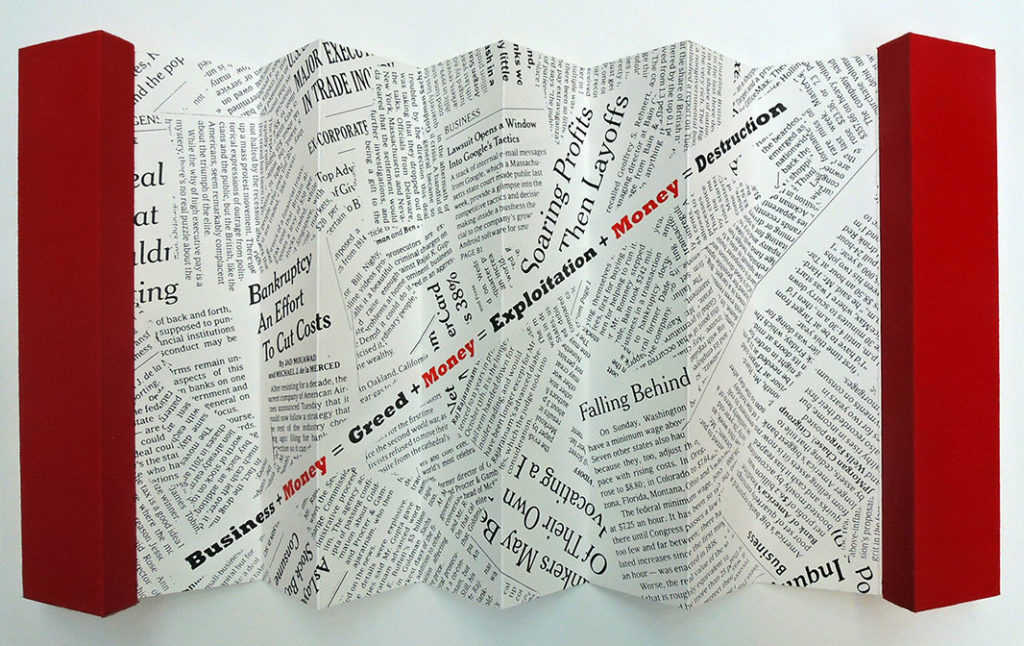 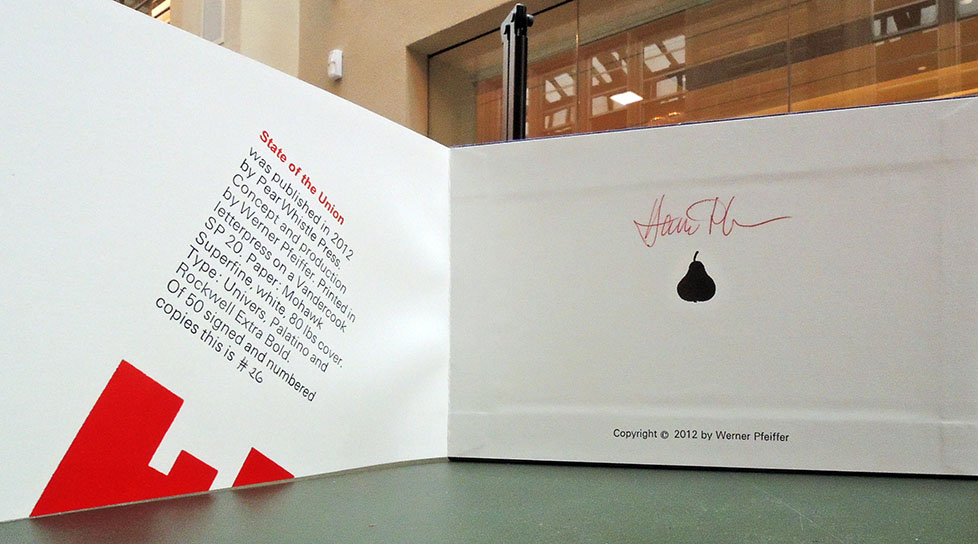 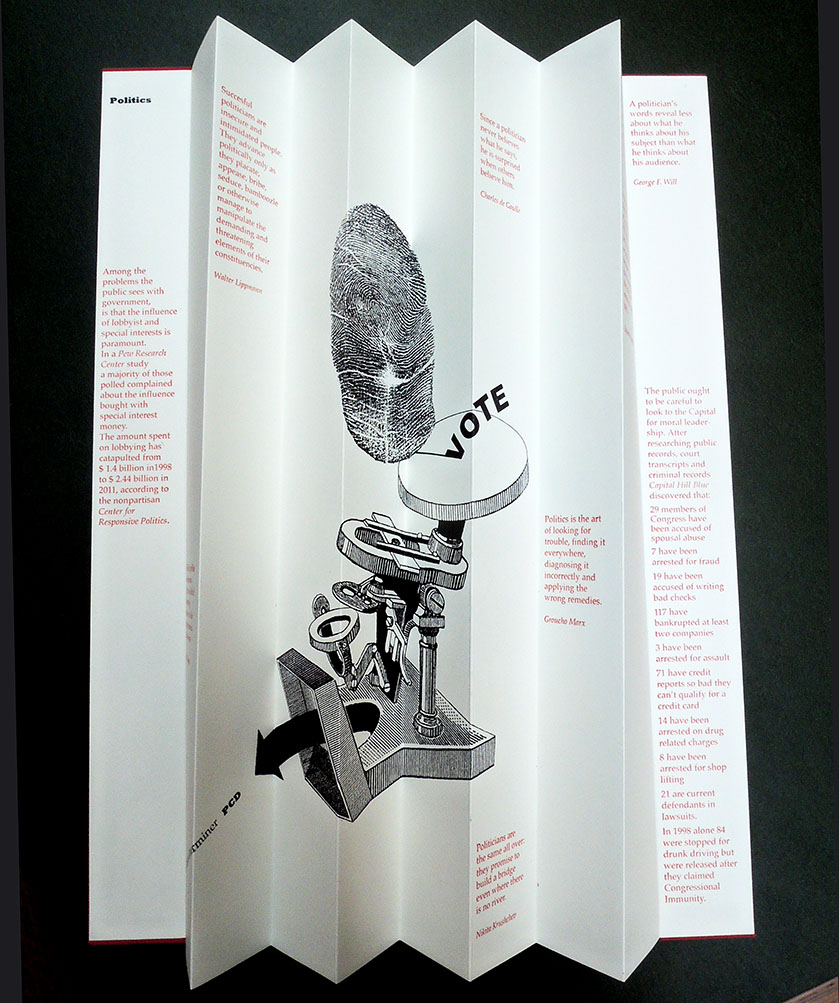 “Werner Pfeiffer was born in 1937 in Stuttgart in the southwestern part of Germany. He studied at the Akademie der Bildenden Künste in his home town. In 1961 he emigrated to the United States. Initially, he was active as a designer and art director on a variety of projects. In this capacity he received many citations and awards from the New York Art Directors Club, the New York Type Directors Club, the New York Society of Illustrators, and the American Institute of Graphic Arts. His design work has been widely published in the international design literature in magazines such as Graphis, Gebrauchsgrafik, Print, Modern Publicity and Art Direction.

In 1969 he was appointed Professor of Art at Pratt Institute in New York. At the same time he assumed the position of director of the Pratt Adlib Press, a publishing venture of the Department of Graphic Art at Pratt.”