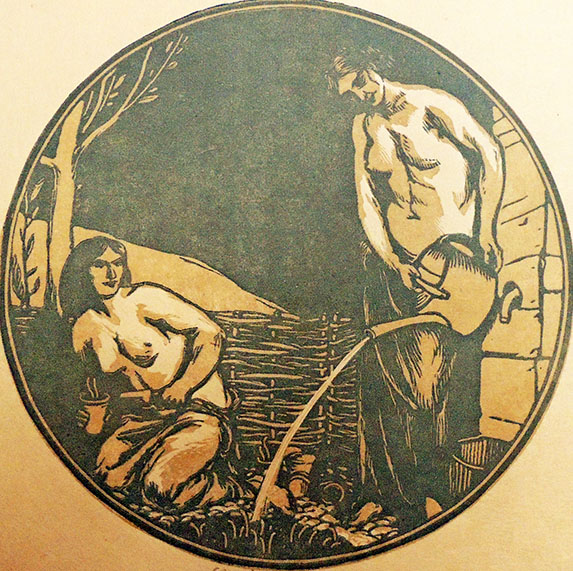 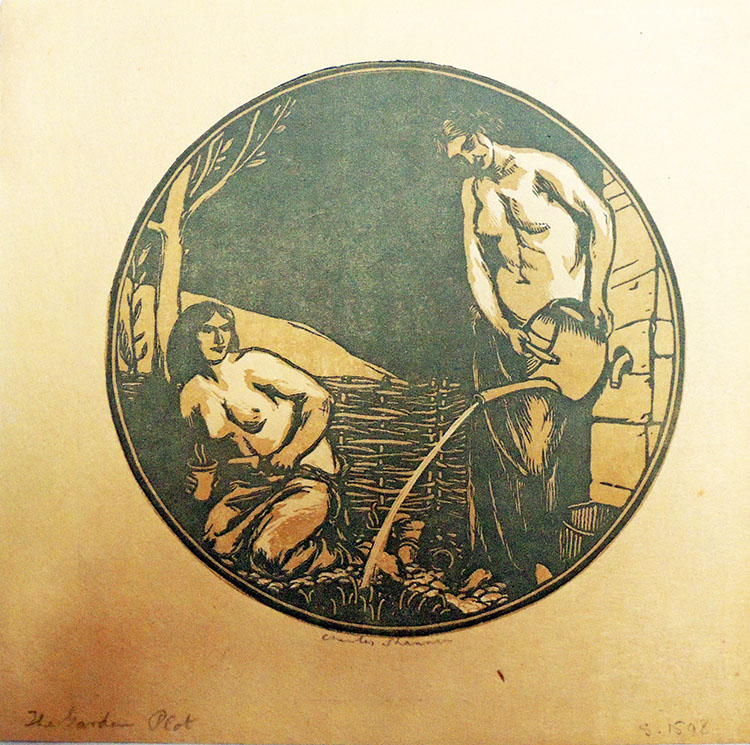 “The First Exhibition of Original Engraving” was held at E.J. Van Wisselingh’s Dutch Gallery on Old Bold Street in 1898 with work by Charles Ricketts, Charles Shannon, Sturge Moore, Reginald Savage, and Lucien Pissarro. As described 18 years later in The International Studio, Shannon’s contribution featured a series of 12 chiaroscuro woodcuts. These small rondels chronicled the “Idylls of Rural Life,” throughout the seasons of the year, printed in dark green-grey, buff yellow, and white inks.

The Graphic Arts Collection recently acquired one print from this series entitled “The Garden Plot,” thanks to the generous donation of Sally M. and William B. Rhoads, ’66 *75. As an undergraduate, William Rhoads was inspired to begin collecting prints after attending Robert Koch’s seminar “Art of the Print.” Rhoads was also kind enough to add a print by Shannon’s frequent partner, Charles Ricketts [see below]. 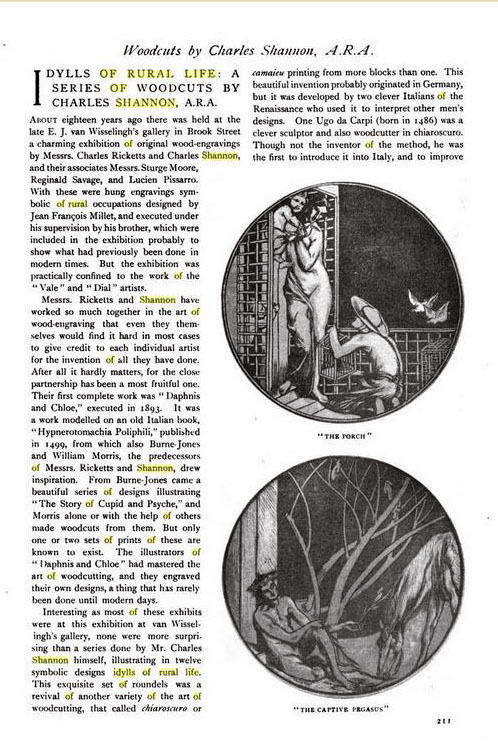 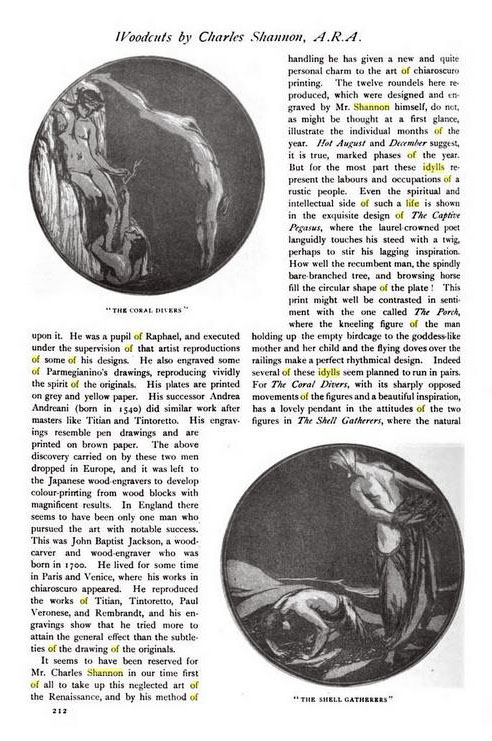 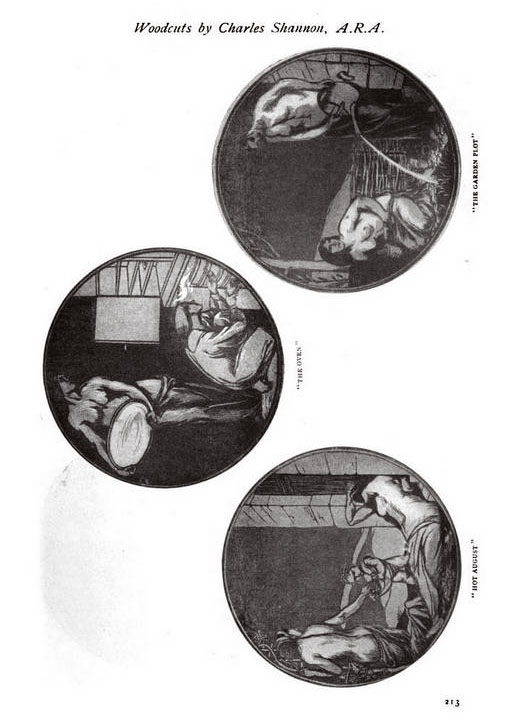 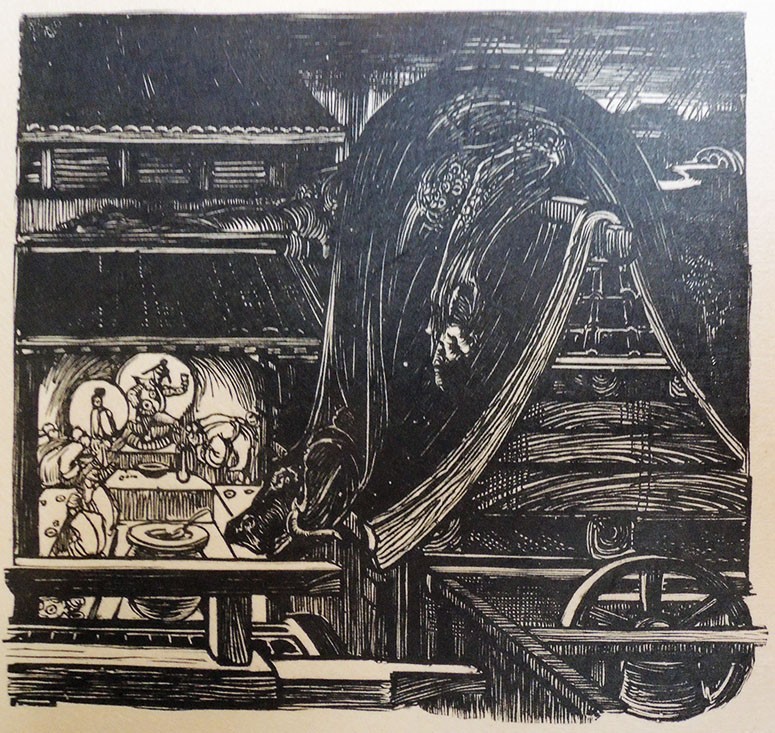 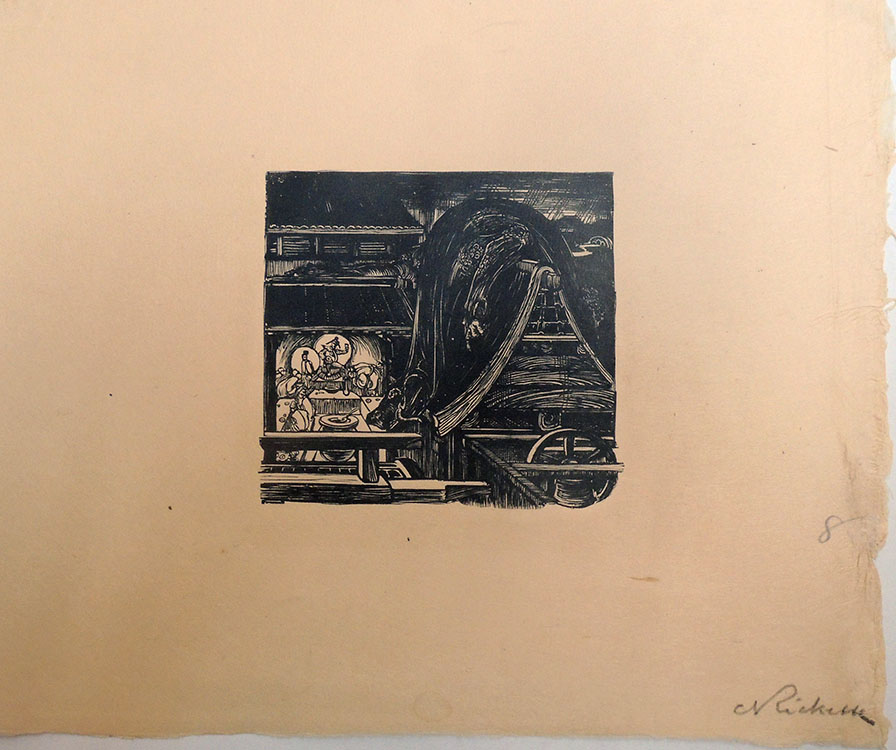