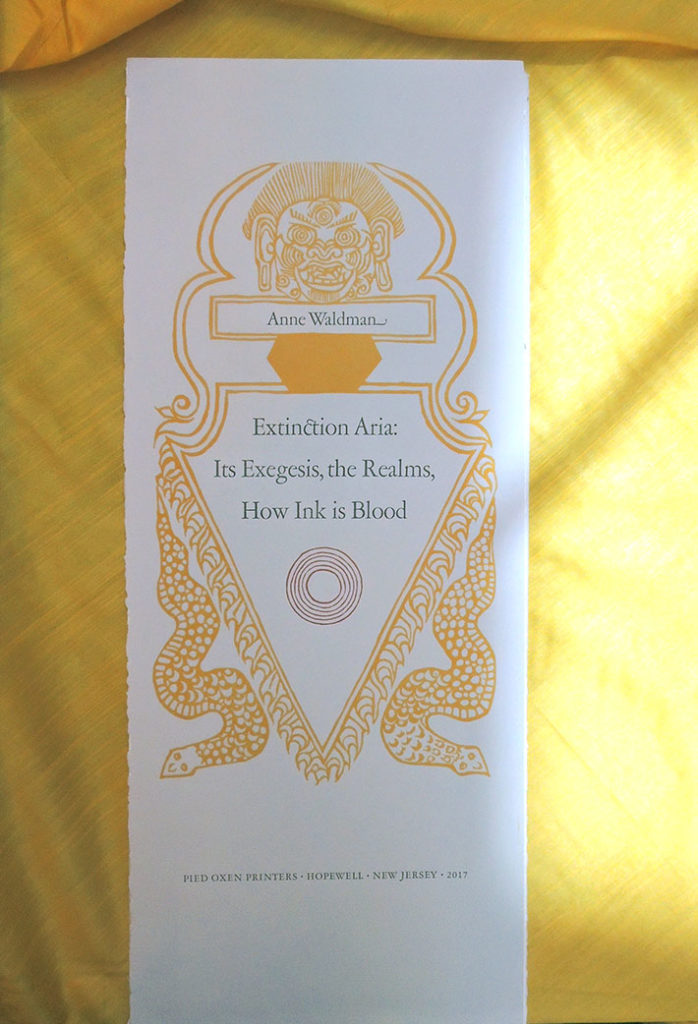 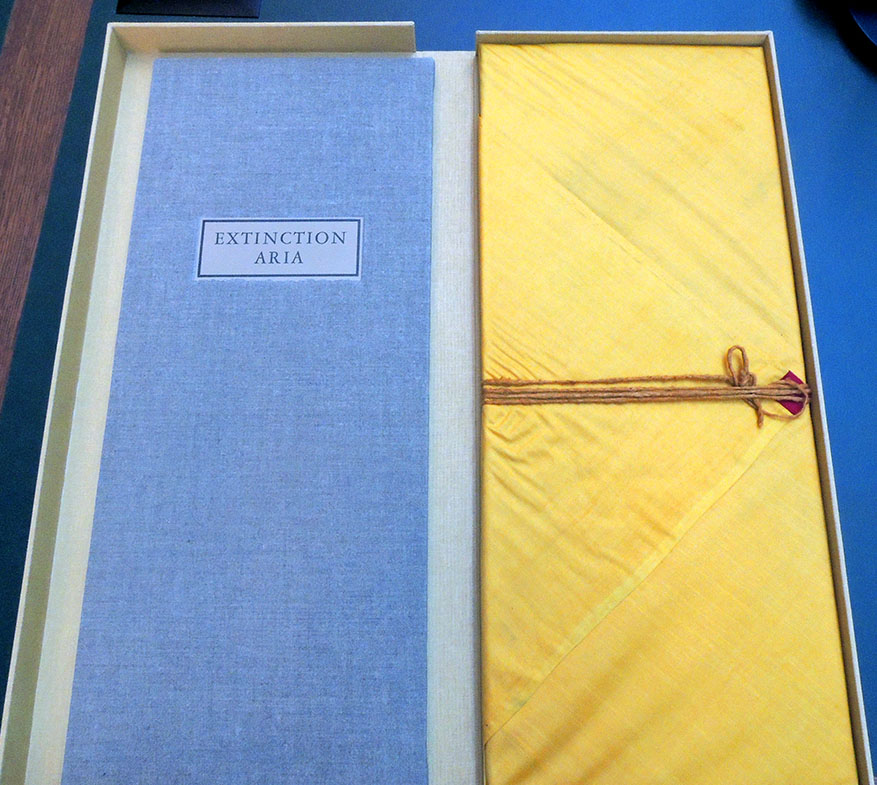 “Extinction Aria” was composed responding to what is known as the cycle–within the Wheel of Life–of the six realms in Buddhist philosophy: hell realm, hungry ghost or preta realm, animal, human, warring god, and pleasure-seeking god realm. The text seemed to emanate from a vibrating larynx and dance in the air. The words here are meant to project the tangibility of the psychological state of each realm. Thus the poem is proclamation of a specific insight into “samsara,” Sanskrit for a wandering through the endless cycle of existence, transmigrating lifetime after lifetime. “Extinction” may be interpreted here in both a negative and positive sense. Extinction as in the “sixth extinction” comes to mind; the planet is threatened from many directions by global warming, nuclear war and other ominous threats of the Anthropocene, where humankind is constantly running interference. From the spiritual perspective one aspires to the exhaustion of “ego” and its grasping. “We are here to disappear” is a tenet of Buddhism. I felt a vatic assertive voice on both sides of this inhabiting the poem … the voice of a harpy, a hag, a seer, conjuring images of gloom and doom to wake the world up to itself, and also a consciousness or impulse seeking to disappear. The title may also be read as “extinction air” as in our atmosphere so threatened by unmitigated pollution. The image and insistent repetition of “ink” during the piece was important to the sense of the poem needing to be scribed, physically embodied as spell or charm or transmission. This originally came from a dream that inflected the power of ink as a kind of lifeblood for poetry. These spiritual aspirations can’t merely exist in air. They needed to be written in “blood” and in the minerals of an earthy ink and project a strong visual presence, as they do in David Sellers’ inspired design and rendering. The mantra “E Ma Ho!” weaves in, which is an exclamation of amazement and wonder, and when repeated, carry the blessing of purifying body, speech and mind. The writing of this piece was extremely visceral, performative, in that a pulse of kinetic energy kept pushing the momentum of the language and its images forward. The poem comes off the center of the page; its lines settle down the middle axis as if it is a core of wind, or air, a channel of breath. This centering gives spine and location for the textures and language of the aria. 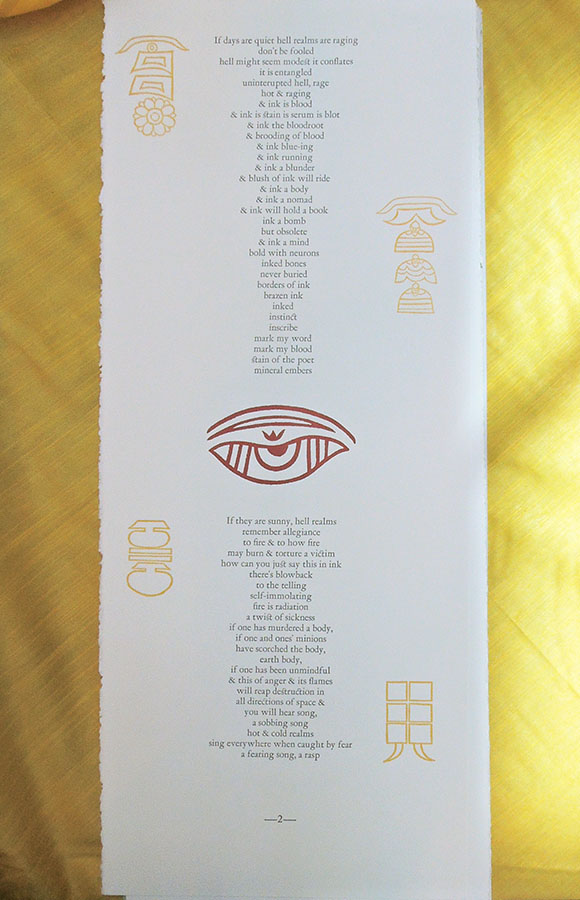 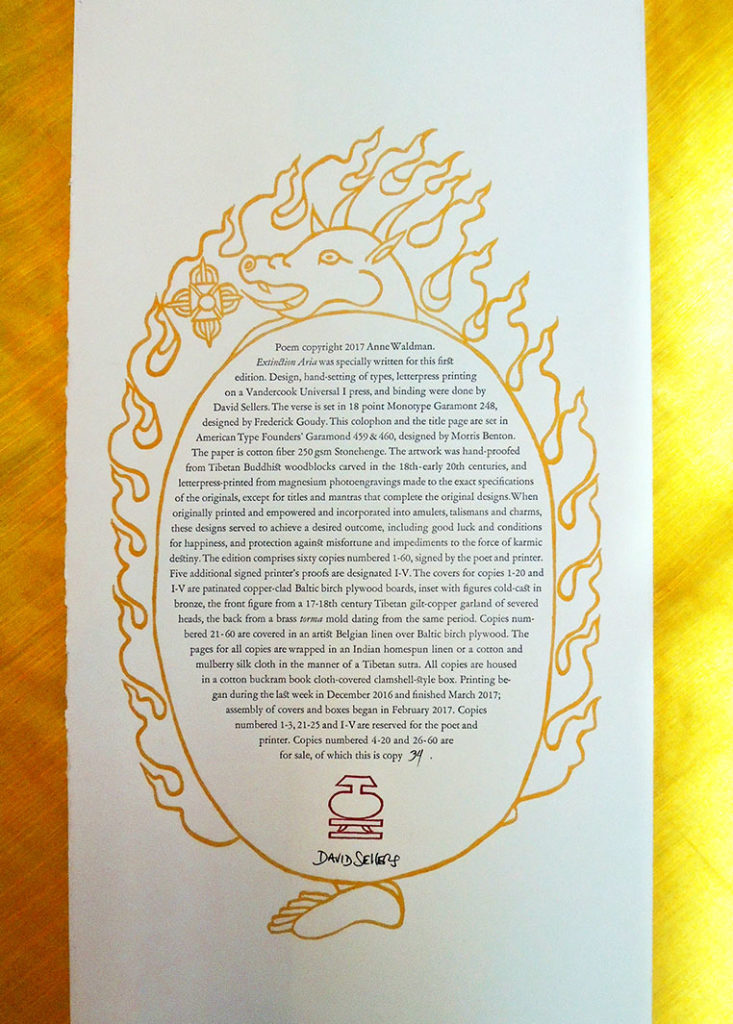