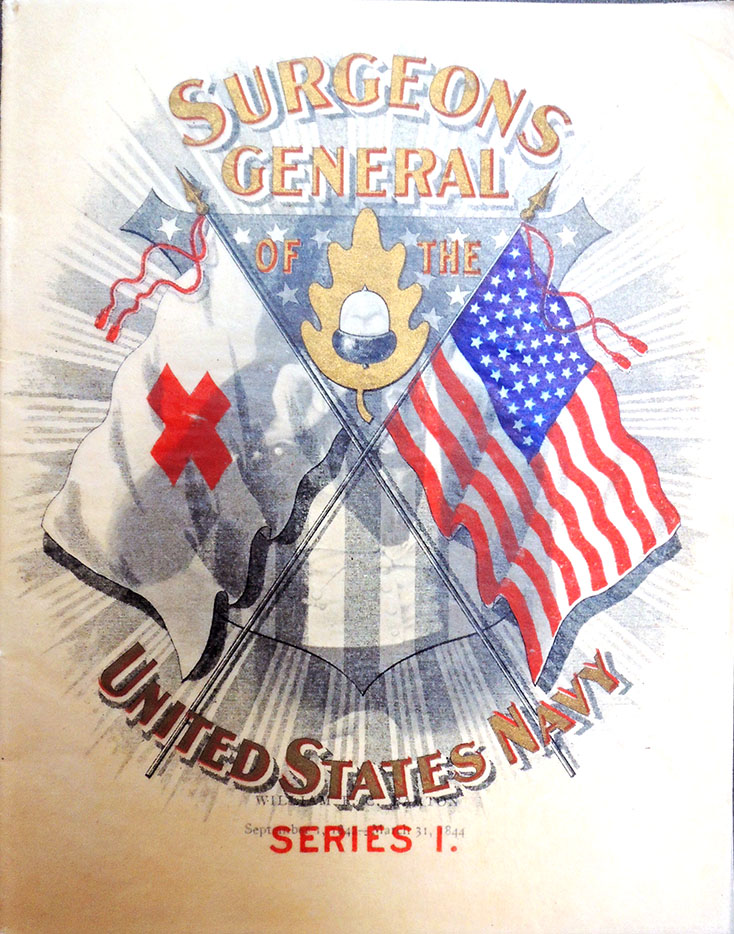 In the late 19th and early 20th centuries, The Maltine Company of Brooklyn published a series of pamphlets advertising the company to the general public through interesting facts and medical history. This was the first, ca. 1898, listing the Surgeons-General of the U.S. Navy. 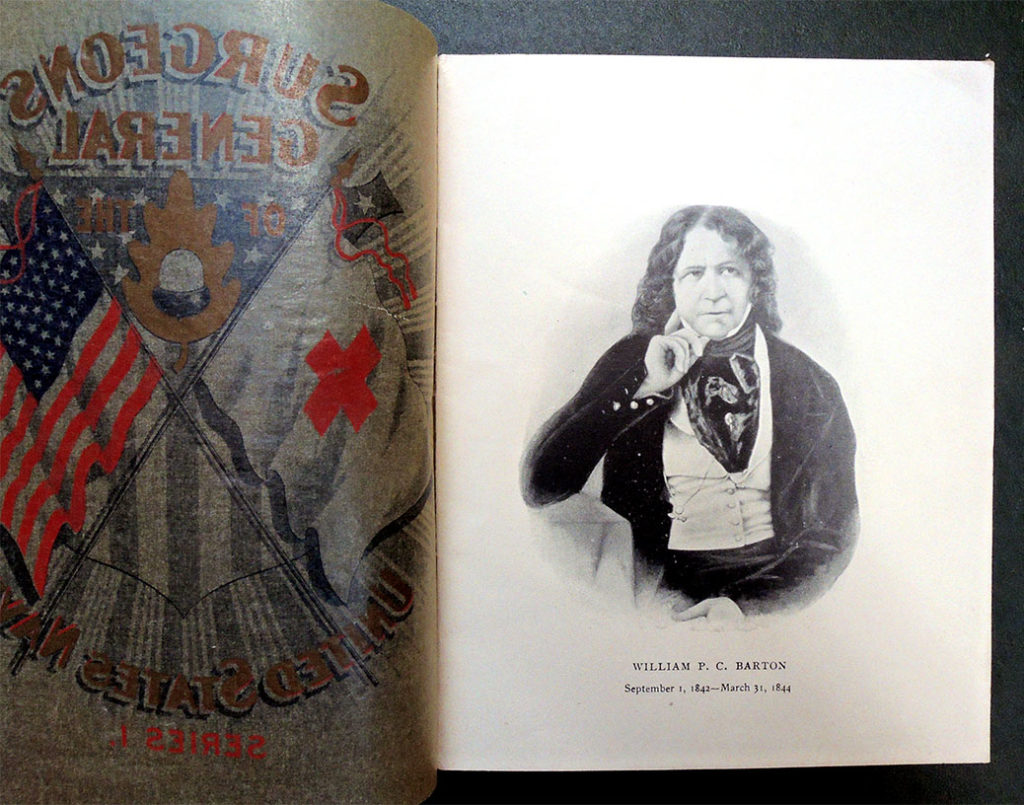 William P.C. Barton (1786-1856), Princeton Class of 1805, studied medicine at the University of Pennsylvania before entering the Navy at the age of 23 as a surgeon. The portrait below left is by Thomas Sully (1783-1872), depicting Barton in his first uniform [Philadelphia Museum of Art]. The artist of the portrait used by the Maltine Company is not identified. 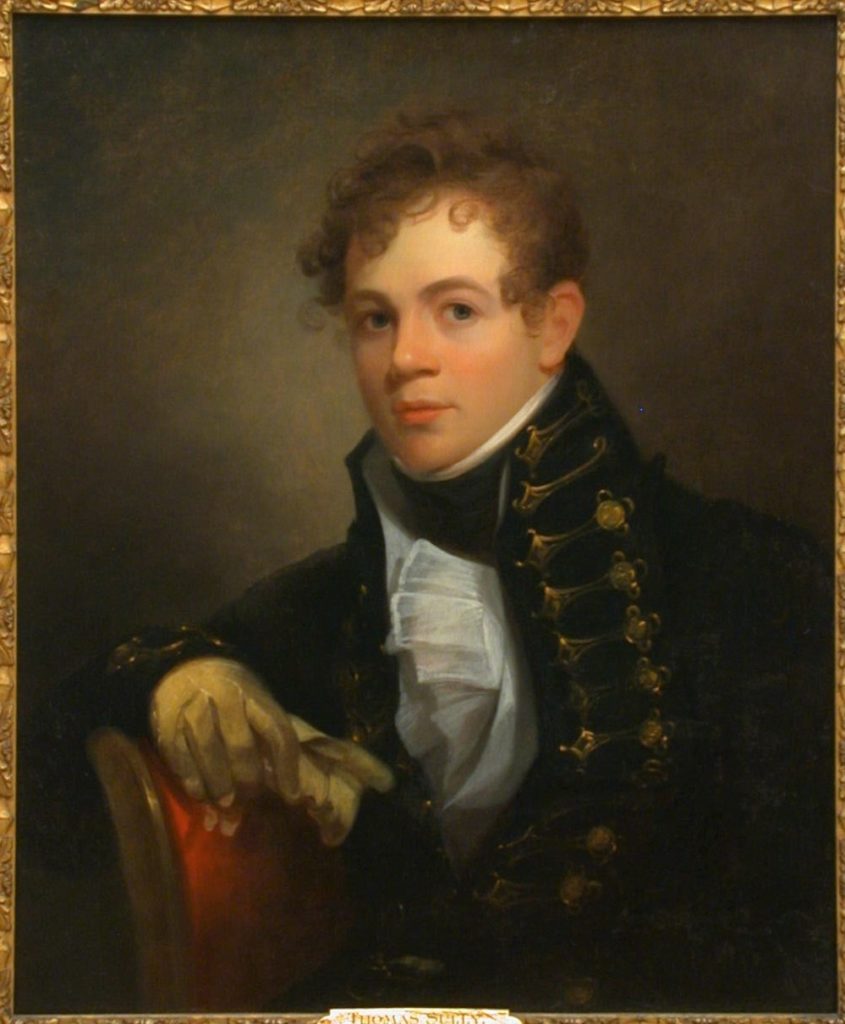 According to Appletons’ Cyclopaedia, the U. S. Naval Bureau of Medicine and Surgery was organized by Barton and he was the first chief clerk of that Bureau, appointed in 1842 by President John Tyler. Although the post of Surgeon General of the Navy wasn’t created until 1871, Barton is considered the first to hold the Navy’s senior position. 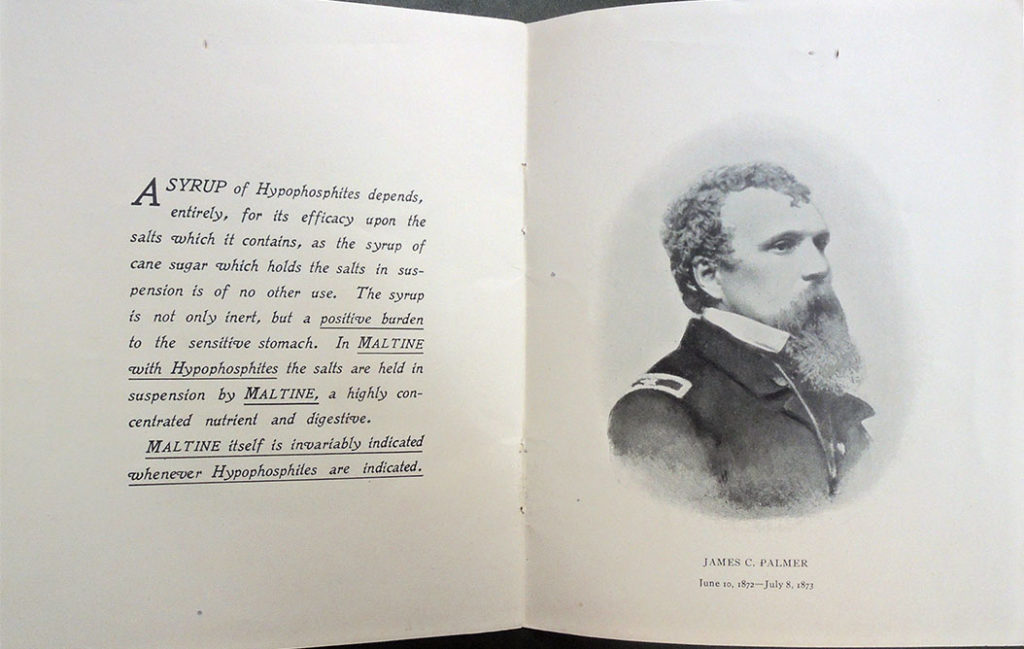 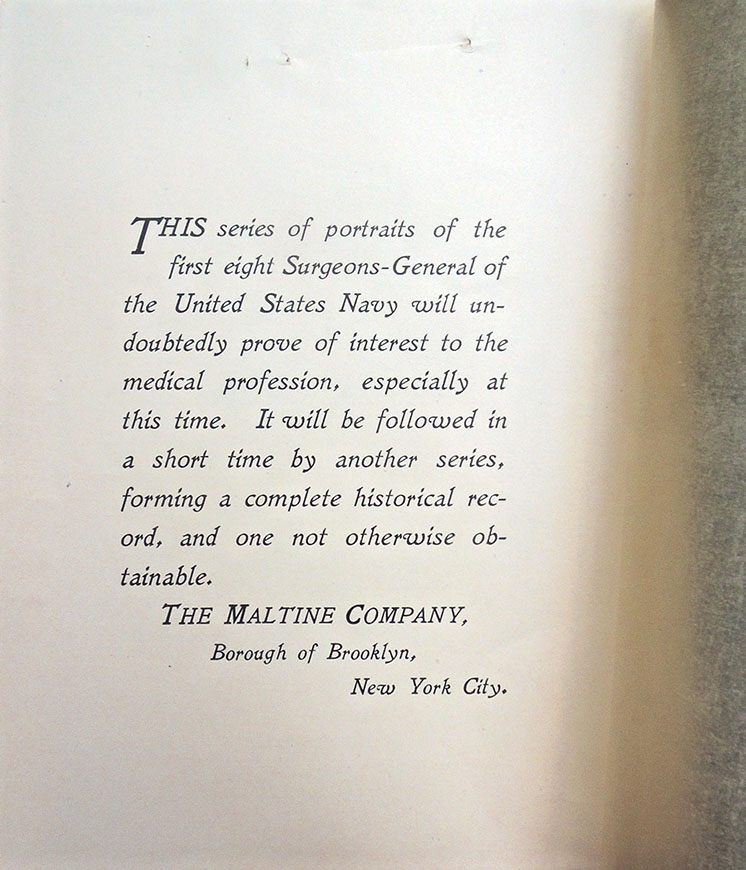 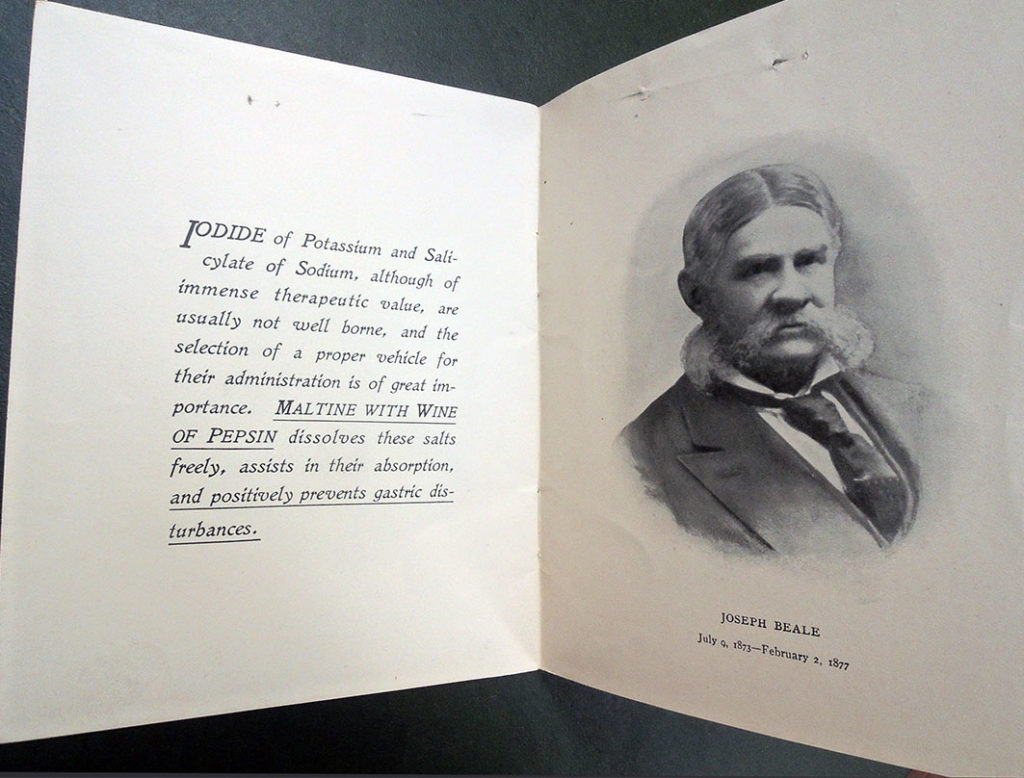