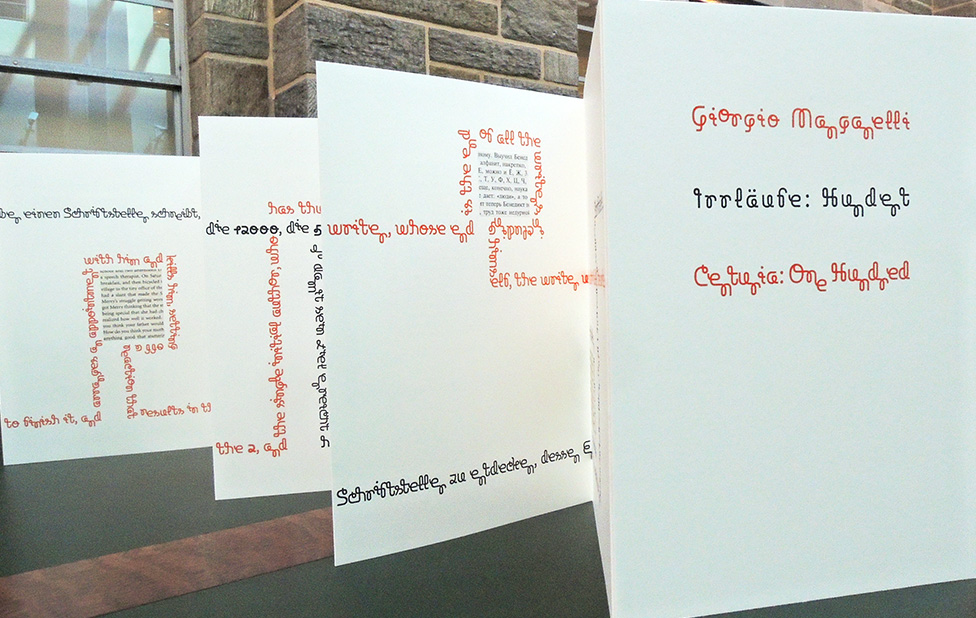 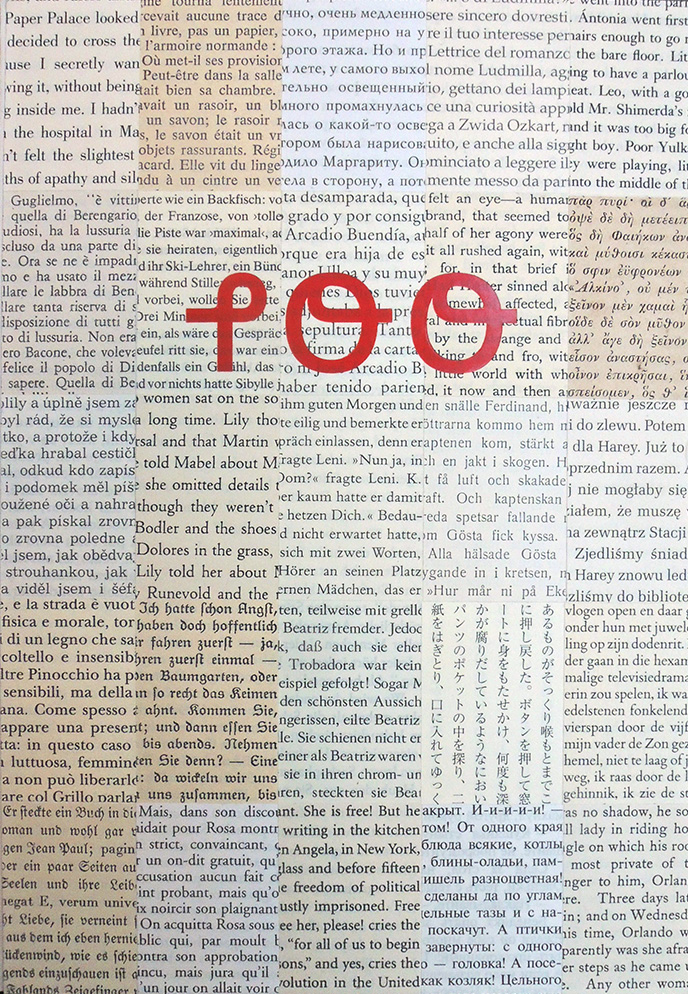 “A writer is writing a book about a writer who is writing 2 books about 2 writers, one of whom writes because he loves the truth, and the other because it makes no difference to him. These 2 writers write a total of 22 books that talk about 22 writers, some of whom lie without knowing they are lying, others lie and know so, others seek the truth while knowing they won’t be able to find it, others believe themselves to have found it, still others believed themselves to have found it but have started to have doubts…” –Paul Malutzki 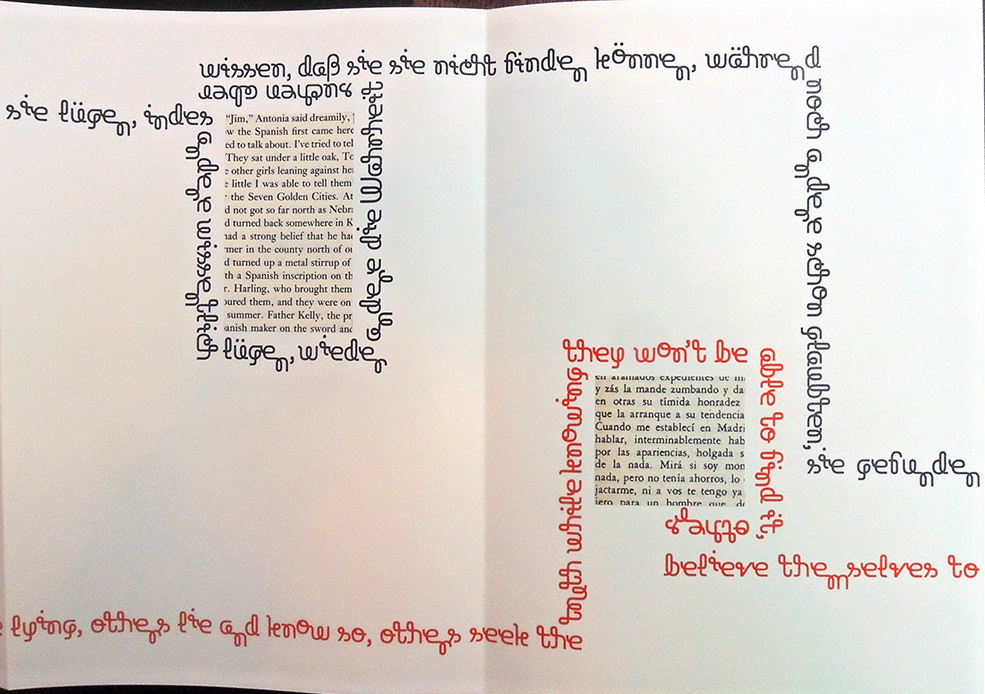 Manganelli’s ouroboric mini novel (No. 100 of a collection of 100) is used bilingual in German and English translations. The two texts run through the accordion book as unbroken lines. The binding structure of the book (printed on both sides) allows to reconnect the text ends to the text beginnings, thus associating an endless (ouroboric) reading.

After setting the texts on computer with 30 point “Polymorph South” they were printed letter press, using polymer plates. On their meandering path through the book they circumscribe glued-in text fragments from novels by Paul Auster, Simone de Beauvoir, Michail Bulgakov, Italo Calvino… and Virginia Woolf. 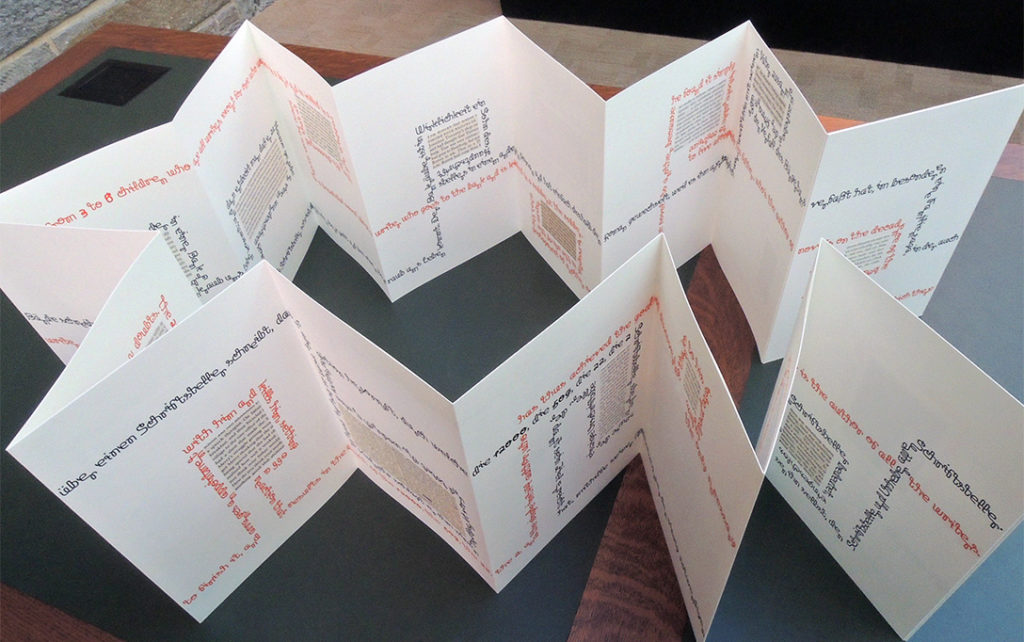 Giorgio Manganelli (1922-1990) was an Italian journalist, avant-garde writer, translator and literary critic. Centuria, which won the Viareggio Prize, is probably his most approachable [book]; translated into English in 2005 by Henry Martin. Italo Calvino called him “a writer unlike any other, an inexhaustible and irresistible inventor in the game of language and ideas.” 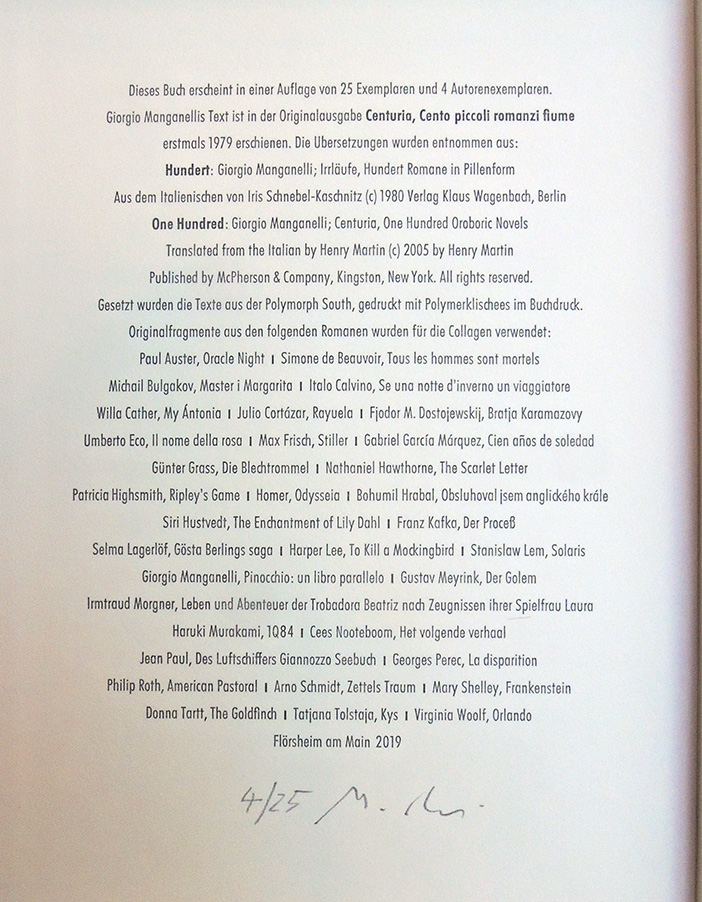 Calvino also once remarked that in Manganelli:

“Italian literature has a writer who resembles no one else, unmistakable in each of his phrases, an inventor who is irresistible and inexhaustible in his games with language and ideas.” Nowhere is this more true than in this Decameron of fictions, each composed on a single folio sheet of typing paper.

Always provocative, insolent, sinister, and quite often funny, these 100 comic novels are populated by decidedly ordinary lovers, martyrs, killers, thieves, maniacs, emperors, bandits, sleepers, architects, hunters, prisoners, writers, hallucinations, ghosts, spheres, dragons, Doppelgängers, knights, fairies, angels, animal incarnations, and Dreamstuff. Each ‘novel’ construes itself into a kind of Möbius strip, in which, as one critic has noted, ”time turns in a circle and bites its tail” like the Ouroborous.

In any event, Centuria provides 100 uncategorizable reasons to experience and celebrate an immeasurably wonderful writer. Brilliantly translated from the Italian by Henry Martin.” 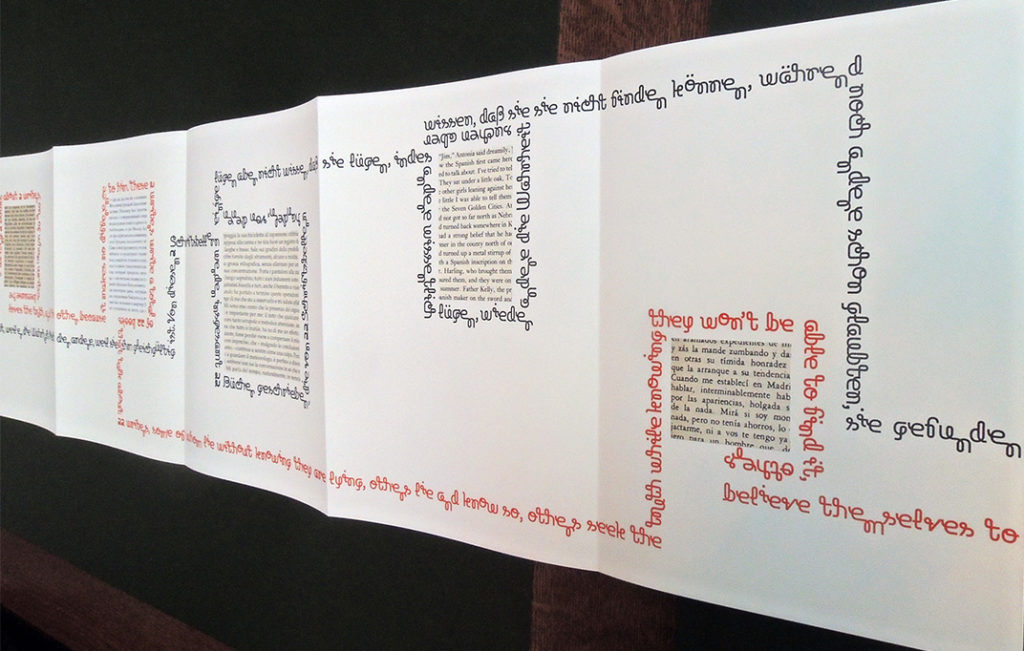