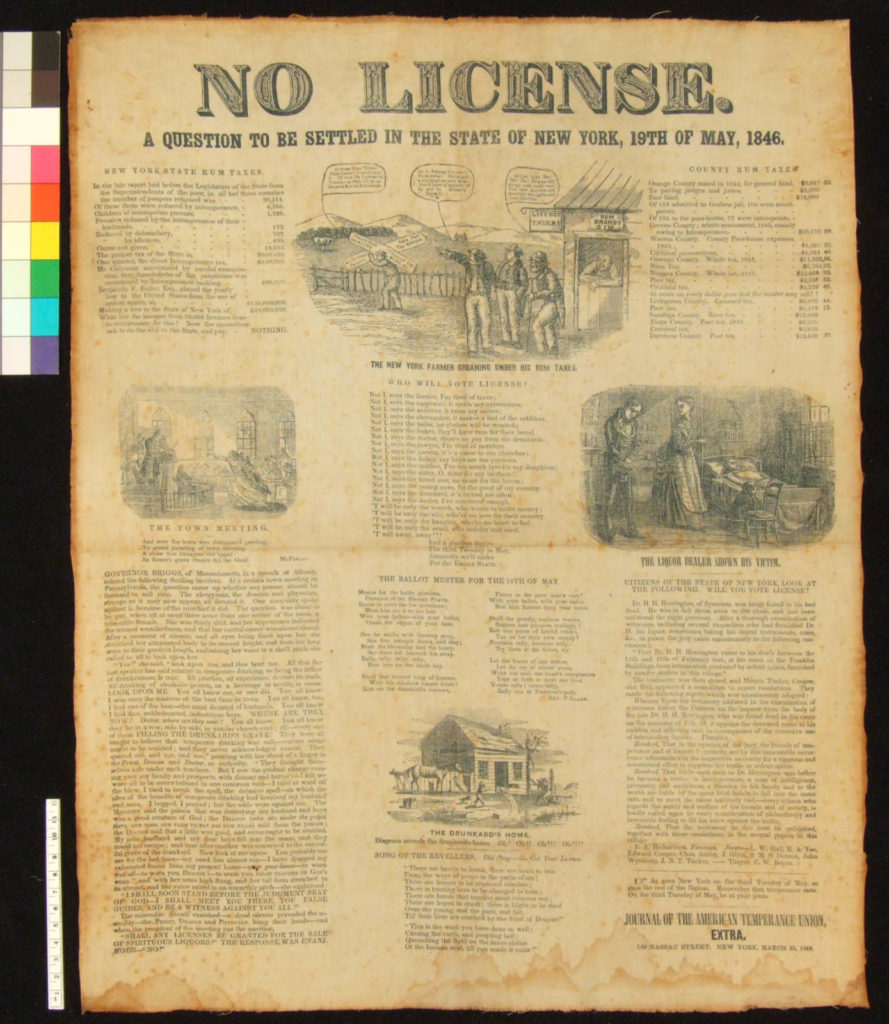 “No License. A Question to be Settled in the State of New York, 19th of May, 1846… Citizens of the State of Nfw [sic] York, Look at the Following. Will You Vote License?”

On May 19, 1846, an important vote was to be held throughout New York State, as to whether or not merchants could obtain licenses to sell hard liquor. This “Extra,” printed on cloth and issued by The Journal of the American Temperance Union, urges citizens to vote “No License.”

To make their case, the broadside has four vignettes showing the ill effects caused by drinking. At top it reads: 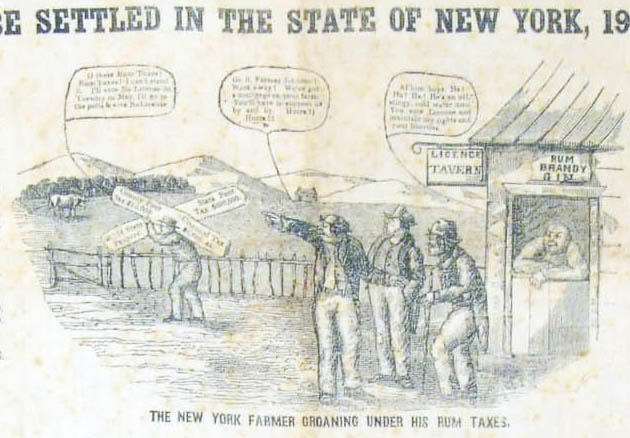 Above and below cropped and photoshopped

An adjacent cartoon [above] shows a farmer carrying his “pauper” and “criminal” taxes while a licensed tavern owner and his clients look on. The farmer says “O these Rum Taxes! Rum Taxes! I can’t stand it. I’ll vote No License. 3d Tuesday in May I’ll go to the polls & vote No License.”

The tavern owner jeers: “At him boys. Ha! …You vote License and maintain my rights and your liberties.”

Other printed vignettes include “The Drunkard’s Home,” “The Liquor Dealer Shown His Victim,” and “The Town Meeting.” This final illustration depicts a dying alcoholic woman who dared to speak out at a town meeting against licenses to sell rum: “I shall soon stand before the Judgment Seat of God—I shall meet you there, you false guides, and be a witness against you all.”

The textile broadside is printed in three columns, with three poems in the center: “Who Will Vote License?” “The Ballot Muster for the 19th of May” (by Rev. P. Clark), and “Song of the Revellers. Old Song—Go Get Your License.”