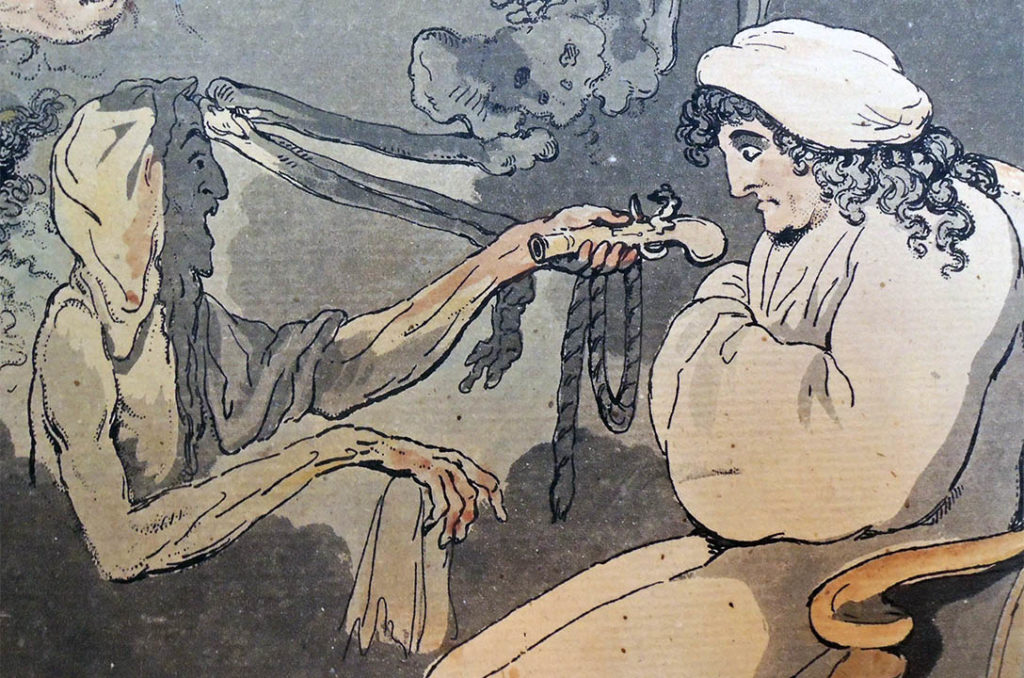 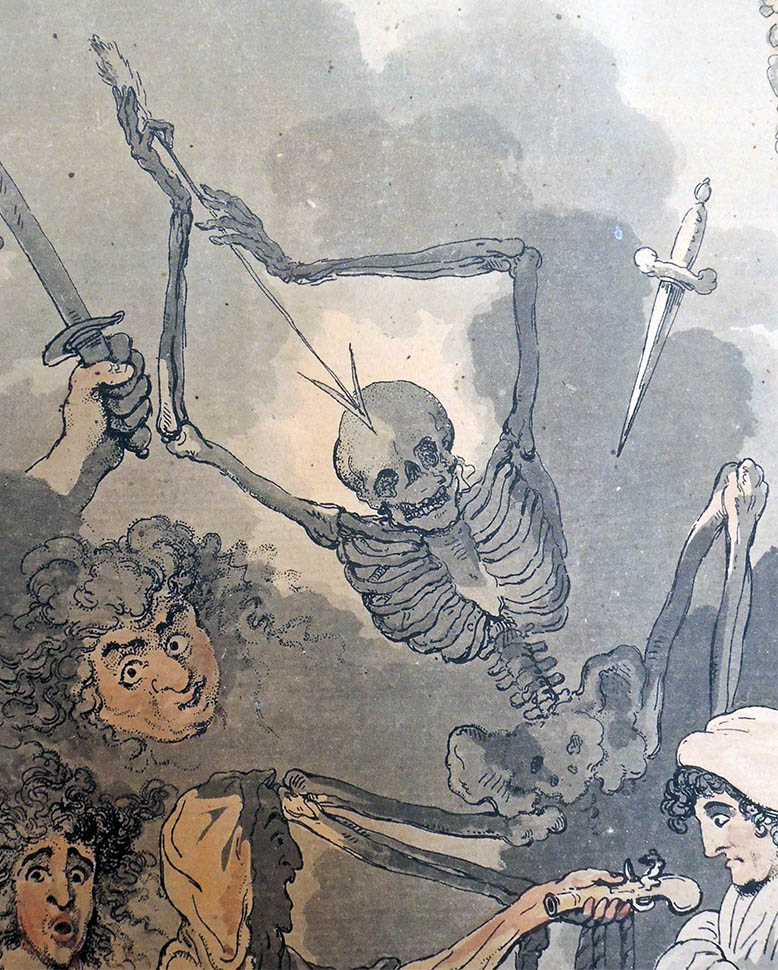 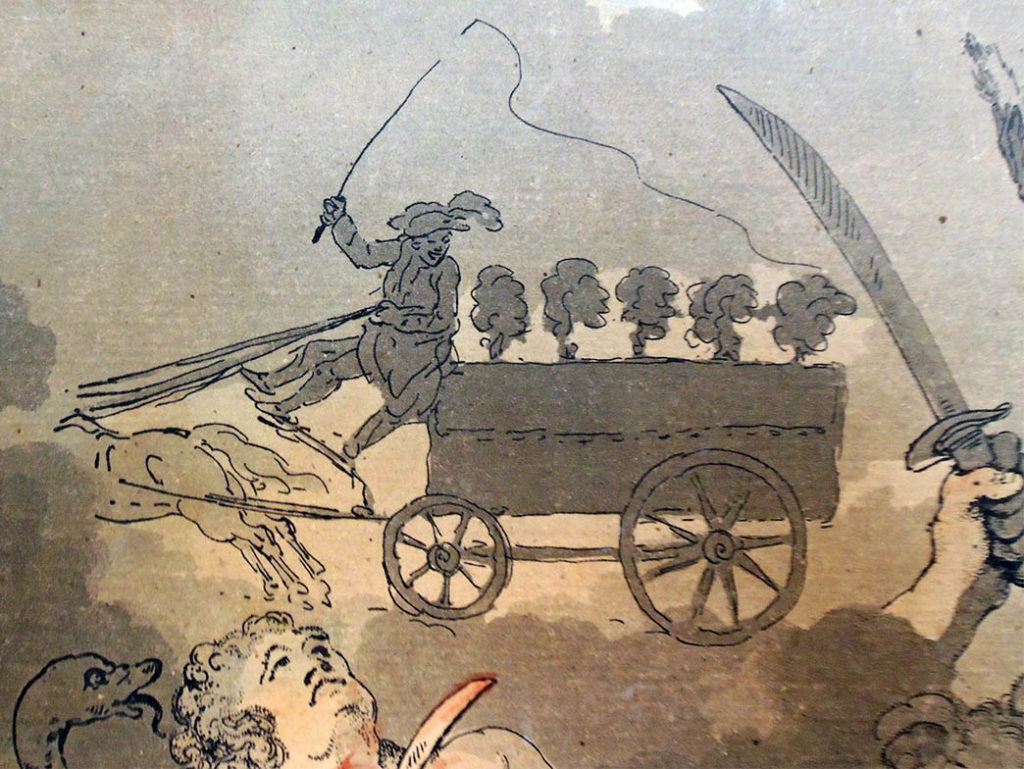 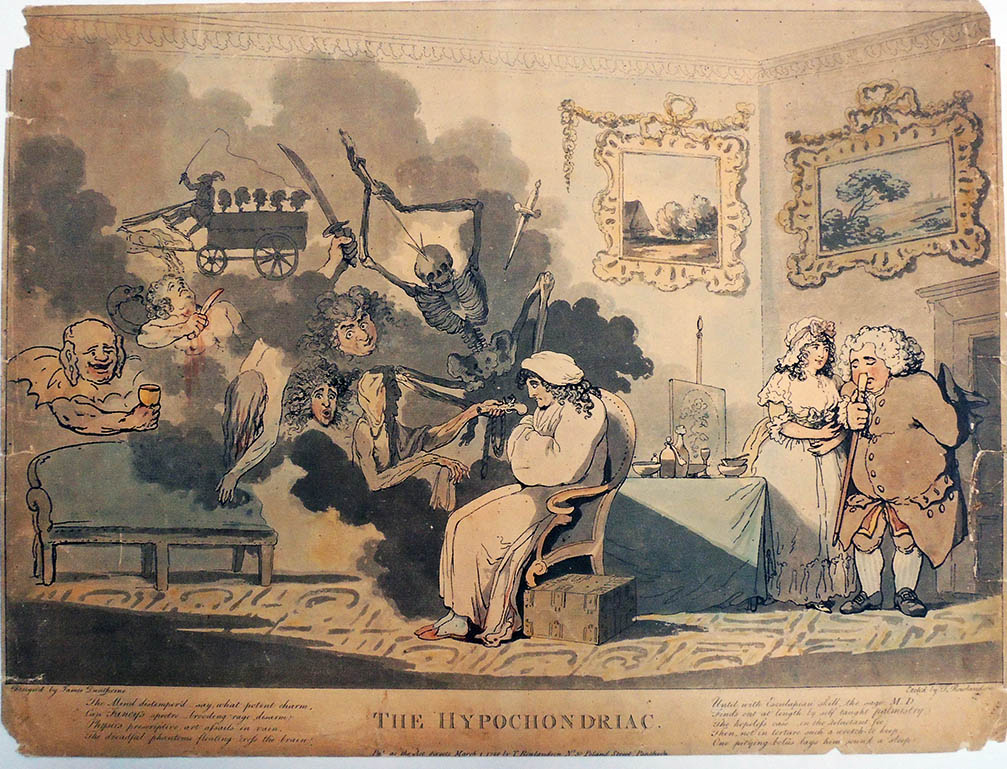 We agree with the Metropolitan Museum of Art that the artist who collaborated with Rowlandson here was James Dunthorne II, also known as the Colchester Hogarth. Judy Crosby Ivy, writing for the DNB explains:

Two other artists named Dunthorne (mistakenly identified in the Dictionary of National Biography and in the standard references as John) lived and worked in Colchester and may have been distantly related to the East Bergholt Dunthornes. James Dunthorne (c. 1730–1815), portrait and miniature painter and map-maker, was apprenticed to Joshua Kirby in 1745 for £25. He was also possibly the topographer responsible for several drawings of historic Essex buildings and tessellated pavements reproduced in various antiquarian publications in the 1760s and 1770s. James Dunthorne had nonconformist and whig connections and may have been related to John Dunthorne, a dissenting pastor in Colchester. He and his wife Elizabeth had nine children, the eldest of whom, James Dunthorne (c. 1758–c. 1794), painter and surveyor, was known as the Colchester Hogarth and exhibited several genre scenes at the Royal Academy between 1783 and 1792. Works by both father and son are in the Colchester and Essex Museum and in the British Museum, department of prints and drawings. —https://www.oxforddnb.com/view/10.1093/ref:odnb/9780198614128.001.0001/odnb-9780198614128-e-8297

Perhaps it was Dunthorne who wrote:
The mind disemper’d – say, what potent charm,
Can Fancy’s spectre-brooding rage disarm?
Physics prescriptive, art assails in vain,
The dreadful phantoms floating cross the brain!
Until with Esculapian skill, the sage M.D.
Finds out at length by self-taught palmistry,
The hopeless case – in the reluctant fee,
Then, not in torture such a wretch to keep
One pitying bolus lays him sound asleep.’

Razors pain you;
Rivers are damp;
Acids stain you;
And drugs cause cramp.
Guns aren’t lawful;
Nooses give;
Gas smells awful;
You might as well live.