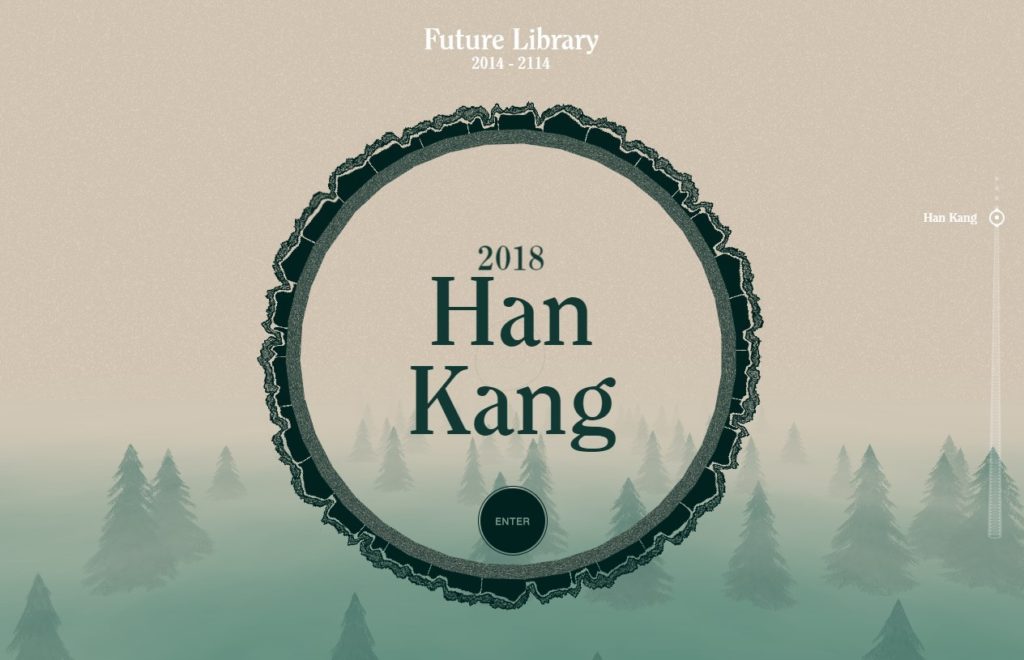 As announced in The Korean Times ( http://www.koreatimes.co.kr/www/art/2019/05/142_269542.html) “Prize-winning South Korean novelist Han Kang has handed over a novel to the Norwegian public arts project “Future Library,” with her writing to remain unpublished and unread for nearly a century. The 2016 winner of the Man Booker International prize for her novel “The Vegetarian” has been chosen as the fifth writer for the Norwegian project along with 99 renowned authors including English writer David Mitchell. Their works will be kept in secret and published a century later on paper made from the trees of a special forest cultivated for the project.” 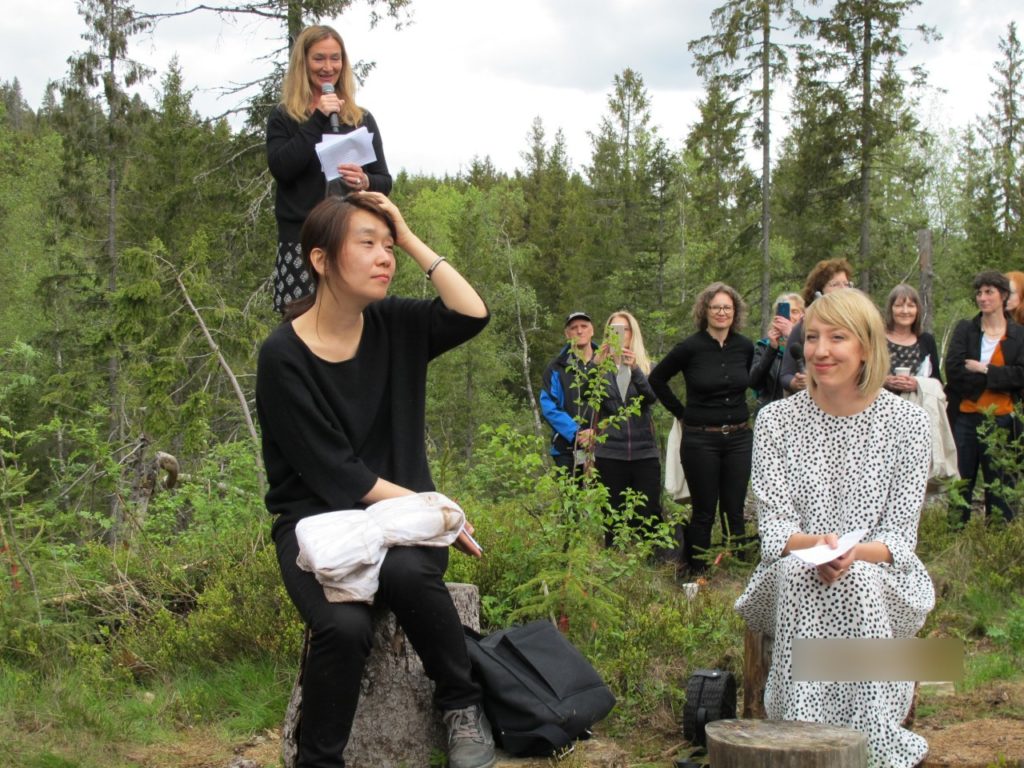 “At the ceremony held at a forest on the outskirts of Oslo, Norway, on Saturday, the writer handed over a manuscript covered with a white cloth to Scottish artist Katie Paterson, who initiated the “Future Library” project in 2014. . . . The novel, titled “Dear Son, My Beloved,” will be held in the Deichman Library in Oslo until its scheduled publication in 2114.”

“It’s like my script marrying the forest, or like a funeral where this script longs for a rebirth, or like a lullaby for a century-long sleep,” said Han, explaining what the white cloth refers to. She added that a piece of white fabric is used for side snap shirts for infants, mourning clothes and bedding in South Korea. “This is time to say goodbye,” the 48-year old novelist said, closing her speech.

She also read a message that she wrote about the project last month. “So finally in the moment I write the first sentence, I have to believe in the world one hundred years from now, the unlikely possibility that there would still be people who will read what I write … as well as the thinly founded hope that this globe will have not yet become a massive ruin,” she said. “If we can call the moment when we have to take one step toward the light despite all the uncertainties a prayer, this project would probably be something close to a one-hundred-year-long prayer.”

She said she used the term “one-hundred-year-long prayer” to represent the efforts by people to get out of uncertainly over the course of a century. “If we say a prayer is a struggle in the midst of uncertainty, this project is a prayer and something that many people born and dying keep doing over 100 years,” she noted. 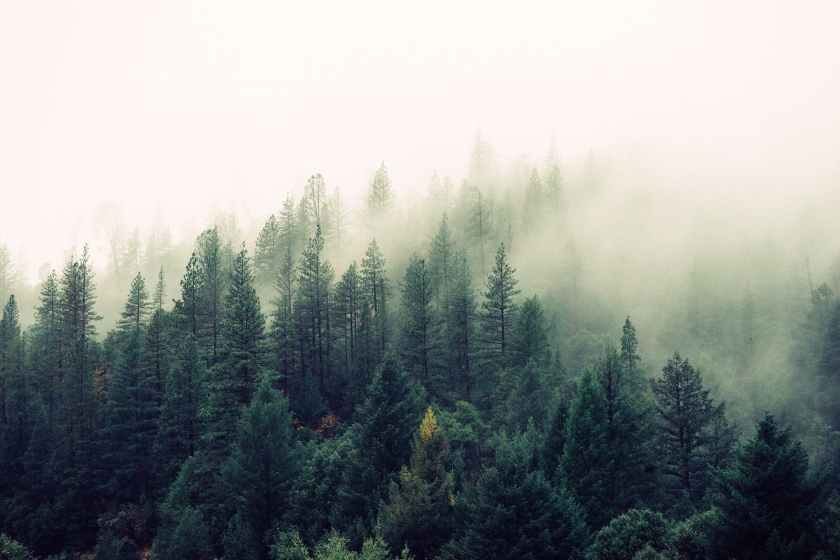