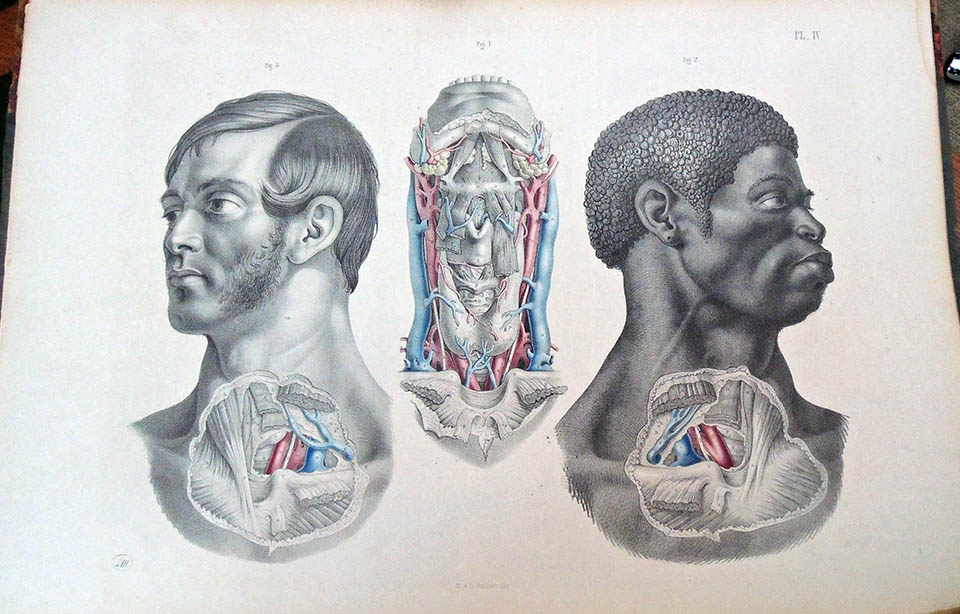 Most early anatomies focused their attention on the white male body, with female dissection included only to illustrate the stages of childbirth. Non-white cadavers might have been less expensive but were not considered proper models for published medical atlases.

When the practice of hands‐on anatomical dissection became popular in United States medical education in the late 18th and early 19th centuries, demand for cadavers exceeded the supply. Slave bodies and thefts by grave robbers met this demand. Members of the public were aware that graves were being robbed and countered with various protective measures. …Slave owners sold the bodies of their deceased chattel to medical schools for anatomic dissection. Stories of the “night doctors” buying and stealing bodies became part of African American folklore traditions. The physical and documentary evidence demonstrates the disproportionate use of the bodies of the poor, the Black, and the marginalized in furthering the medical education of white elites. 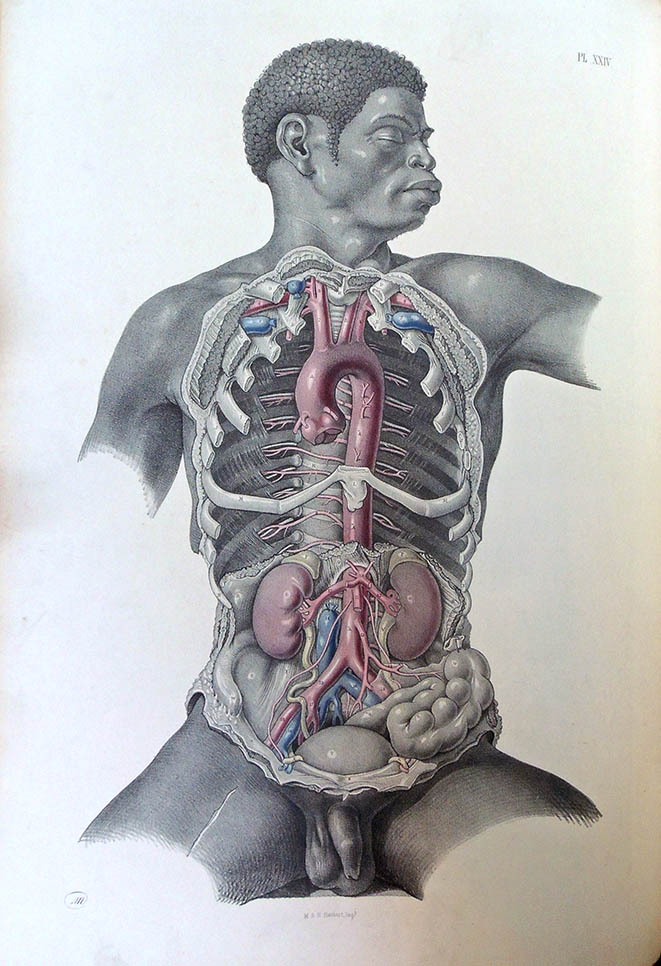 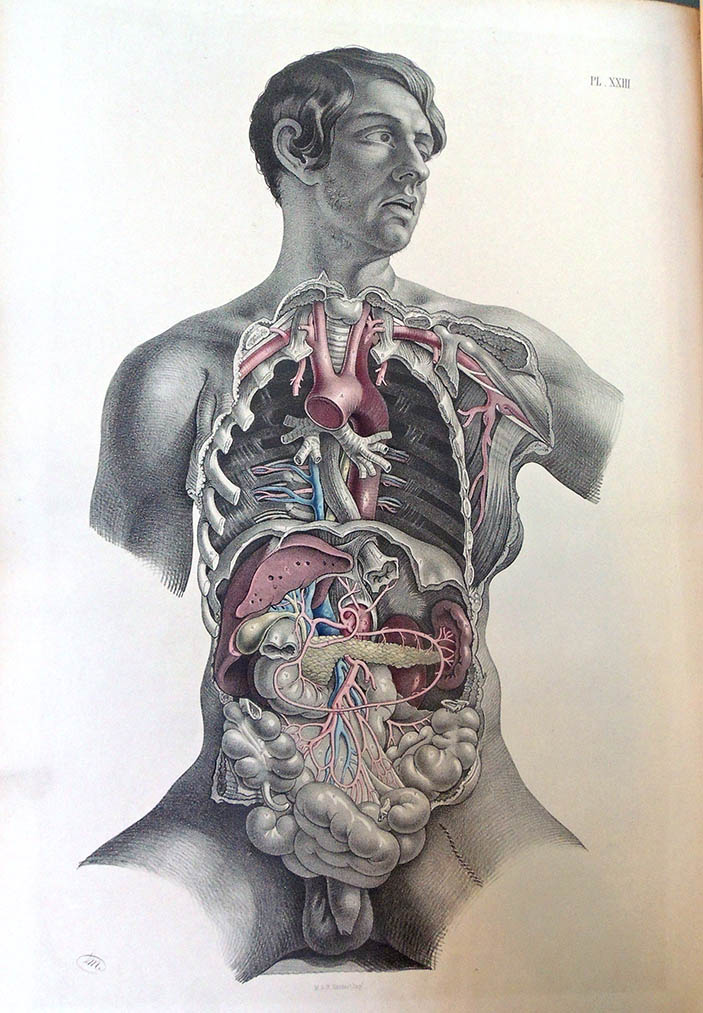 One significant except was Joseph Maclise’s Surgical Anatomy, first published in 1851 with 35 partially colored lithographic plates, followed by a revised and enlarged second edition in 1856, containing 52 plates. The lithographs were printed by M. & N. Hanhart lithographers, founded by Michael Hanhart, and the volume published by John Churchill, a medical bookseller in Soho.

Two plates [above] feature an adult African Englishman, “Two heads of men, showing dissection of muscles and blood-vessels of the subclavian region of the chest” and “Dissection of the trunk of a seated black man, showing major blood-vessels.” Although female models are illustrated, their faces are always obscured. 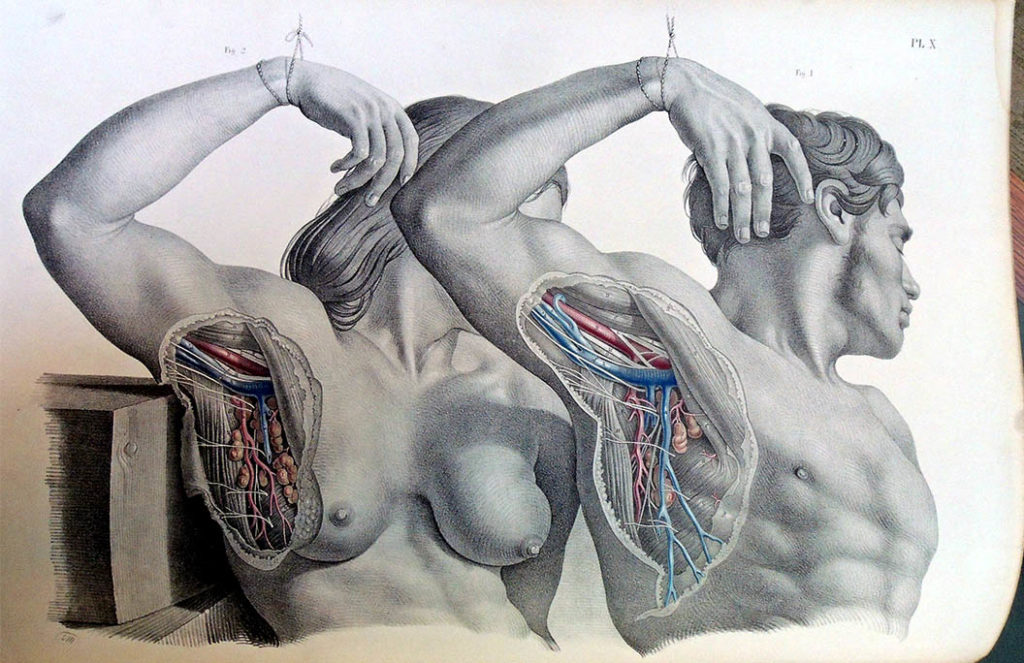 The Irish artist, Joseph Maclise (ca.1815-1880) was a younger brother of the painter Daniel Maclise (1806-1870), with whom he sometimes shared a house in Bloomsbury and Chelsea when they were both in London. Joseph was both a professional surgeon and artist, illustrating a number of medical texts. 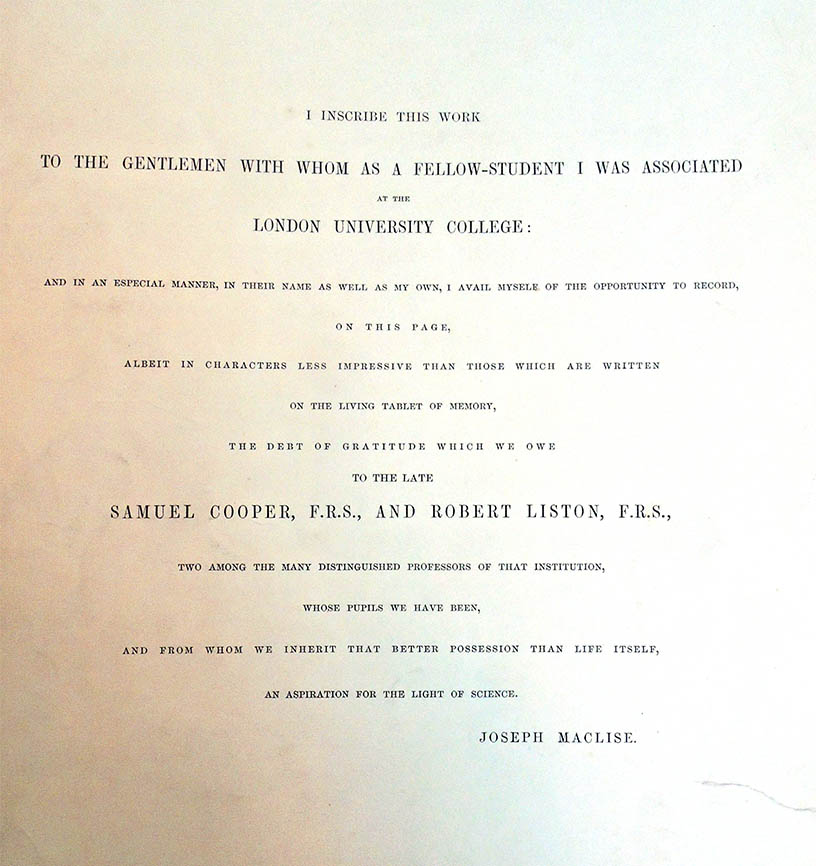 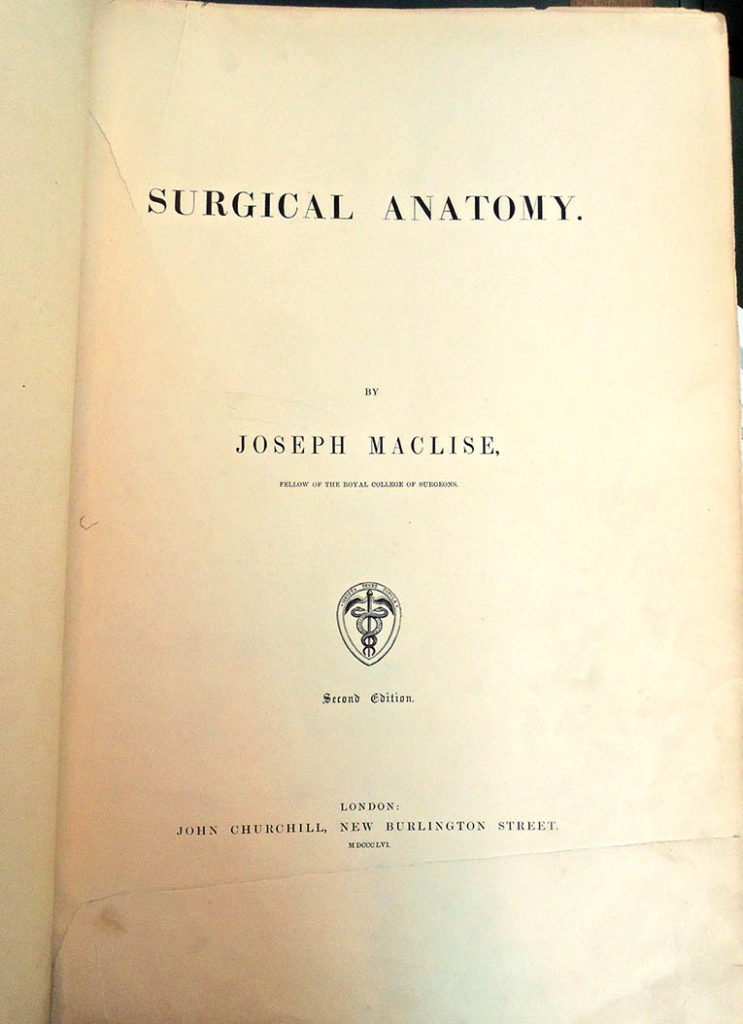