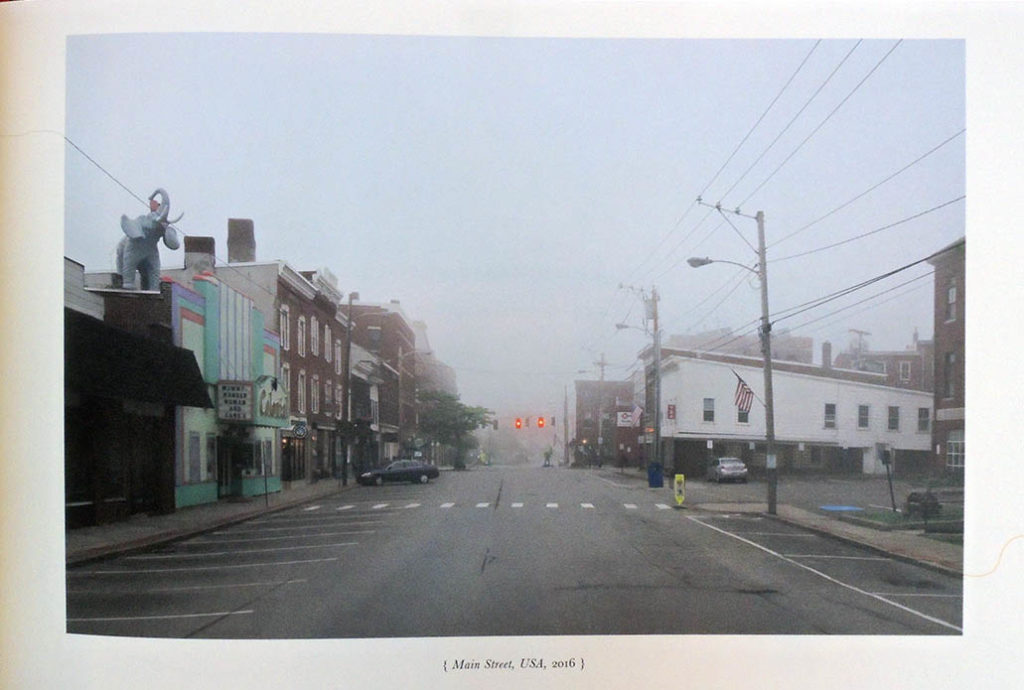 The Graphic Arts Collection recently acquired Boundaries, a collaborative project between presidential inaugural poet Richard Blanco and contemporary landscape photographer Jacob Bond Hessler. The project was first presented at the Coral Gables Museum, Florida, in Fall 2017 where the exhibition was accompanied by a limited edition book published by Two Ponds Press in an edition of 300. 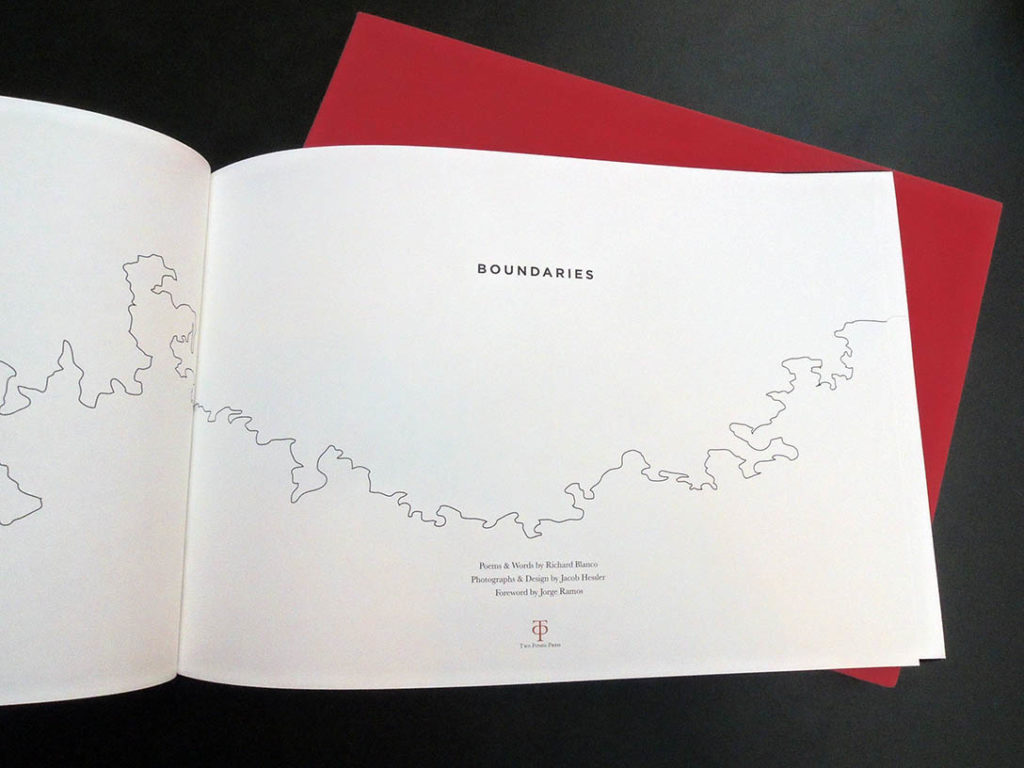 “Blanco’s poems and Hessler’s photographs together investigate the visible and invisible boundaries of race, gender, class, and ethnicity, among many others. Boundaries challenges the physical, imagined, and psychological dividing lines—both historic and current—that shadow America and perpetuate an us vs. them mindset by inciting irrational fears, hate, and prejudice.

In contrast to the current narrowing definition of an America with very clear-cut boundaries, Blanco and Hessler cross and erase borders. As artists, they tear down barriers to understanding by pushing boundaries and exposing them for what they truly are—fabrications for the sake of manifesting power and oppression pitted against our hopes of indeed becoming a boundary-less nation in a boundary-less world.” 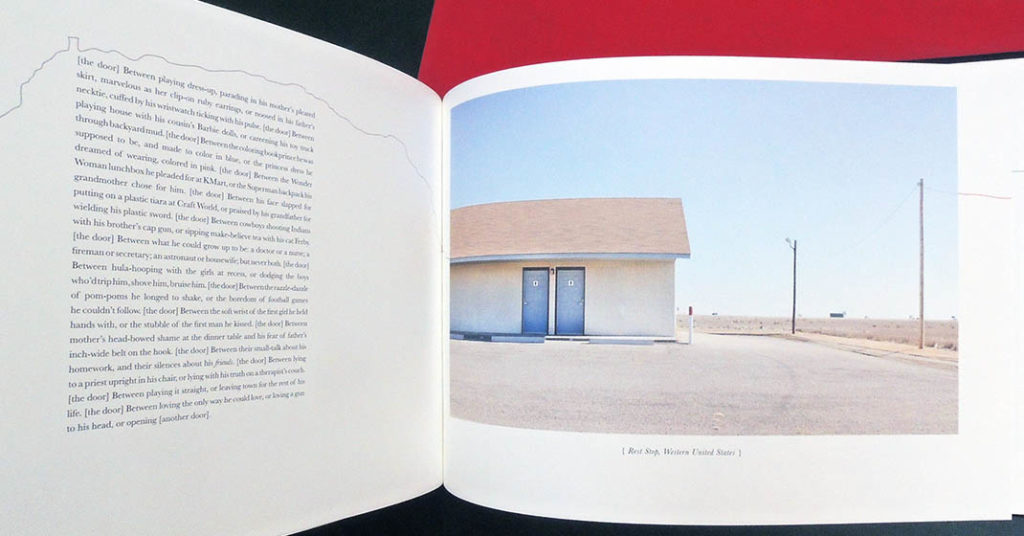 Jacob Hessler is a fine art photographer specializing in the contemporary landscape. He is a graduate of the Brooks Institute of Photography, Santa Barbara, CA, and attended Parsons, The New School for Design, NYC. He lives in Camden, ME, and is represented by Dowling Walsh Gallery, Rockland, ME.

Richard Blanco is the fifth presidential inaugural poet in U.S. history—the youngest, first Latino, immigrant, and gay person to serve in such a role. Born in Madrid to Cuban exiled parents and raised in Miami, the negotiation of cultural identity and place characterize his body of work. In 2015, the Academy of American Poets named him its first Education Ambassador. Blanco lives in Bethel, ME. 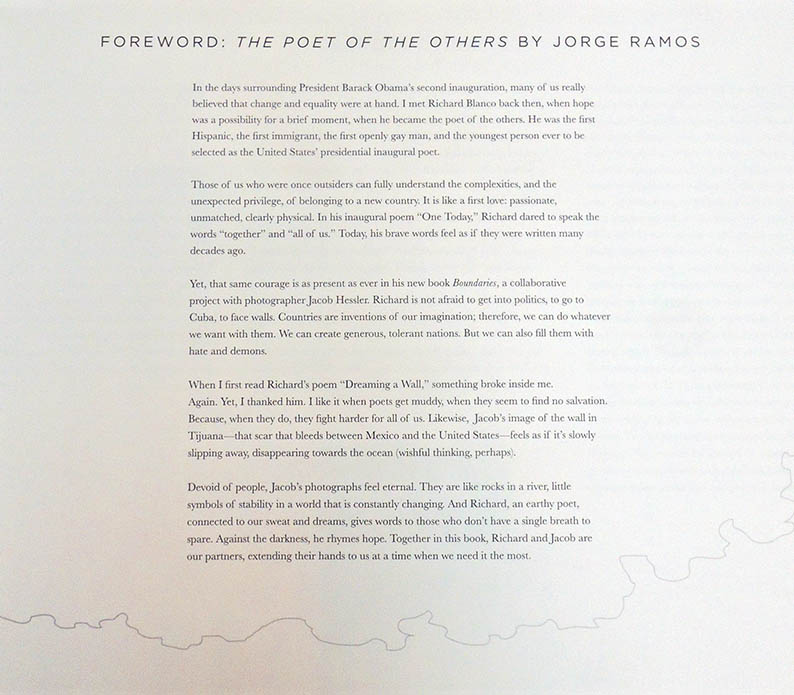 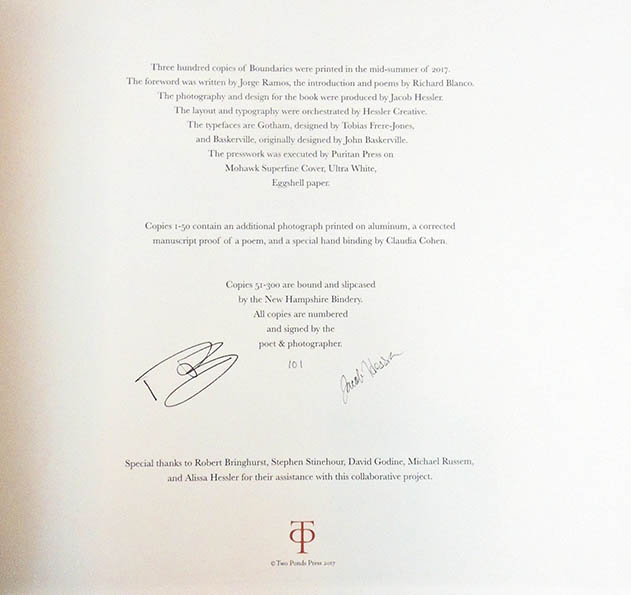