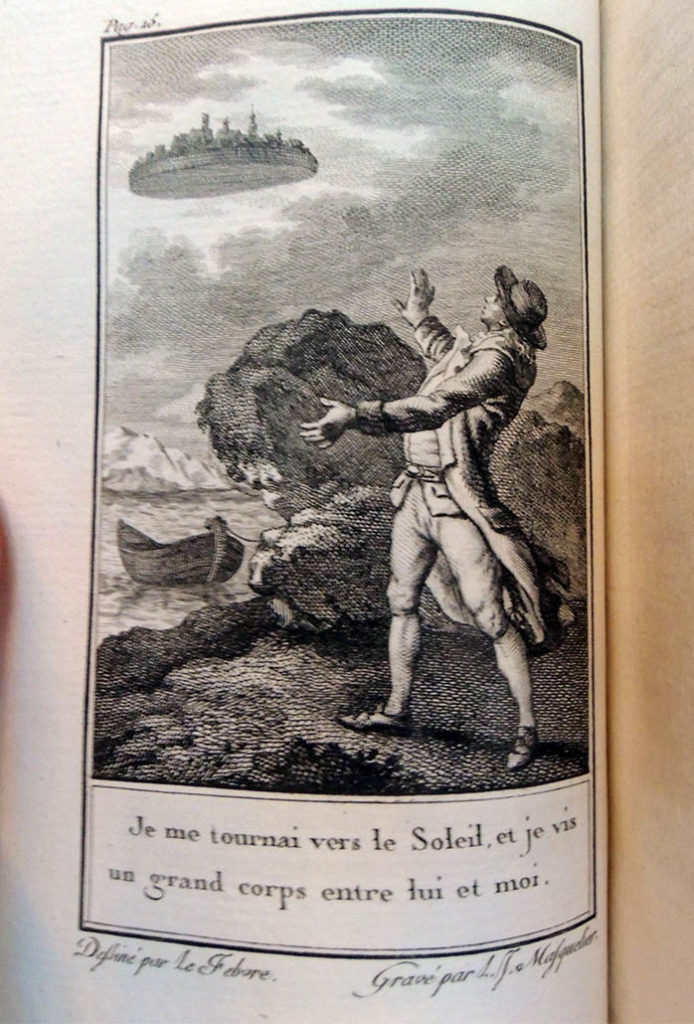 In 1797, Pierre Didot (1761-1753), the most esteemed printer of his day, commissioned a series of illustrations for Jonathan Swift’s Gulliver’s Travels, from the French artist Louis-Joseph Lefèvre (1756-1830).  Abbé Pierre François Guyot Desfontaines’ French translation was used and the designs engraved by Louis-Joseph Masquelier (1741-1811).

Didot’s brother, Firmin Didot cut the type and the book was bound by René Simier, Relieur du Roi, in four small volumes, each representing one of Gulliver’s trips. The book was printed in two issues, one for Didot himself and the one acquired by Princeton for Pierre-François Bleuet jeune, in an edition of 100. 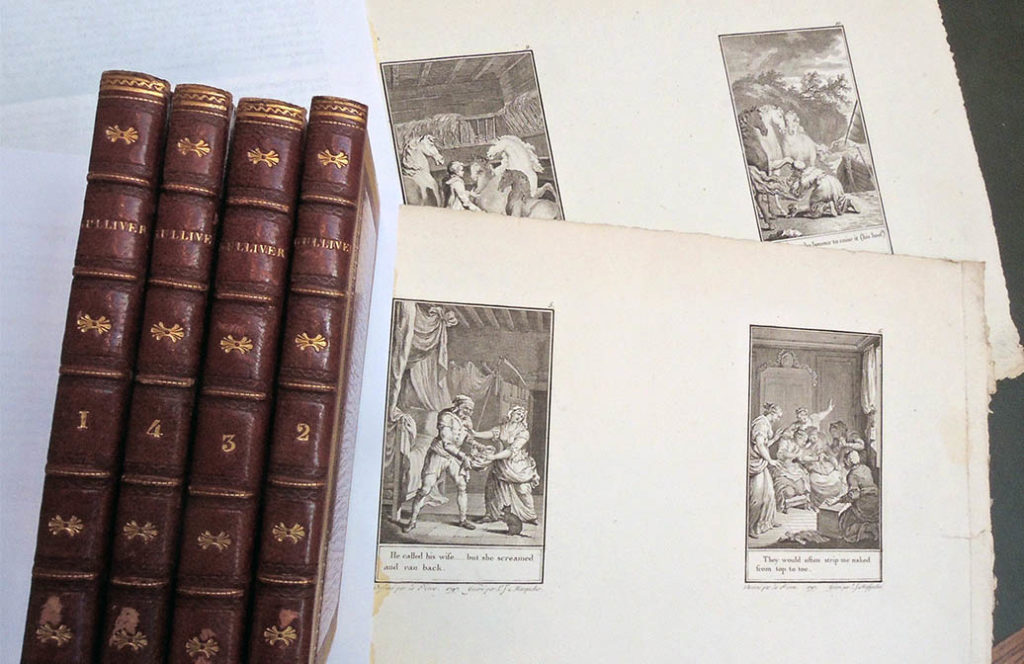 Although there is no English language edition recorded from Didot’s press with the Lefèvre illustrations, one might have been planned since several sheets of proofs with the captions in English have been found in the Graphic Arts Collection. Note special trouble was taken to add the date, 1797, at the center of each caption.

These should not be confused with the 1797 English language edition published by Charles Cooke, which has very different plates by W. Hawkins (active 1797-1803) after Richard Corbould (1757-1831) [seen at the far bottom]. 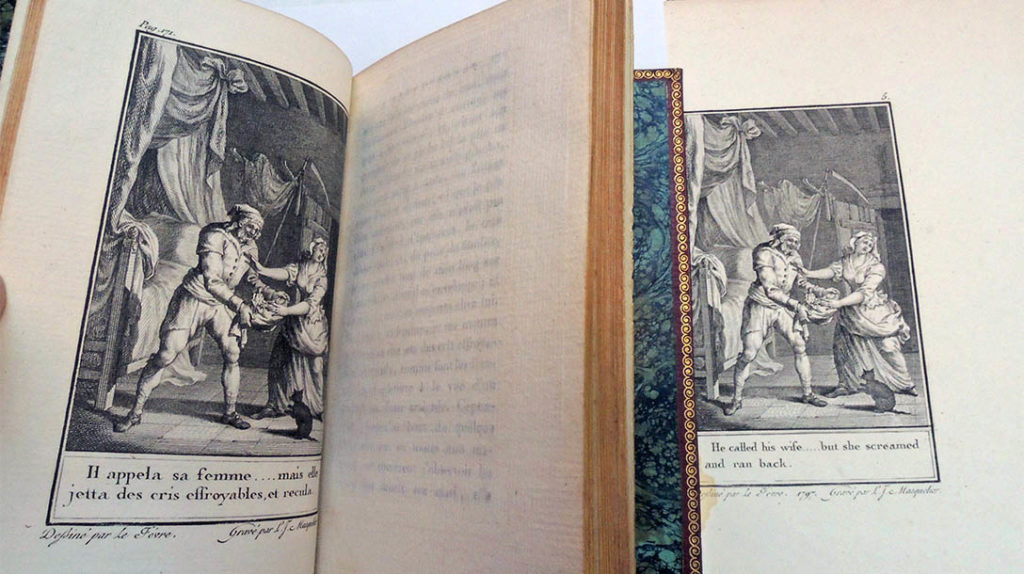 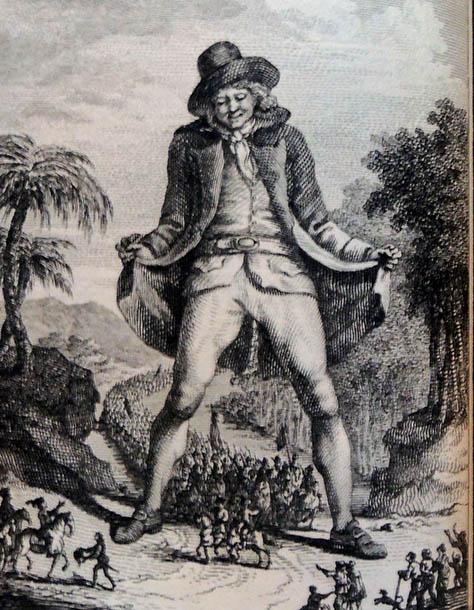 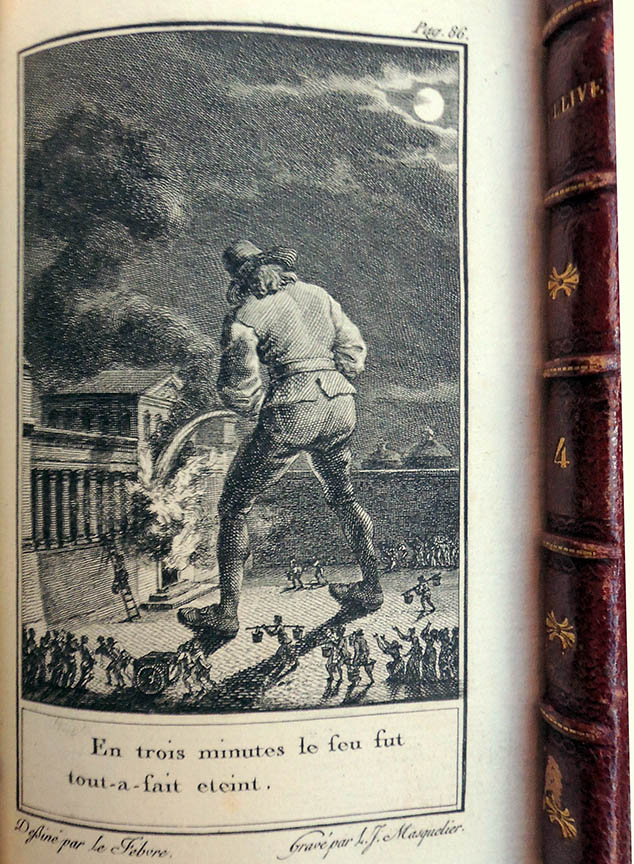 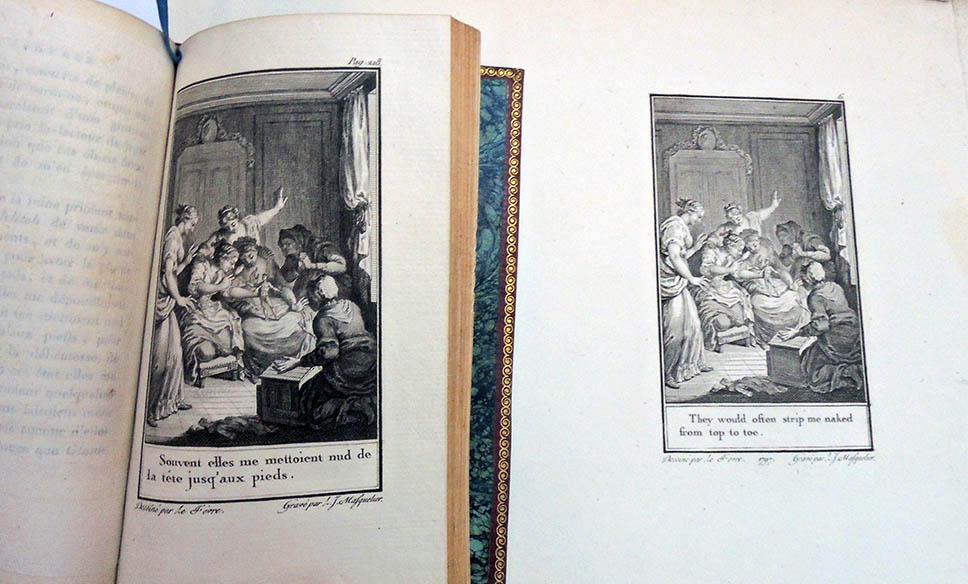 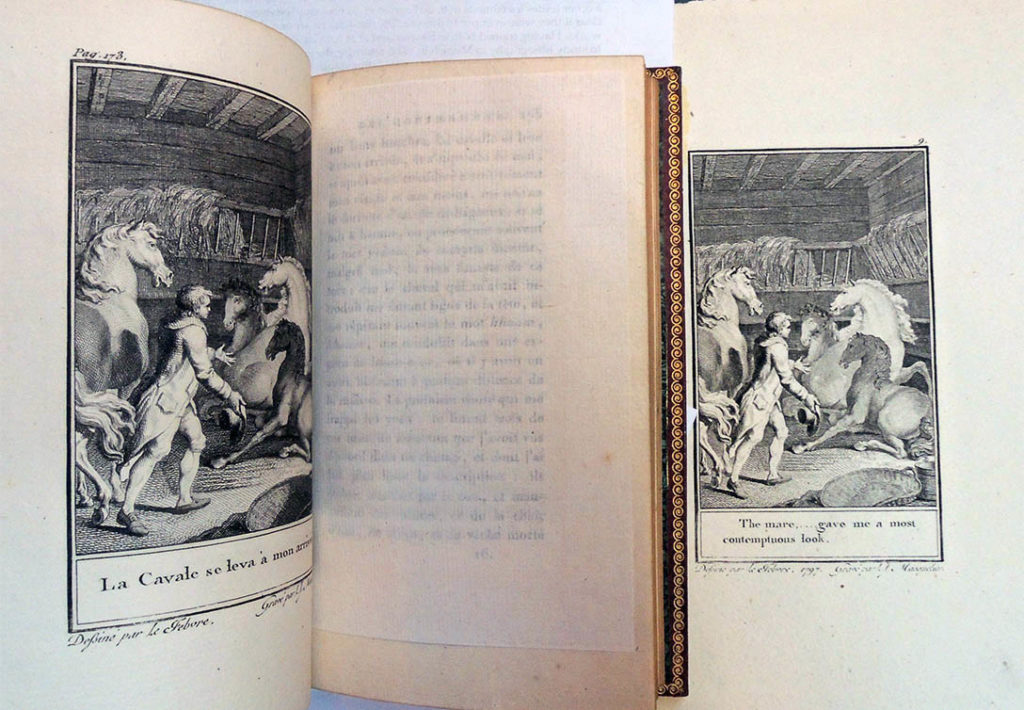 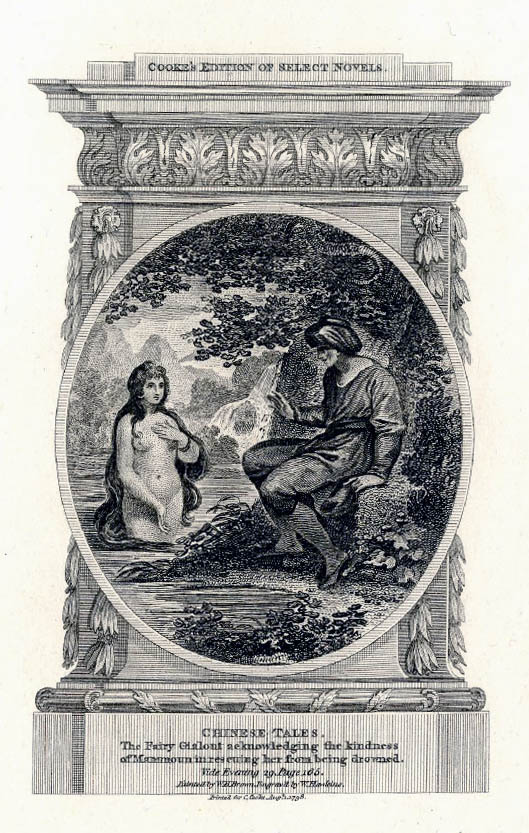