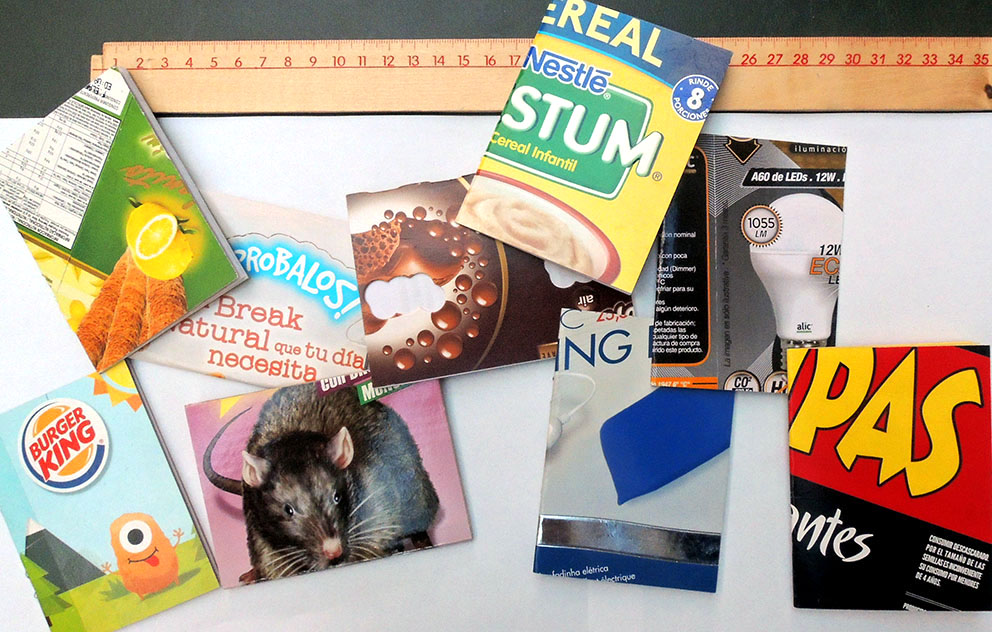 Although you will not find any listed in OCLC, the Argentine books edited, constructed, and published by Carlos Ríos through his imprint Oficina Perambulante are numerous. Their format is consistent: each volume 10 x 7 cm, 16 pages, and a cardboard cover from found materials. Don’t look for them in the bookstores around Buenos Aires or elsewhere, Ríos prefers to sell (or give) them directly from his backpack. Where he is, there are his books.

Here is a small section of a conversation between Luciana Caamaño and Carlos Ríos (loosely translated to English):
LC: How did the Oficina Perambulante come about?
CR: A long time ago I was playing with some formats, after Ediciones el Broche, my first editorial experience. I really like editorial work. The Oficina Perambulante emerged as a need to edit and also make books. . . . every person who writes should have to go through the experience of making books, their own books. 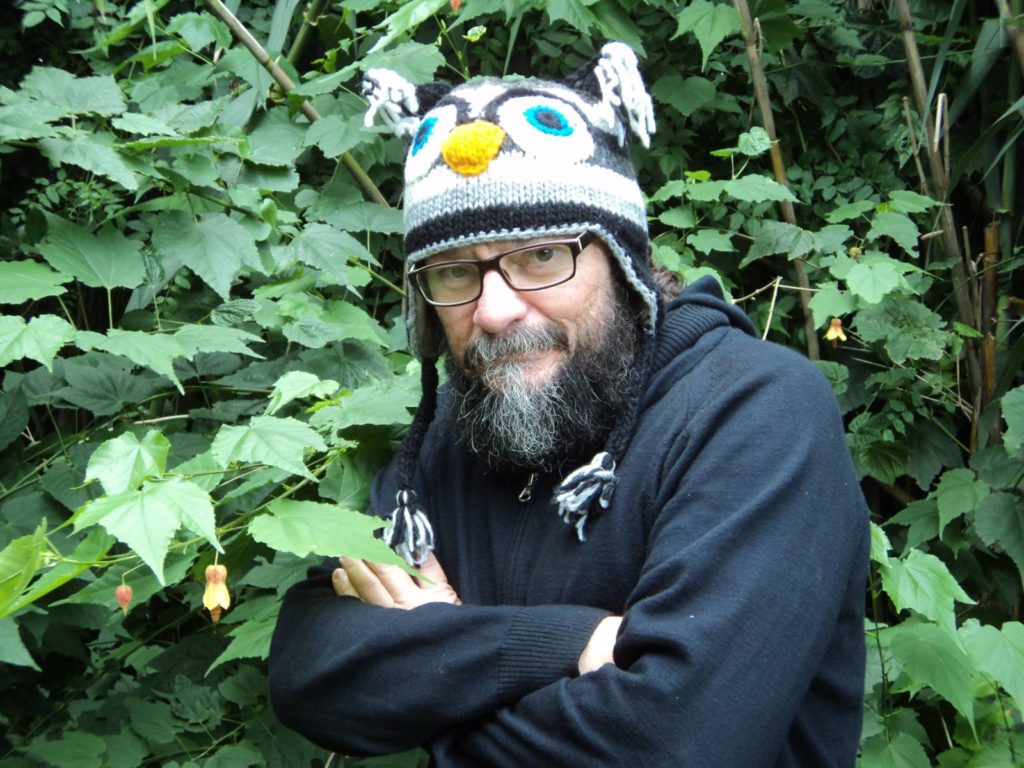 I am very concerned about the price of books, people can’t afford to buy them because they need that money for other things. I make inexpensive booklets that can be bought by anyone. In addition these books have an exceptional character. I lost count of the number of copies I made.

It is a press I carry with me, I can load the items to make the books and make them anywhere; As I walk through the streets, I gather cardboard for the covers of the books, the glossy American cardboard. It is a space of maximum freedom, writing a story in the morning and by night the book is ready to be released. . . The books are with me, carried in my backpack, and if I am not there, there are no books. I tried leaving some in bookstores but it doesn’t work, it works with me, sold where I am.
— https://www.eternacadencia.com.ar/blog/contenidos-originales/entrevistas/item/la-perfeccion-tambien-aburre.html 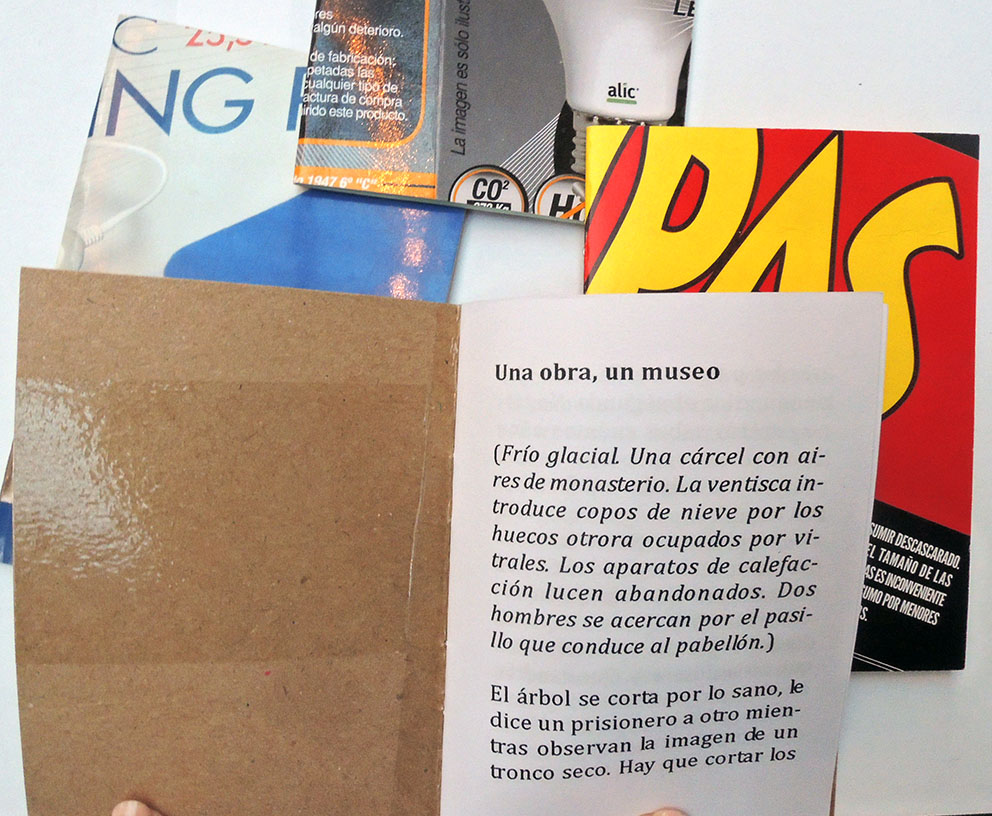 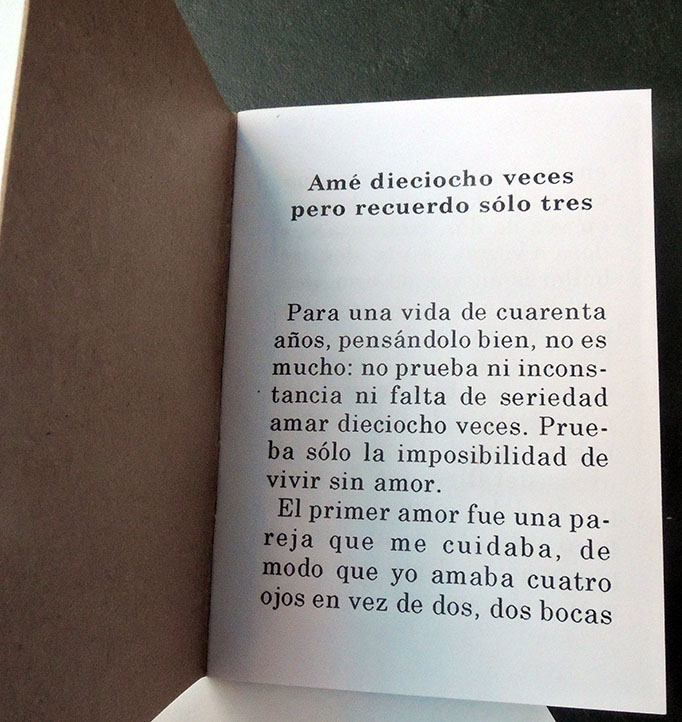 Many more are listed online: http://catalog.princeton.edu