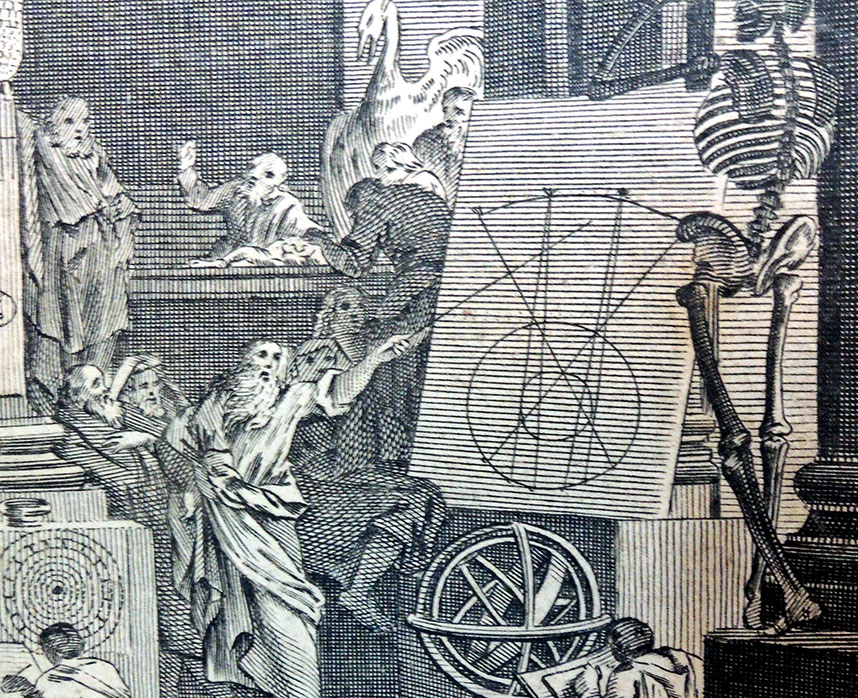 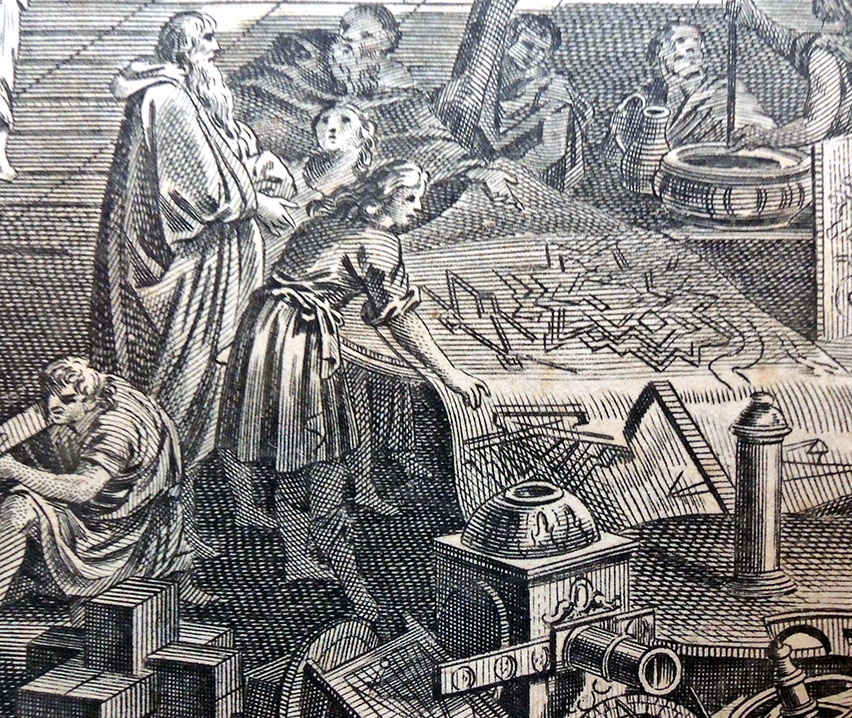 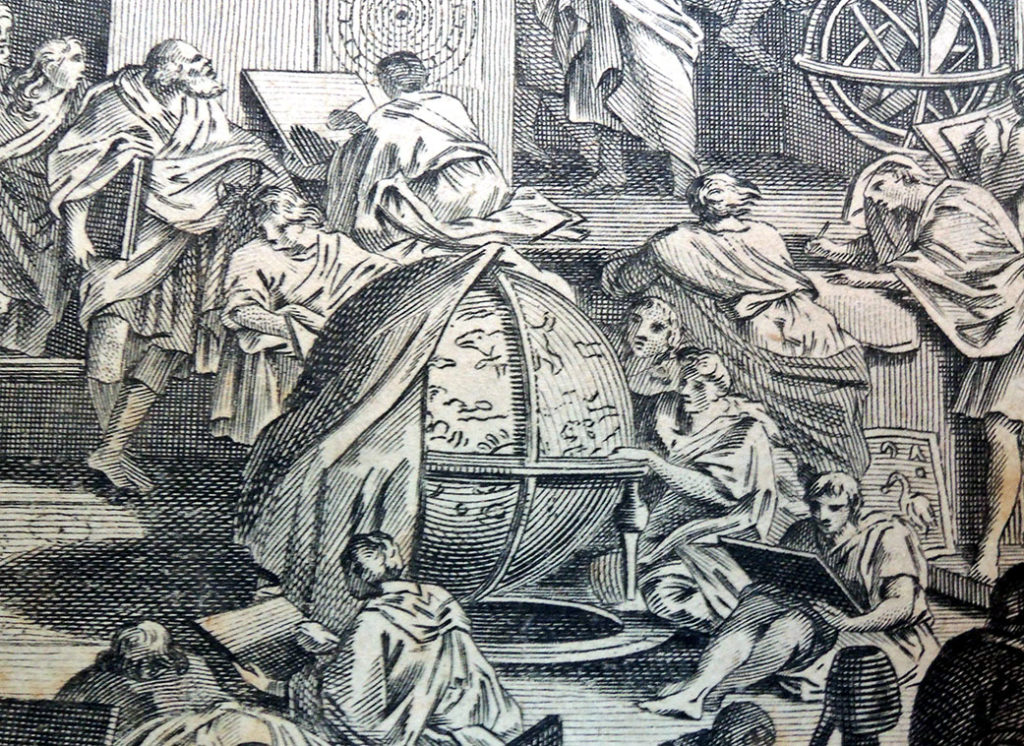 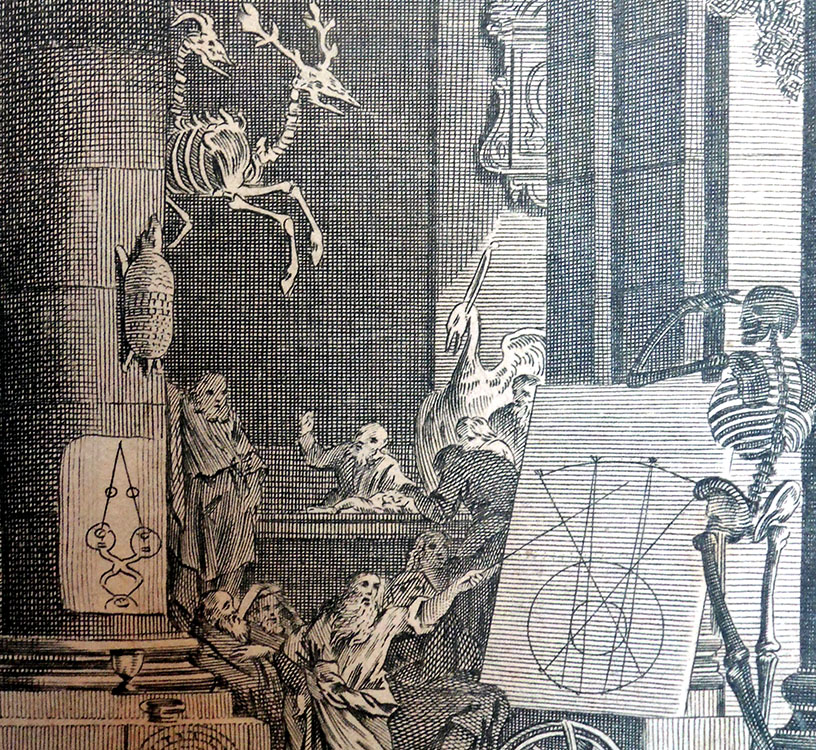 162 figures have been counted in this monumental engraving composed by Charles LeClerc I and dedicated to Louis XIV. The print has been revised and reused many times, this impression for the 1788 New Royal Encyclopædia. It found its way to Princeton in the Harold Fowler McCormick Collection of Aeronautica assembled by Harold Fowler McCormick, Class of 1896, and given to the library by Alexander Stillman.  See more: Maurice H. Smith, “Travel by Air before 1900,” Princeton University Library Chronicle 27 (1966), pp. 143-147 [ full text], 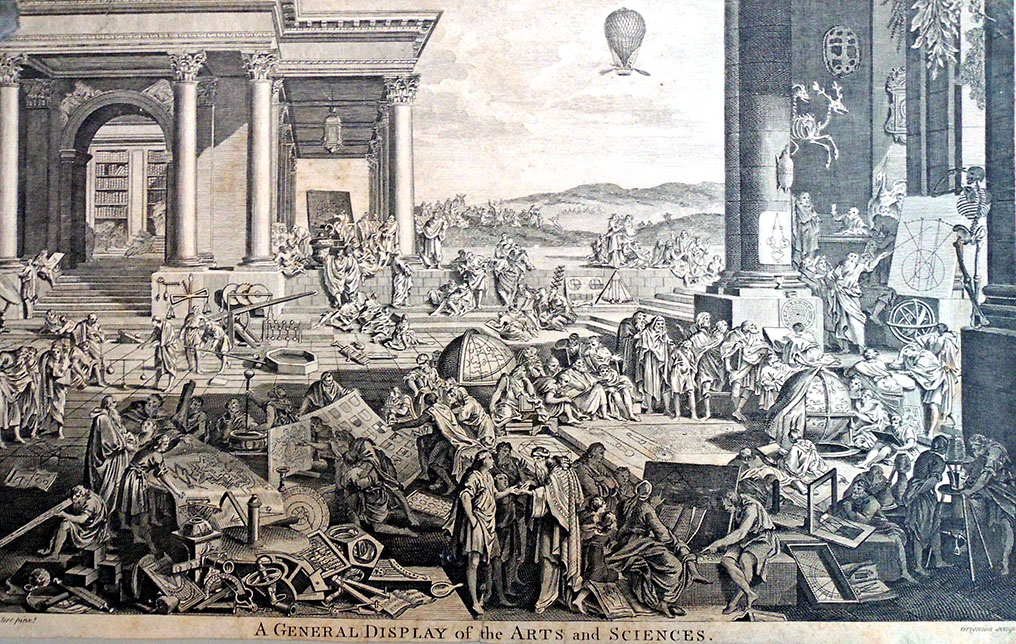 Charles Grignion (1721-1810) after Sébastien LeClerc (1637-1714), A General Display of the Arts and Sciences, no date. Engraved frontispiece to volume one of William Henry Hall (died 1807), The New Royal Encyclopædia; or, Complete Modern Dictionary of Arts and Sciences, on an improved plan. Containing a new, universal, accurate, and copious display of the whole theory and practice of the liberal and mechanical arts, and all the respective sciences, ... In three volumes…. assisted by other learned and ingenious gentlemen (London: printed for C. Cooke, [1788]).

This was a revision of Le Clerc’s earlier engraving: 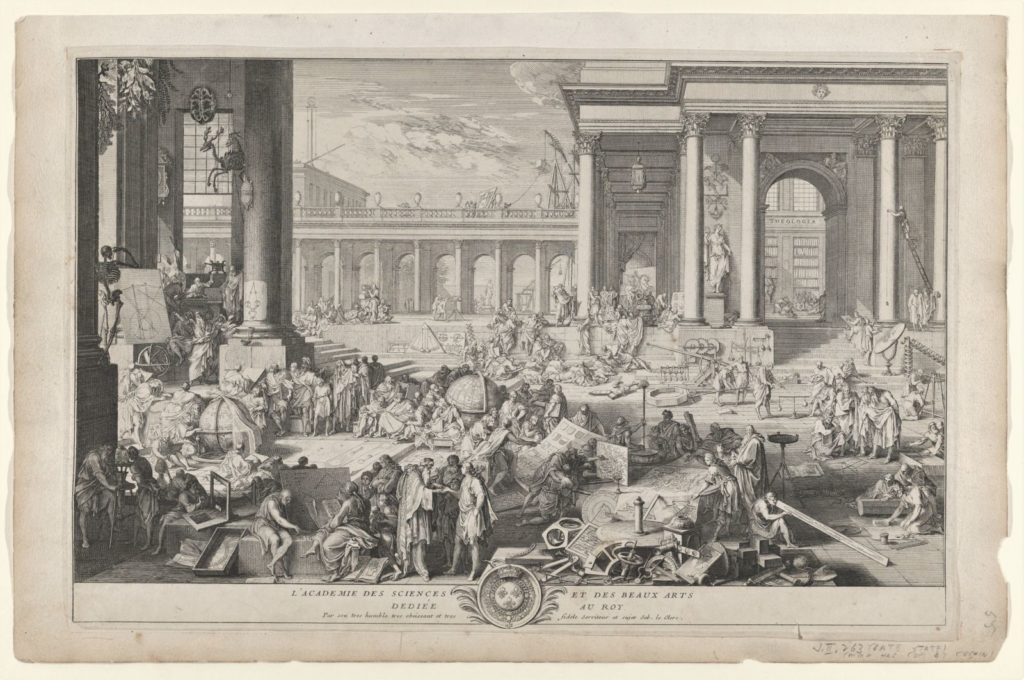 After the original pen and ink study: 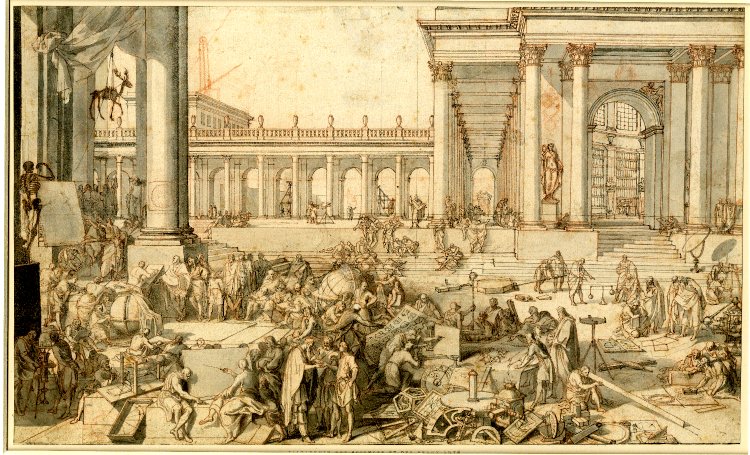 Sébastien Leclerc I (1637-1714), The Academy of Sciences and Fine Arts, pen and black and grey ink, with grey wash, over red chalk, on two joined pieces of paper, with many smaller pieces inlaid and overlaid, ca. 1698. British Museum