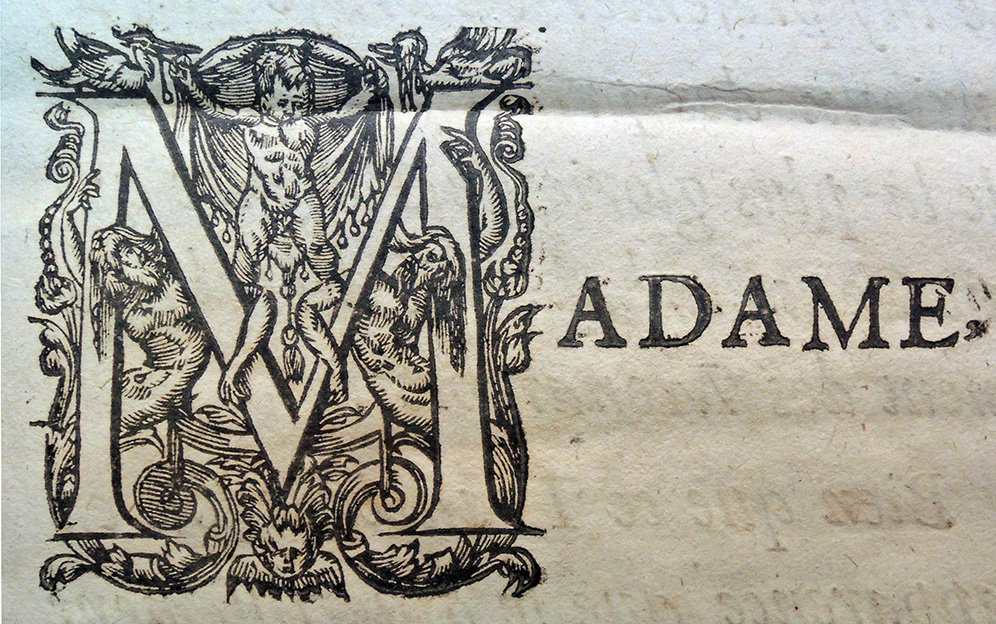 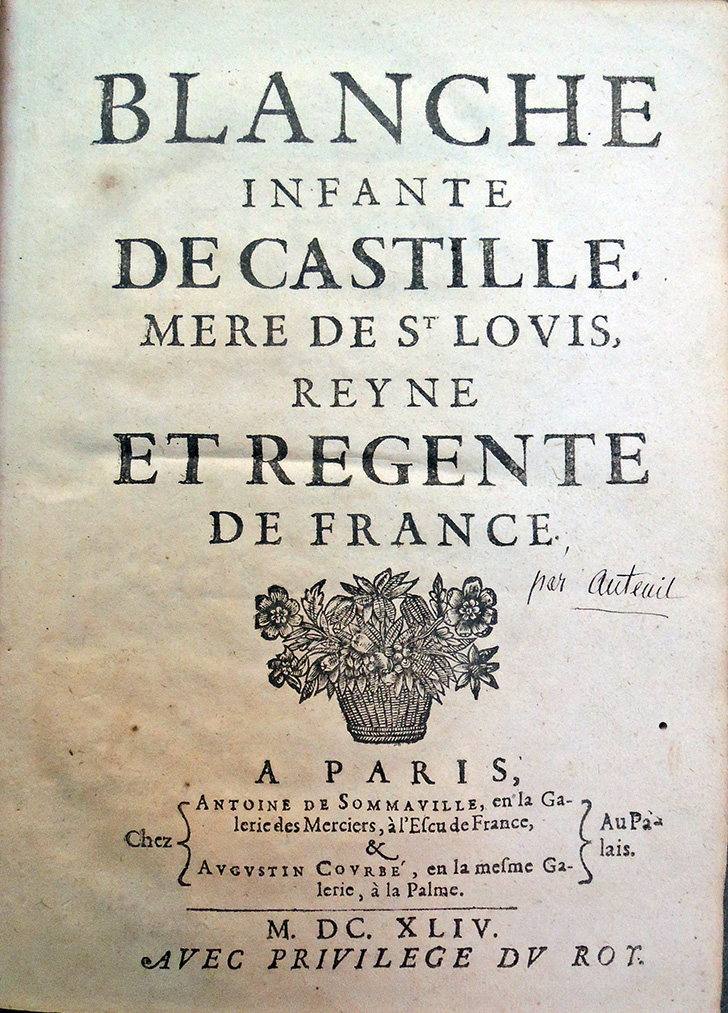 In the year 1200, the twelve-year-old Prince Louis of France was married to Blanca de Castilla, then aged eleven. Her grandmother, Eleanor of Aquitaine, traveled to Castile in order to accompany her granddaughter to the wedding. Twice regent of France, Blanche reigned for some eight years between 1226 and 1234, when her son, Louis IX, came of age and again from 1248 to 1252 when her son went away on Crusade.

Dealer’s note:
Only edition of this feminist life of the virago Queen Blanche of Castile (1188-1252). She raised three armies to defend France, assembled two fleets to invade England, suppressed internal revolts, negotiated with hostile powers, exchanged territory to political advantage, secured the throne for her son Louis IX through diplomacy and force, governed France while he led the Seventh Crusade, patronized the arts, collected books, and protected the Jews. In his opening essay, Combault (1588-1670) advocates women as heads of state. 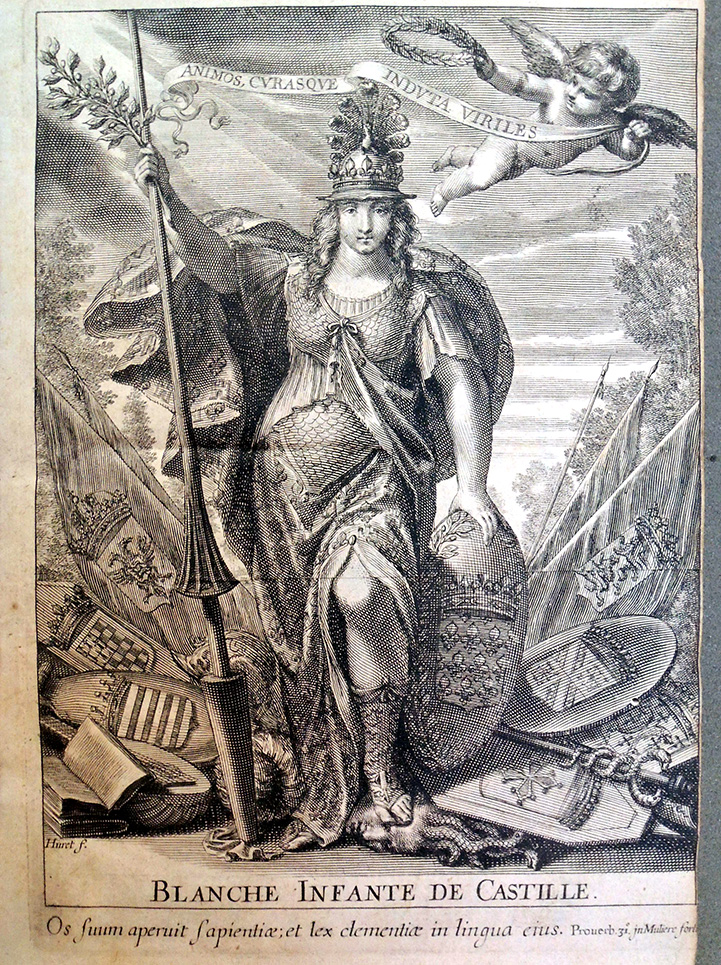 Proverbs 31:26 phe os suum aperuit sapientiae et lex clementiae in lingua eius = She speaks with wisdom, and faithful instruction is on her tongue 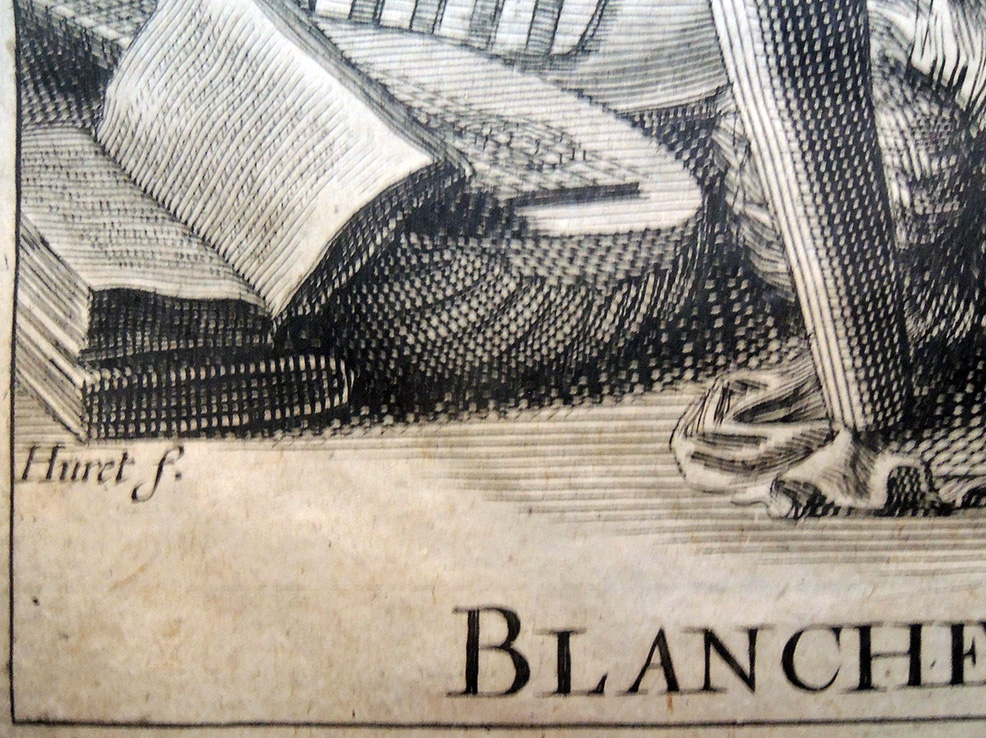 This marvelous frontispiece was designed by the French artist Grégoire Huret.

Kirsti Andersen, The Geometry of an Art (2008) writes “The draughtsman and engraver Grégoire Huret (1610-1670)-—an academician who was also close to the king—-took over Bosse’s lectures at the Royal Academy of Painting and Sculpture… . In 1670, Huret published Optique de portraiture et peinture (Optics of Portraying and Painting) in which he expressed great concern about the state of the art, particularly criticizing Bosse’s book from 1665 and previous publications on Desargues’s method.” 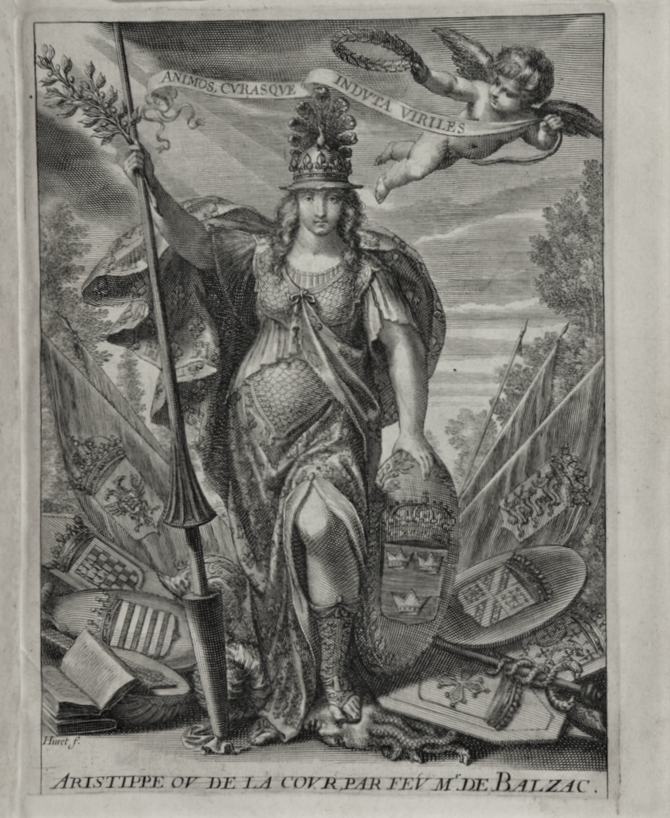 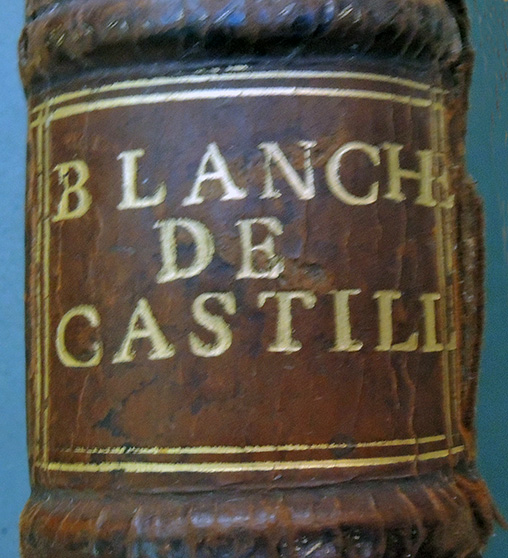 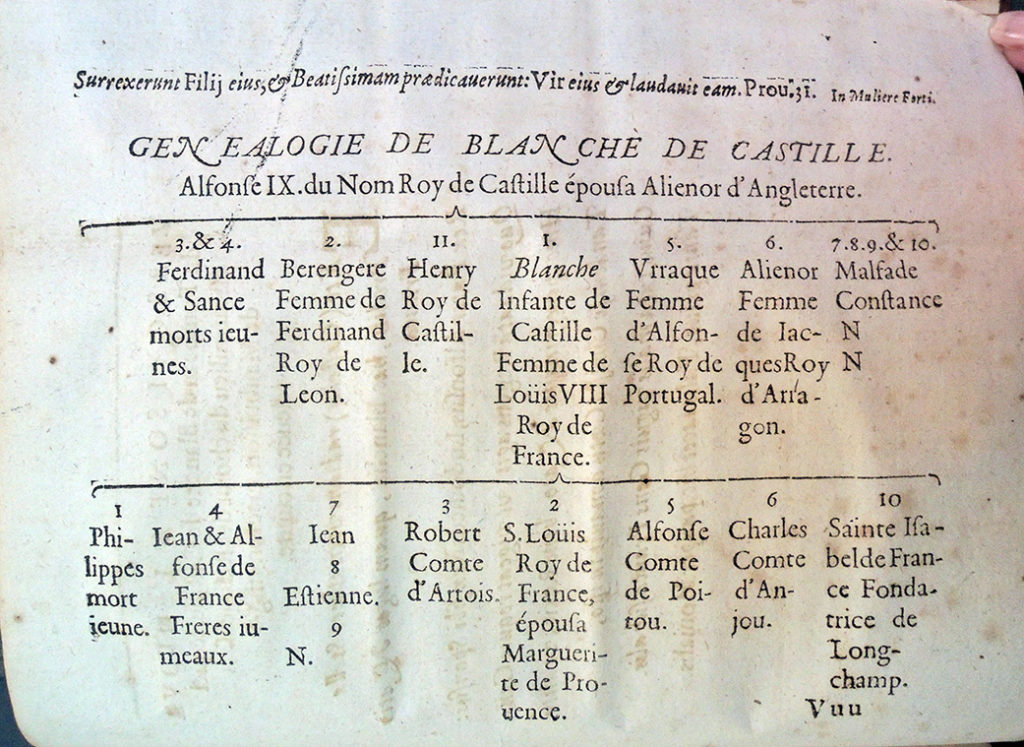 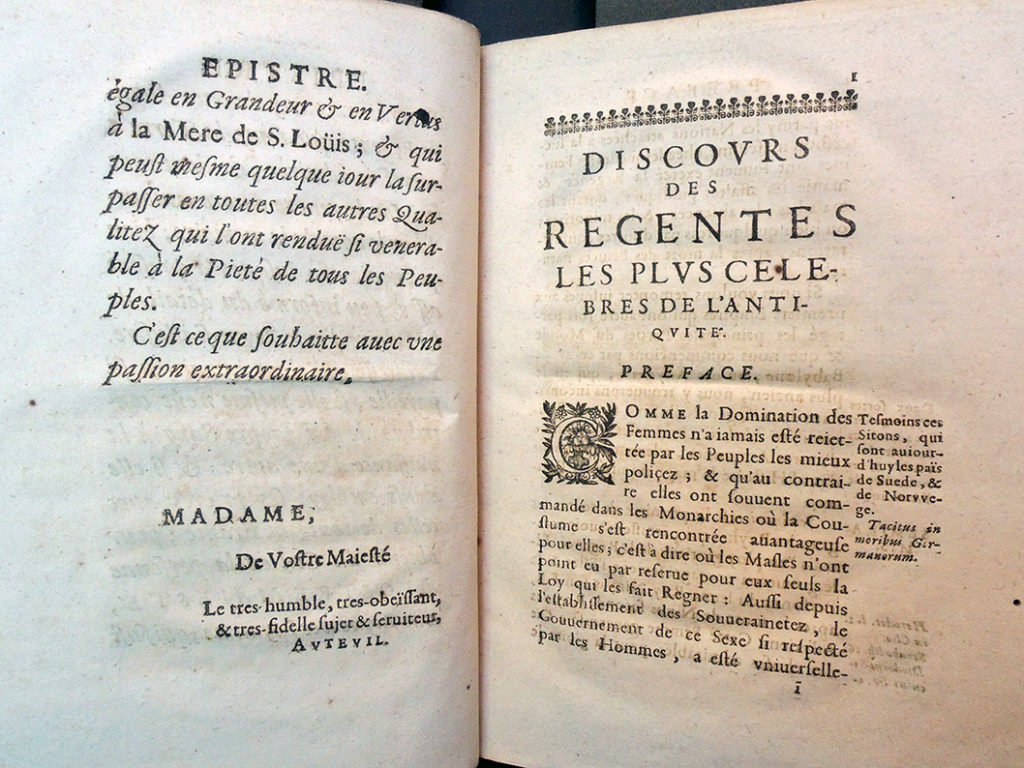 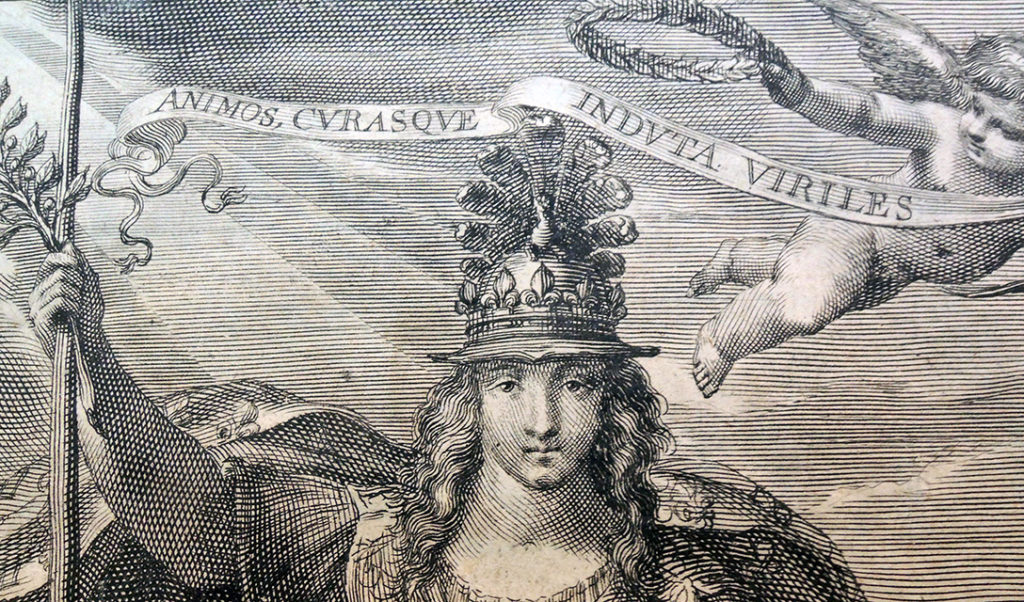