To theovadēston oros tou Sēna ([Place of publication not identified] : [publisher not identified], 1699). Hand colored woodcut, 30.2 x 34.5 cm sheet 34.6 x 45.2 cm. Gift of Theodore Theodorou to the Program in Hellenic Studies for the Princeton University Library, in honor of the 40th anniversary of Hellenic Studies at Princeton. Graphic Arts Collection GAX 2019- in process

The Graphic Arts Collection recently acquired two prints thanks to the Program in Hellenic Studies with the support of the Stanley J. Seeger Hellenic Fund for the gift. Thanks go to Kalliopi Balatsouka for the translation and description of these works on paper.

Inscription in Greek runs from left to right at the upper part of the print: “To theovadēston oros tou Sēna.” Below the main scene, in 6 columns, there is a numbered list (from 1 to 56) of the events taking place in the print. In the last column, inscription in capital letters states: “Cahtzē Kirgēakis / Vourliotis Sēnaitēs / eneti – 1699: minē Iouliou.” In the far right, next to the last column, there is another tiny column with the inscription: “Hiero/mo/nach/ou Dio/nē/si(ou) hē … .” At the right corner below the main scene, a four-line inscription in Slavonic (?) is enclosed by a roughly square frame: “Hierodiakon Nikodēm … .”

This paper icon depicts a bird’s-eye view of Mount Sinai, including 56 scenes. The main composition of the print represents the Saint Catherine Monastery, the dormition of Saint Catherine, and Moses receiving God’s Law on Mount Sinai, divided into two symmetrical parts. To the upper left, predominates a scene of the Old Testament where Moses, according to the Book of Exodus, ascended Mount Sinai to receive the Tables of Law. To the upper right, a scene of New Testament, shows winged angels transporting the relic of the Great Martyr Saint Catherine from Alexandria, Egypt, to the highest mountain, now called Mount Saint Catherine, next to Mount Sinai, while a dove who carries a ring in his beak flys away from the Mountain.

Also acquired, thanks to a gift of the Program in Hellenic Studies with the support of the Stanley J. Seeger Hellenic Fund is the print below: 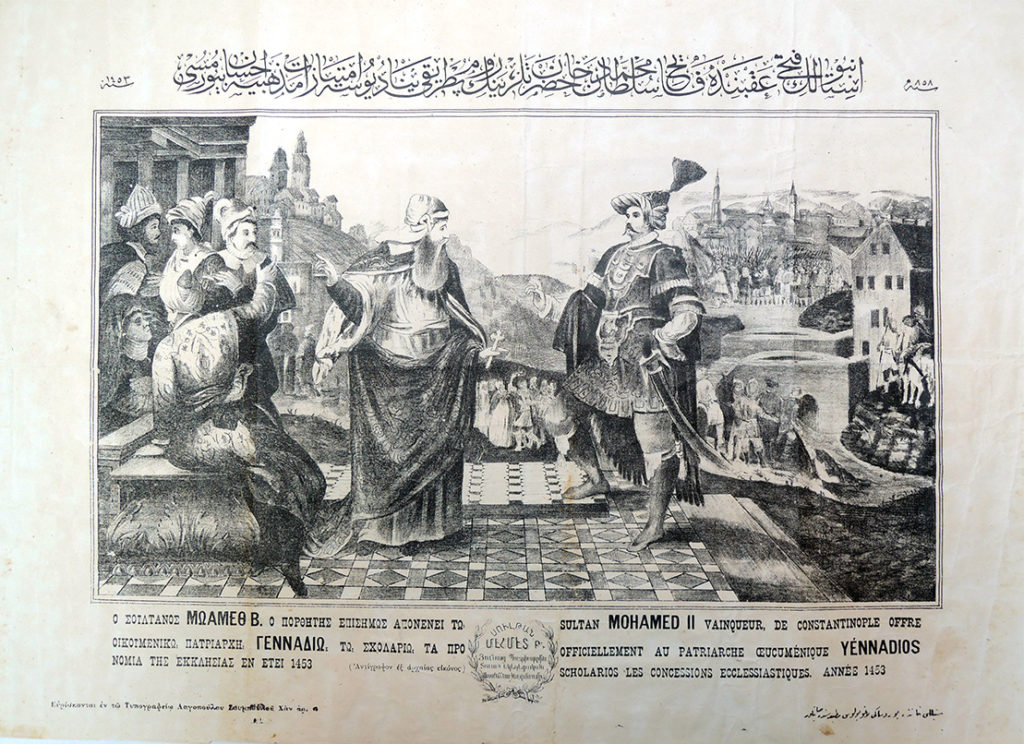 [Patriarch Gennadius II Scholarius and Sultan Mehmed II]. Text in Modern Greek, French, and Armenian ([Place of publication not identified] : [publisher not identified], between 1901-1929. Lithograph. Gift of the Program in Hellenic Studies with the support of the Stanley J. Seeger Hellenic Fund. Graphic Arts Collection GAX 2019- in process. 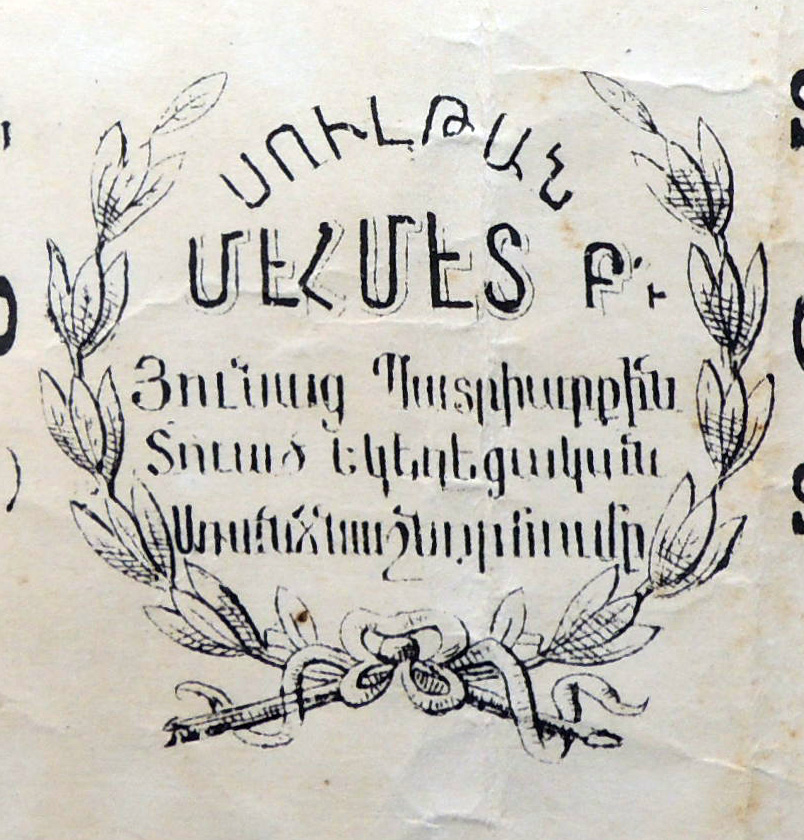 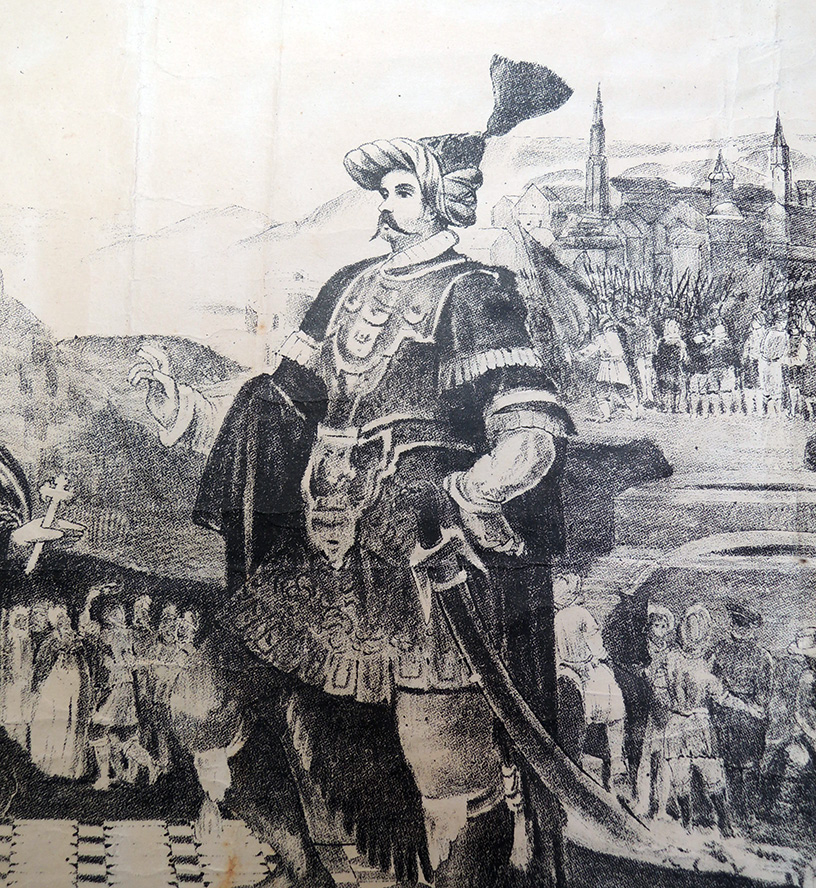