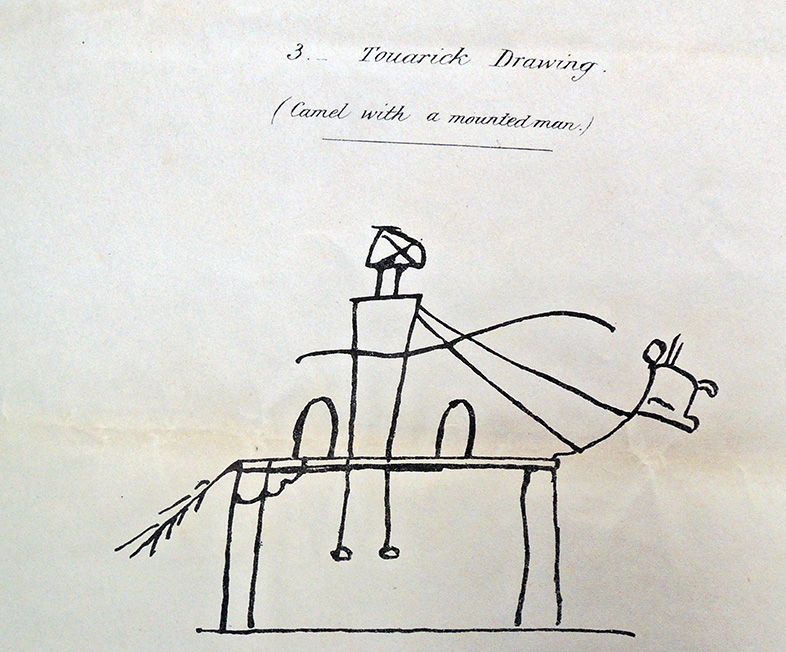 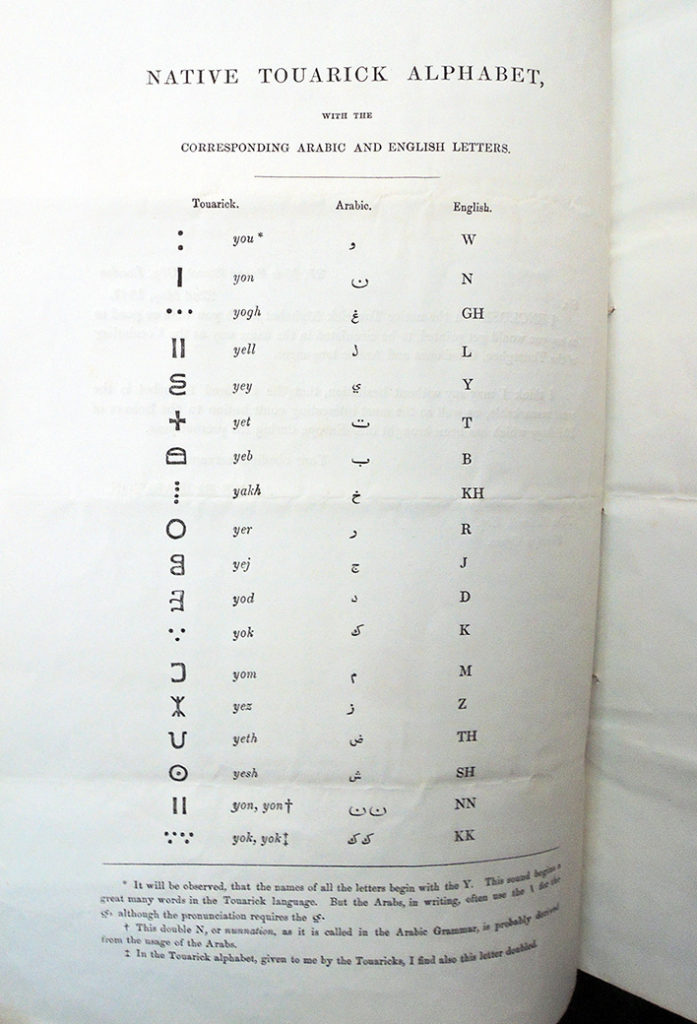 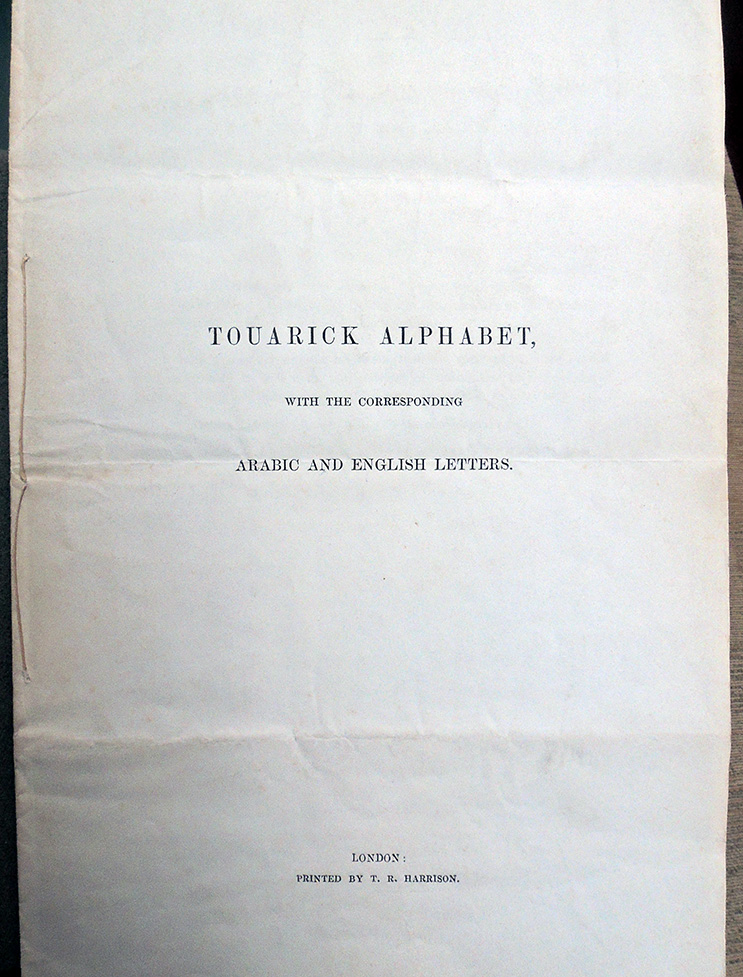 Dealer’s note: “This rare pamphlet is prefaced with a note from Richardson to John Bidwell at the Foreign Office. “I think I may say without hesitation, that the enclosed Alphabet is the most remarkable, as well as the most interesting contribution to the Science of Philology which has been brought into Europe during the present year.”

It commences with the Toureg alphabet in column form alongside that of English and Arabic. Richardson states that this alphabet, and how it corresponds to the other two languages, was dictated to him by a Toureg. This is accompanied by Richardson’s observations on the pronunciation of the language and some of its irregularities, and completed with lithographed “Specimens of Touarick Character.” 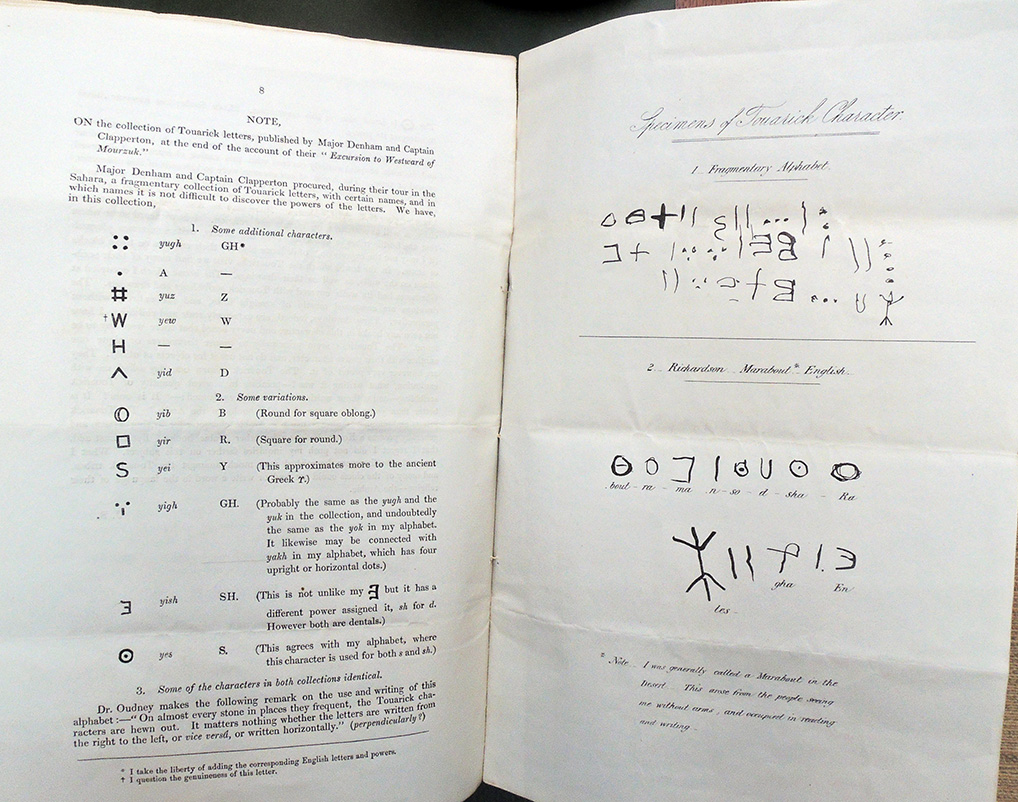 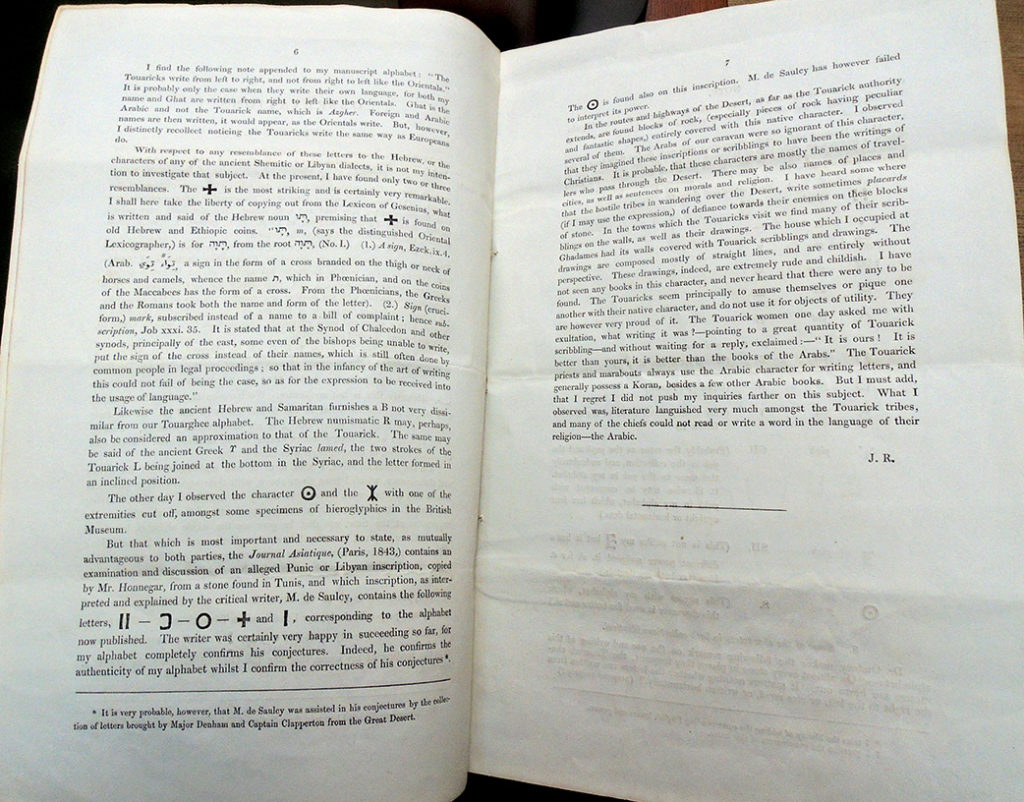 Richardson was born in Lincolnshire. He trained as a missionary and set out for North Africa in 1845. He travelled “openly as a European and a Christian, and headed southwest to Ghadames, where he remained for three months. He then went on to Ghat, where he concentrated on establishing friendly relations with the inhabitants.

He styled himself ‘Consul for the English’, met Sheikh Hatita who had helped Lyon, Clapperton and Laing, and was given presents to take back to Queen Victoria. He also collected much valuable information about Timbuktu, but was warned against undertaking the journey himself. Richardson returned to Tripoli with a caravan of slaves, having spent nearly nine months in the interior, then took a ship for London, arriving in 1846. (Howgego). 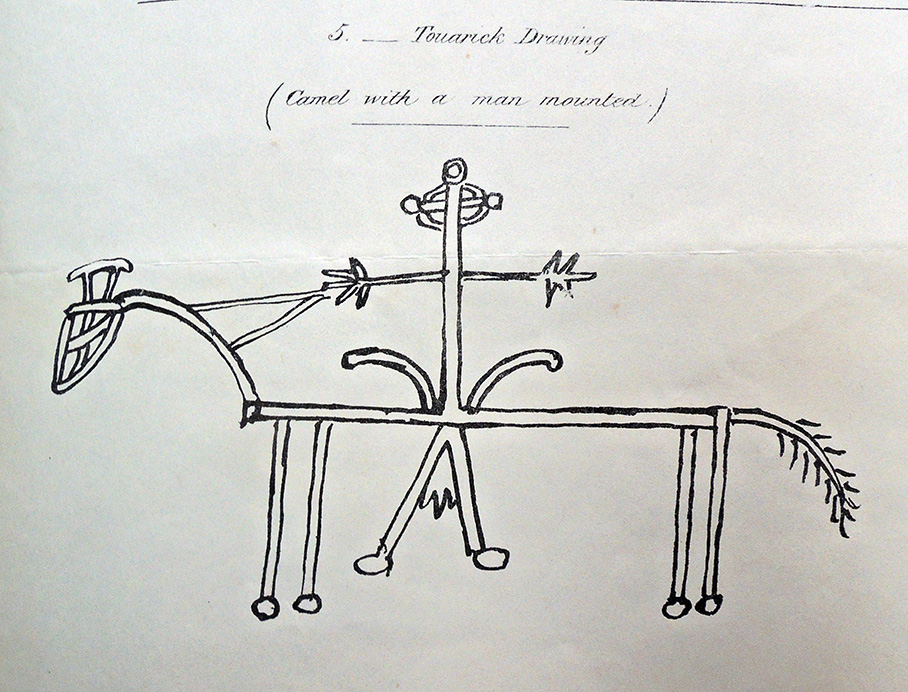