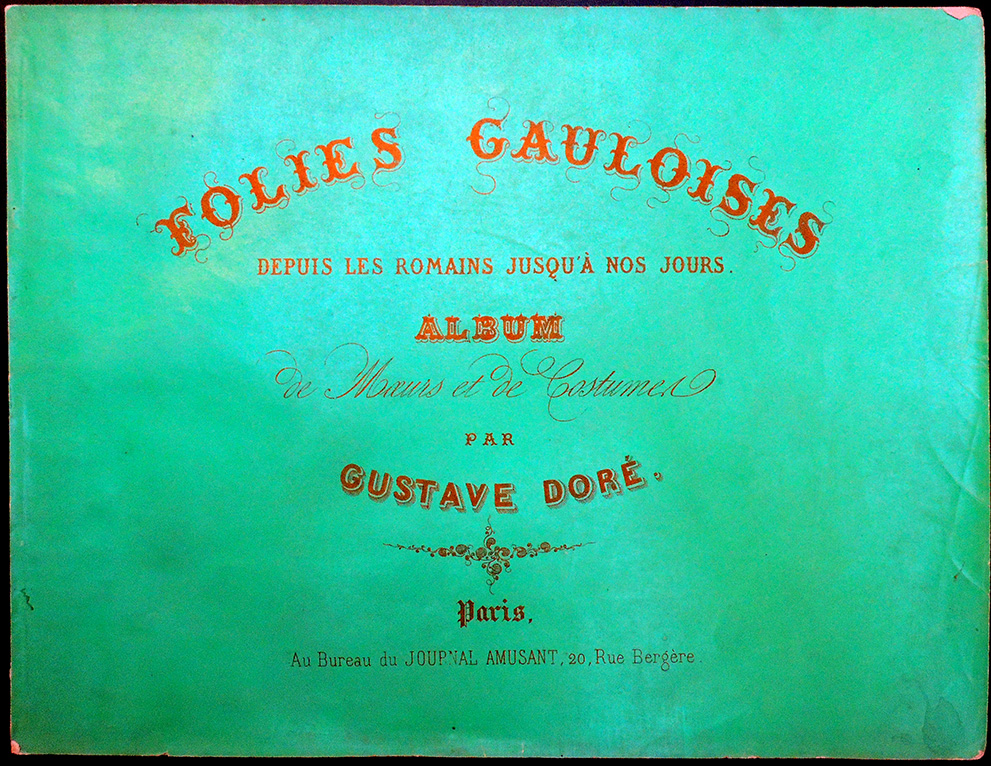 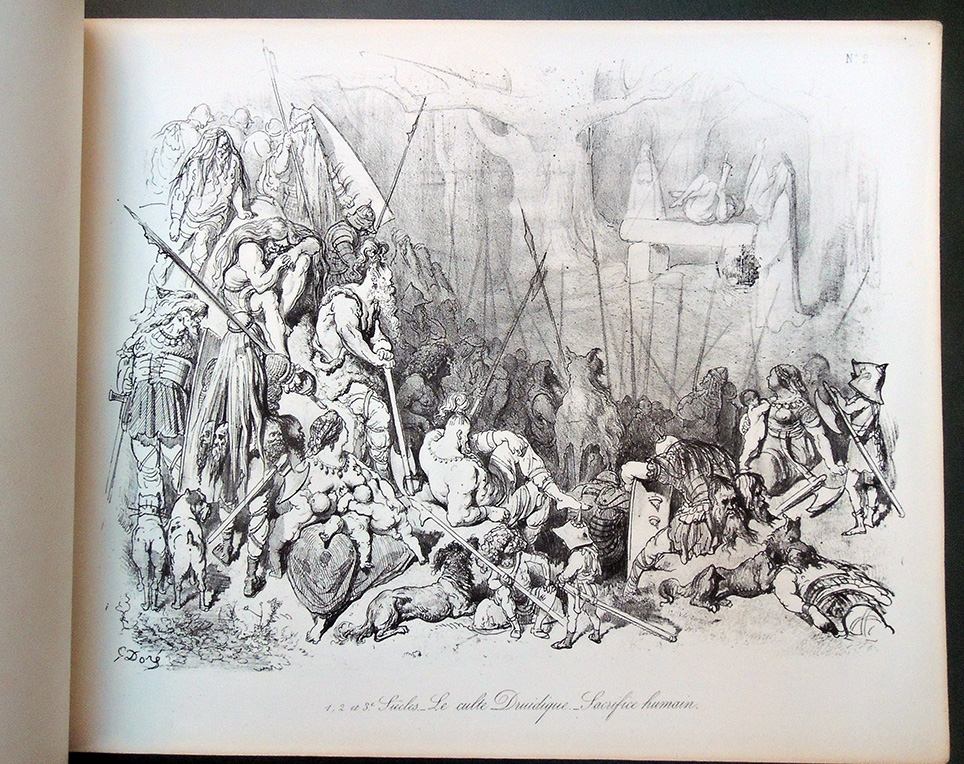 At the age of seventeen Dore composed a very amusing book, called “The Unpleasantnesses of a Pleasure Trip” (” Desagrements d’un voyage d’Agrement”), illustrated with twenty-four lithographs and one hundred and seventy-four drawings. This was brought out at Arnould de Vresse’s, and attained immense popularity….

His next little work was for the Journal Amusant called “Folies Gauloises depuis les Romains jusqu’a’ nos jours. Album des mceurs et des costumes.” This book was no less successful than the preceding ones. Dore worked so quickly that he amazed even his publishers. It sufficed to suggest a notion to him; he forthwith gave it artistic being upon the wood; and while Paris was devouring his latest production, another was already in process of preparation. He seemed possessed by a demon of work, and was the despair of all his contemporaries, who had only one hope, viz., that he would tire of such excessive labour. But they hoped in vain.

He worked for the pleasure of working, never for mere gain. His drawings were only fairly paid for at that time; indeed he produced them with such marvellous facility that he was oftener under-paid than not. Publishers readily saw how little effort production was to the gifted lad, and were not slow to make capital out of his very quickness. He absolutely flooded the market with his work. Perhaps this was unwise. “But one paramount idea beset him,” said M. Lacroix, “to be constantly at work and constantly before the public. When his sketches were not accepted and paid for, he often gave them away, in order to be able to say, ‘So-and-so is my publisher.’ For a time he literally depreciated the value of his own labour by the enormous prodigality of his pencil.”
–Blanche Roosevelt, The Life and Reminiscences of Gustave Doré (1885). Marquand Library ND553.D7 M2 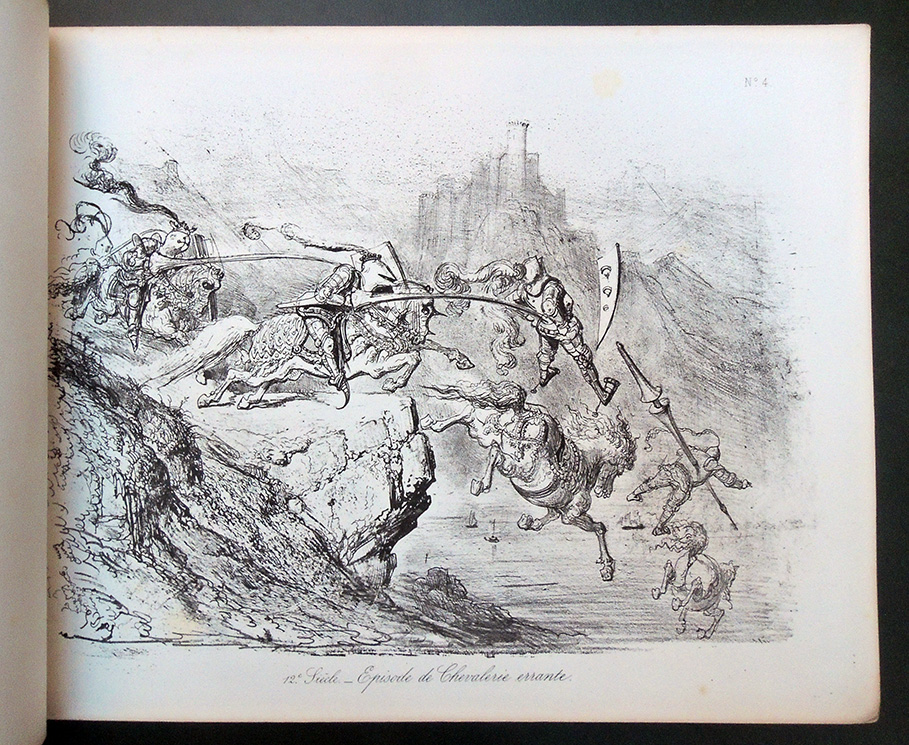 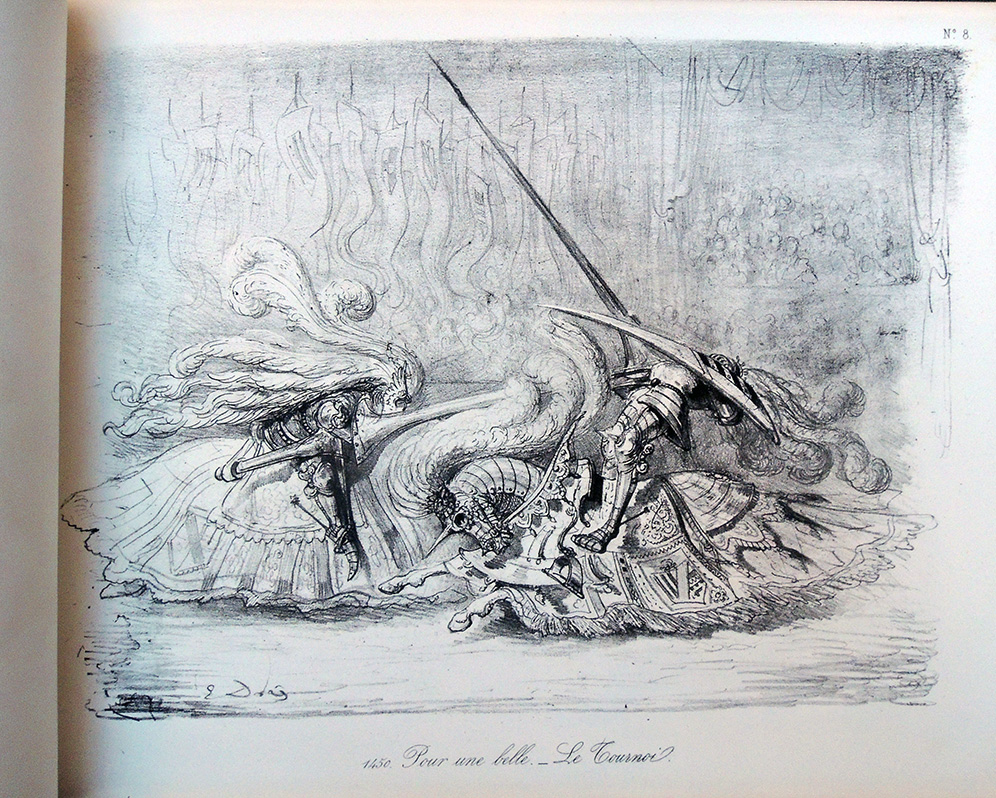 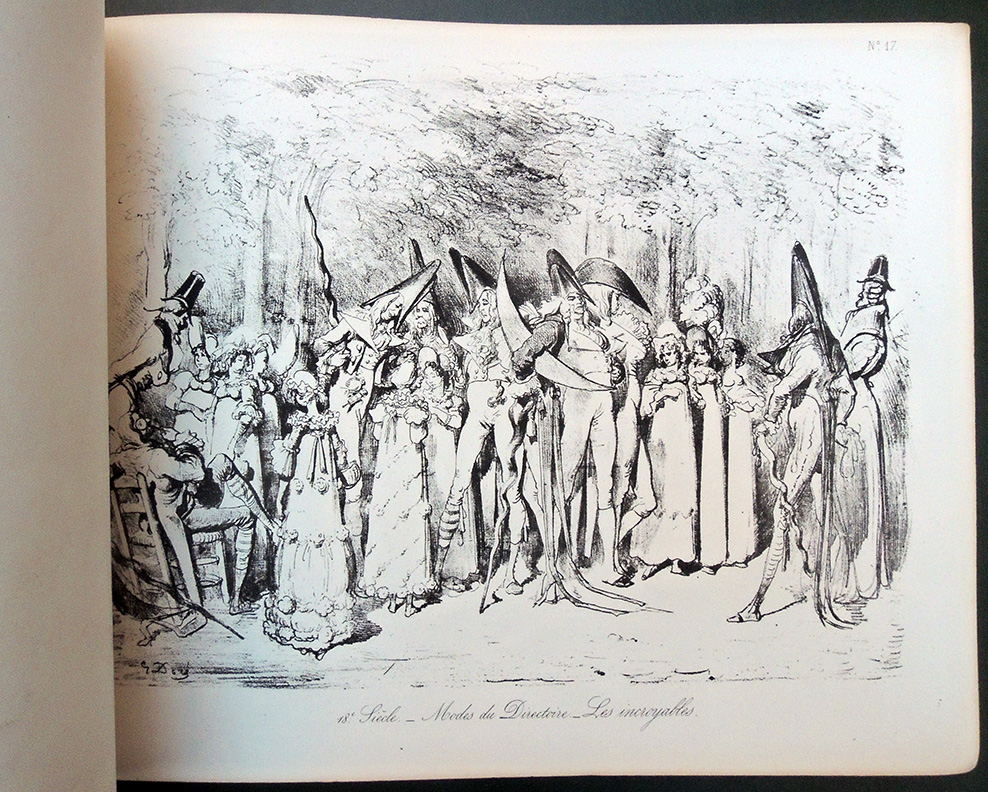 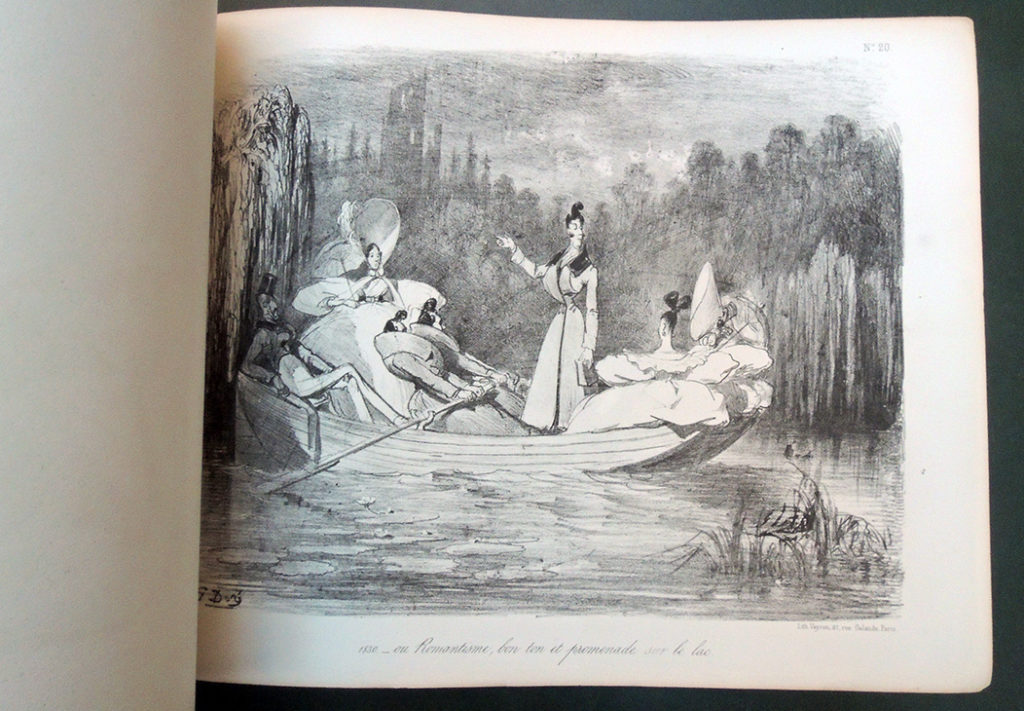