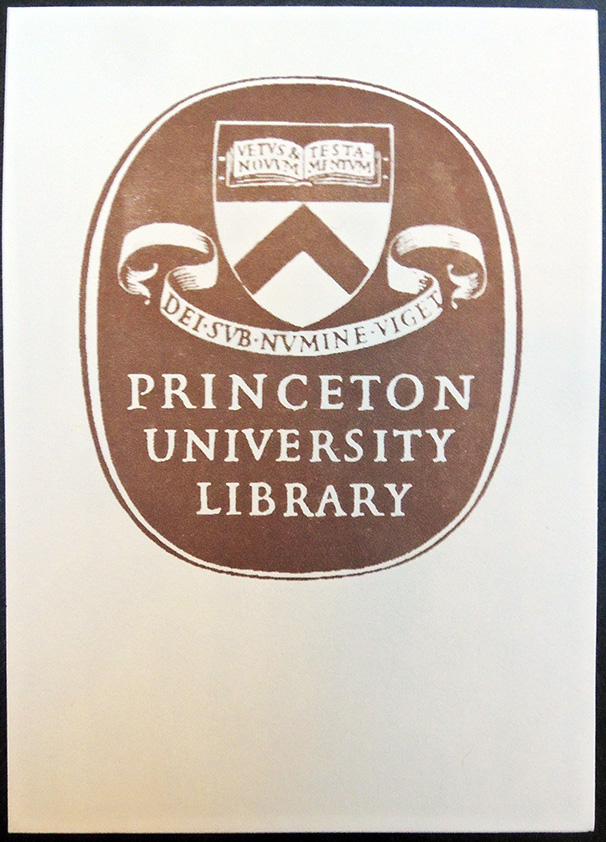 “Under God’s power she flourishes” 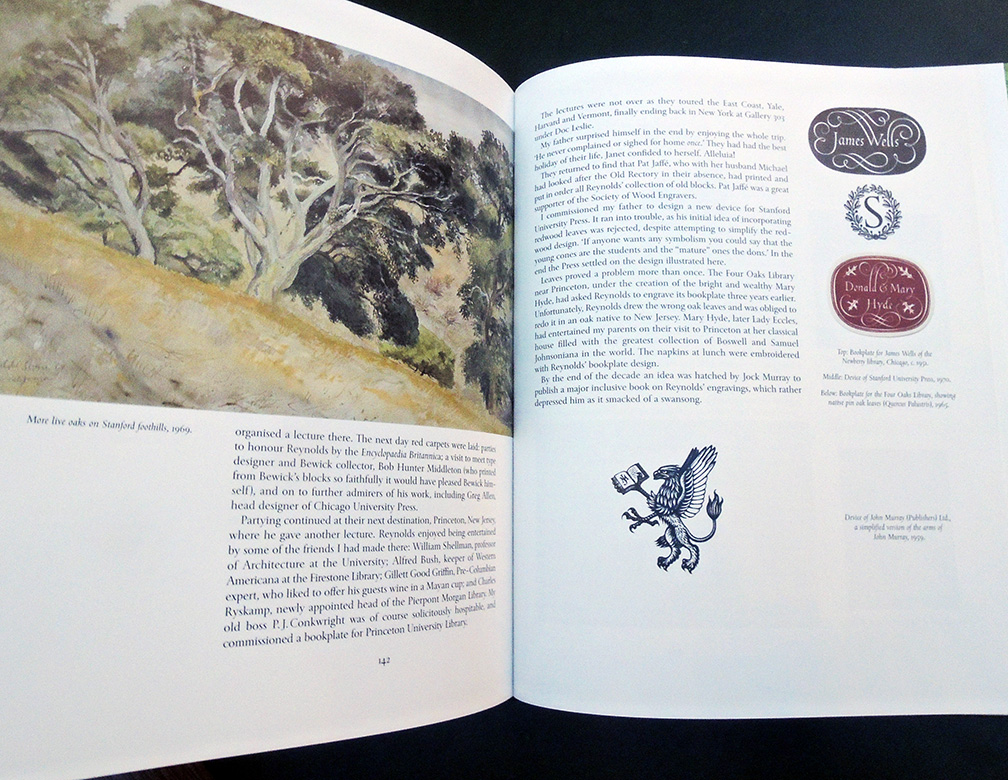 Engraver and designer Reynold Stone (1909-1979), named after his ancestor, Sir Joshua Reynolds, went to Magdalene College, Cambridge to read history before starting work in 1932 as a graduate apprentice at Cambridge University Press. There he met their typographical adviser Stanley Morison who was to become a personal friend. Morrison later described Stone as the “best letterer in the country since Eric Gill died.” Stone already had a natural flair for typesetting winning the first prize of five guineas in 1931 for title pages set in Monotype in the Royal Society of Arts (RSA) Industrial Design Competition. The following year he again took the first prize. 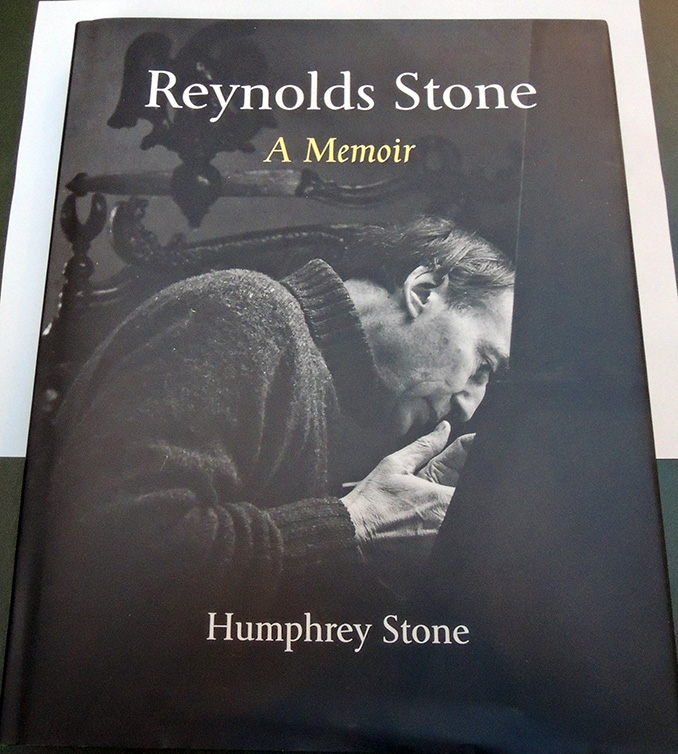 For more information on the many, many bookplates used over the years at Princeton, see: http://infoshare1.princeton.edu/rbsc2/libraryhistory/shlfmks/shelfmarks.html