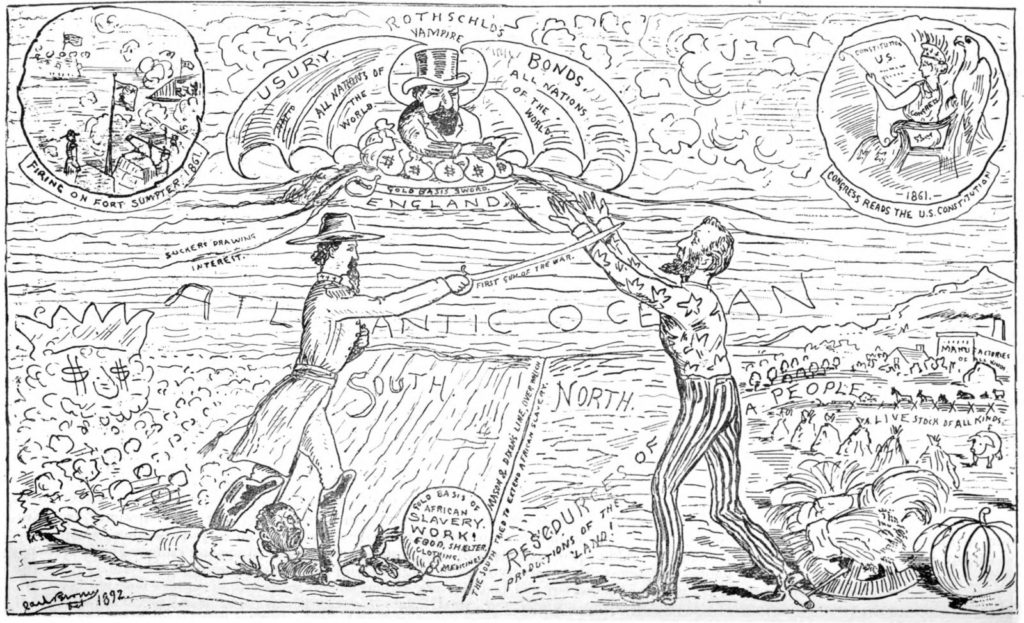 Trained as a commercial house painter, Calisthenes “Carl” Dryden Browne (1849-1914) adapted his skill with a paintbrush to produce gigantic oil paintings on popular themes, beginning in 1869 with The Lord’s Supper, followed by Yosemite Valley, the Franco-Prussian War, and other spectacles. For six months in 1886, Browne rented a San Francisco theater not far from Market Square where he exhibited a panorama entitled Battle of Gettysburg, charging a small admission fee. Although no images survive, it has been described as a series of panels that formed a circle around the audience. On various nights Browne appeared alongside the paintings to entertaining the pubic with oratory that was part history, part religion, and part his own personal mythology.

Not surprisingly, the charismatic speaker became active in politics, working for the United States Labor Party, the Workingmen’s Party, and in the spring of 1892, elected a delegate to the People’s Party convention in Omaha, Nebraska. In preparation, Browne painted 14 gigantic scenes, 7 ¼ x 14 feet each, on canvas that could be rolled and transported to the July convention where he spoke for three hours alongside his paintings, “prepared as object lessons to inform those who have not devoted time and thought to this movement of the people … the causes, aspirations and hopes of this people’s party.”

Browne was such a hit, the paintings became known as Carl Brown’s [sic] Vote Maker, and the state committee of Nebraska arranged with him to campaign throughout the state for the People’s Party ticket of James B. Weaver and James G. Field (which won the national vote in four states). The artist also made quick miniature sketches [seen here] of the paintings to be published along with his commentary. Only three copies exist today but thanks to the University of California and Hathi Trust, a digital version can be read at: https://babel.hathitrust.org/cgi/pt?id=uc1.31175035166548&view=thumb&seq=36

I will not attempt to summarize the three hour commentary but Browne ended with a brief quote from Lester C. Hubbard’s recently published The Coming Climax in the Destinies of America: “It shall be that plain of Armageddon dimly seen by ancient seers, where the brute nature and immortal soul of man close in a final contest, which shall herald the dawning of the era of love and tenderness when nations shall know the fatherhood of God and live the brotherhood of man. This was the prayer made by Him of many sorrows when dying on Calvary’s cross, and at last it shall come true, for the everlasting God hath so ordained it.” 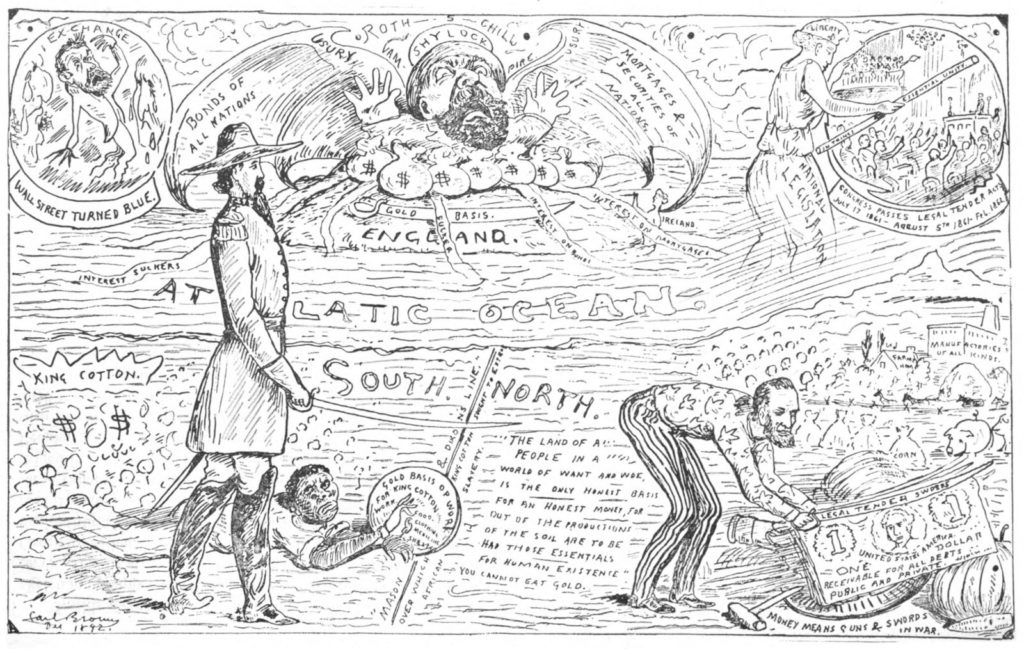 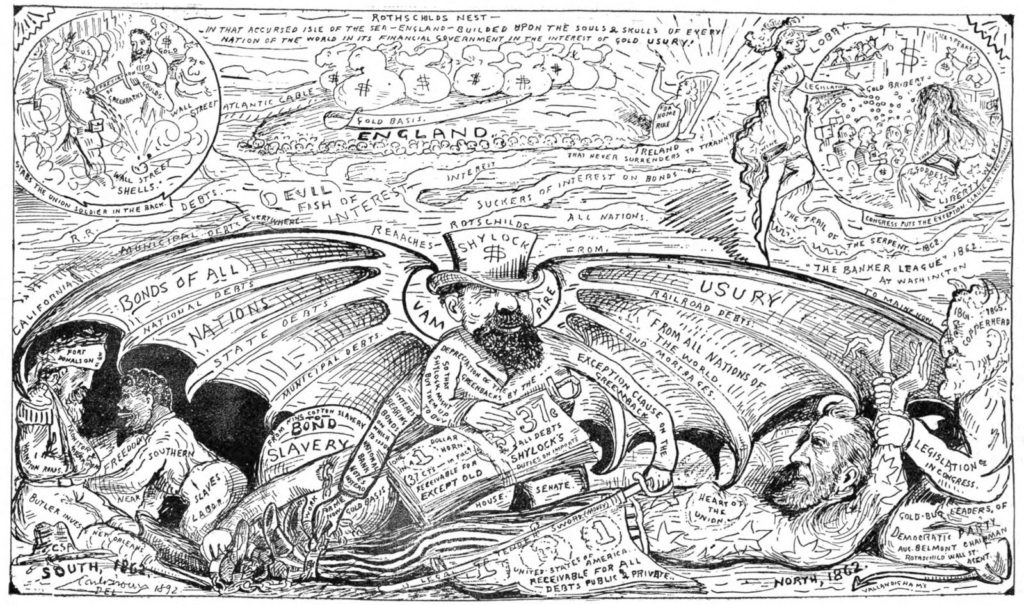 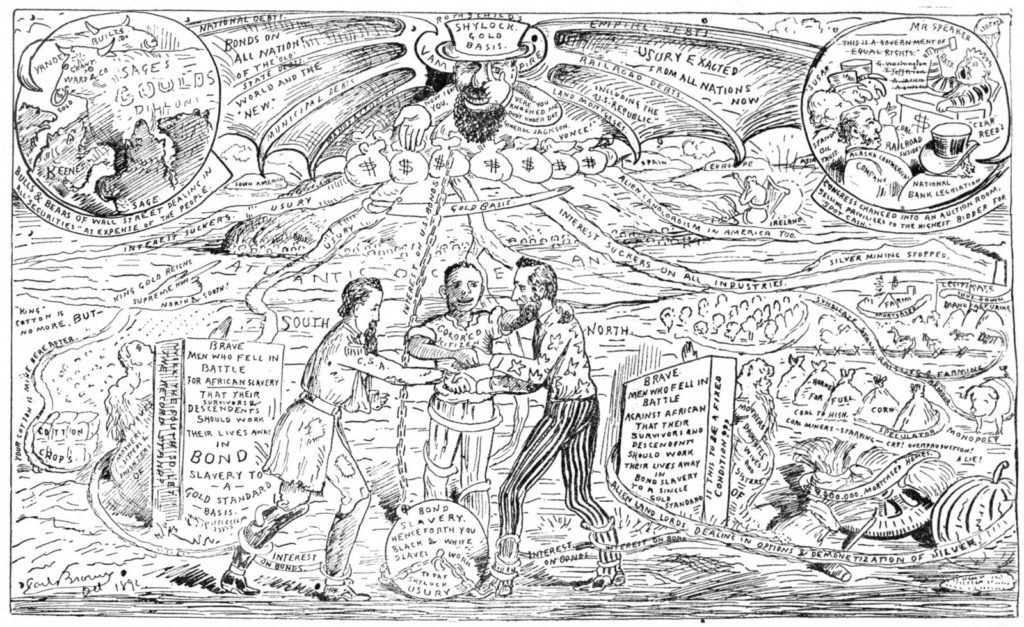 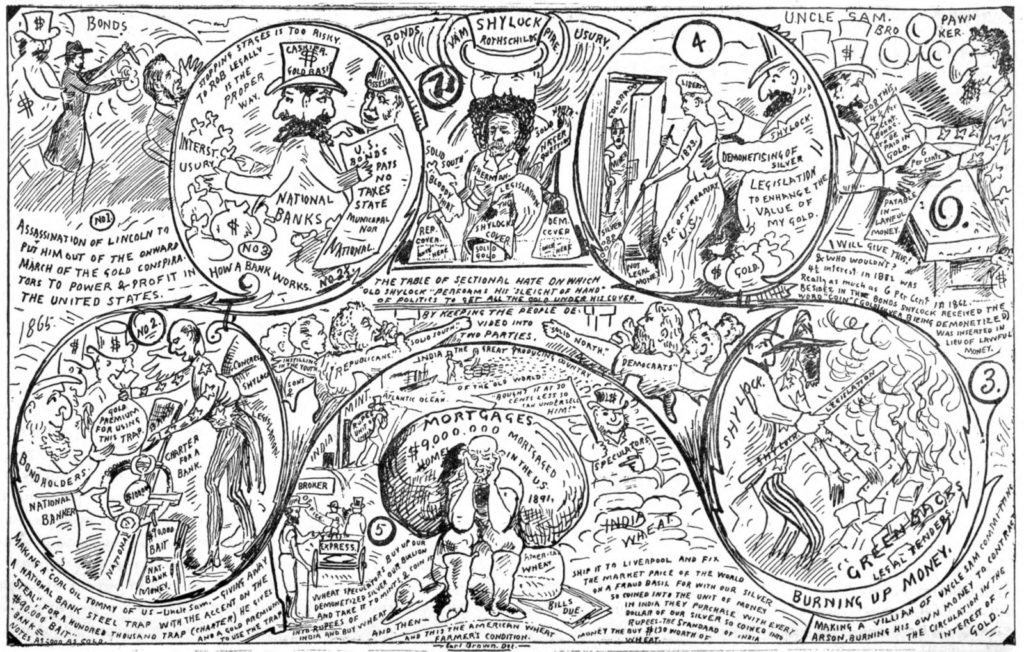 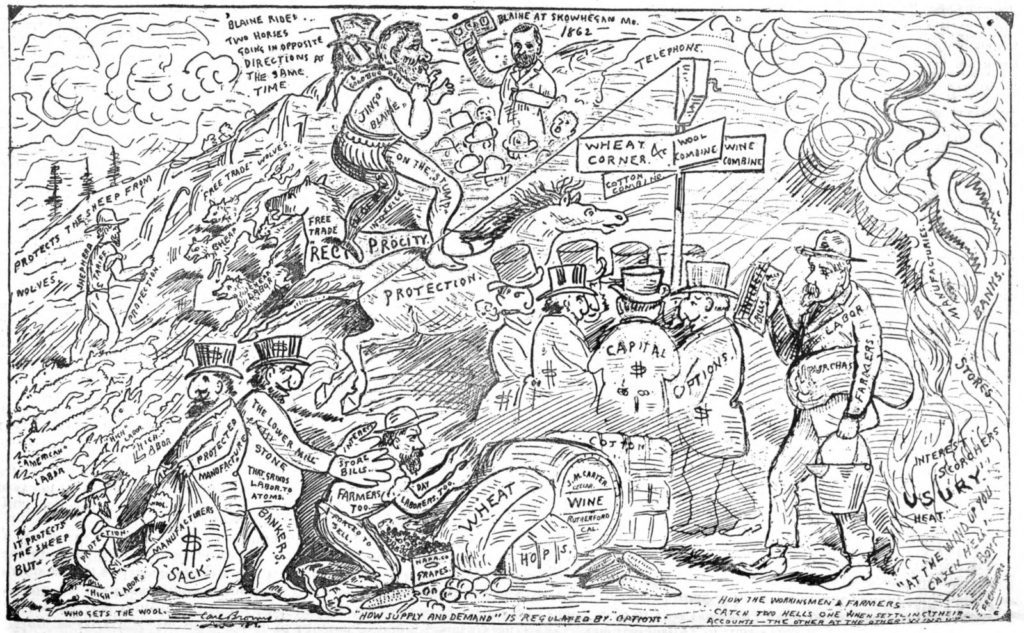 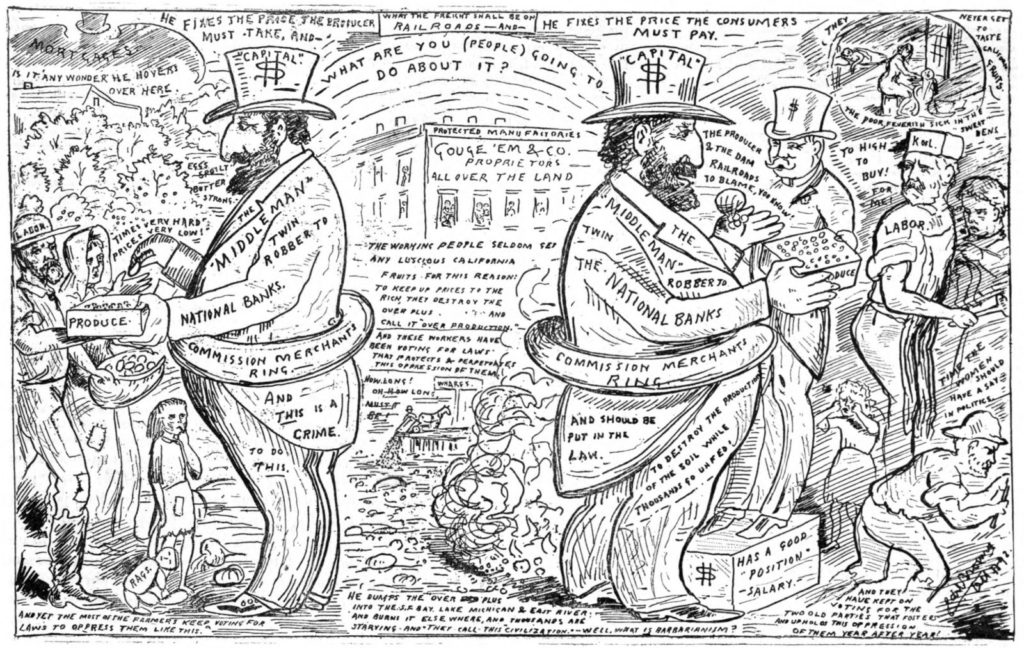 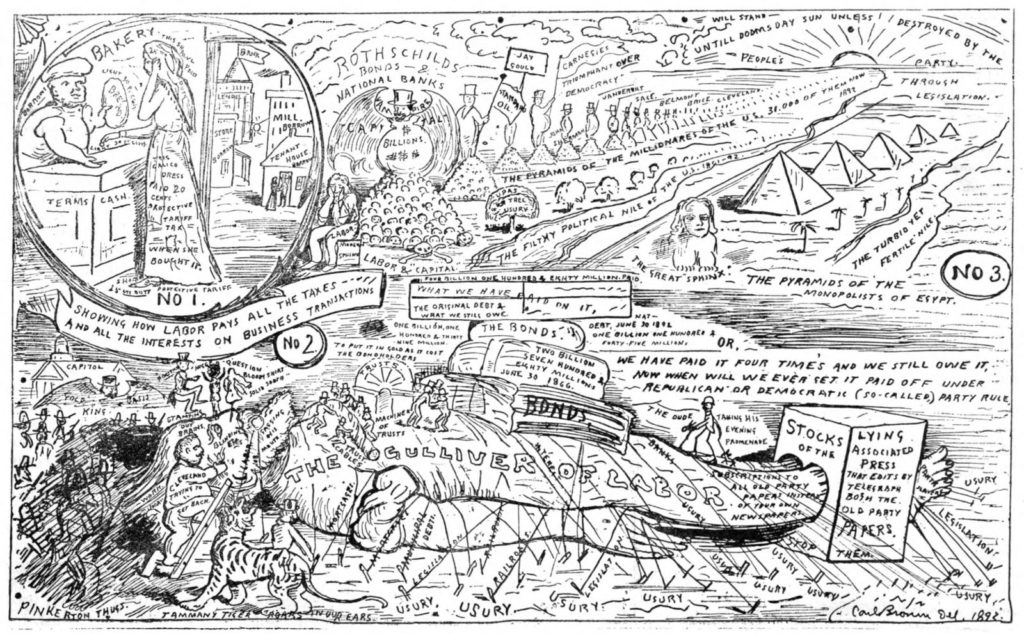 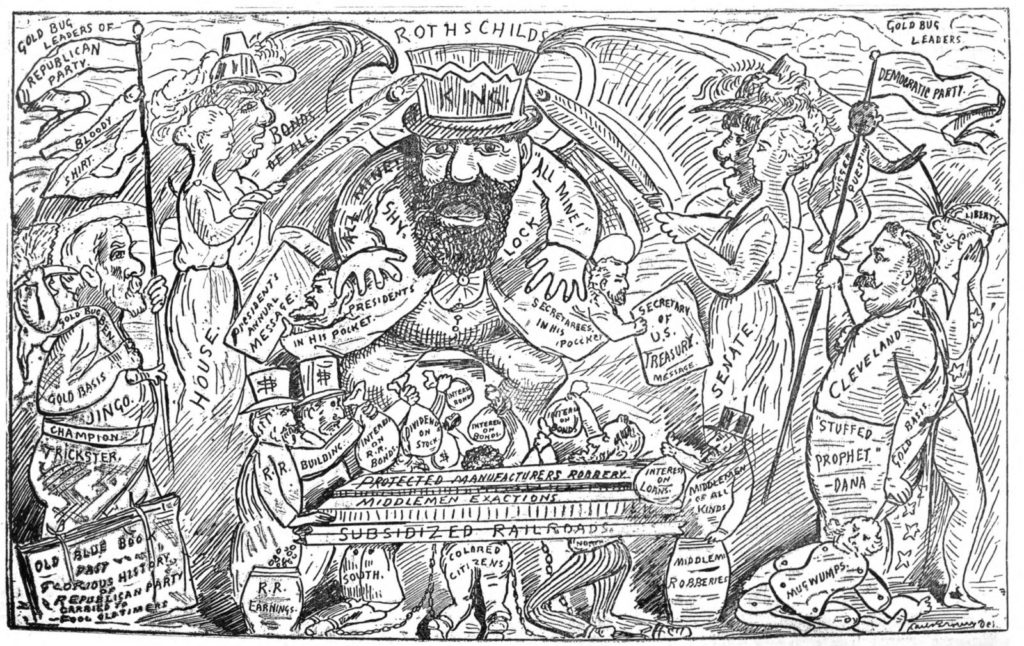 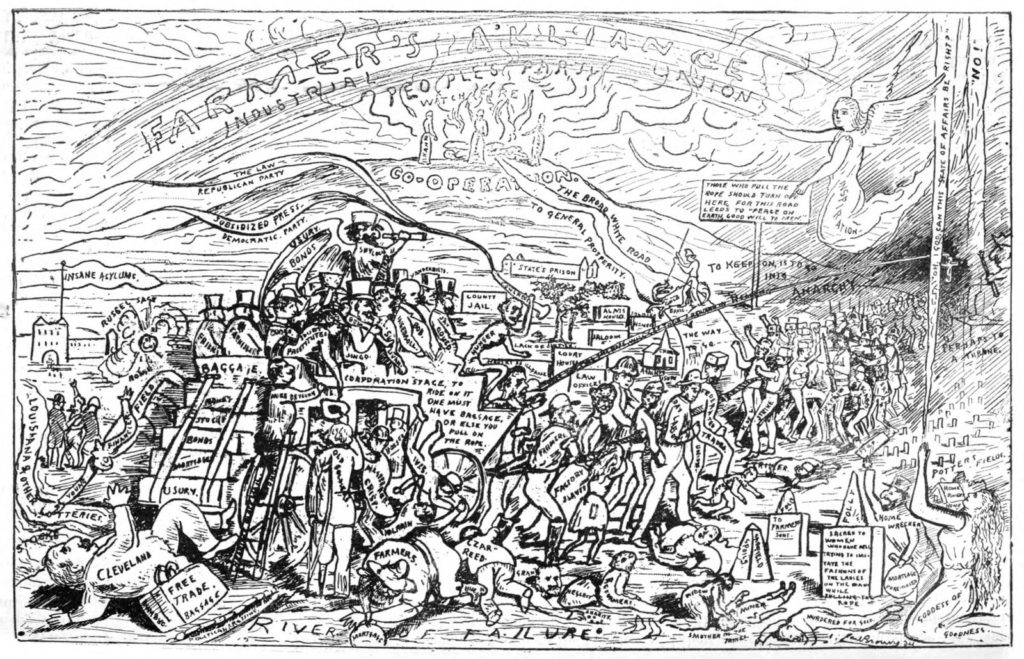 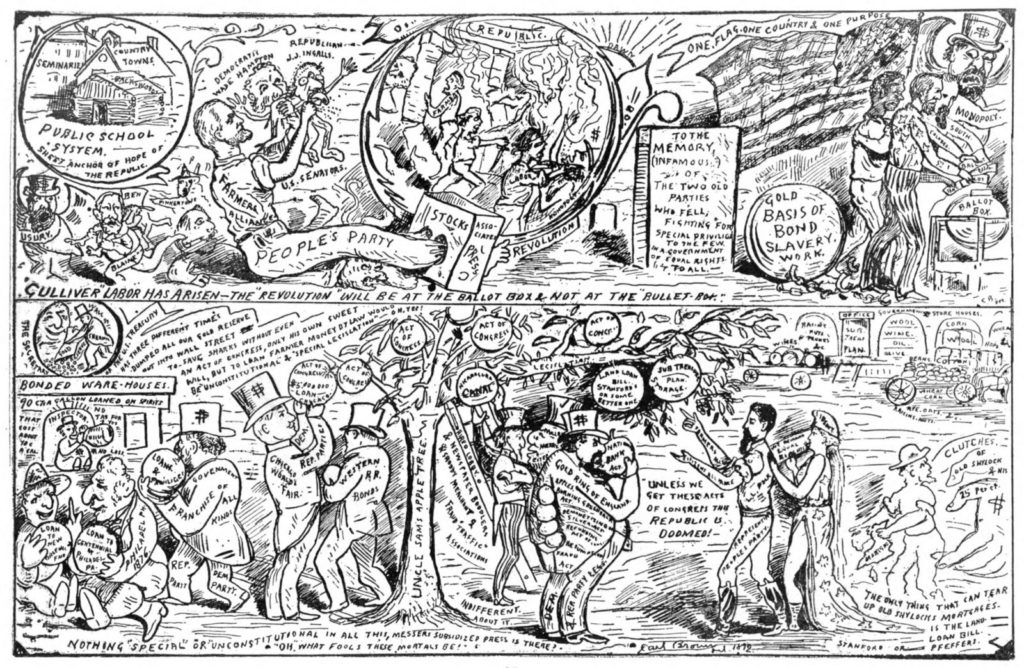 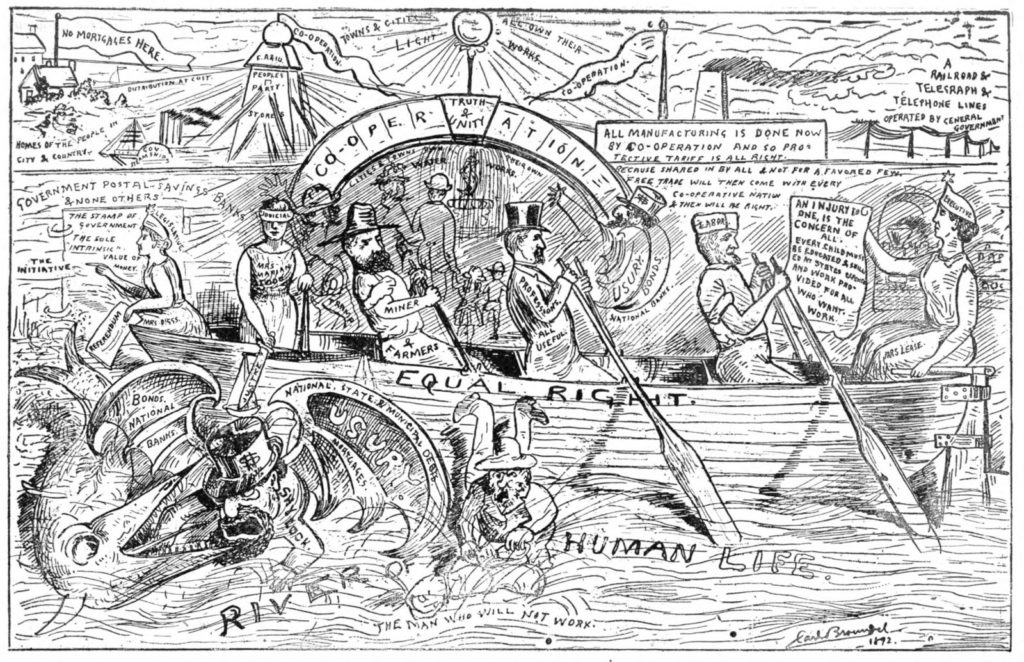 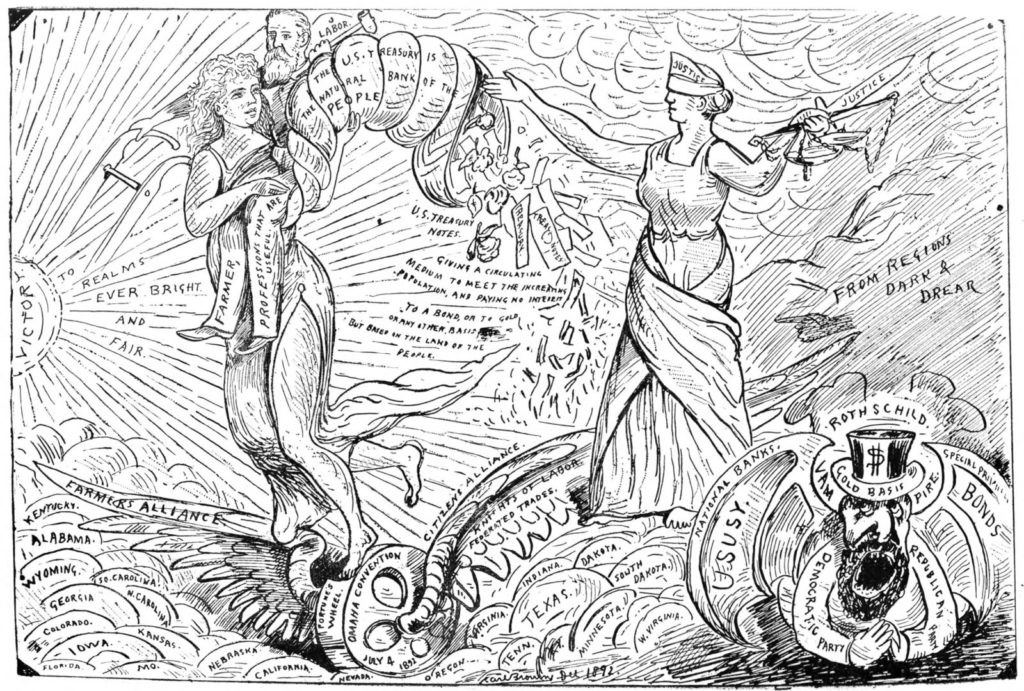 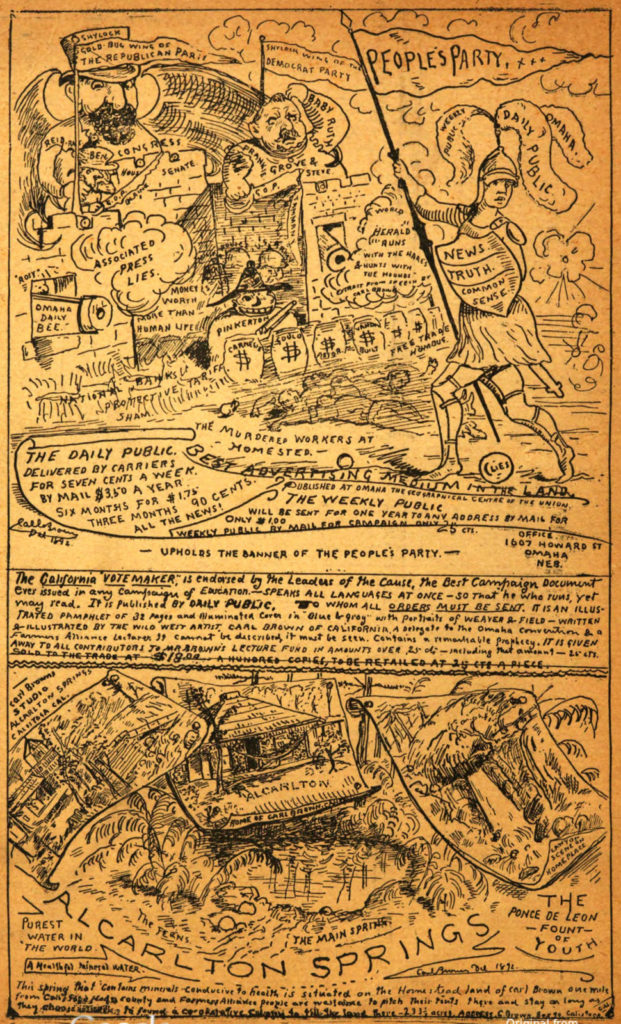