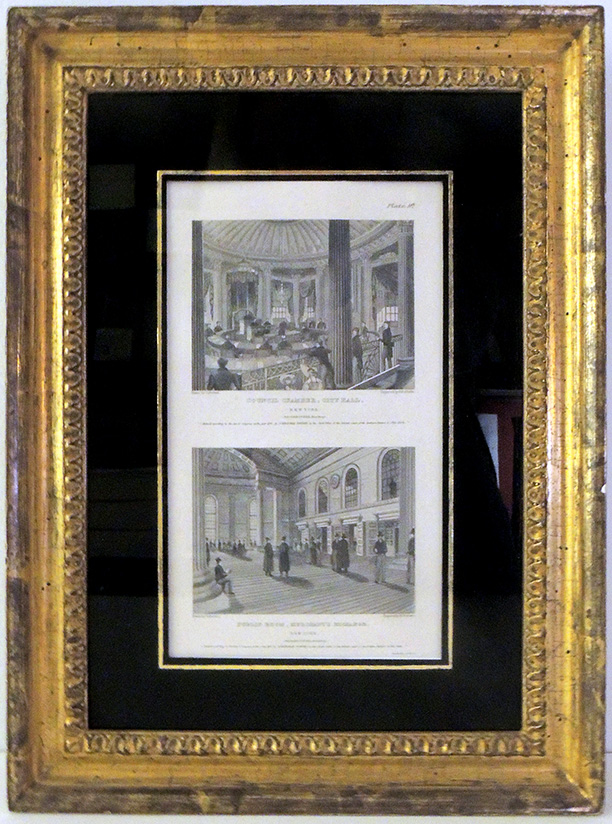 Thanks to the generous gift of Stuart P. Feld, Class of 1957, and Mrs. Feld, the Graphic Arts Collection now holds 14 engravings on 7 sheets, framed, after Charles Burton from the series Bourne’s Views of New York, first printing. The drawings were made for George Melksham Bourne, who issued the series of New York views in 1831, engraved by J. Smillie, Archer, Gimber, H. Fossette, and others, then printed by John Neale. This first issue of the Bourne plates can be distinguished by Bourne’s imprint and copyright notice, which are removed from later issues of plates published by Disturnell. The views now at Princeton are as follows: 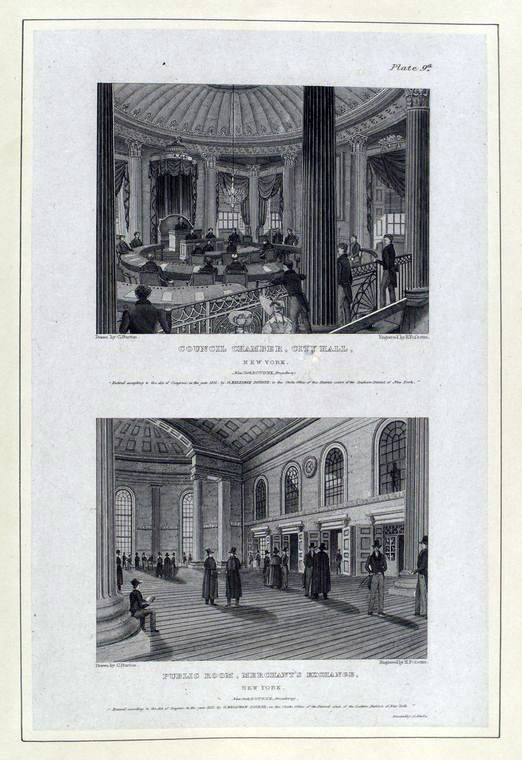 According to Gloria Deak, in her Picturing America 1497-1899 “The set of engravings the George Melksham Bourne issued from his shop on Broadway near Franklin Street in 1831 is generally considered the most beautifully executed sequence of small New York views.” [Graphic Arts 2014-0771Q, p. 262] 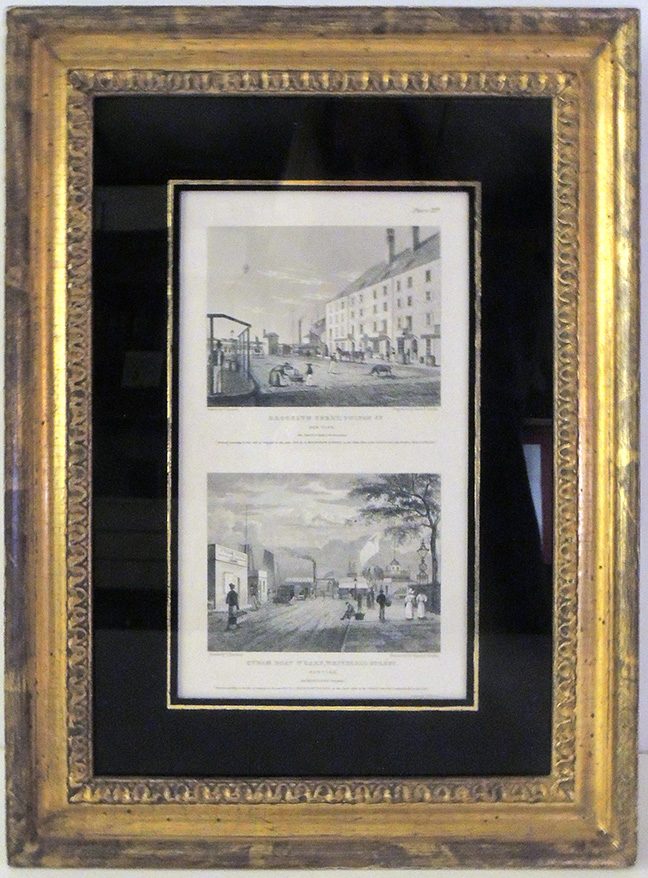 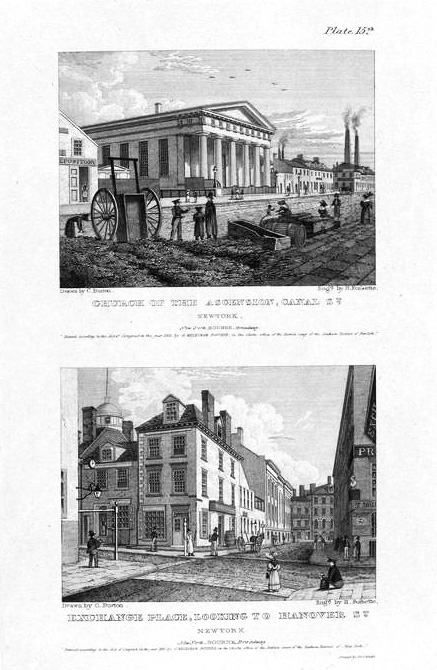 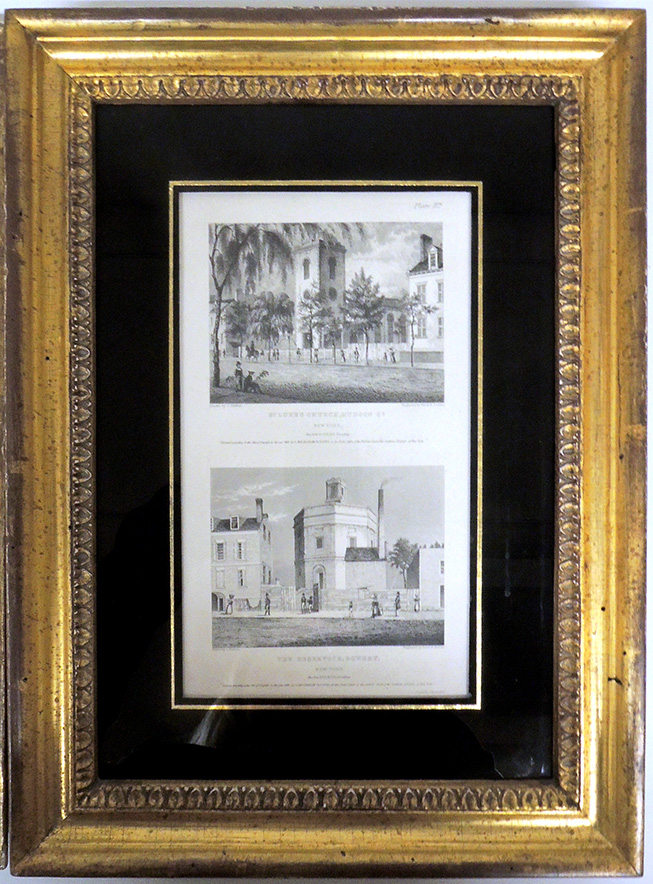 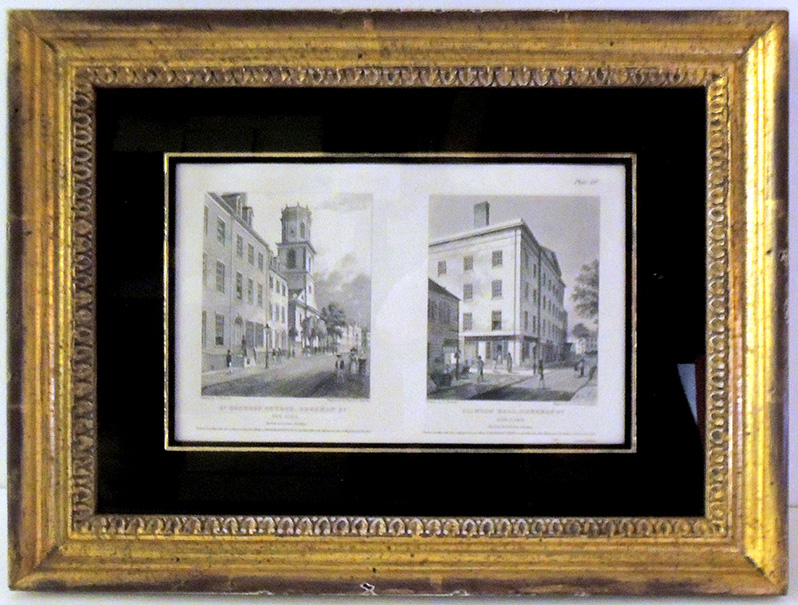 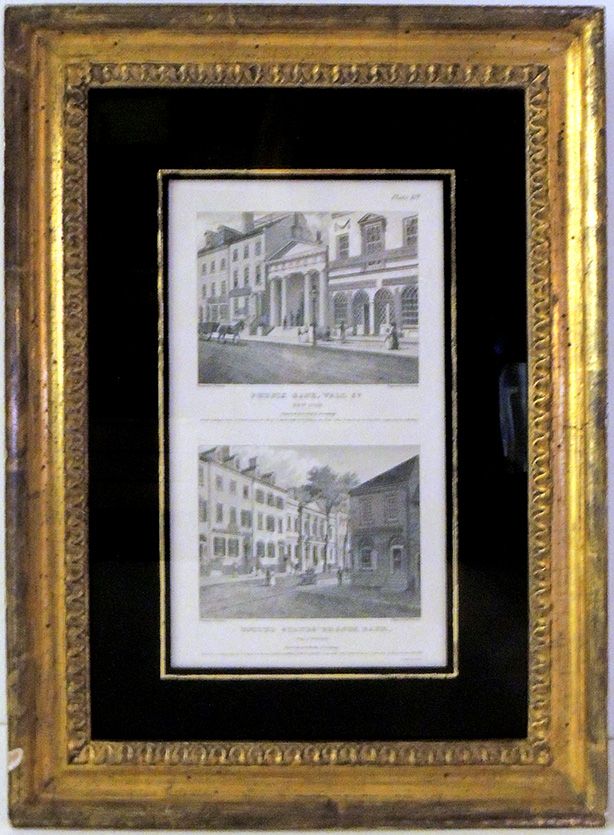 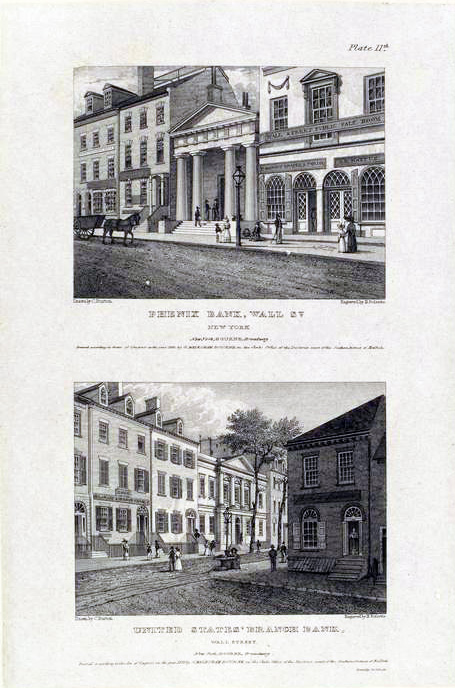