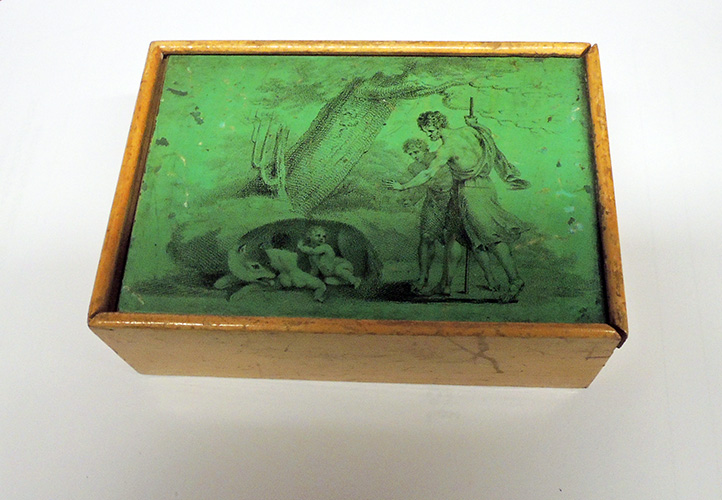 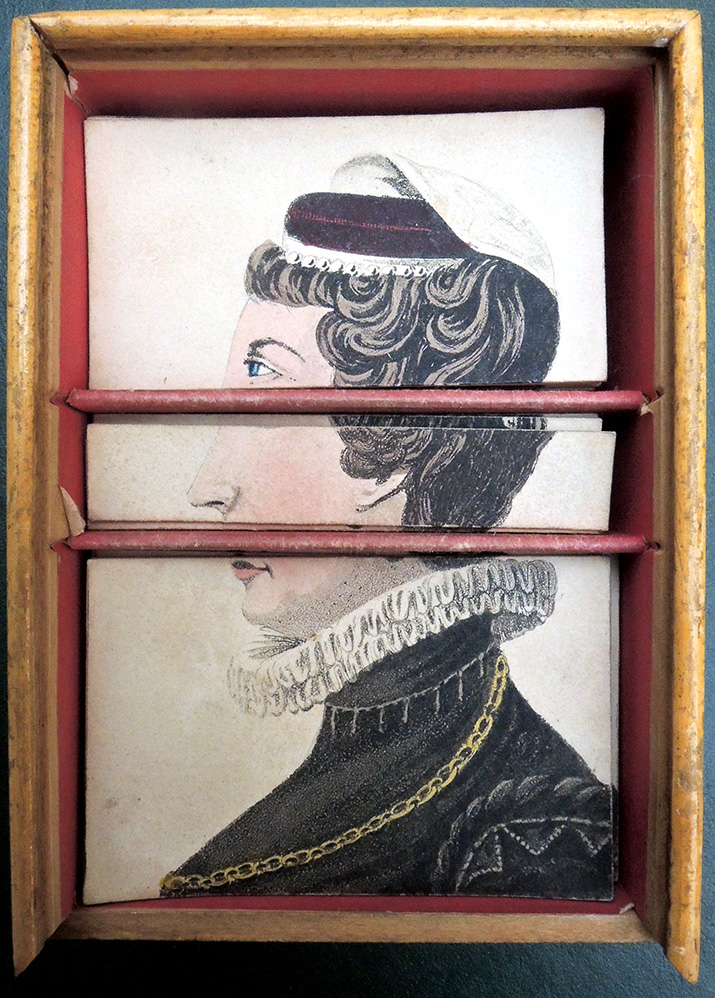 Followed rapidly by ‘Chageable Ladies’ (1819), the Changeable Gentleman’ novelty was introduced by Rudolph Ackermann in London in 1818. It consisted of a set of caricature-profile cards … in which each picture is horizontally cut into three divisions corresponding, roughly, to hair, forehead, and eyes in the top portion; nose and ear in the narrower middle part; and mouth, chin, and neck in the lower part. The divisions allow productions of an infinite variety of faces. The cards are presented in wooden slide-top boxes … each having wooden dividers to separate upper, middle, and lower sections.–Michael Twyman, Encyclopedia of Ephemera 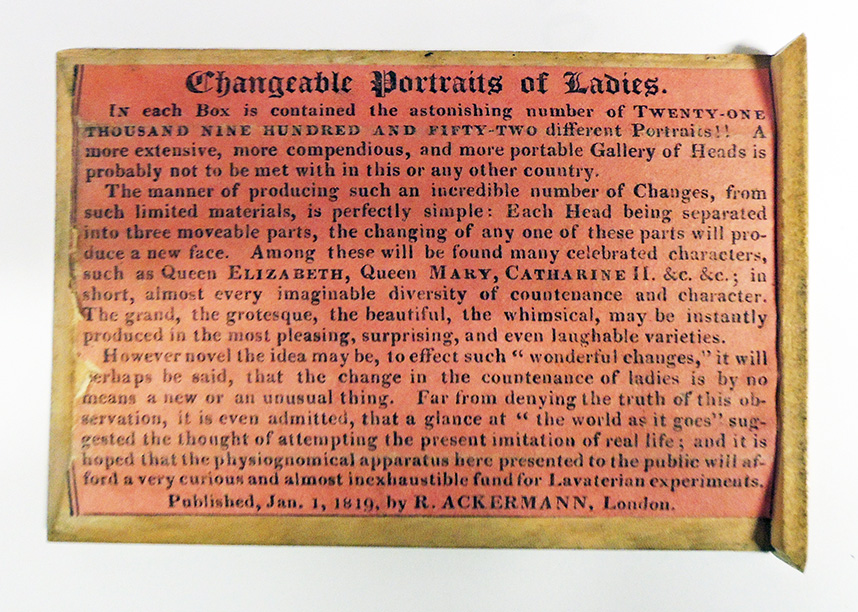 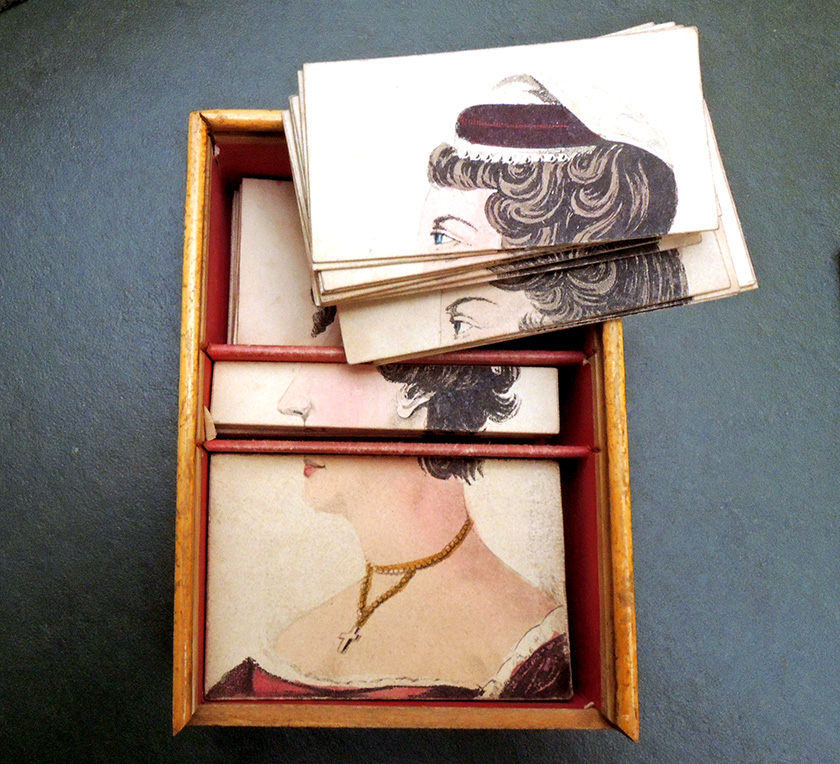 This clever variation on a transformation or metamorphosis game involves a series of 28 hand colored aquatint portraits, each cut into three sections arranged in a treen or a small wooden box with three compartments and a sliding lid. According to the instructions (under the lid) this toy permits the possibility of twenty-one thousand nine hundred and fifty-two different permutations.

“Each Head being separated into three moveable parts, the changing of any one of these parts will produce a new face including many celebrated characters, such as Queen Elizabeth, Queen Mary, Catherine II, &c. &c.; in short, almost every imaginable diversity of countenance and character. the grand, the grotesque, the beautiful, the whimsical, may be instantly produced in the most pleasing, surprising, and even laughable varieties.” 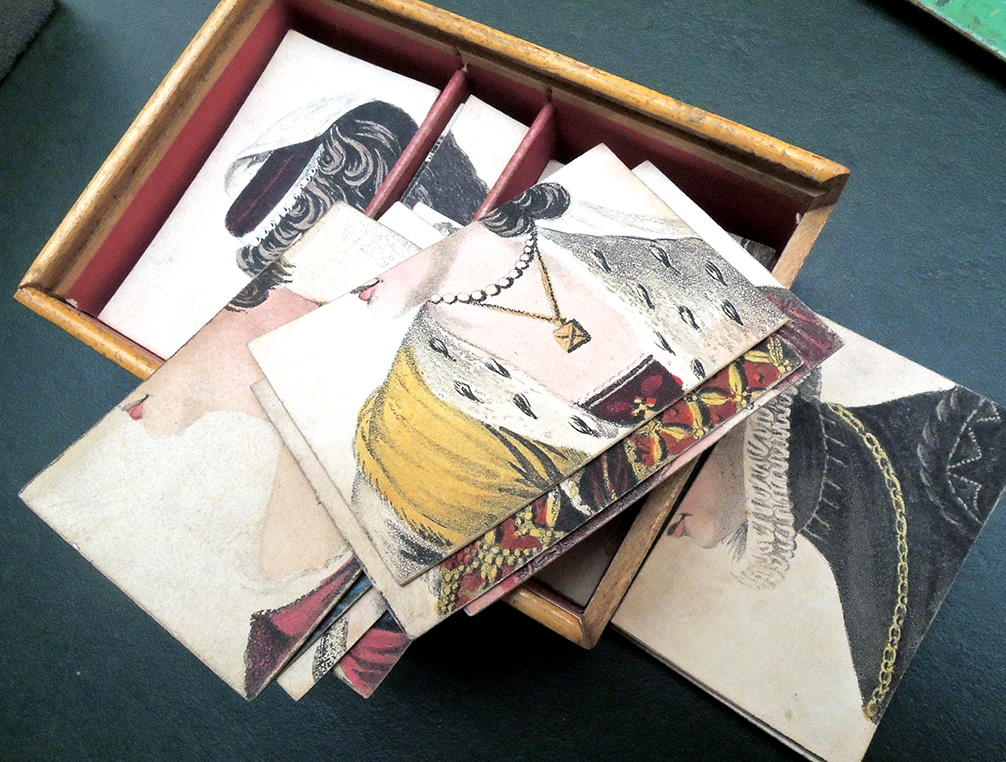 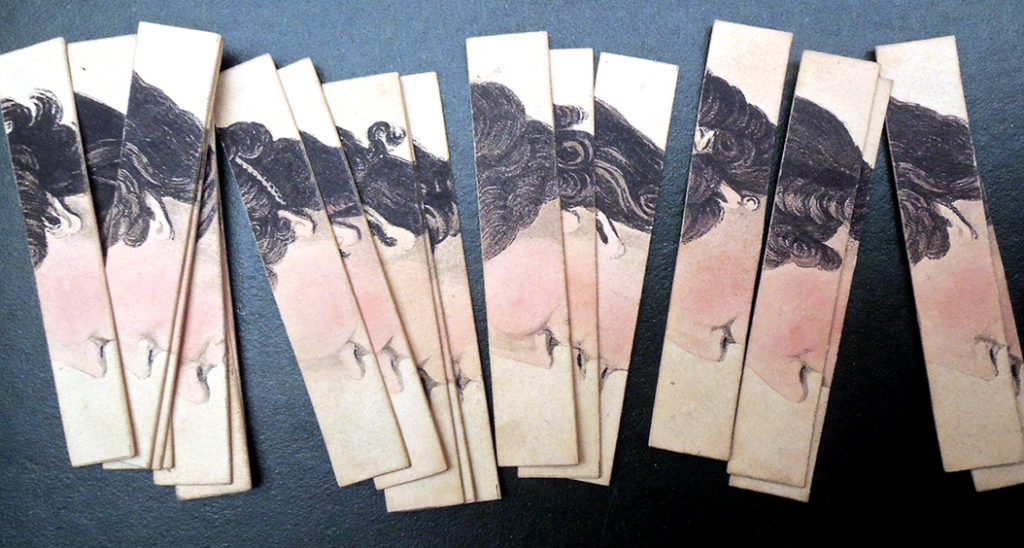 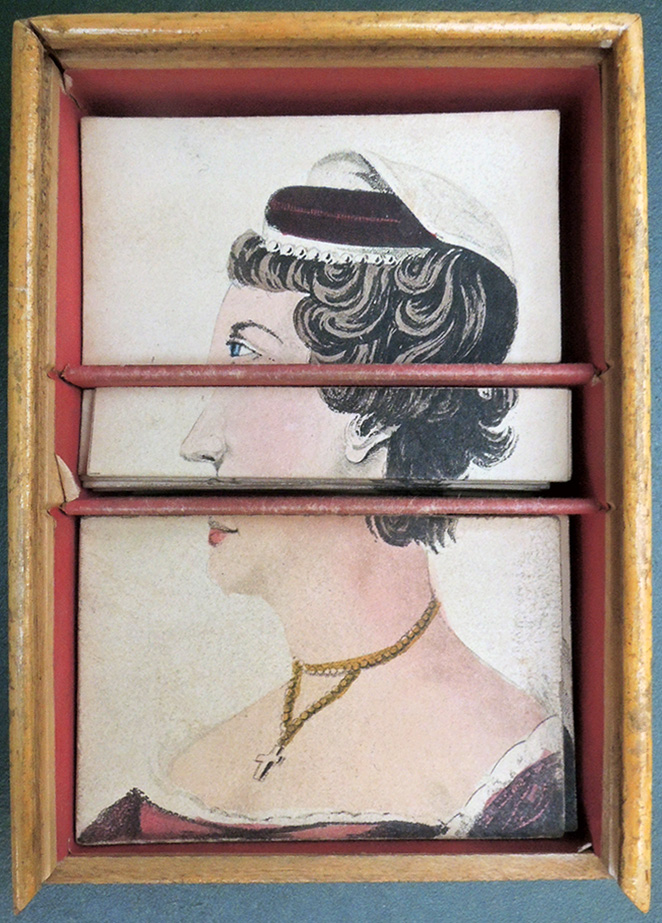 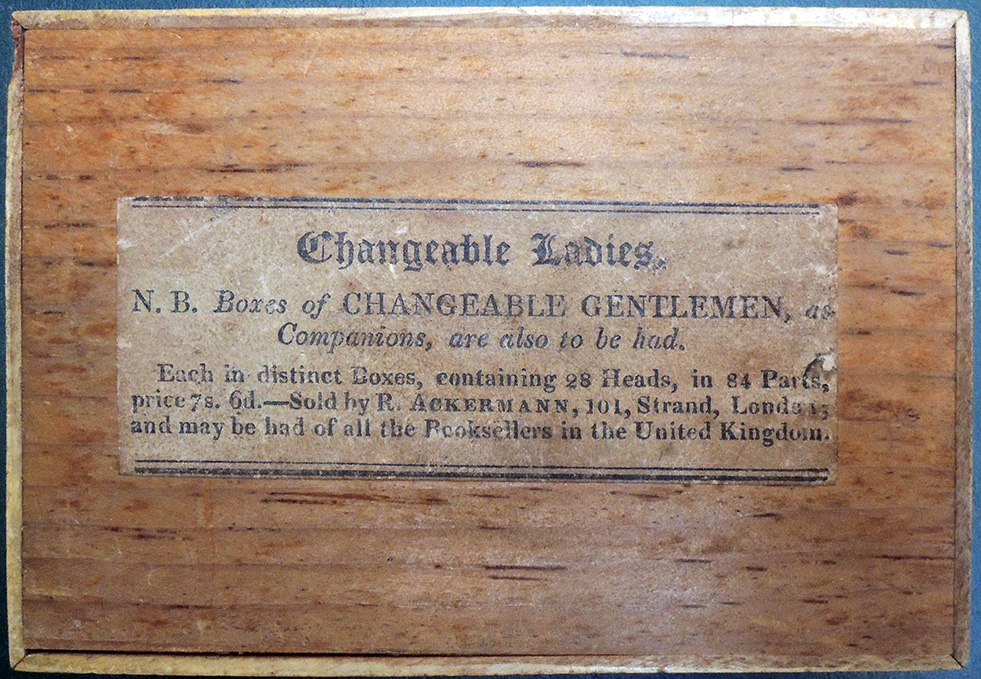 The instructions further note “it is hoped that the physiognomical apparatus here presented to the public will afford a very curious and almost inexhaustible fund for Lavaterian experiment.”