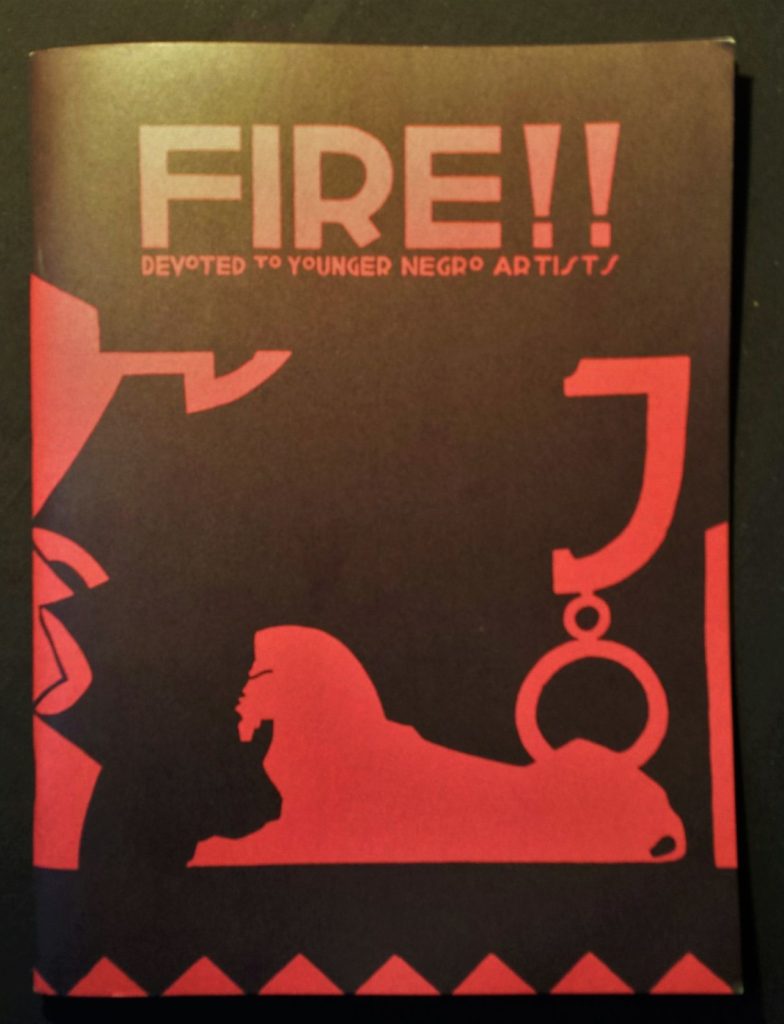 Vol 1, no. 1, Nov. 1926. “This facsimile edition … consists of fourteen hundred copies, of which one hundred twenty have been numbered and signed by Richard Bruce Nugent” p.48. 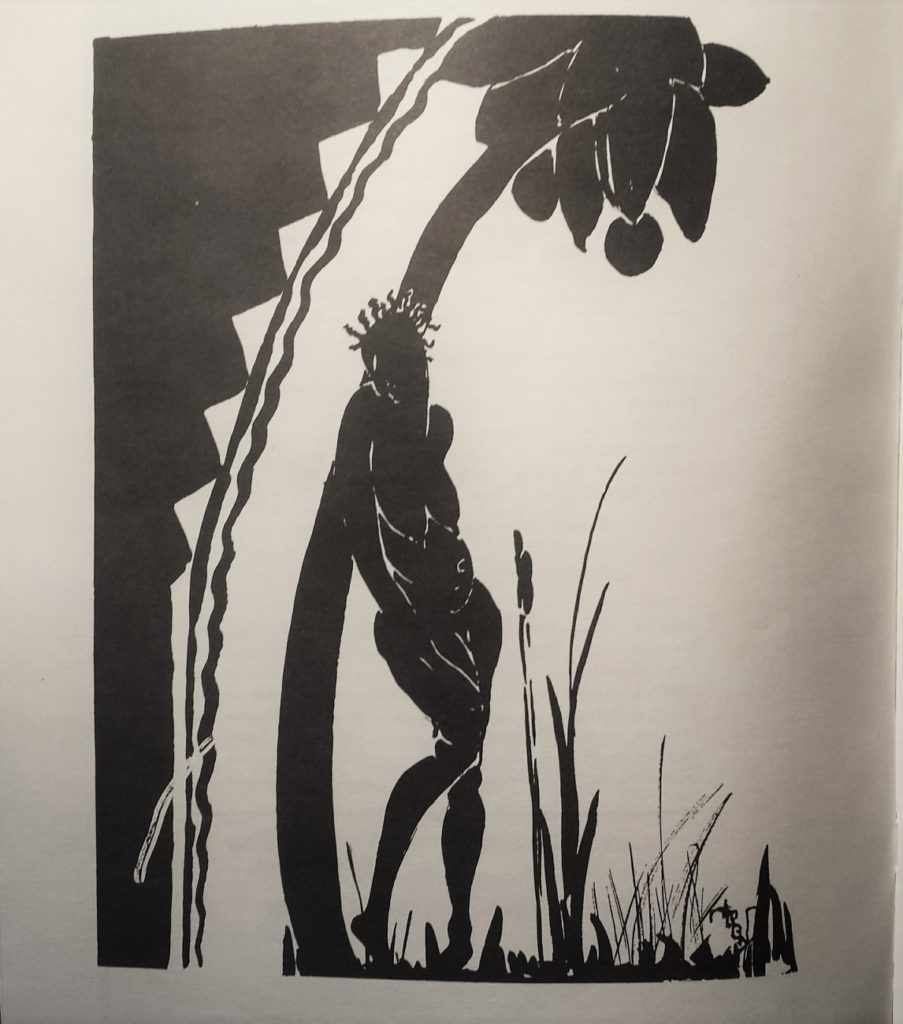 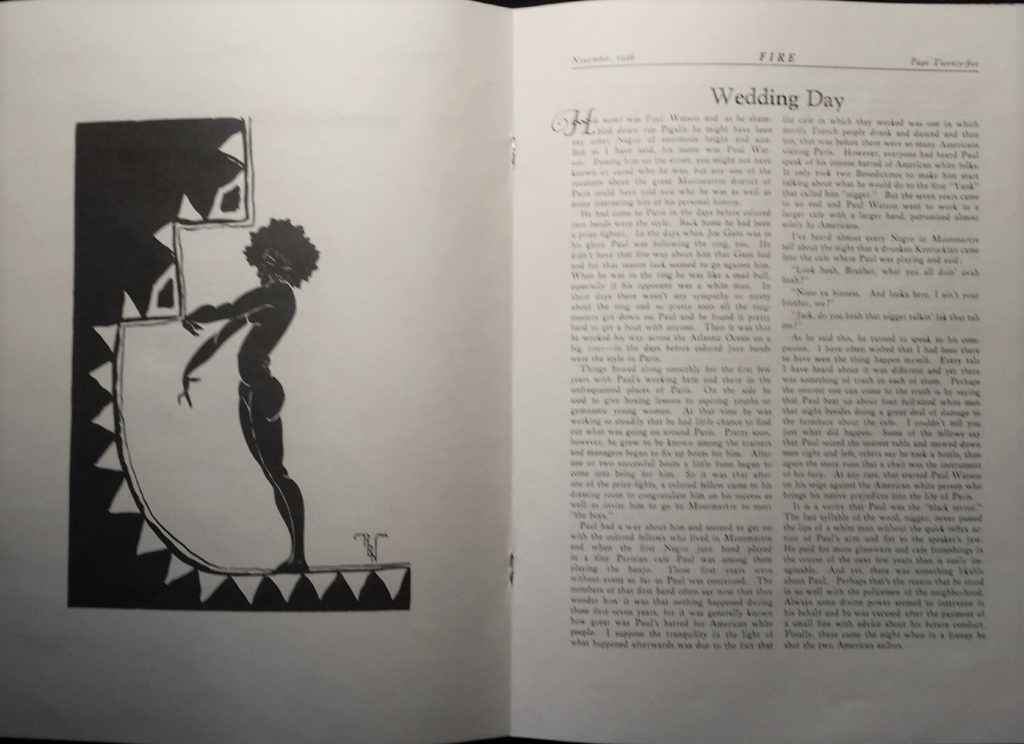 “More than fifty years have passed since FIRE!! Was published in November, 1926. Copies of the original are treasures beyond price. Langston Hughes reports in his autobiography The Big Sea that several hundred of them were consumed (quite literally) by a real fire in the basement where they ere stored. Then FIRE!! Went broke. Indeed, it never was solvent. Only the fist issue of this “Quarterly Devoted to Younger Negro Artists” ever appeared.

By definition, treasures are not simply rare. They are important. Its table of contents reveals instantly why FIRE!! Is important. Here is a roster of major names in the chronicles of Afro-American literature and art: Wallace Thurman, Zora Neale Hurston, Aaron Douglas, Langston Hughes. These, the most talented and creative of their generation, combined to generate…FIRE!!

…Unlike Alain Locke’s The New Negro, published the year before FIRE!! Was not conceived and assembled by a single impresario. FIRE!! Was the joint creation of these seven first-rate minds. A number of other significant talents also contributed to ti. It was a special time and a special place which made the collaboration possible. Hence FIRE!! Is, in a real sense, the Harlem Renaissance incarnate.” 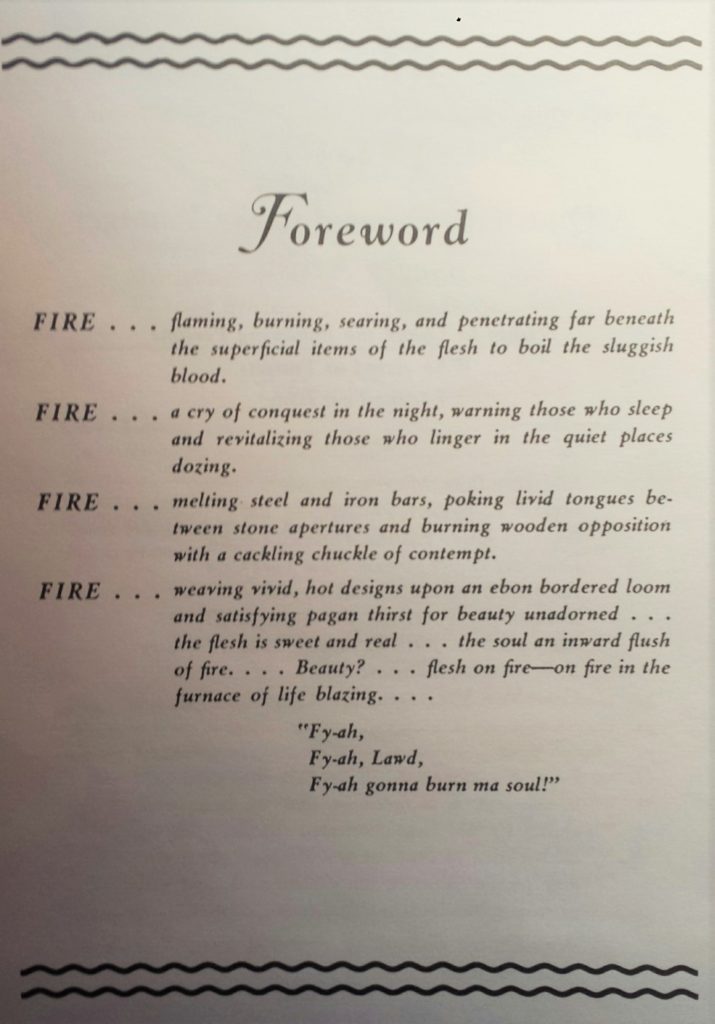 A copy of the original edition is archived in the Manuscripts and Rare Books Collection at the Schomburg Center for Research in Black Culture, 135 Street, New York City.