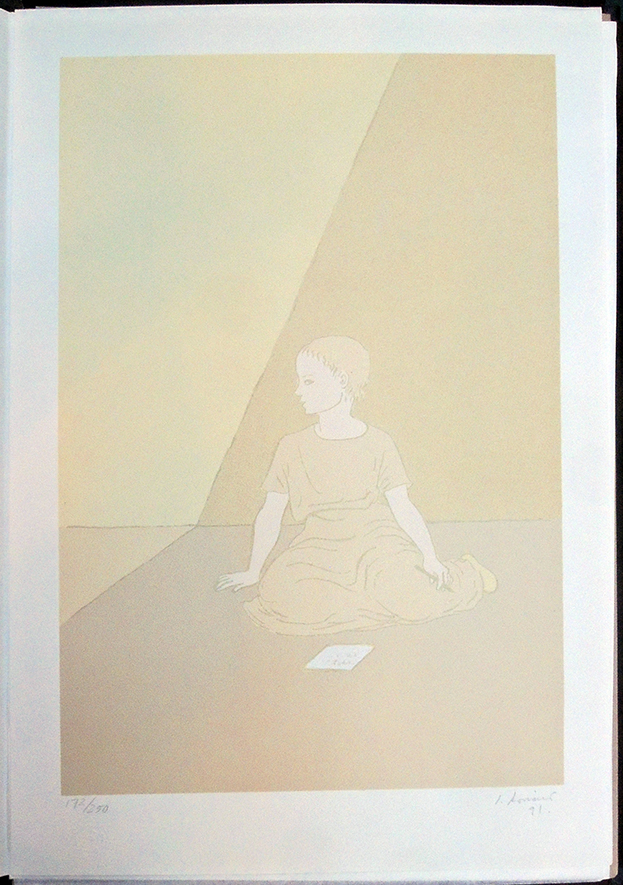 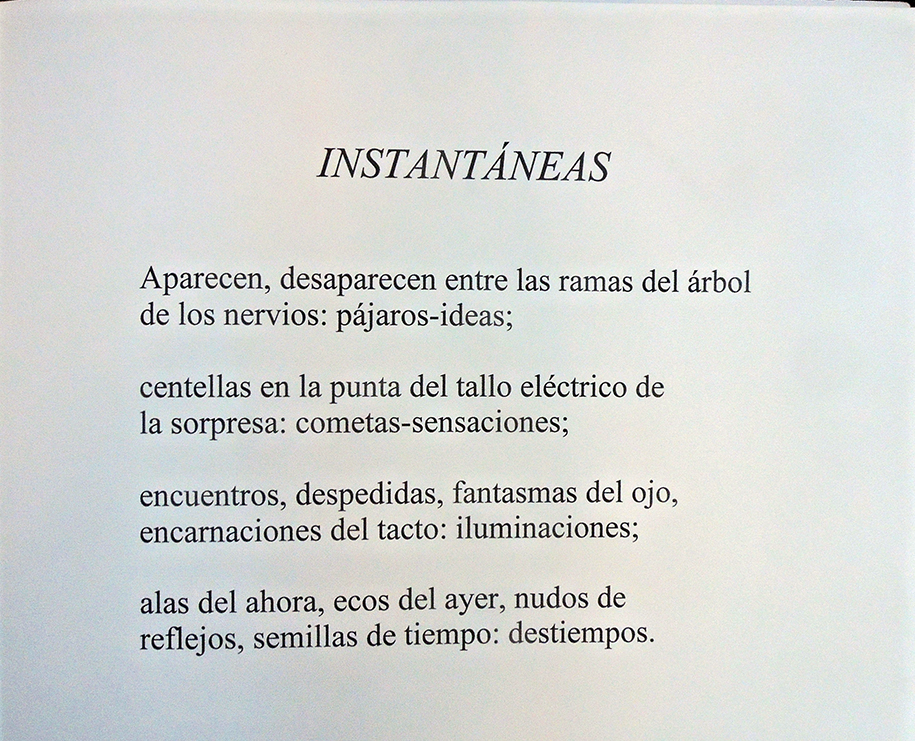 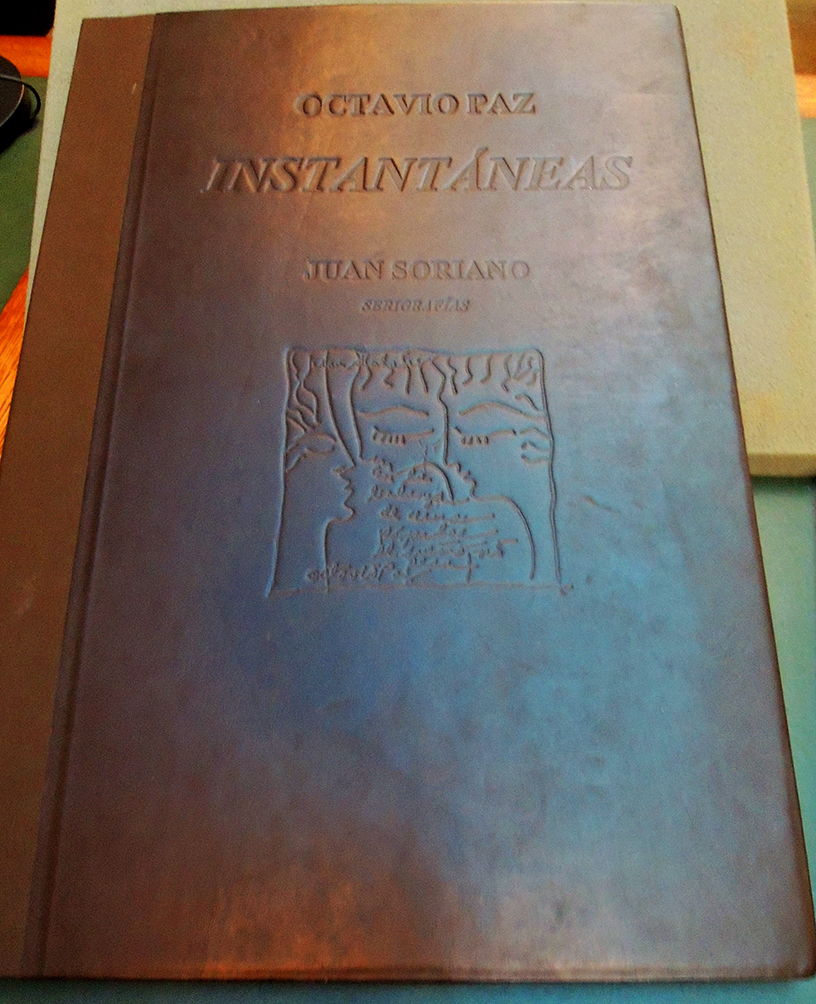 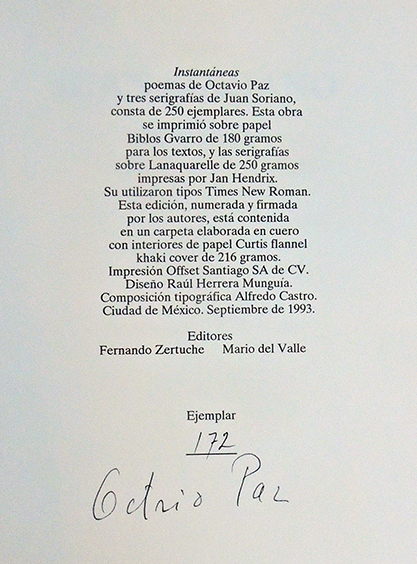 Mario del Valle founded Ediciones Papeles Privados (Private Paper Editions) in 1981 and this volume represents the third time they worked with the poet Octavio Paz. Their website notes, in a rough translation:

“In 1981, Ediciones Papeles Privados emerged in Mexico City, an editorial specialized in poetry and art books. One of its fundamental objectives is to continue the tradition of the artisan book producing books to enjoy its content and its invoice. The art of making a book, today, involves using old techniques and combining them with the advantages and qualities of contemporary technology. Hence, Private Papers are interested, on a way, the excellence of the amalgamated content to the visual concept of each edition. …Octavio Paz referred to its creator with the following words: “Mario del Valle is an editor poet who continues the tradition of the publishing poets. This tradition is very old. In Mexico and Latin America in general he gave, among others, Salvador Novo , Xavier Villaurrutia, Miguel N. Lira, Pablo Neruda, Manuel Altolaguirre, Rafael Alberti, Juan José Arreola … The list is big … Their editions are bold, beautiful.” —https://papelesprivados.weebly.com/ediciones-papeles-privados.html 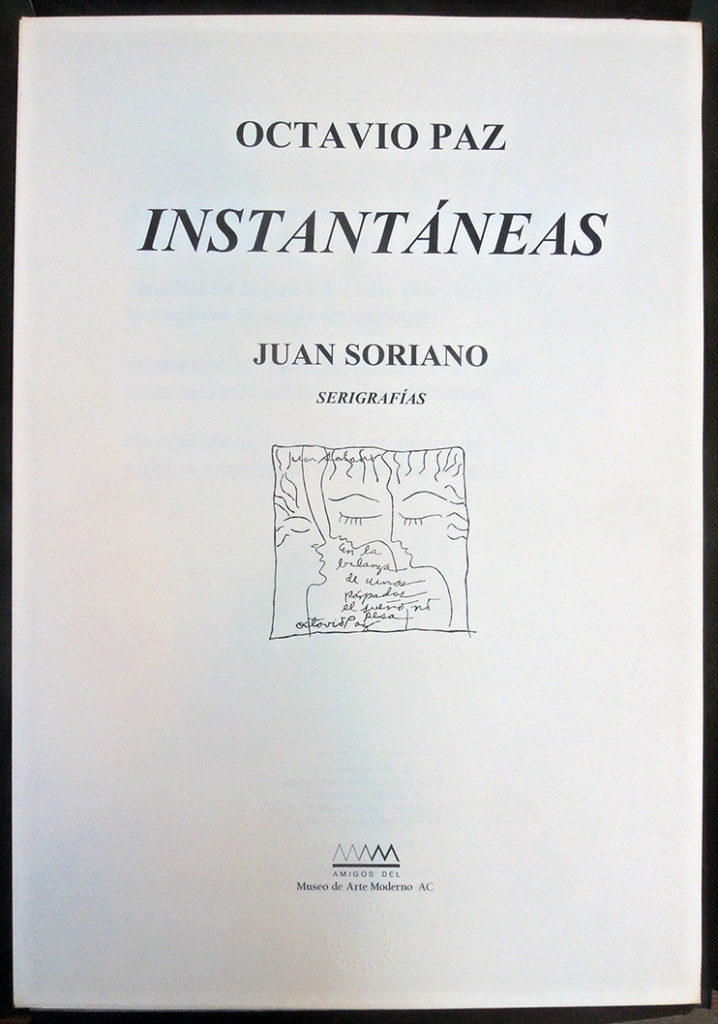 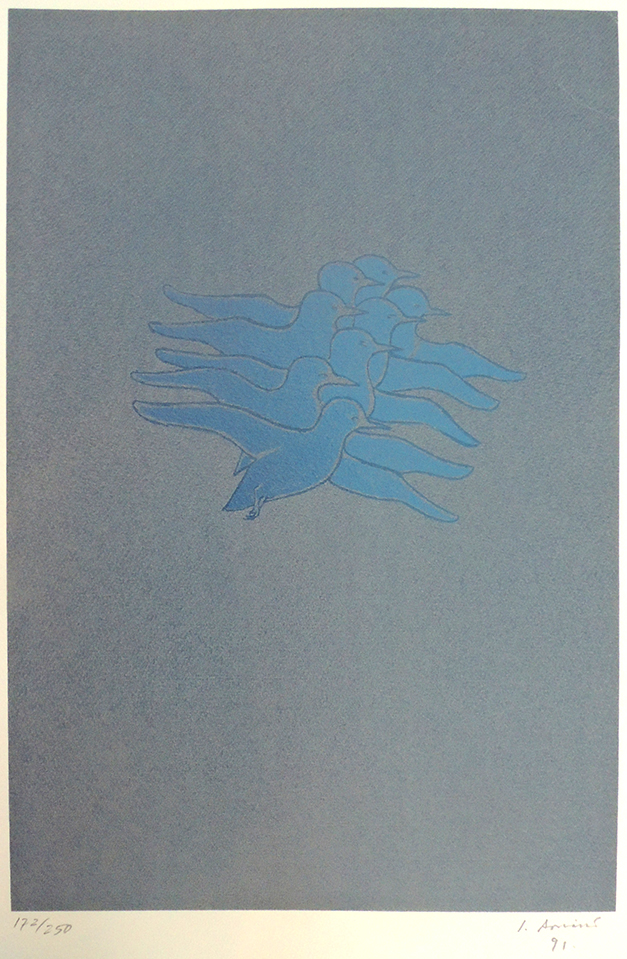 Only now have I understood that there was a secret relationship between what I have called my expulsion from the present and the writing of poetry. Poetry is in love with the instant and seeks to relive it in the poem, thus separating it from sequential time and turning it into a fixed present. But at that time I wrote without wondering why I was doing it. I was searching for the gateway to the present: I wanted to belong to my time and to my century. A little later this obsession became a fixed idea: I wanted to be a modern poet. My search for modernity had begun.–Paz Nobel Prize lecture.