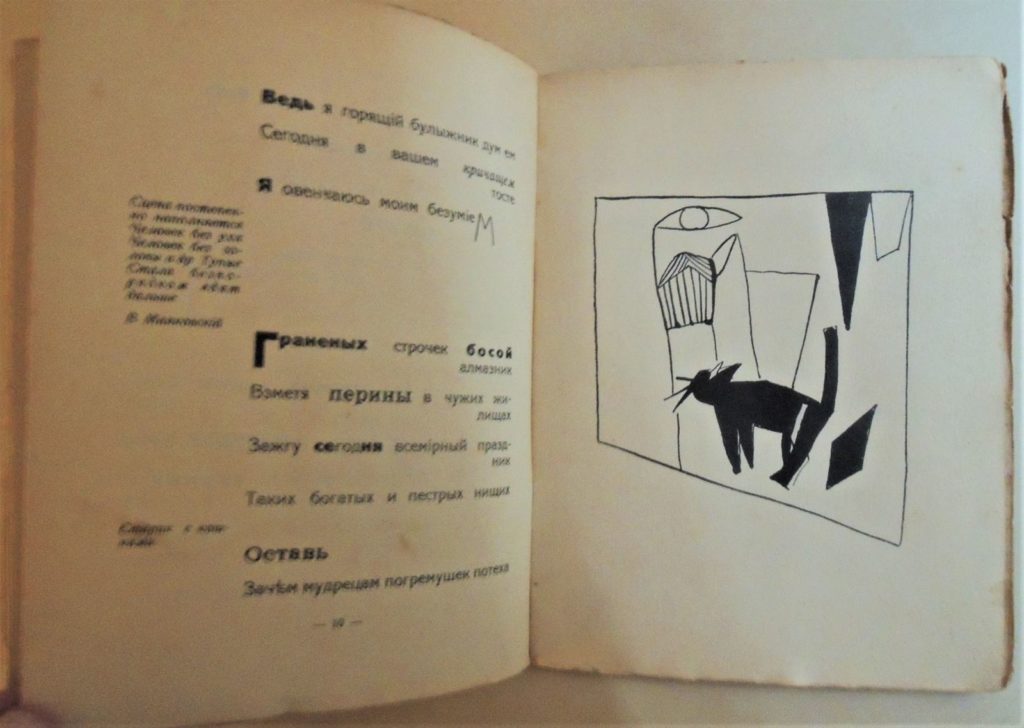 Long before the movie Being John Malkovich, Vladimir Mayakovsky (1893-1930) wrote the play Vladimir Mayakovsky (Tragedy), performing the leading role himself. Originally titled Владимир Маяковский, the 20-year-old poet finished his script in October 1913 and the play premiered in December at the Luna Park theater in St. Petersburg, alongside the futurist opera Victory over the Sun. The following year 500 copies of his visually striking poetry were published. 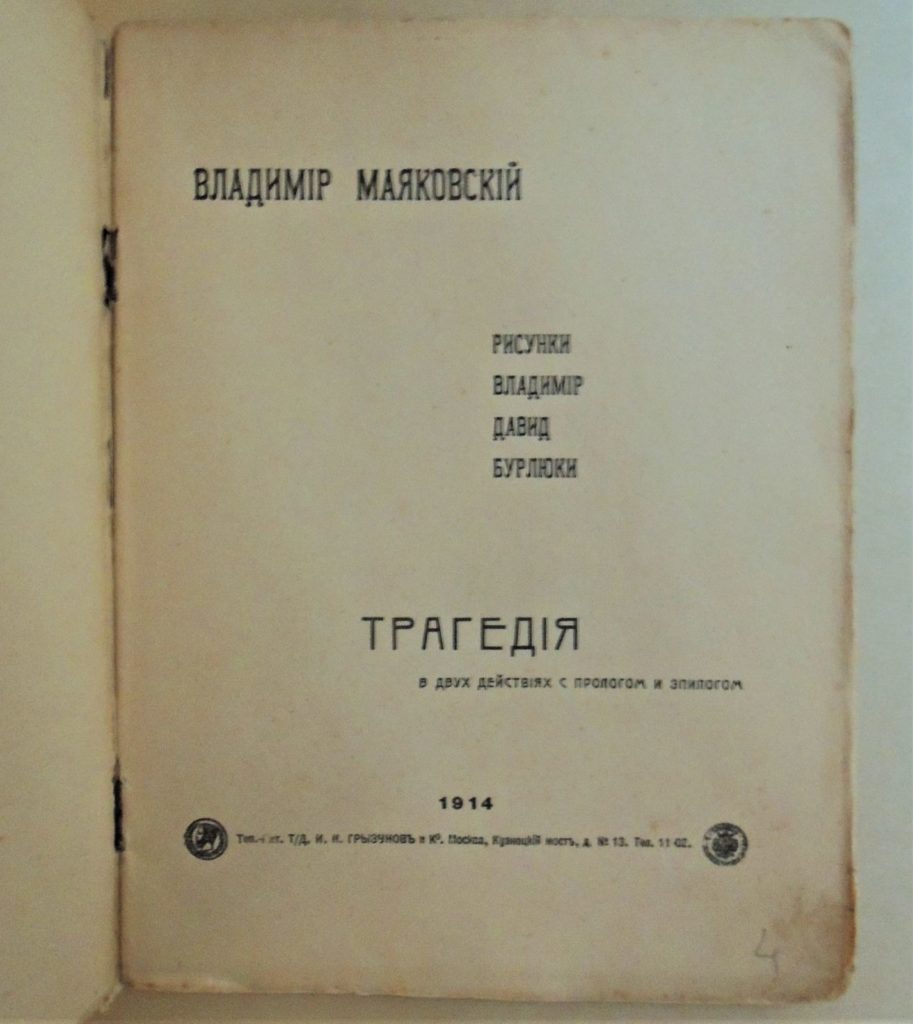 This rare and amazing book is now in the Graphic Arts Collection. Here a little background in rough translation:

The play, which had two working titles, “The Railway” (Железная дорога) and “The Riot of Things” (Восстание вещей), was written in the summer of 1913, in Kuntsevo near Moscow . . . . Sister Lyudmila Mayakovskaya remembered: “Volodyi felt very lonely. For days he was wandering through Kuntsevo, Krylatsky and Rublyovo parks, composing his tragedy … [At the house] he scribbled words, lines and rhymes on pieces of paper and cigarette boxes, [pleading with] mom to not throw anything away. ” [By] 9 November 1913, the Mayakovsky presented the copy of the [play] to the Petersburg theater censorship commission, having cut off some of the [controversial] bits. —https://pt.qwe.wiki/wiki/Vladimir_Mayakovsky_(tragedy) 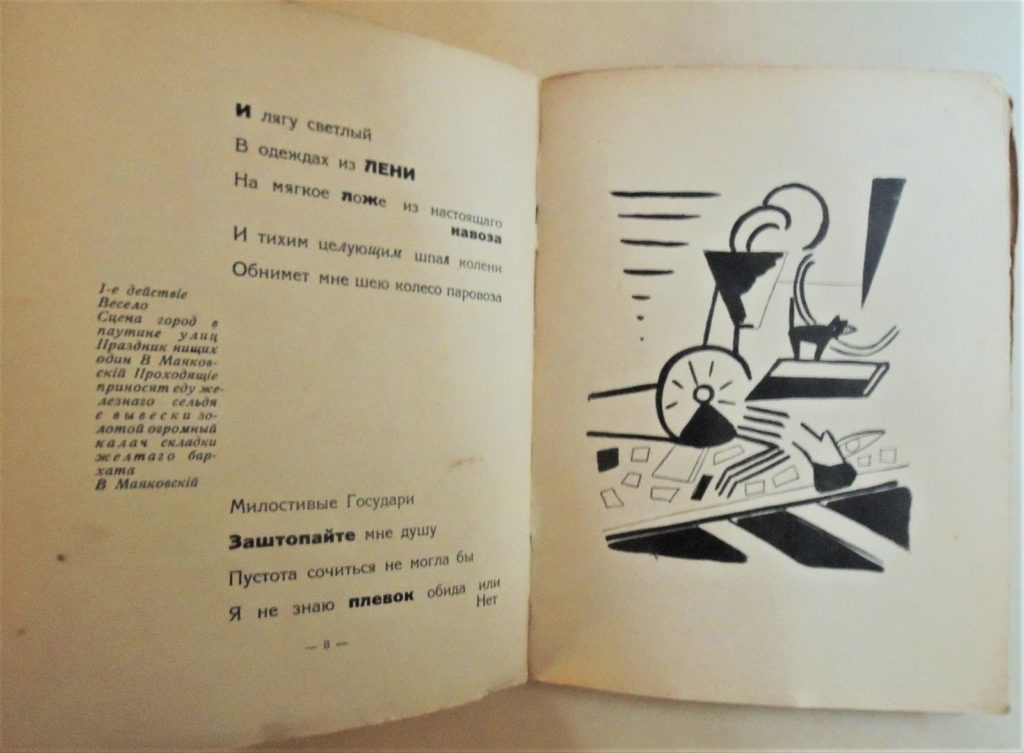 Two days before the premiere the entire cast resigned because of rumors that they were going to be beaten up by the audience. Mayakovsky found a group of art students who agreed to take their places. There were only two performances, on Tuesday and Thursday. Eggs were thrown. 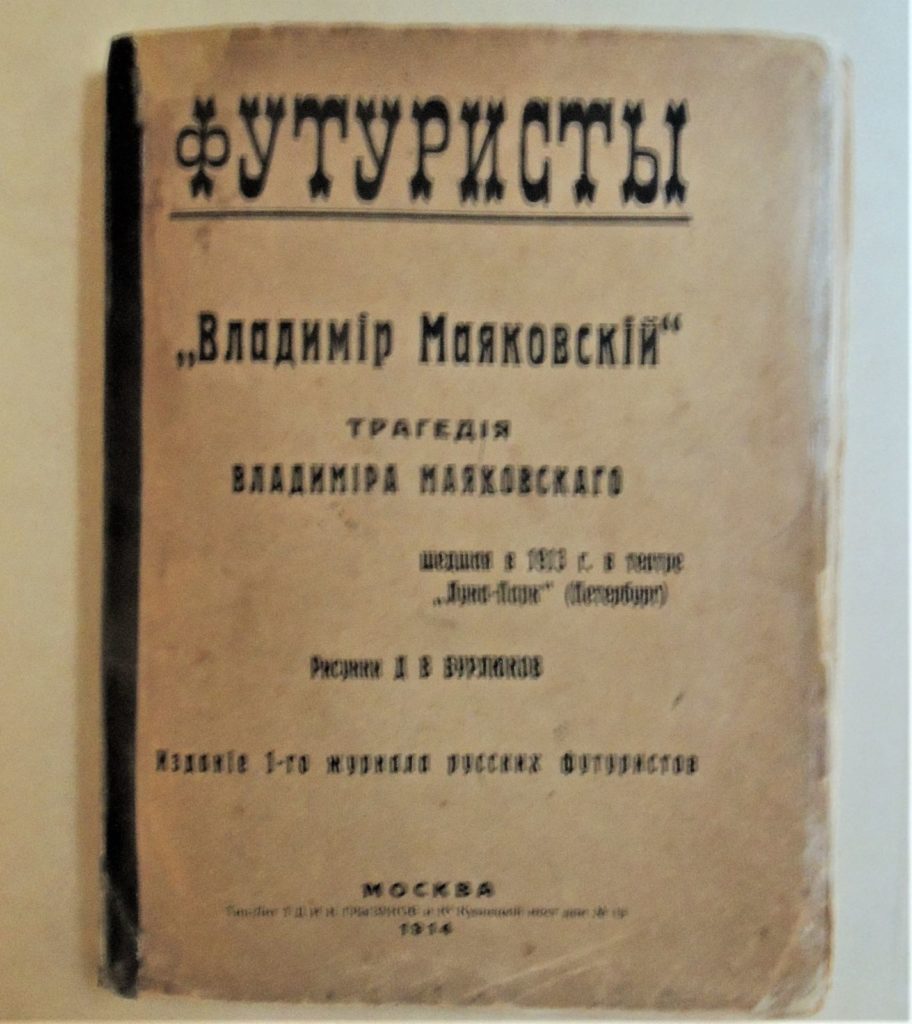 In the prologue Mayakovsky’s says he feels that “the wheel of a locomotive will hug my neck,” that is, he feels a lethal embrace of the dynamism and postrationality of daily life. …Feels like today. This is echoed in his explanation of why the play uses his name, to which he answered: “It is the name of the poet in the play who is doomed to suffer for all.” (Jangfeldt, Mayakovsky. A Biography, 2014, p. 65). 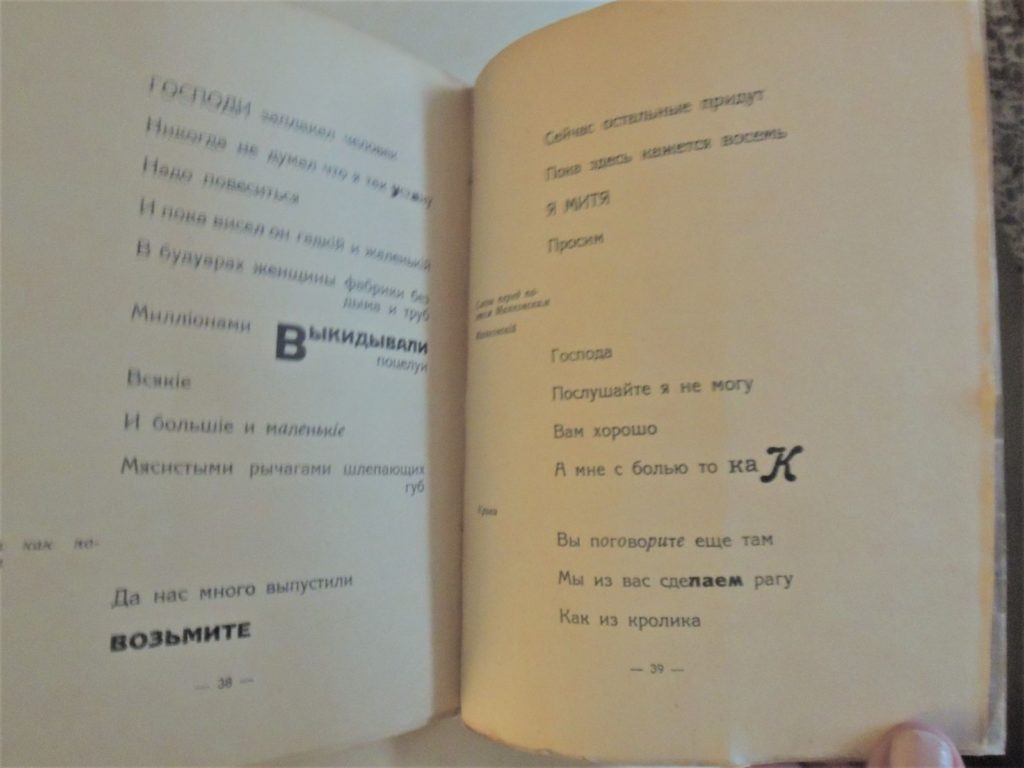 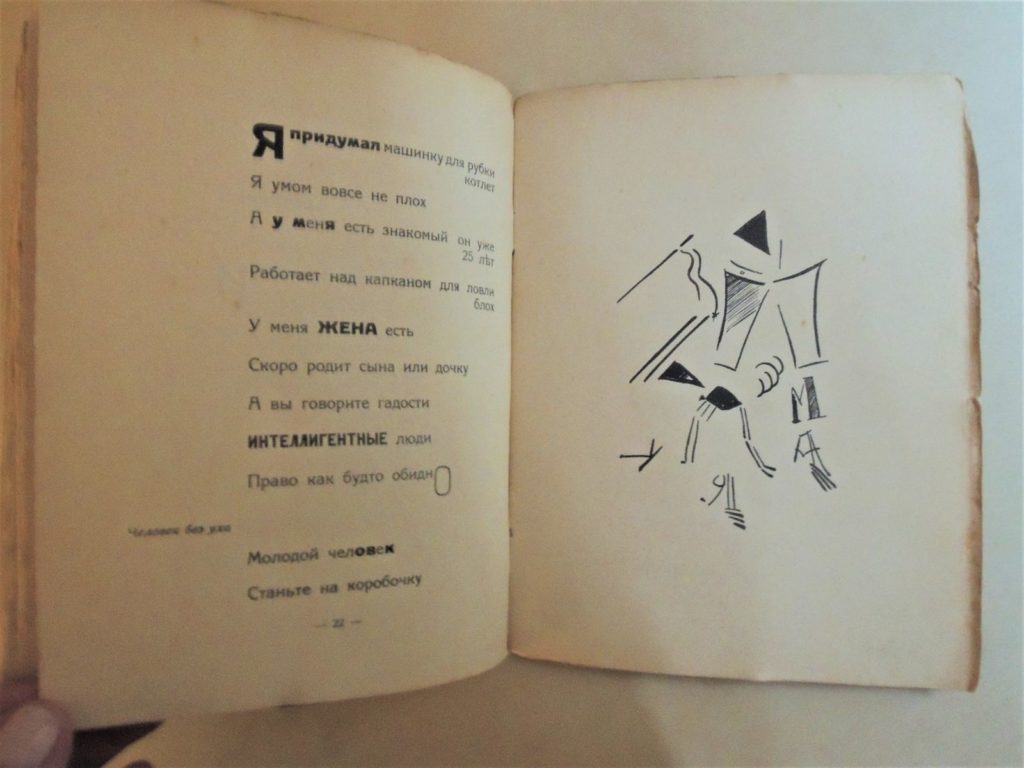 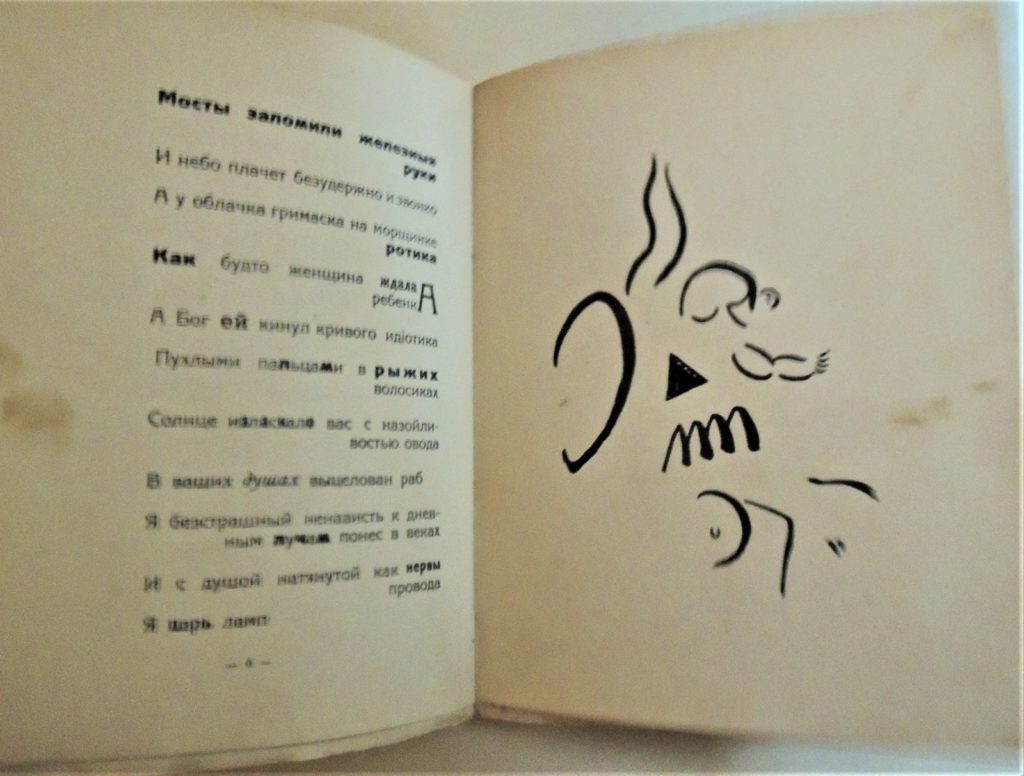 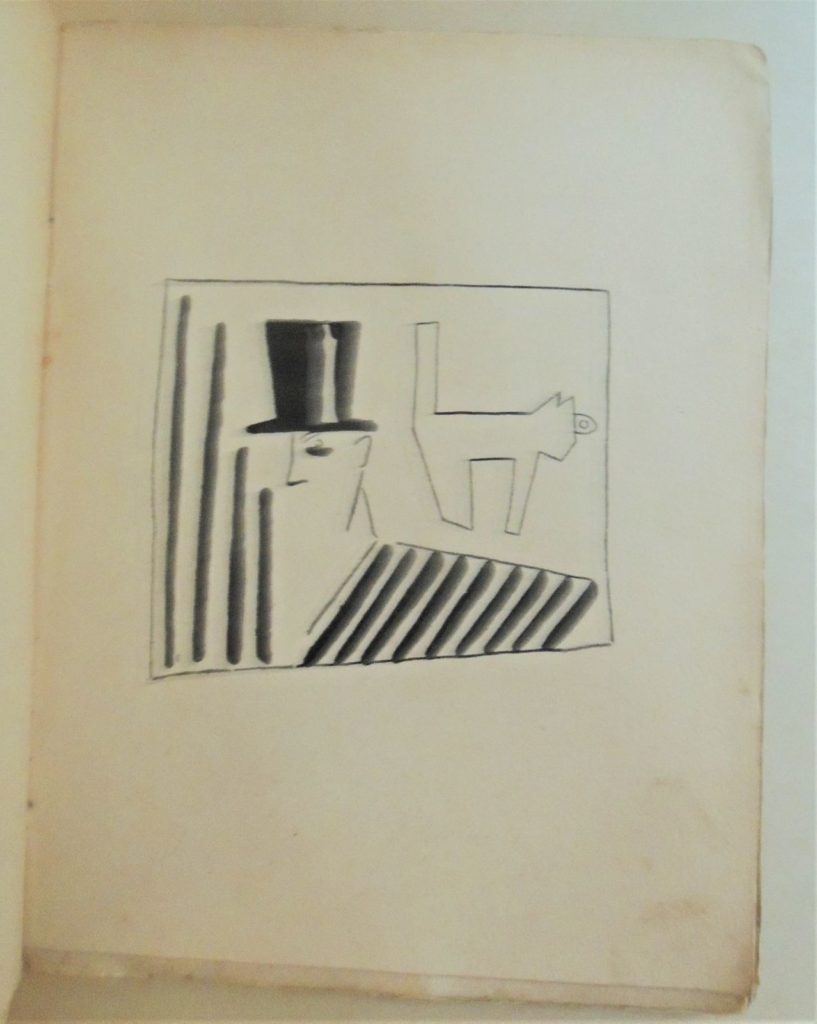 Please forgive the fuzzy images taken with my cell phone as we were leaving last week, but I didn’t want to miss the opportunity to post this amazing new addition to the Graphic Arts Collection.