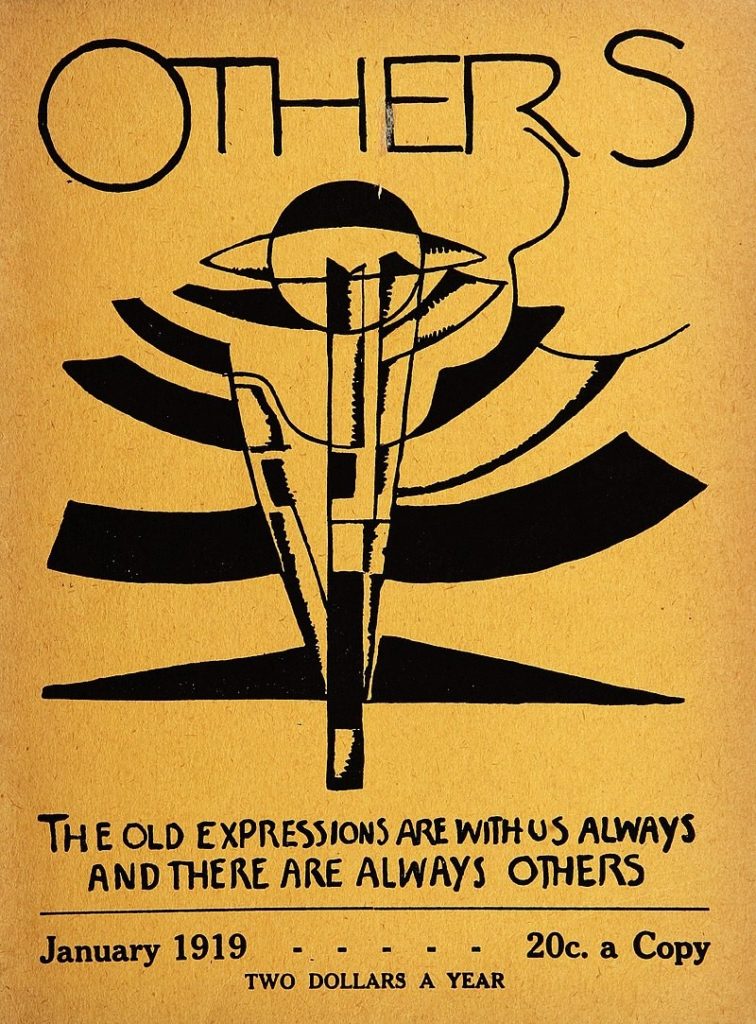 Others: a magazine of the new verse (Grantwood, N.J., New York, 1915-1919). Special Collections Rare Books 3598.68905. Art editor William Zorach. Full searchable text at Modernist Journals: https://modjourn.org/journal/others/ Its motto: “The old expressions are with us always, and there are always others.” 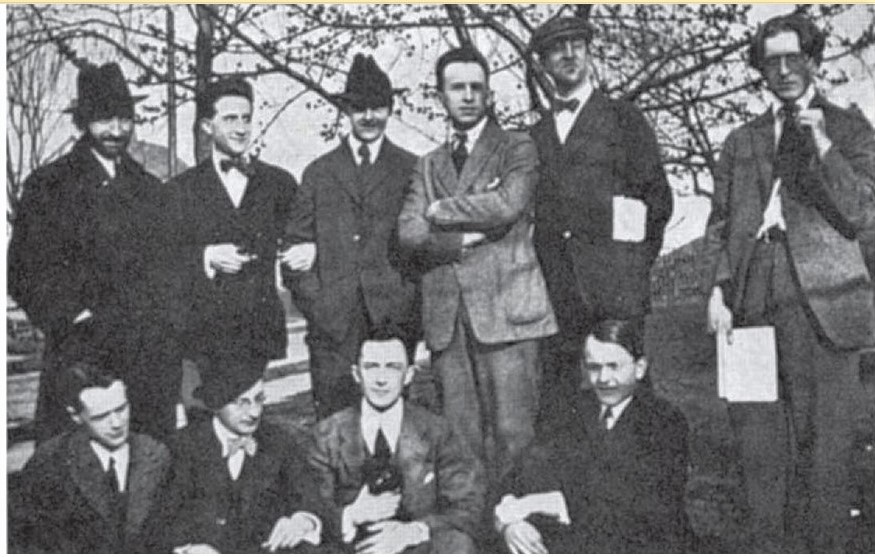 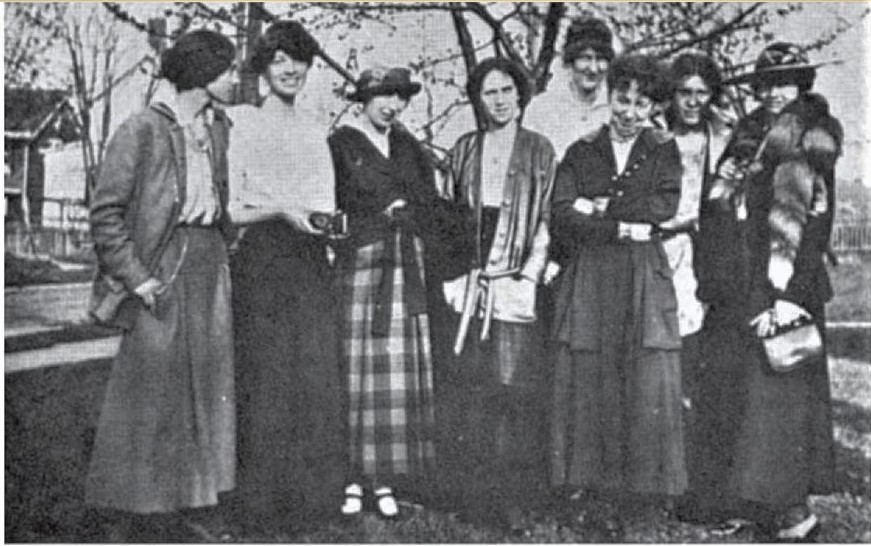 On a Sunday in April 1916, Floss Williams threw a party for her husband, William Carlos Williams, and his friends at their home in Rutherford, New Jersey. By all accounts guests began arriving in the morning, continuing throughout the day and into the night. Mrs. Williams fed them all day and night, with the help of several women who accompanied the men.

“In New York Williams was just another figure, another artist among artists, whose particular comings and goings were hardly noticed. But when the village descended on Rutherford, that was another story. As happened, for example, in April 1916, when Williams decided to throw a big bash for the Others crowd. It was still early spring, as the two photographs of the crowd taken that Sunday—one of the men and the other of the women—show. Alanson Hartpence was there, and Alfred Kreymborg in hat and wild bow tie, and of course Williams with Mother Kitty… There were others not in the photographs who showed up during that morning and afternoon and evening as the party got under way and the Williamses wined and dined the crowd into the next morning. Williams remembered Skip Cannell jumping half drunkenly onto the running board of his car as he drove over to Ed’s house to get some more ice.”–Paul Mariani, William Carlos Williams: A New World Naked (2016).

But who are the women in the other photograph? Did any of them write or publish in Others, even in Helen Hoyt’s “Woman’s Number”? See the anthology Others: A Magazine of the New Verse in 1916 or take a look in the individual issues, you can read full-text here: https://modjourn.org/journal/others/

This week’s project:
Who were the women of the Others group and which woman appears as a character in Ernest Hemingway’s The Sun Also Rises and A Farewell to Arms?
Mail your answer to jmellby@princeton.edu

In case it is helpful, a second photograph of some of the ladies turns up in “Further Conversations With Flossie,” William Carlos Williams Newsletter 3, no. 1 (1977): 1-7. www.jstor.org/stable/24564477 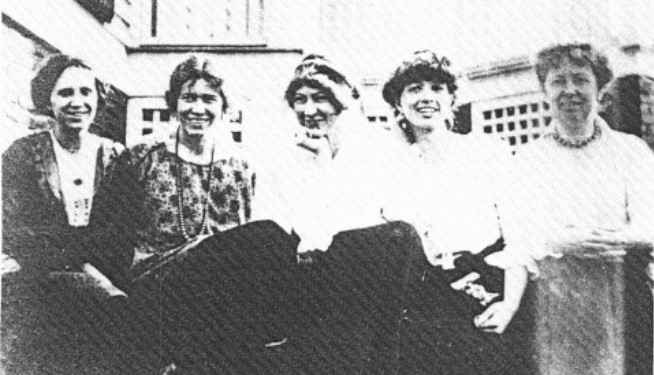