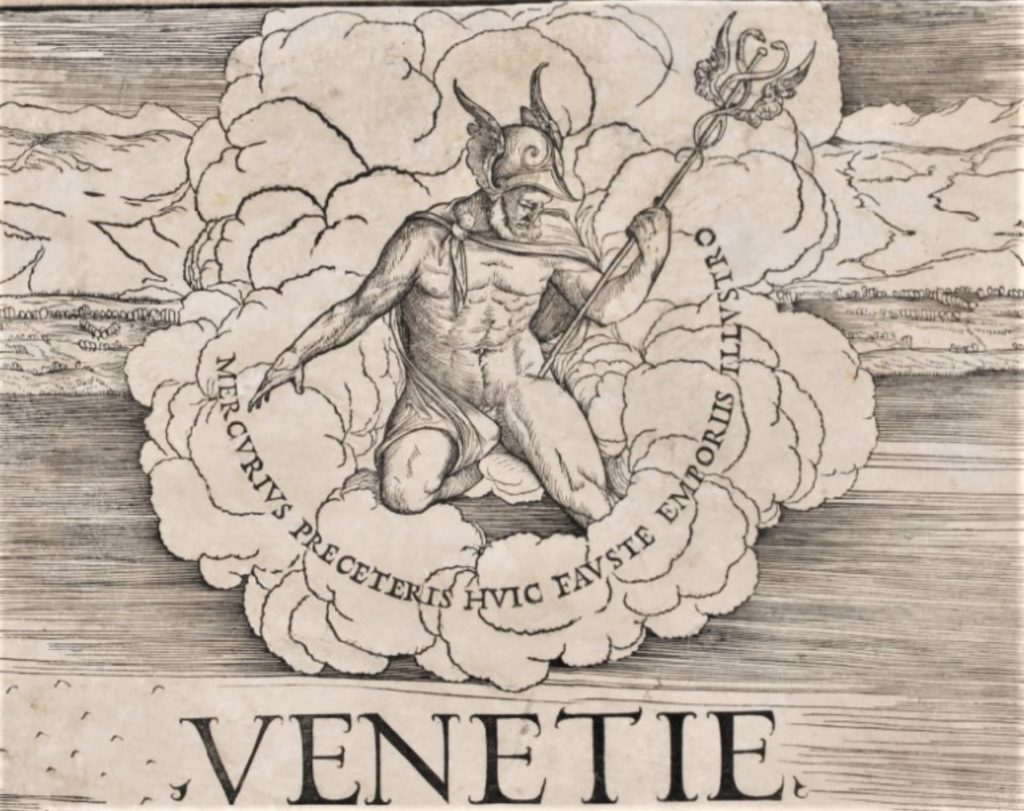 Mercurius Pre Ceteris Huic Fauste Emporiis Illustro = I, Mercury, Shine favorably on this market that surpasses all others

One of the landmark woodcuts of the renaissance is Jacopo de’ Barbari’s bird’s-eye view of Venice, printed from six enormous woodblocks that are still in good condition in the Correr Museum in Venice. Amazingly, there are twelve extant prints of the first 1500 edition; six of the second 1514 edition; and six of the third from the later sixteenth century. Several institutions have digitized their sheets at high resolutions allowing us to closely examine every centimeter of the extravaganza (three links are offered above but there are more). De’ Barbari presents an elongated view of Venice from a vantage point somewhere above San Giorgio Maggiore, which has been compared to the shape of a dolphin. GoogleMaps, below, is condensed but still somewhat fish-like: 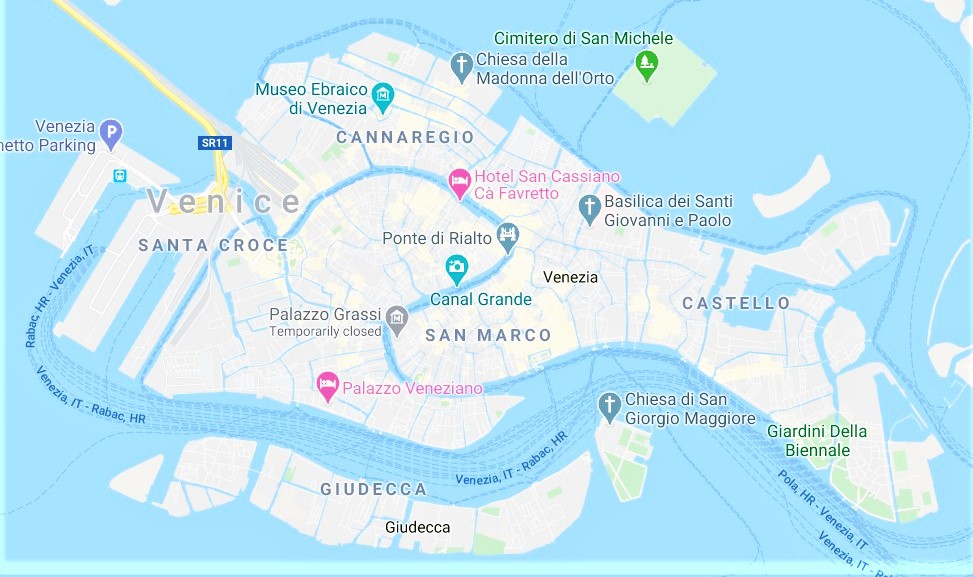 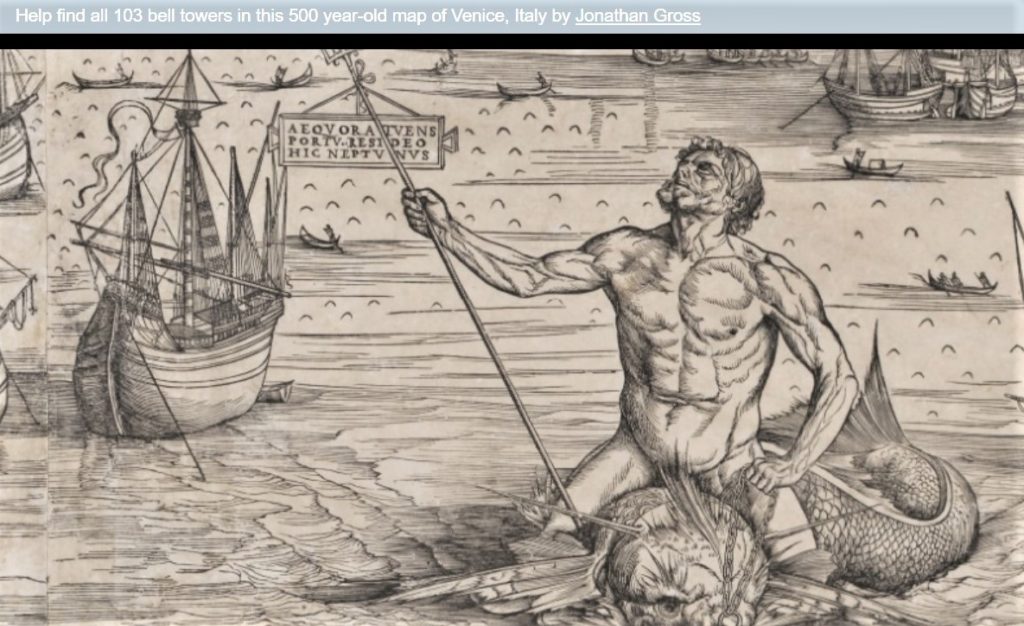 Digital reproductions show the meticulous detail De’ Barbari was able to achieve in his depiction of architecture, commerce, and day-to-day Venetian life. In 2016 a project called “The Venice Atlas” was posted at: http://veniceatlas.epfl.ch/mapping-venice-1500-searching-the-de-barbari-map-final-report/. Among the many things accomplished by the DH project was a count of the bell towers found in the map. Jonathan Gross then asked the public if they could not only find the 103 towers identified but if any others had been missed. As a fun, no pressure home project this week, see if you can find 103 bell towers in De’ Barbari’s view of Venice. 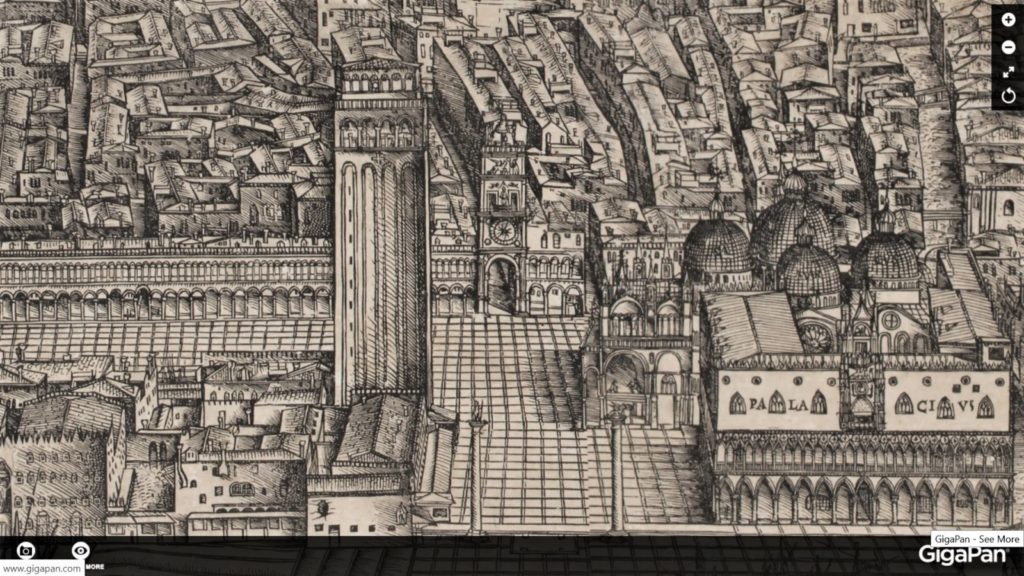 If you look at several of the Venice maps online, check to see if they have a temporary flat roof on the great bell tower in St Mark’s Square, which was erected after a fire in 1489. This means it is a first state, not the second for which the wood blocks were altered to show restoration work done in 1511-14.

One additional search might be for the former Senate Secretary Antonio Landi, hanging by his neck in Canal de San Secondo. The noose hangs from a pole balanced on two tripods. It can only be found in one state of the print and there is no explanation why it was removed. Perhaps the wood was worn down. 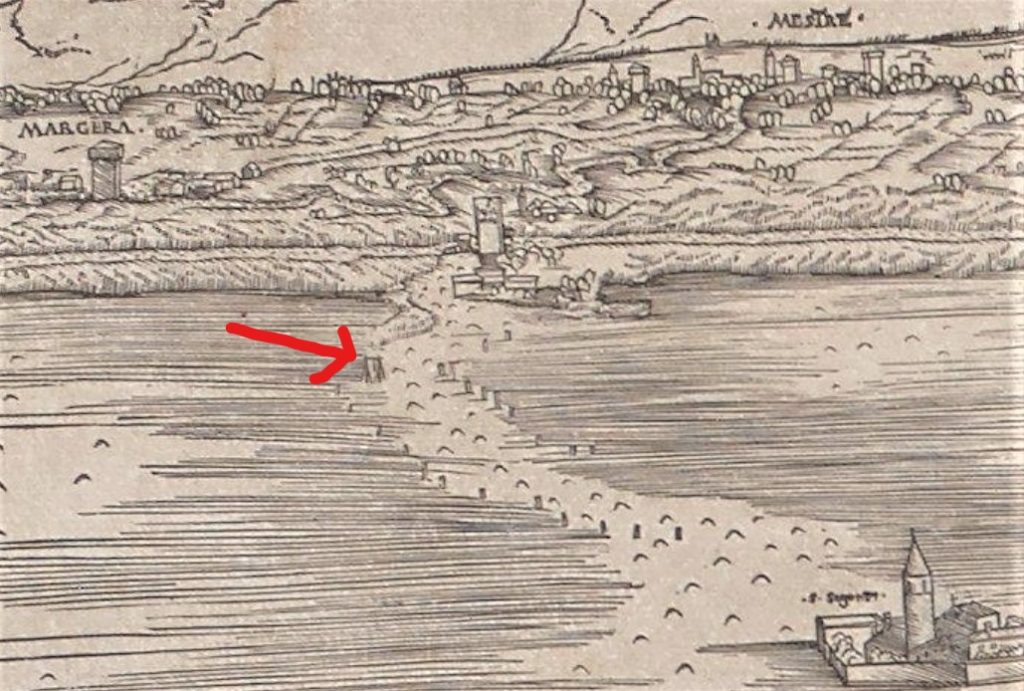 At the top center is the messenger god Mercury, looking down at the city with Neptune riding a sea monster at the mouth of the Grand Canal. Along the sides are putti representing the eight major winds. It has been suggested that the figure representing the northeast wind (left) may be Barbari’s self-portrait. 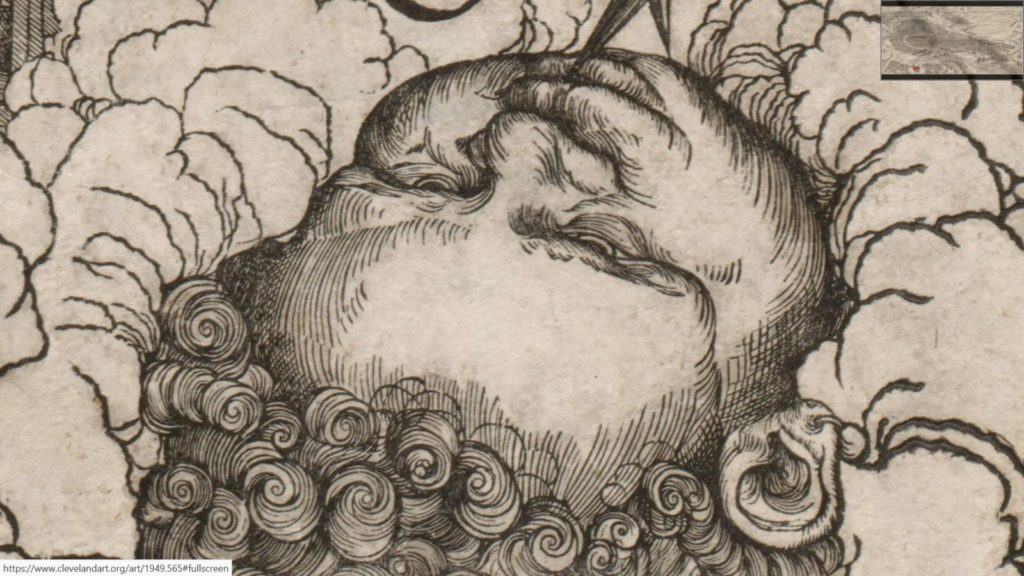 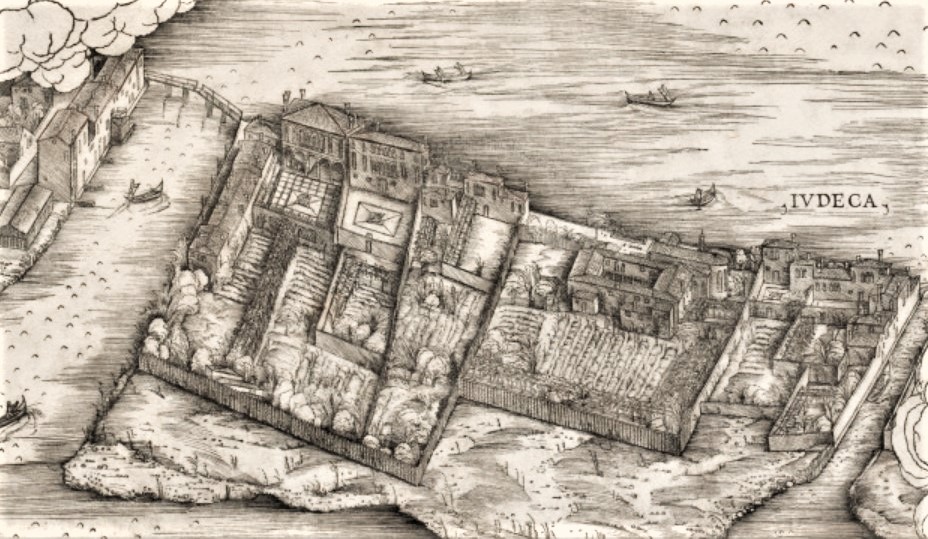 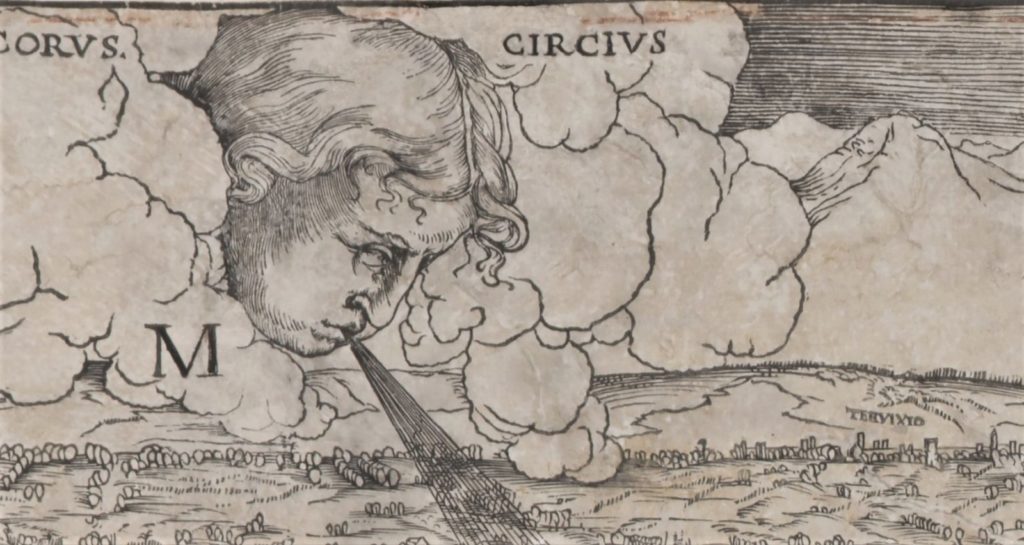