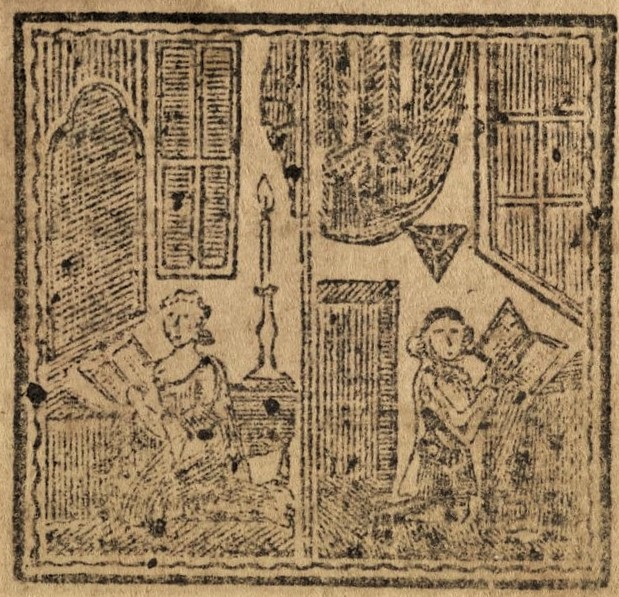 https://dpul.princeton.edu/ga_treasures/catalog/9593tz72p
The History of the Holy Jesus … Being a pleasant and profitable Companion for Children : composed on Purpose for their Use. By a Lover of their precious Souls. 15th edition (Boston: Printed by I. Thomas, for Z. Fowle, [1767?]). Graphic Arts Collection Sinclair Hamilton 68 (2) s

The History of the Holy Jesus: containing a brief and plain account of his birth, life, death, resurrection, and ascention into heaven : and his coming again at the great and last Day of Judgment : being a pleasant and profitable companion for children : compos’d on purpose for their use / by a lover of their precious souls. Sixth edition (Boston: Printed by J. Bushell and J. Green, 1749). Graphic Arts Collection Hamilton 28s

Later on the Boston printer Zechariah Fowle (1724-1776) published several editions of this book with illustrations recut by young Isaiah Thomas (1749-1831). Hamilton notes “Certain of the cuts in these two edition of 1766 and 1767 appear to have been re-engraved from those which James Turner may have made for the earlier edition…. All of these are in reverse form the earlier cuts and are of poorer workmanship than the originals. Some changes have been introduced such as … in the cut of the prodigal son the number of swine has been reduced from two to one. There is also a small cut of a three-masted square rigger, presumably representing the ship which figured in the miraculous draught of fishes, which may have been copied but not in reverse, from the more elaborate cut of a ship, proudly flying what looks very much like the English flag, in the earlier editions.”

Besides the changes in cuts, Princeton’s 1767? volume has a unique hand painted paper wrapper with the design continued on the back. This copy is missing pages 1-10 and 41-45 but the rest is usable and a great comparison with the earlier cuts. 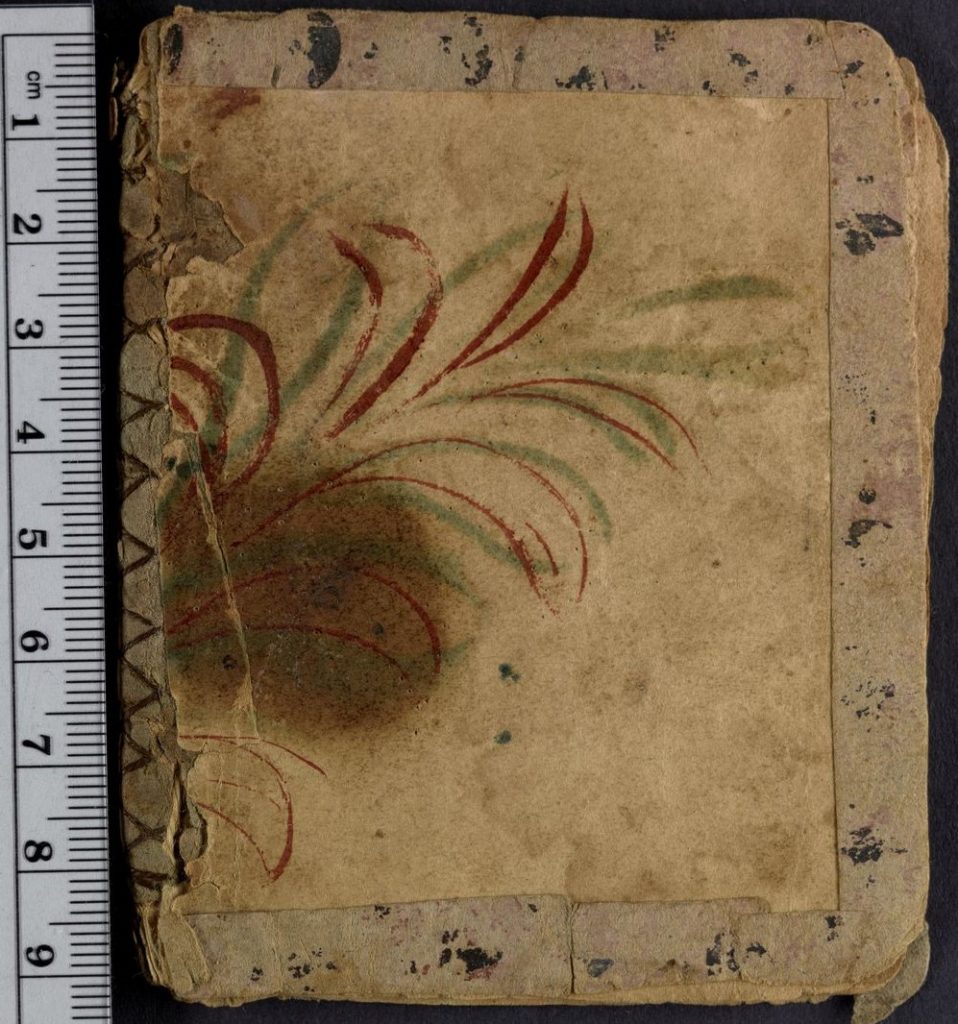 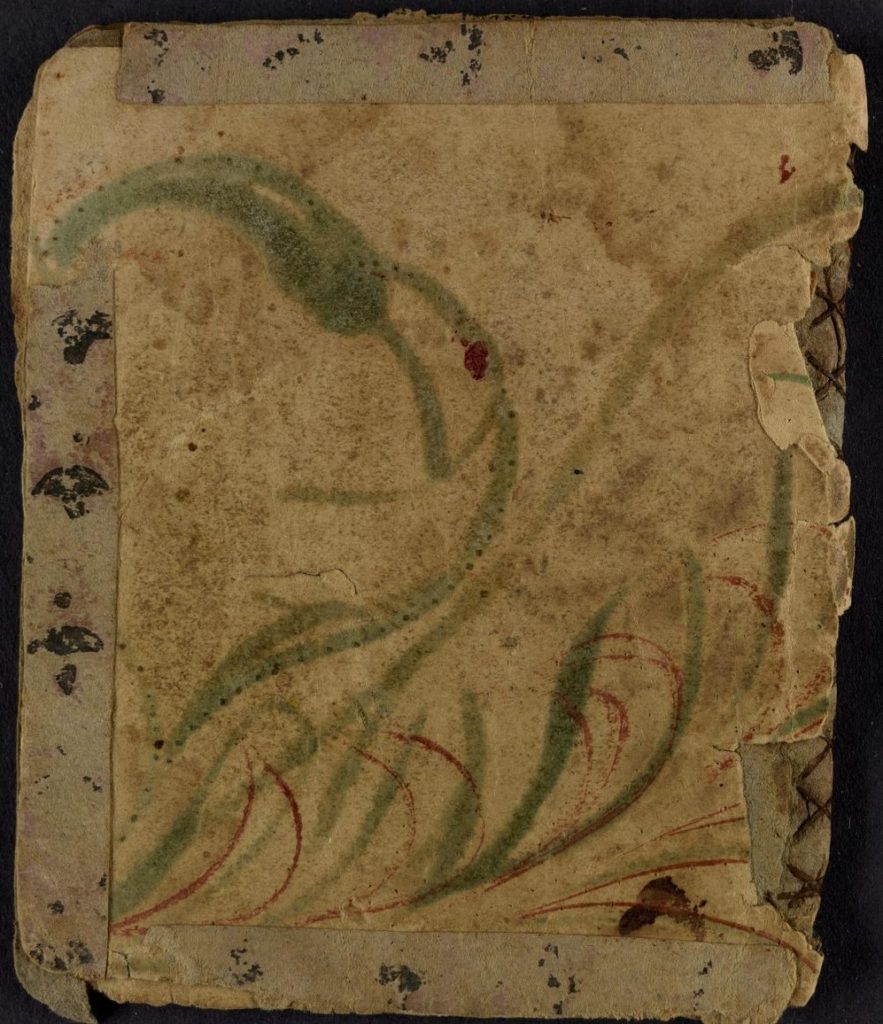 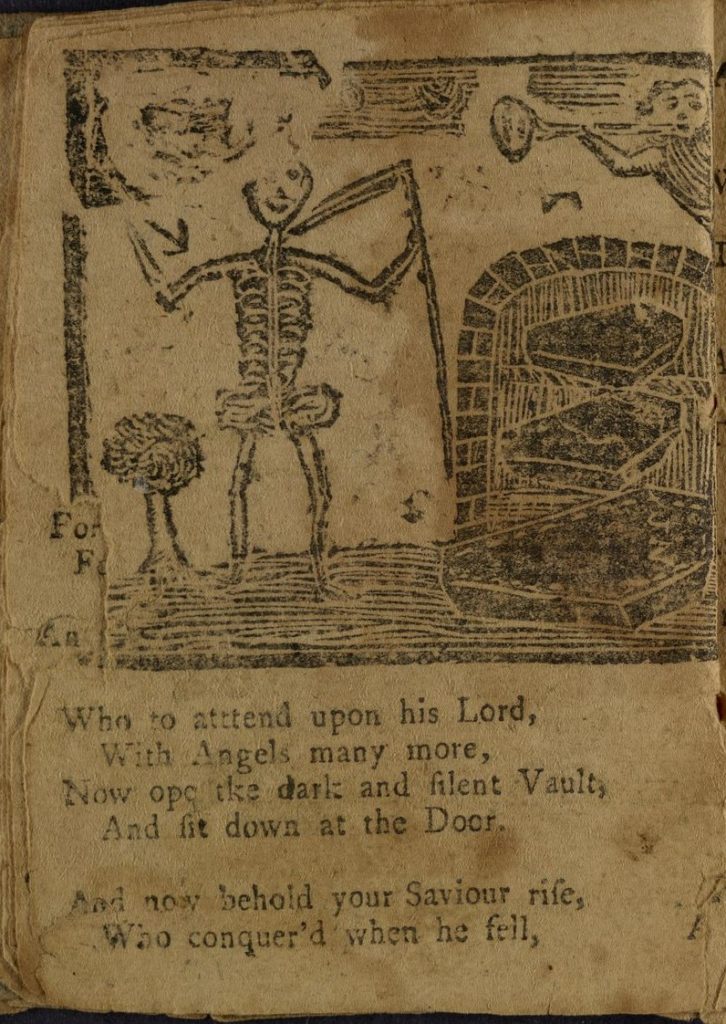 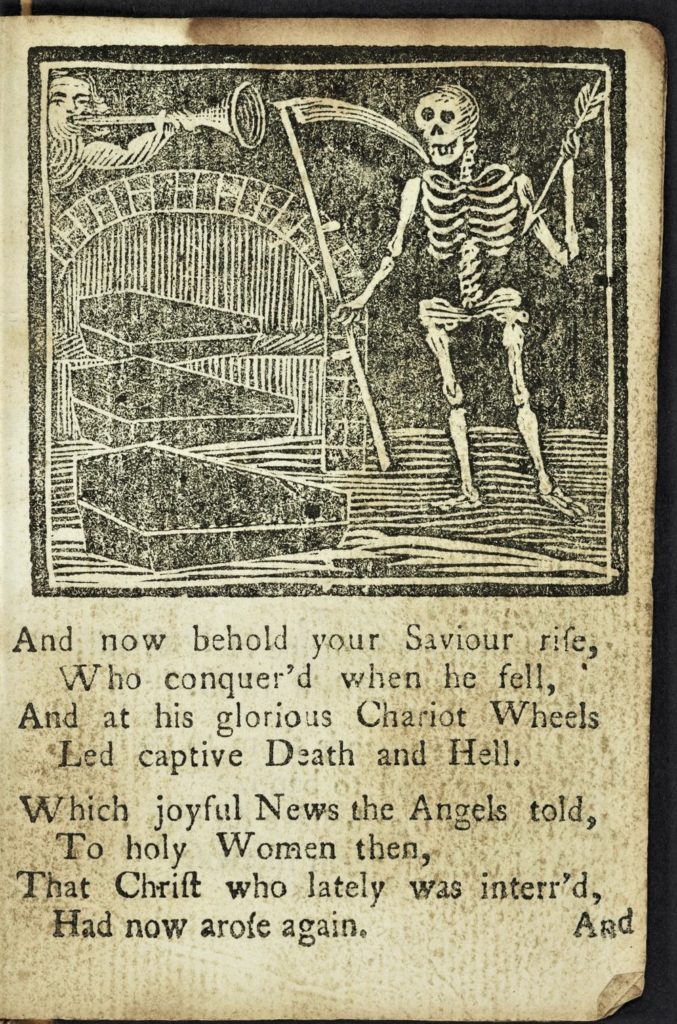 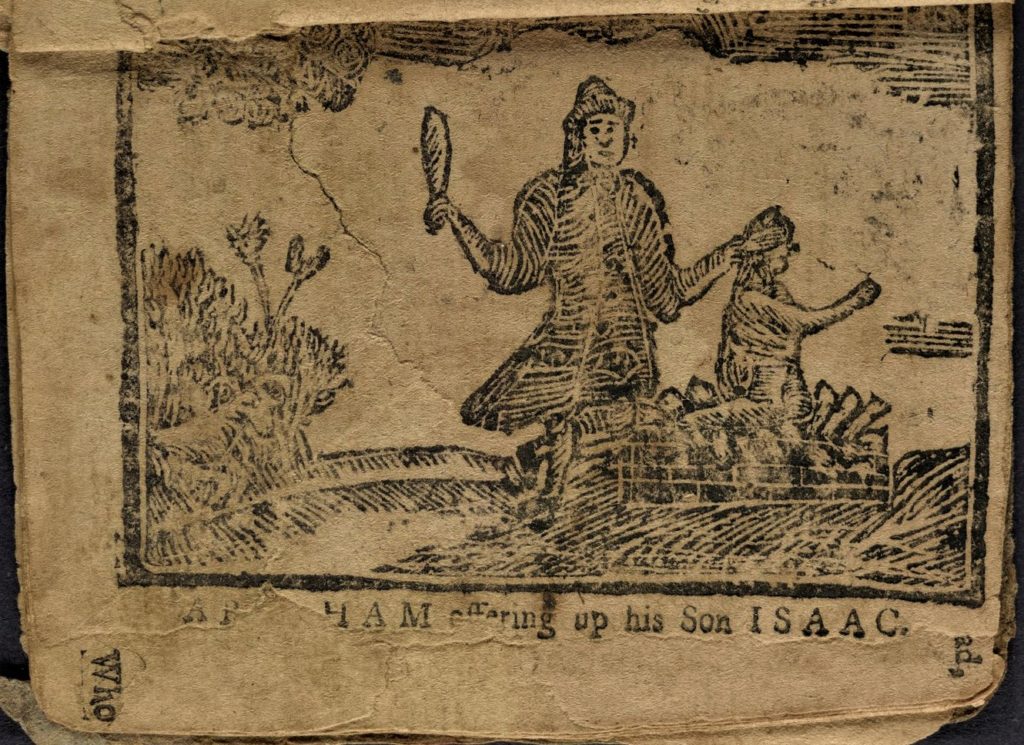 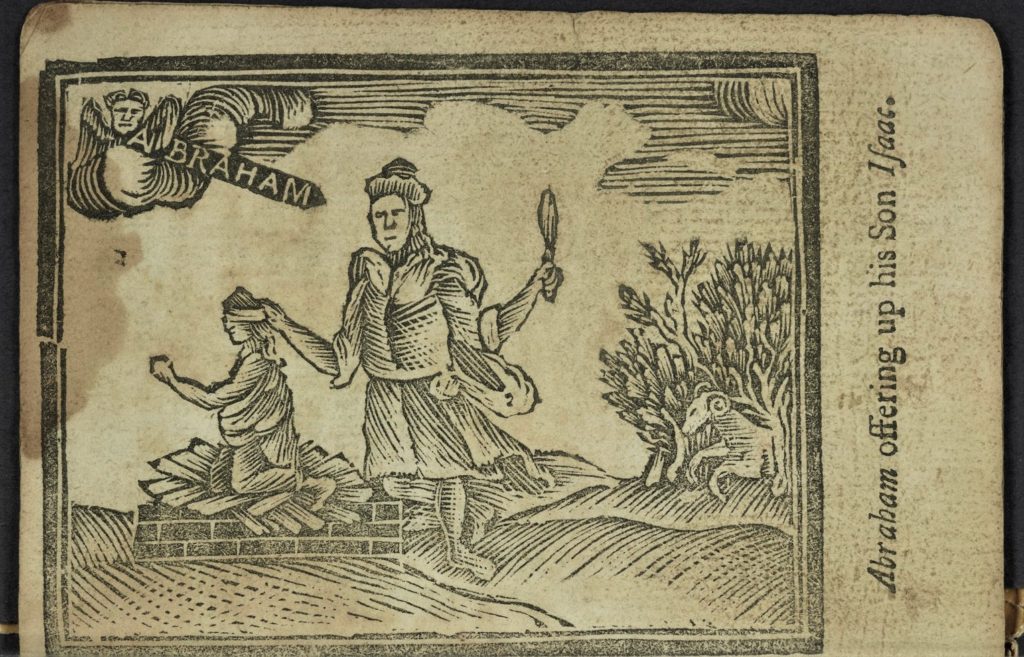 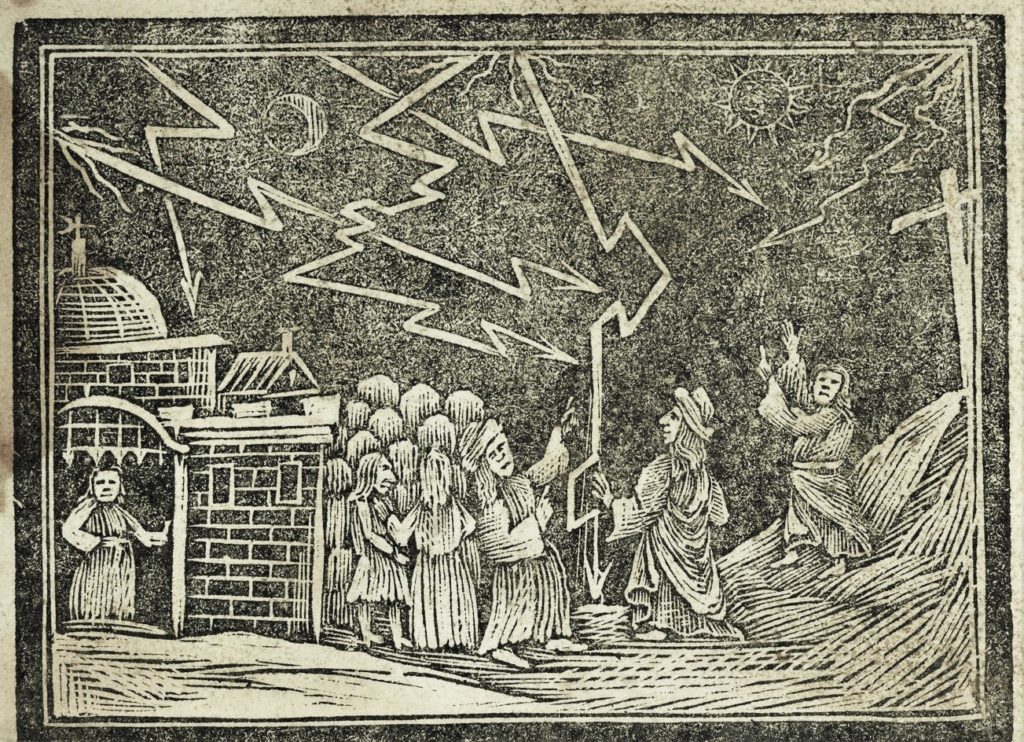 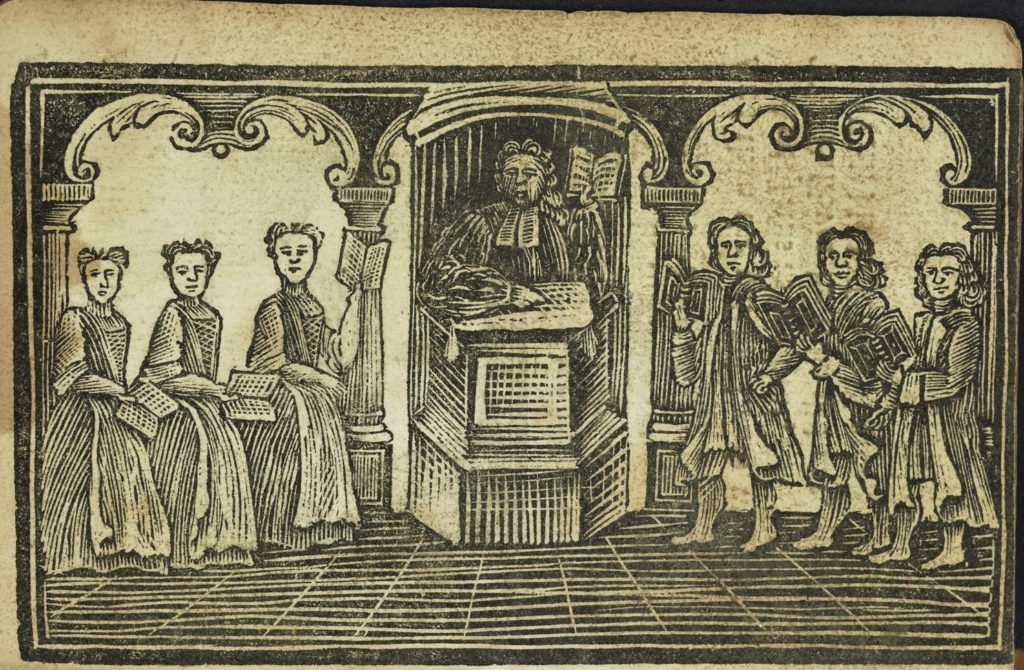 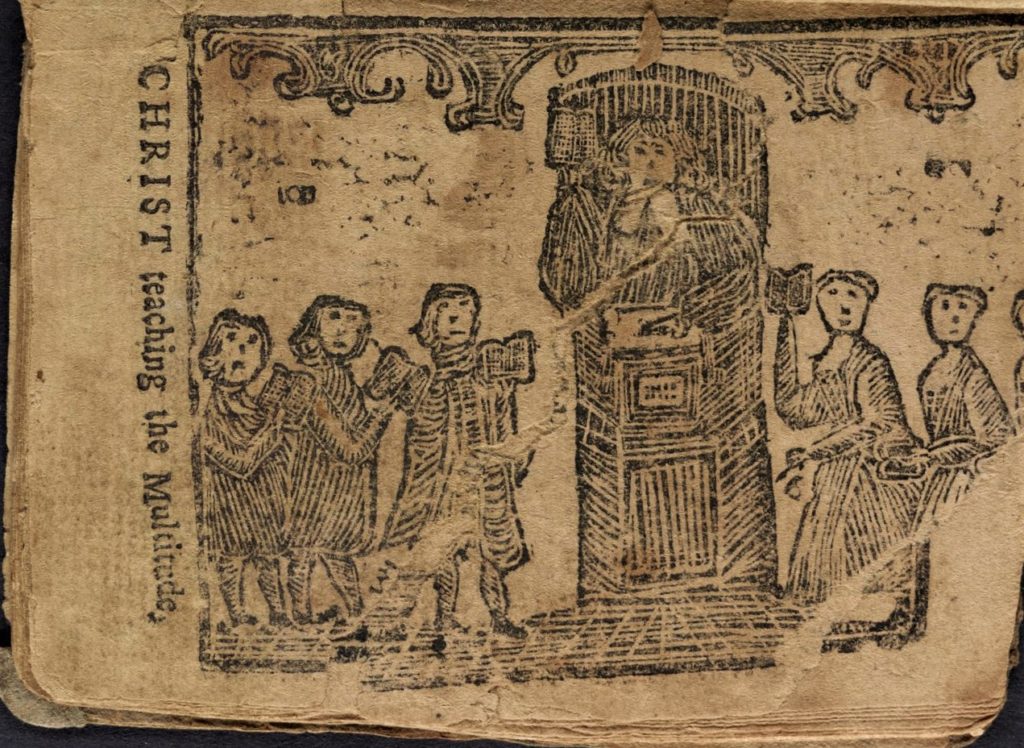 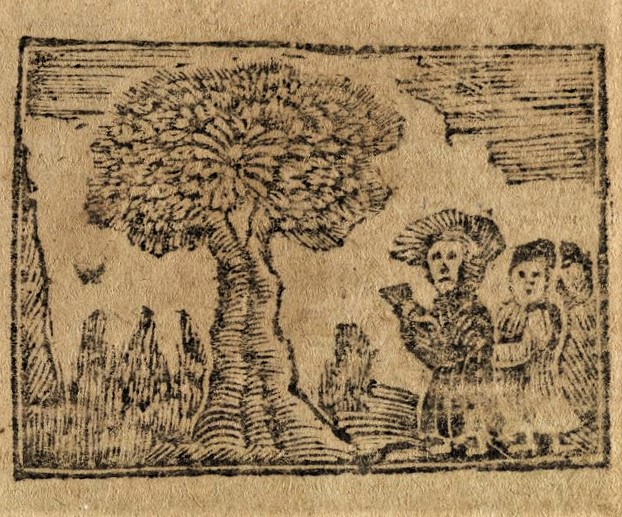 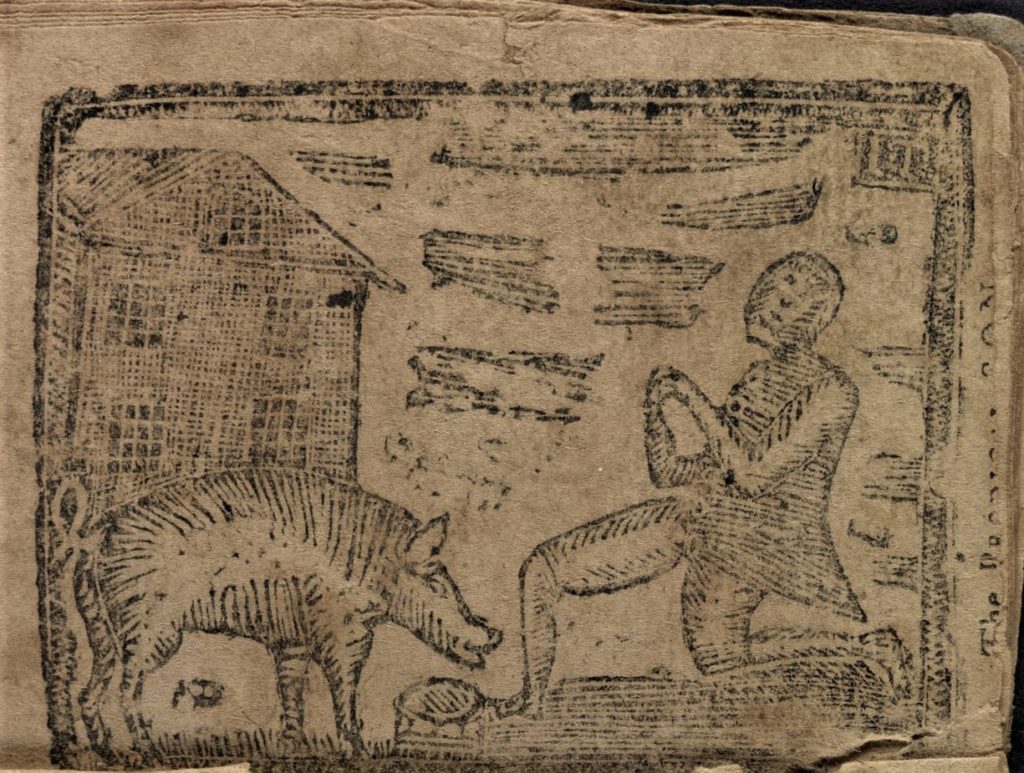 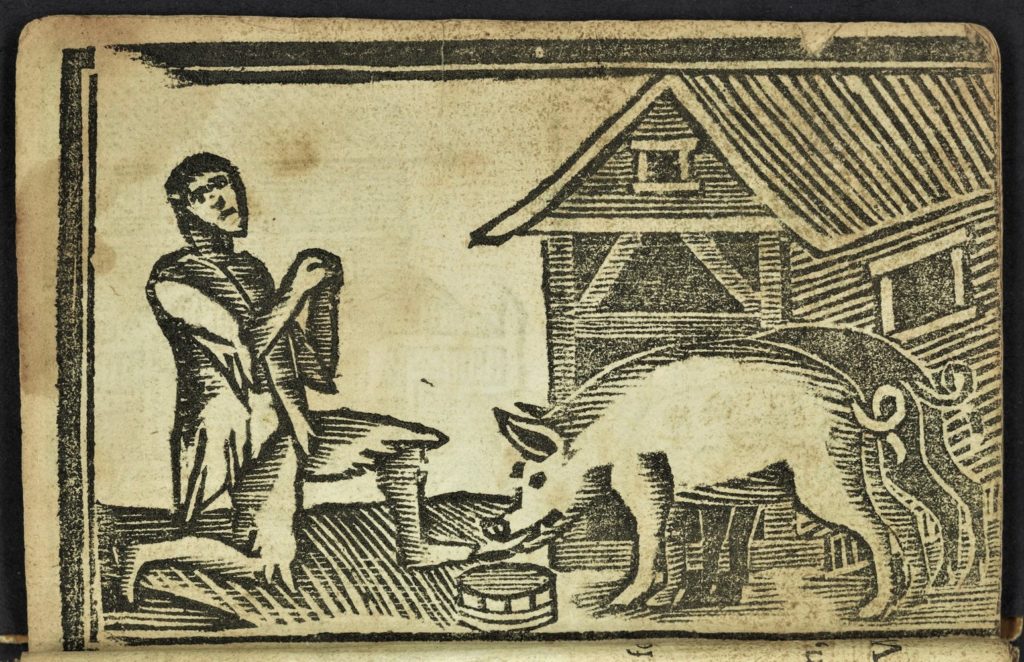 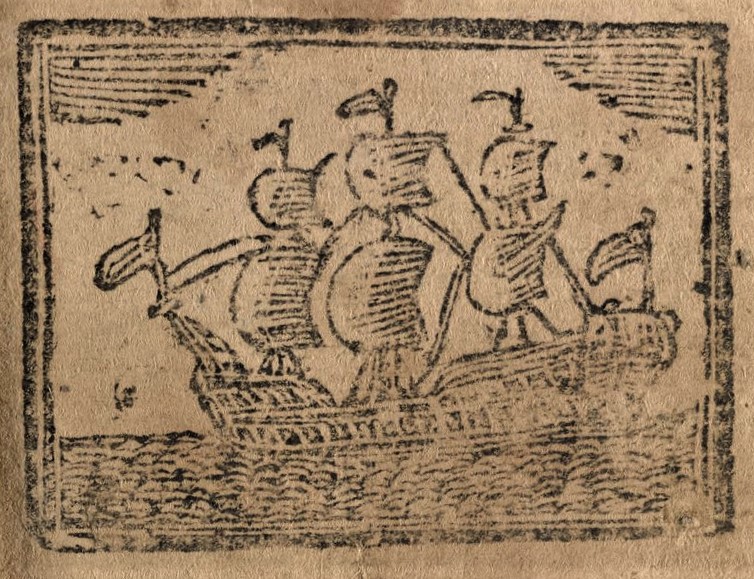 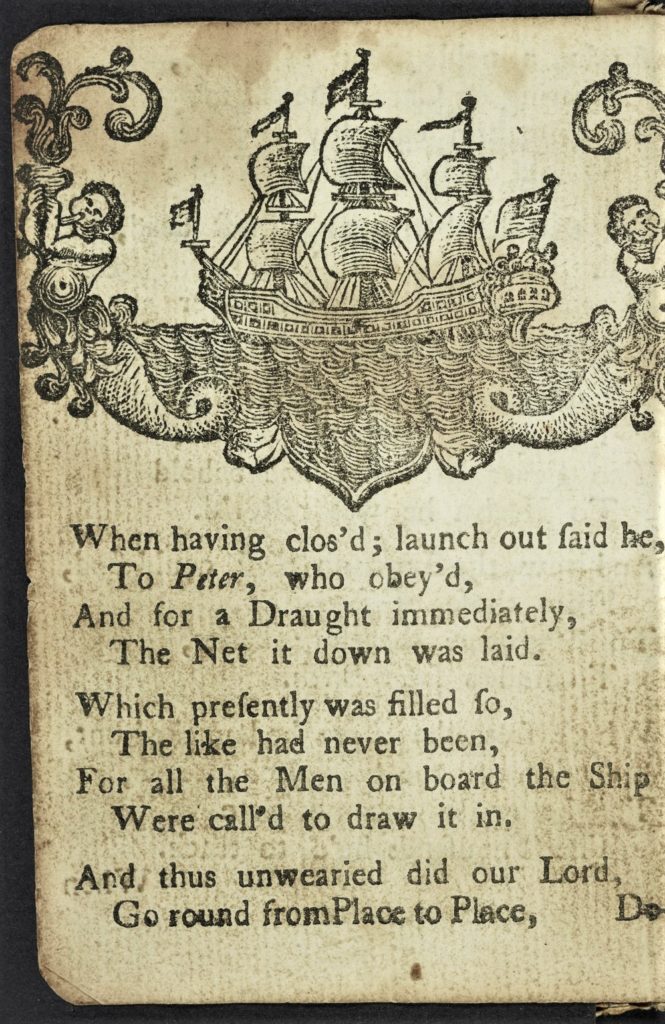